Despite being the heartthrob on screen making us all crazy with his mysterious looks and batman moves, we still don’t know much about the woman who makes him go weak in the knees.

Every now and then Robert Pattinson is seen holding hands and attending events with this mysterious lady who likes to keep herself away from the limelight.

The British actor Robert Pattinson is dating Suki Waterhouse, a model/actress who is head over heels in love with the new Batman. Not many people know this but the British power couple has been together for 3 years now. The couple likes to keep their relationship under the table.

Both high profile personalities were involved with celebrities before getting together.

Waterhouse has been dating celebrities since 2013 when she was first linked to Bradley Cooper in a two-year-long relationship. The model then dated Miles Kane and James Marsden before Rob.

Whereas, Pattinson previously dated his Twilight co-star Kristen Stewart for three years before splitting when Stewart cheated on him with her Snow White and the Huntsman director Rupert Sanders in 2012.

He was recently seen promoting Batman on the Jimmy Kimmel show where he talked about the reaction of Suki and how she was impressed by him.

Here’s everything you need to know about the British model Suki Waterhouse and her dating timeline with the Twilight actor.

Who is Suki Waterhouse?

Born in Hammersmith, London, Suki Waterhouse is one of the most successful models of the past decade. Her career began at age 16 with a few fashion campaigns for River Island and Tommy Hilfiger before breaking into modeling full-time at 18 with a spread in British Vogue. At the age of 25, she was a Victoria’s, Secret Angel. She has appeared on the cover of Vogue and Elle and graced the pages of countless other fashion magazines.

She began her acting career in 2014 with a romantic comedy, Love, Rosie alongside Lilly Collins. Her most successful film includes The Divergent Series where she played Marlene.

No matter how much you adore Robert Pattinson or Suki Waterhouse, you still know very little about the couple. The pair have been together for almost 3 years but there’s still so much we don’t know.

Twilight star Pattinson and British model Waterhouse have been dating since 2018 and have kept a low profile since the news broke. 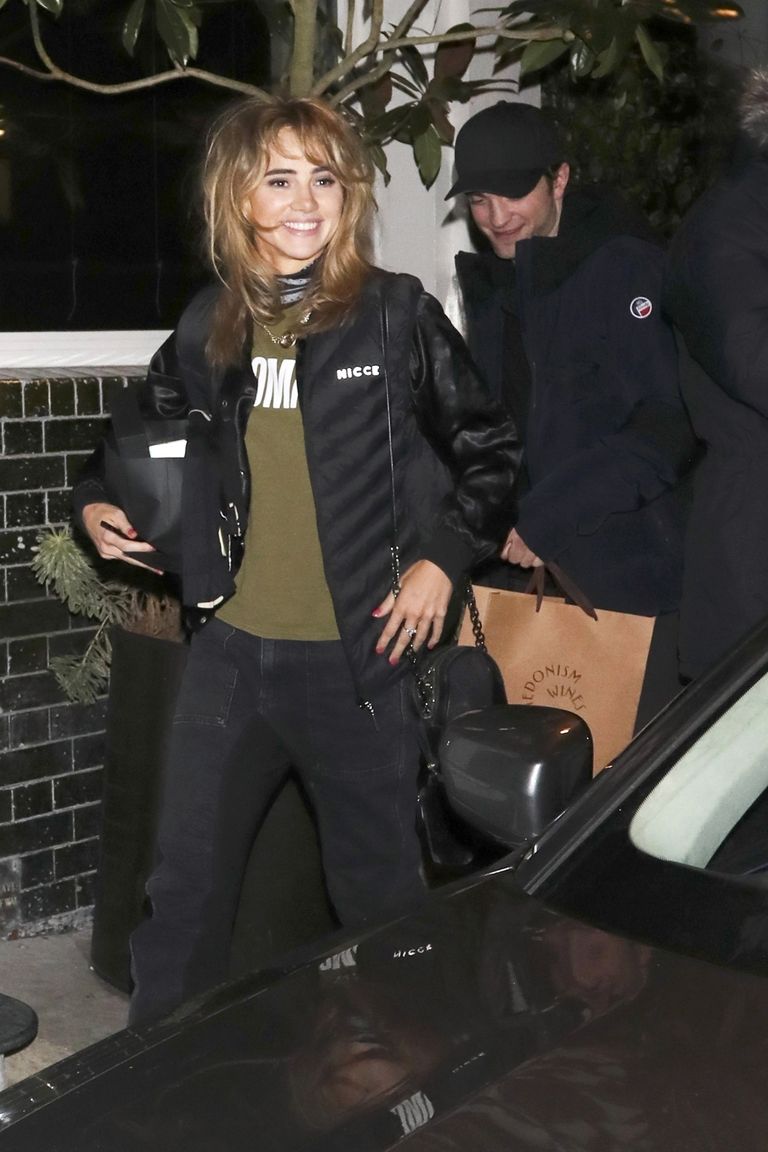 As a starter, the two were first linked in July 2018 when they were spotted getting cozy at a club in London.

Since then, the couple has been pretty private about their relationship (though they have been spotted out and about quite a bit).

In December 2018, the couple was seen together leaving a Christmas party in London. There were conjectures that Bradley Cooper was also among the other guests present at the party.

In January 2020, there were various speculations floating in the air regarding the gold band wrapped around Suki’s engagement finger. There were rumours sparked when the couple was seen in public. Although there were no clarifications neither accepting nor denying the rumour.

In April 2021, Suki posted a happy picture on her Instagram that looked like a regular insta post but fans caught the couple kissing in the background in a photo frame placed on the bookshelf.

Robert Pattinson Talking About Suki For The First Time

After keeping the relationship off the public eye for a long period, Robert finally spoke about his relationship with the British model Suki in an interview with GQ where he shared that Suki affects his decision making process a lot. By the looks of it, slowly and steadily the power couple is getting comfortable flaunting their love in the public and honestly, we’re here for it!