Phoebe Dynevor garnered the attention of the viewers after playing the role of Daphne Bridgerton in the first season of the Shondaland period drama Bridgerton. She was cast in Netflix’s popular hit show alongside Regé-Jean Page.

The fans loved seeing the sizzling on-screen chemistry between the lead characters of the show. Many even thought that the two of them were dating each other in real life. Keep reading further to learn more about the love life of Phoebe Dynevor. 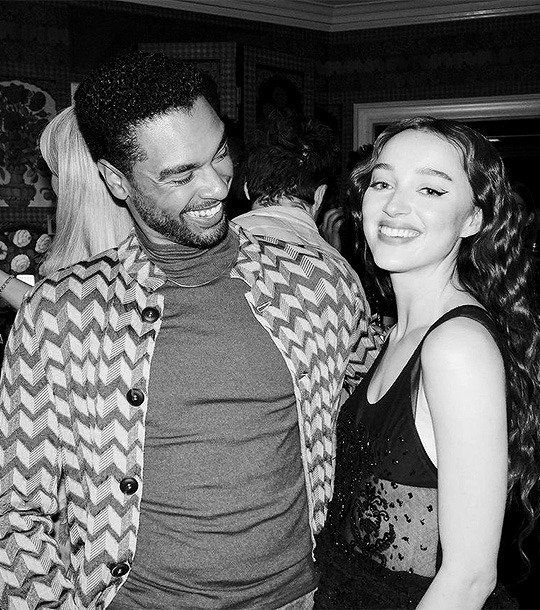 Who is Phoebe Dynevor dating at the moment?

As of right now, the current relationship status of the Netflix star Phoebe Dynevor is not known. Based on her social media handles, it looks like she is single at the moment but there is also a slight possibility that she might be dating someone in private.

The fans believe that Phoebe is dating Jaden Smith, the son of Will Smith and Jada Pinkett Smith. In November 2021, Phoebe was spotted out and about in public with Jaden Smith. Then, the two of them were snapped together while leaving a Louis Vuitton bash at Nobu Malibu. At the moment, the nature of the relationship between Phoebe and Jaden is unknown but the fans think that they are exploring a coupledom in private.

The Bridgerton star was romantically linked to the former Saturday Night Live comedian in the year 2021. Phoebe and Pete started dating in early 2021. They sparked dating rumors in March last year. At that point in time, the two of them were spotted holding hands and hugging in a quaint English village.

Soon afterward, Davidson confirmed the relationship when he told a fan that he was dating his celebrity crush during a Zoom Q&A with Marquette University students. The former couple made their first public appearance as a couple at Wimbledon. The two of them sat right next to each other during the match between Roger Federer and Cameron Norrie. The duo kissed and cuddled during the tennis match. The Suicide Squad star and the Younger actress called it quits in August of 2021. The couple pulled the plug on their relationship after five months of dating.

A close source told the U.K. Sun, “Their mates think they make a great couple, but the distance has made it completely unworkable. They had fun and will remain close, but unless something drastic changes, their relationship won’t recover.”

The source went on to say, “It was wild while it lasted, and they both really care for each other. But the distance has put a strain on them.” Soon afterward, Pete moved on in his life with the former Keeping Up With The Kardashians star Kim Kardashian.

Every now and then, we have heard about the linkup rumors of the co-stars and over the years we have also witnessed some real-life romances that started from two stars working on a project.

If you are a Bridgerton fan, then you must be well-versed with the love story of Daphne and the Duke of Hastings. After the first season of the show Bridgerton came out, a large majority of the viewers wondered whether Phoebe and Page were dating in real life. 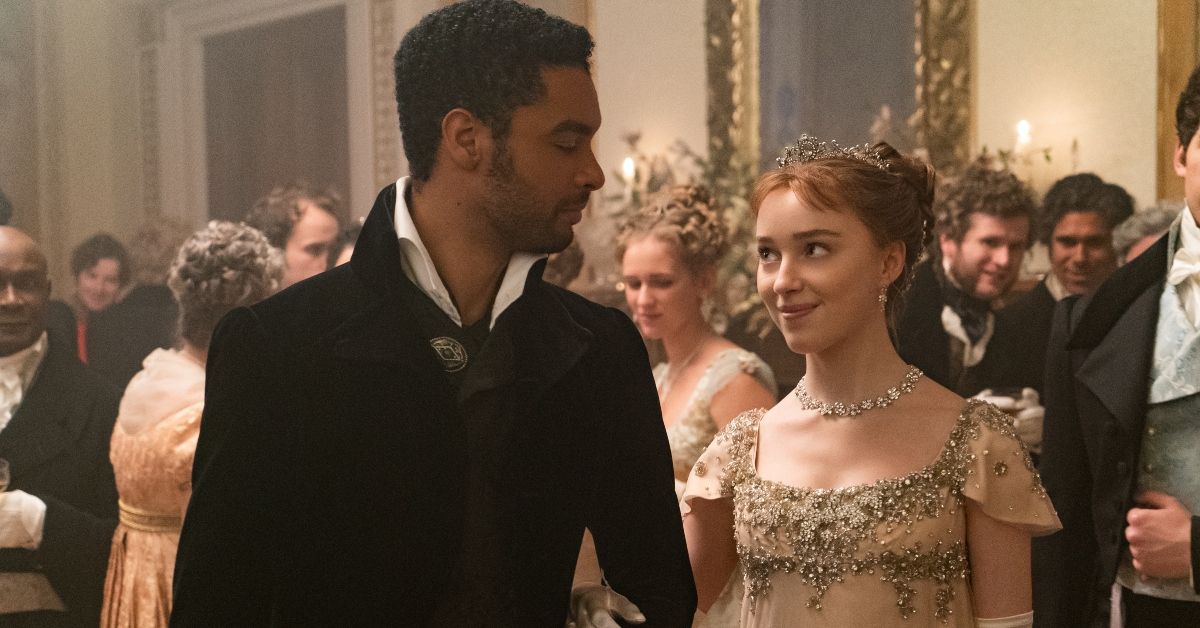 During a January 2021 interview with Access, the actors played really smart when they were asked about their on-screen chemistry. At that time, Regé-Jean said, “I think everything you need to know is on camera. That’s why we presented it so beautifully for you.”

Page also told the media outlet, “All the sparks that flew off of the beautiful scripts that we were handed, and so I think that the sparky scripted material is more than enough.” On the other hand, when we talk about Phoebe, she gave all the credit for the amazing on-screen chemistry of the pair to the rehearsals that the duo did for many weeks.

In a January 2021 interview with Harper’s Bazaar, Dynevor said, “We did a lot of rehearsing. I think the thing that actually really helped the chemistry was all the dance rehearsals, because we just spent so much time with our choreographer … And we just got time to play and sort of form a connection. I think that was so beneficial actually in getting the chemistry right.” 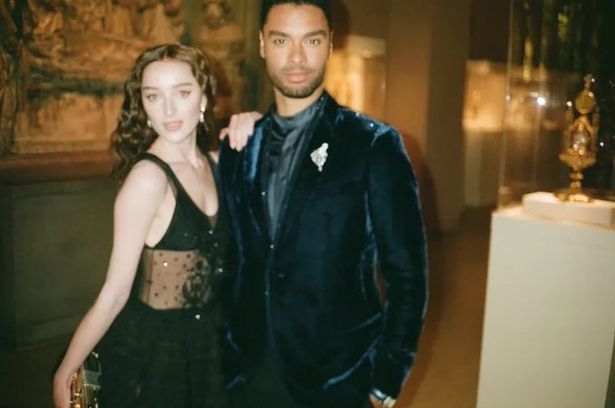 The Colour Room star continued, “And then, we have an intimacy coordinator … So, we blocked and rehearsed all the intimacy scenes weeks and weeks before we started to do things. By the time we got to set, we knew what we were doing. We felt really comfortable. We knew each other, we’d already formed that relationship. We were very lucky to have all that time.”

Who did Phoebe Dynevor date before Pete Davidson?

The British actress dated her fellow actor Sean Teale for a while. The two of them sparked romance rumors in the year 2017. Then, Phoebe and Sean were snapped together at the premiere of the movie Snatch in Los Angeles in 2017.

During the same year, The Gifted actor dropped a series of pictures of the pair on social media. As per various reports, the couple broke up the following year as then, Sean shared photos with his new girlfriend Jelly Gould. 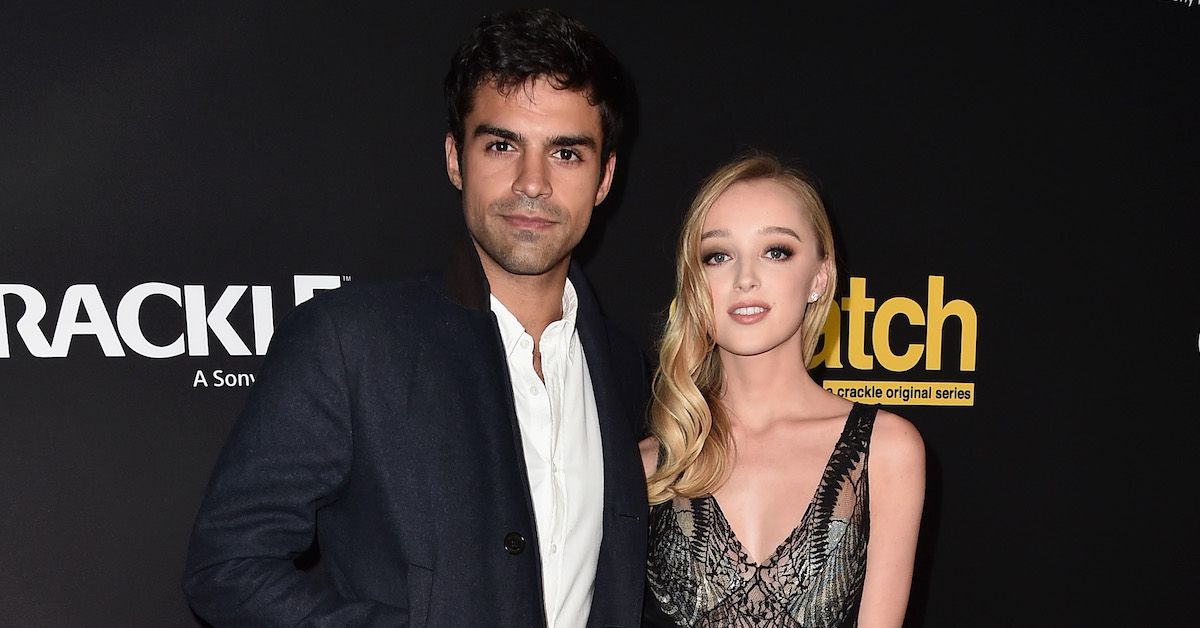 Right before Sean, Phoebe was romantically linked to recruitment executive Simon Merrill. According to the reports of Celebs In-Depth, Dynevor and Simon met each other for the first time in the year 2013.

During a 2017 interview with Express, the Waterloo Road actress told the media outlet that the pair traveled to many places including Thailand, Indonesia, and Vietnam. Phoebe said, “It was amazing. He’s half Thai. And we went to his family’s village. His grandma, aunt and uncle are still there, and it was a really incredible experience.”

Do you think Phoebe Dynevor and Pete Davidson were an ideal match for each other? Kindly let us know your thoughts on the two of them in the comments section below. Don’t forget to stay tuned with us for the latest updates from the world of showbiz.