Who is Persia White? All About the Wife of Joseph Morgan

The Vampire Diaries star Joseph Morgan might be a Hollywood heartthrob but one woman is ruling over his heart and running on his mind all the time. The name of the leading lady of his life is Persia White. Read on to learn more about Joseph’s wife Persia. 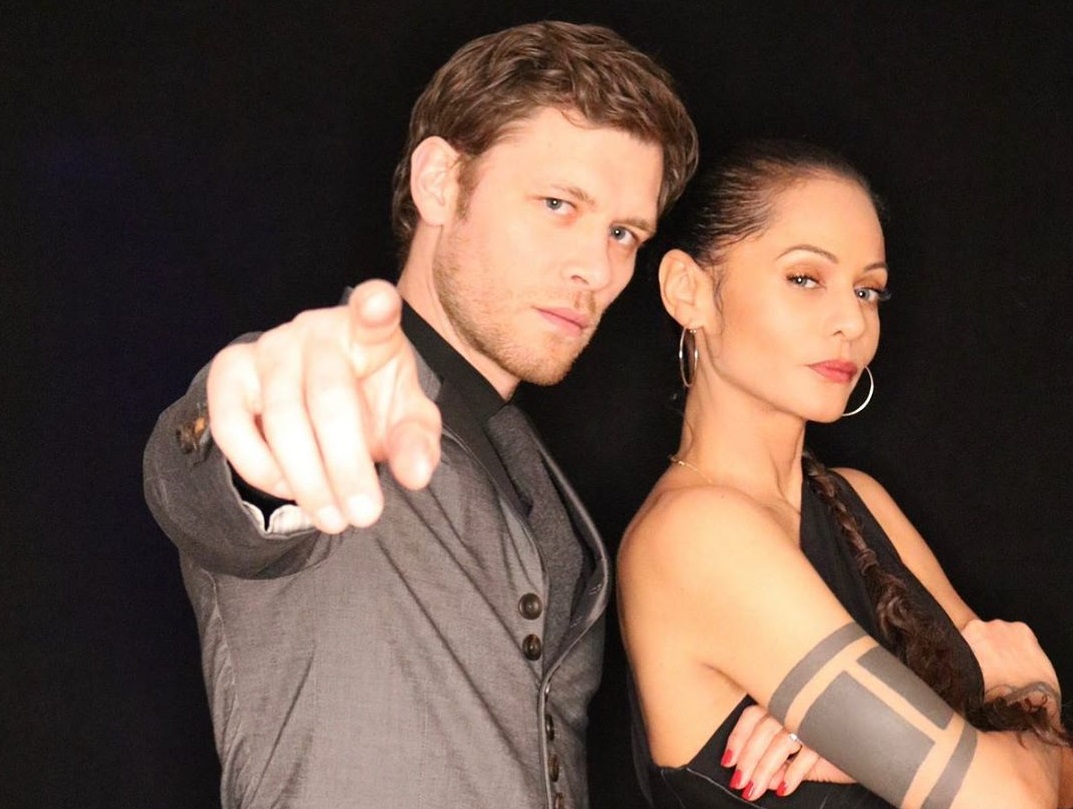 Here’s everything you need to know about Persia White

Persia Jessica White is an actress, singer, and musician by profession. She was born in Miami and she spent a large majority of her childhood living in the Bahamas, where her parents moved for work. She began taking ballet classes at a young age.

Soon afterward, White moved back to South Florida with her family and after a while, she was discovered by a scout for the Coconut Grove Children’s Theater while she was out and about with her mother. Persia has starred in many films and shows

After completing high school, Persia moved to Los Angeles to pursue a career in music. Around the same time, she began auditioning for acting roles and she even bagged a couple of guest appearances on shows such as Sister, Sister, Sabrina the Teenage Witch, and NYPD Blue.

Later on, in 2000, the 49-year-old landed a role in the show Girlfriends. She essayed the character of Lynn Ann Searcy in the series until its finale in 2008. She also played the role of Abby Bennett Wilson in The Vampire Diaries from the year 2012 to 2017. 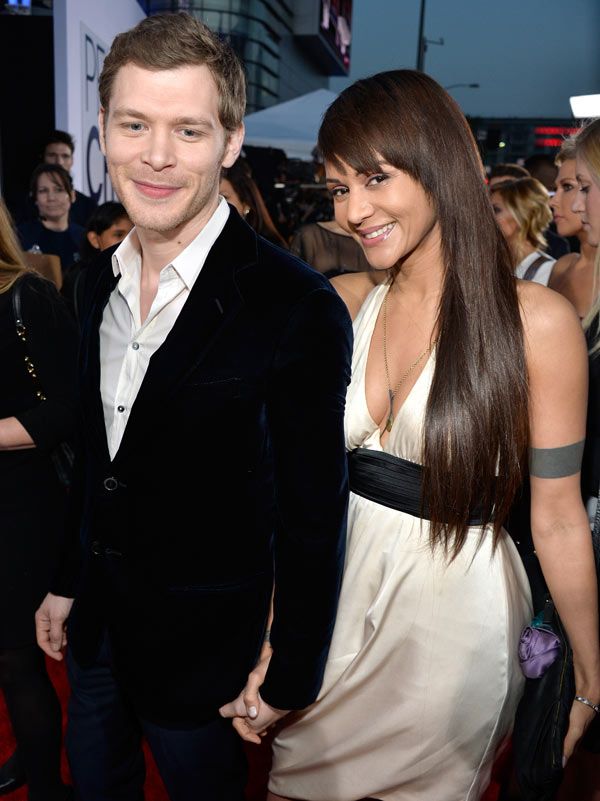 As per her website, White won the award for Best Actor in a Feature Film at the American Black Film Festival for her work in Dysfunctional Friends. Along with acting, she also has producer and writer credits to her name.

She joined hands with the Joker star Joaquin Phoenix to produce the award-winning documentary Earthlings which saw the light of the day in the year 2005. She bagged the Woman in Film award at the Westfield International Film Festival in 2018.

Persia has a daughter from a previous relationship

Yes, you heard it right. Persia is a proud mom of a daughter named Mecca from a previous relationship. It seems like Mecca has decided to follow in the footsteps of her mom and her Instagram bio is a testimony of that. She is an actress and a filmmaker. She also has her own surf/skate-inspired clothing line that goes by the name of White Lion. 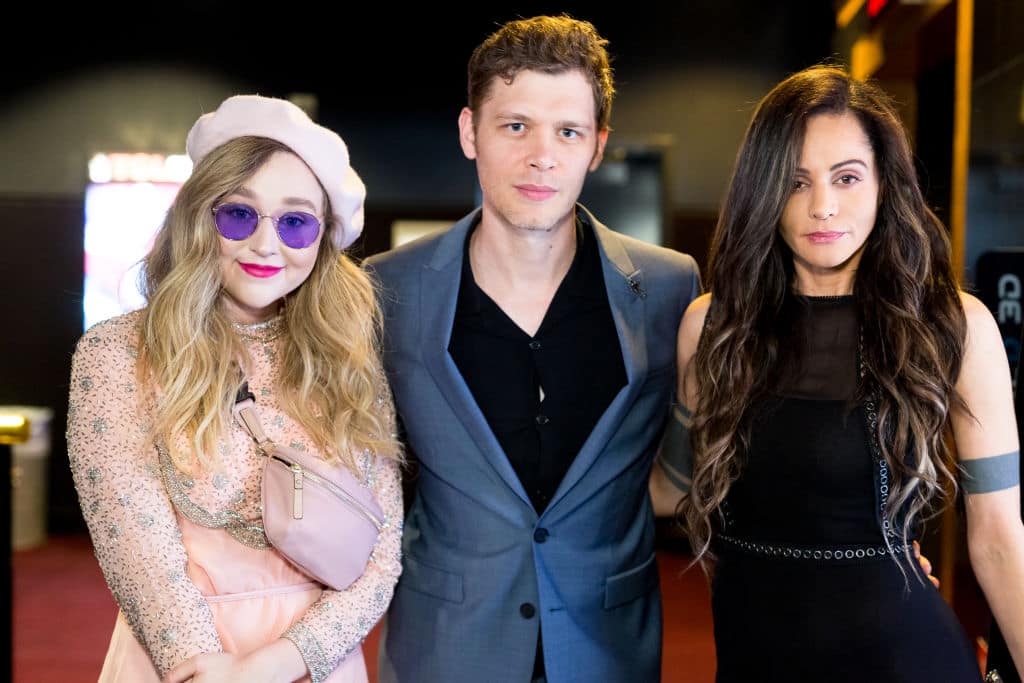 Every now and then, Persia, Joseph, and Mecca keep sharing pictures from their adventures in Hawaii. In 2021, Mecca posted a sweet birthday tribute for Joseph on the social media platform Instagram.

At the time, Mecca dropped a beautiful picture of the trio posing in front of the ocean on the social networking service Instagram. “Happy Birthday to @therealjosephmorgan AKA the coolest step dad on da island man 😆🎉🎂☀️we jammin 🎶 🎉🌺 🎁”, she captioned the post.

White dropped an album in 2009

Outside of acting, Persia was in an industrial rock band called XEO3. After having more than a dozen acting credits to her name, Persia released an album titled Mecca in 2009. For those of you who are unaware let us tell you, that the album consists of a total of 12 songs that combine elements of “electronica, trip-hop, blues, and prog-rock.”

At that point, White posted a press release on her website that read, “When I make music I want it to be honest and to be me. I wanted to wait and do it the way I felt it should be in my heart. I’m so grateful to finally be in a place to release my own, honest work.” 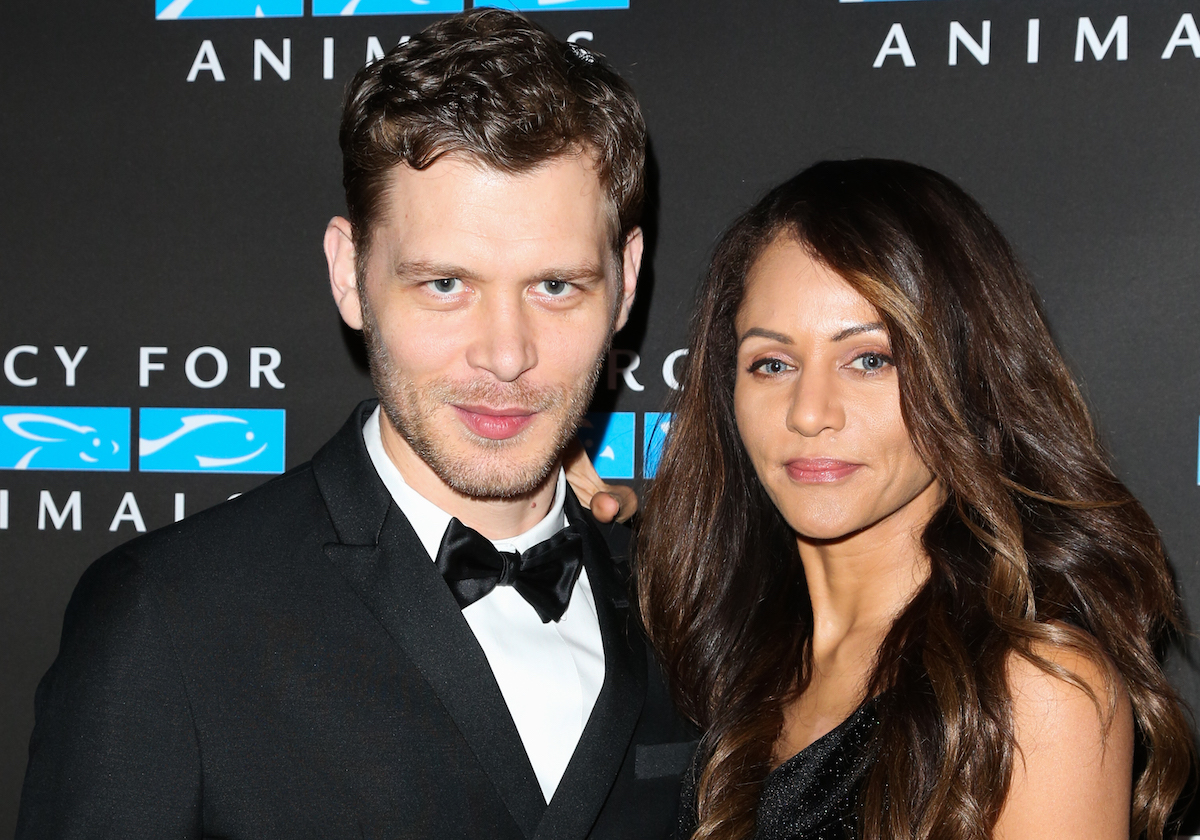 When did Joseph meet Persia?

Morgan and White met each other for the first time on the sets of The Vampire Diaries during Season 3 in 2012. The pair ended up falling in love with one another and later on, they even got engaged.

These two lovebirds tied the knot in July of 2014. Joseph and Persia flew to Jamaica to get married in front of 26 guests. After exchanging their vows, the couple danced to Never Let Me Go by Florence + the Machine. 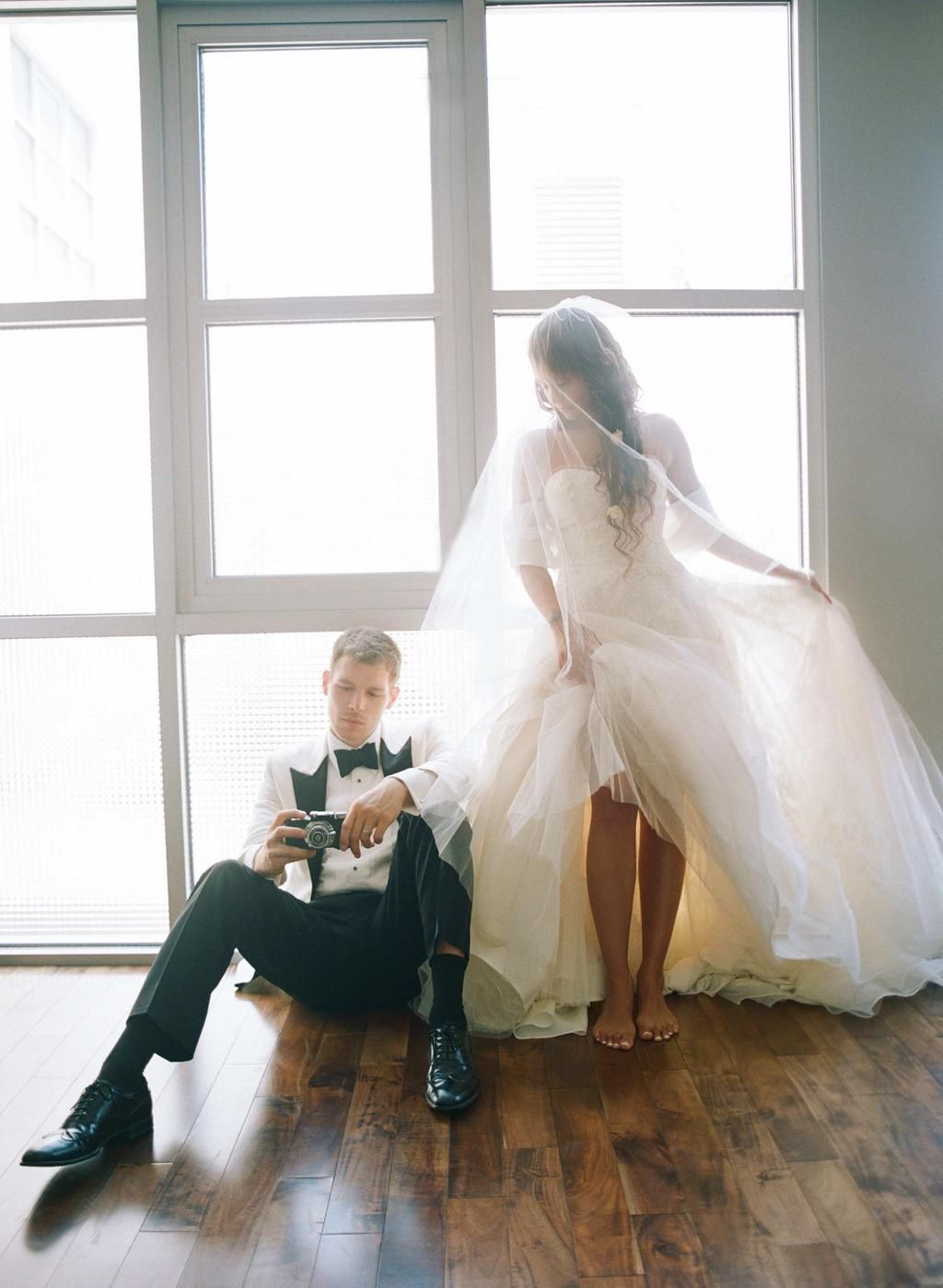 During an interview with the People magazine, Persia spilled the beans on her and Morgan’s wedding ceremony. She said, “It had a very rustic feel to it.”

White told the magazine, “There was nothing about it that was overwhelming or very huge or fabulous in that way. We tried to keep everything really intimate and beautiful and sort of going along with nature.”

The Breaker High actress went on to say, “I think one of the reasons we picked it was because we love the ocean and we both grew up by the sea. To be by the sea was wonderful. And the people of Jamaica are just wonderful.” 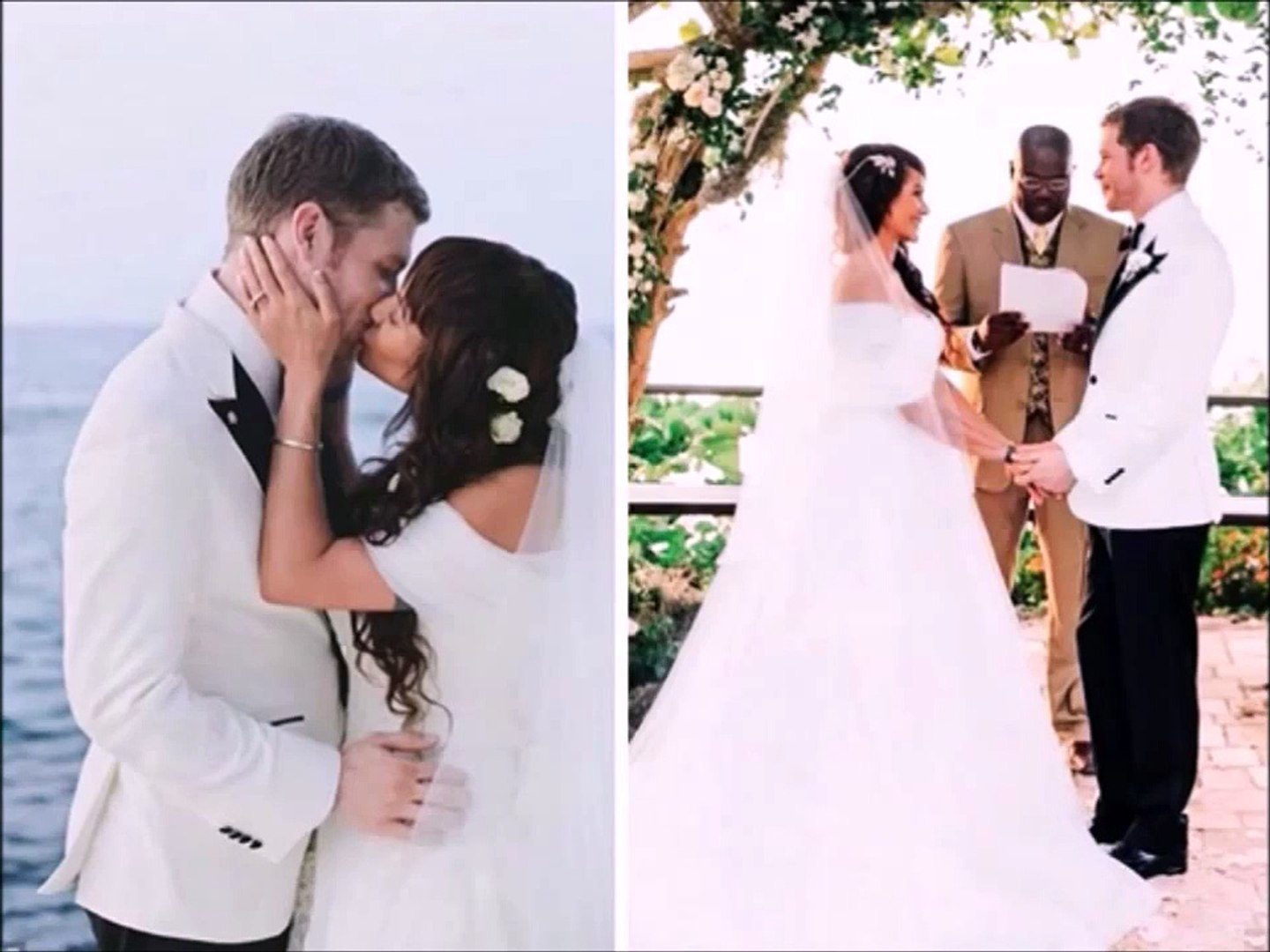 The wedding of Persia and Joseph was not a starry one, instead, it was an intimate affair. For her wedding day, White opted for a Vera Wang dress while Morgan wore an ivory-colored silk tux with black lapels.

White and Joseph have worked together on a few projects

In 2016, Persia and Morgan teamed up for a joint venture when they began a production company named Night Owl Productions. The company’s website reads, “Night Owl Productions was born on the wings of our imagination, out of a passionate desire to create bold, fresh concepts in film, music, art, and whatever else our sleepless hearts can conjure up.” 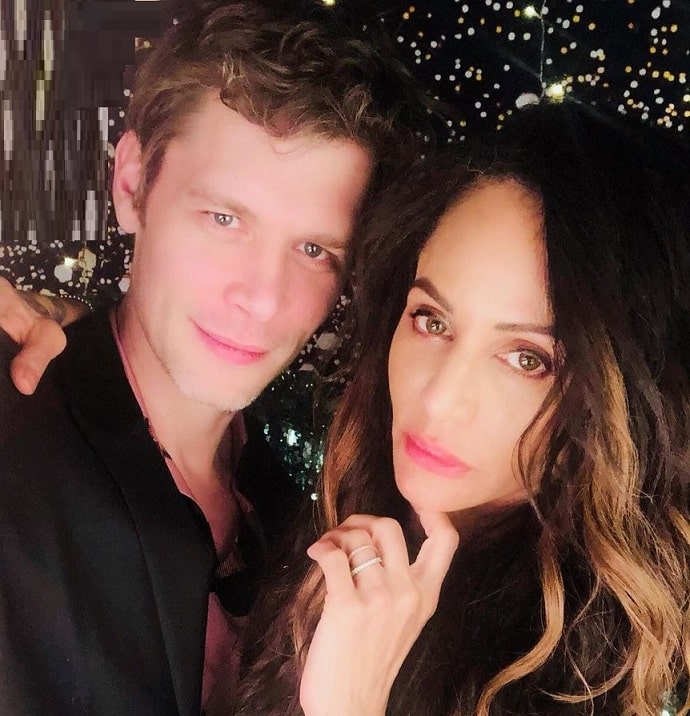 White and Joseph also worked together on a short film, Carousel together which was released in 2018. The short film was directed by Morgan and co-written and produced by Persia.

This year, the couple collaborated for a live show on the StageIt platform, which allows artists to give virtual performances for their fans. Persia’s daughter Mecca was also a part of the show and the family promised a “night full of music, art, poetry, and special announcements.” 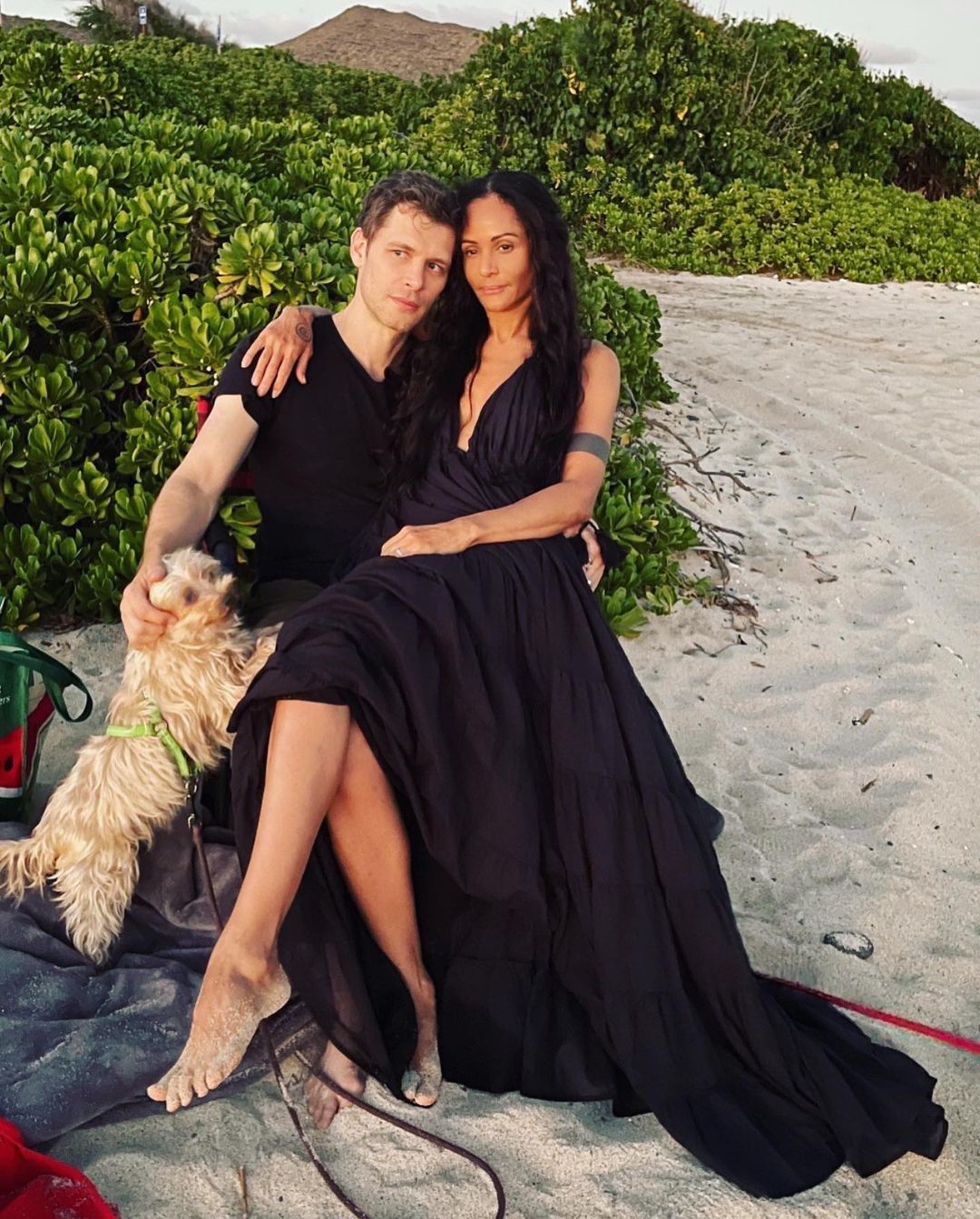 Apart from this, Morgan and White also own an online store where their fans can shop the merchandise from their various projects.

We must say Joseph Morgan and Persia White make for one gorgeous pair. Don’t forget to stay tuned with us for the latest updates from the world of showbiz.