Netflix’s latest spy-thriller miniseries, Treason just premiered and the show has kept the fans at the edge of their seats. The highly riveting show dropped on the streaming giant platform Netflix on December 26, 2022, Monday.

For those of you who are unaware, let us tell you, the Netflix series Treason narrates the story of a spy named Adam Lawrence (essayed by Charlie Cox) who is trained by a military intelligence organization called MI6. 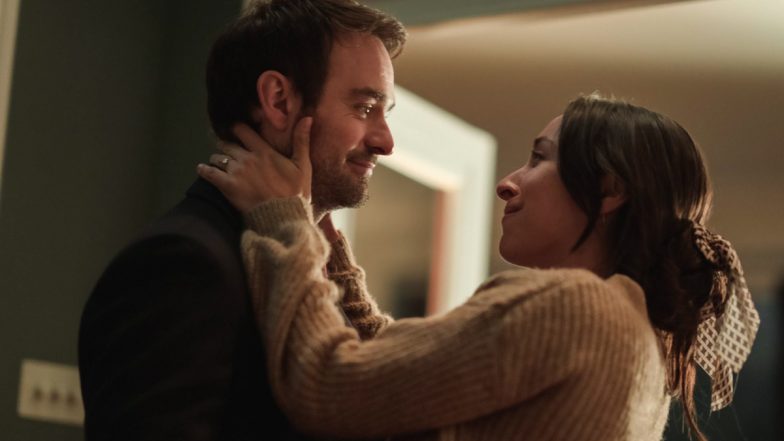 However, things appear pretty normal, and Lawrence seems to have his life in order until his past comes to torture him. This marks the start of an endless cycle of hate, betrayal, exposure, and lies that completely turn his life upside down.

Along with Charlie Cox as Adam Lawrence, the show also stars Oona Chaplin as Maddy de Costa, and Olga Kurylenko as Kara Yerzov in lead roles, with a couple of famous stars in supporting roles.

The limited series has been created by Matt Charman who is also the writer of the series, alongside Amanda Duke. Louise Hooper and Sarah O’Gorman serve as directors of Treason. Read on further to dive deep into the personal and professional life of Oona Chaplin.

What role does Oona Chaplin play in the Netflix series ‘Treason’?

Let us share with you, Oona Chaplin portrays the role of Maddy De Costa, Adam Lawrence’s wife in the Netflix show Treason. However, the couple seems to be really happy at the beginning, but things change when Adam has a sudden encounter with his past.

Lawrence’s past complicates his marriage with his wife Maddy De Costa. It transforms their marriage into a love-and-hate kind of relationship. Will their love pass the test of true love? Watch Netflix’s show Treason to find out the answer to the above question. 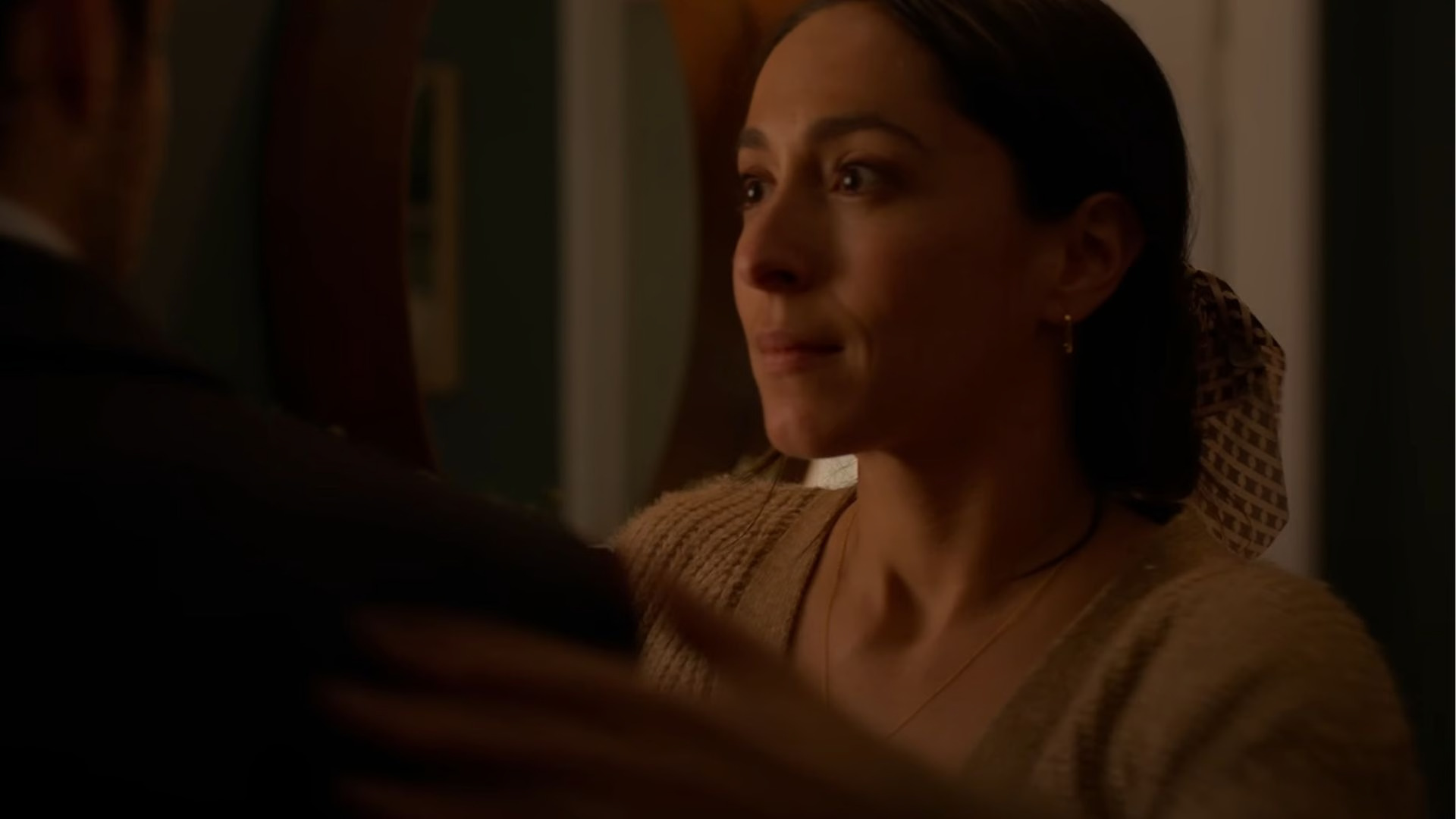 Here’s all you need to know about Oona Chaplin (including her age, childhood, acting career, and more)

The full name of Oona is Oona Castilla Chaplin. She is a Spanish-Swiss actress who hails from a celebrated acting family. She was born on June 4, 1996, in Madrid to English-American actress Geraldine Chaplin and Chilean cinematographer Patricio Castilla.

Oona Chaplin is the granddaughter of the legendary comic actor, filmmaker, and composer Charlie Chaplin. Along with this, she is also the great-granddaughter of Irish-American playwright, Eugene O’Neill.

While growing up, Oona spent most of her time in Spain, the United Kingdom, Switzerland, and Cuba. At that time, she used to travel very often due to her mother’s film career. 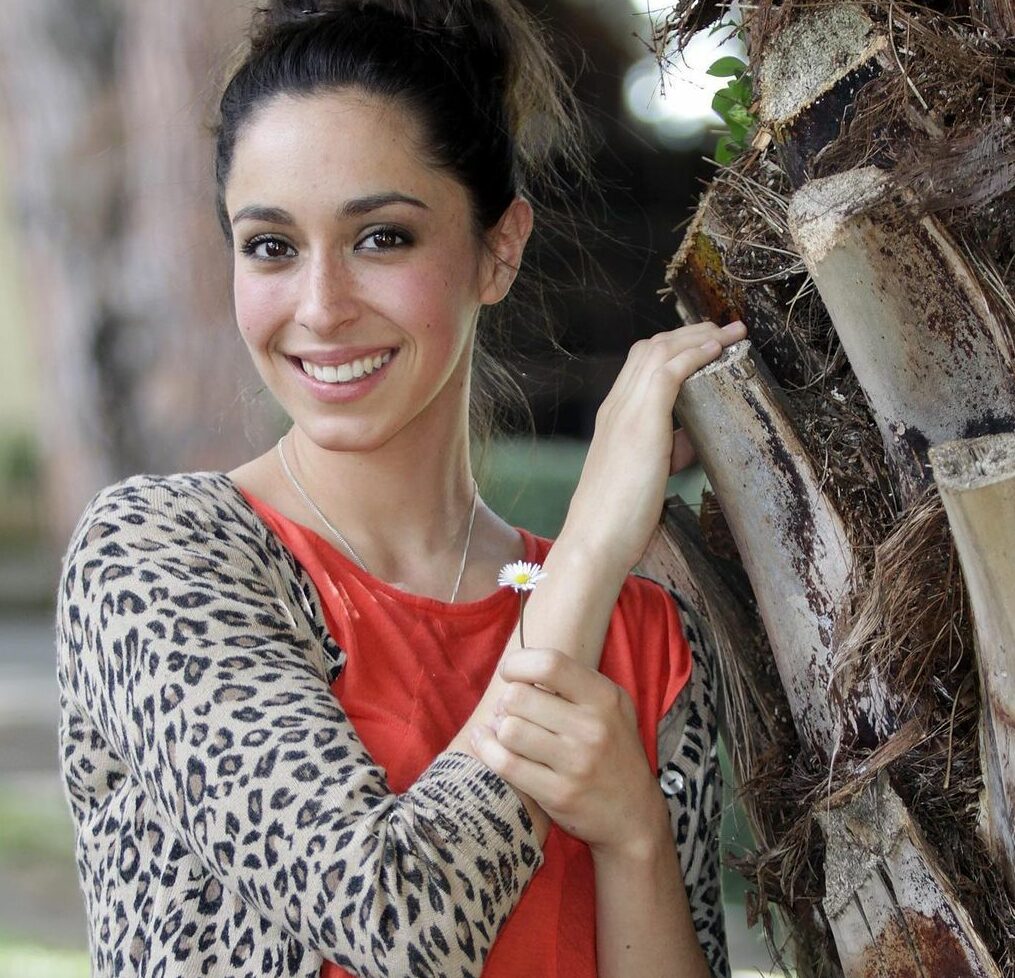 Chaplin began dancing ballet, salsa, and flamenco at a very young age. When she was 15 years old, she attended Gordonstoun School in Scotland on a drama scholarship. At that time, she even appeared in a couple of school plays.

After bidding adieu to Gordonstoun School, Chaplin was accepted into the Royal Academy of Dramatic Art in London. She graduated from drama school in the year 2007.

Oona Chaplin has many acting credits to her name

Yeah, you read that right. Oona Chaplin has starred in a couple of TV shows as well as movies. After graduating from the Royal Academy of Dramatic Art, she was cast in a few British and Spanish short and feature films.

Oona has appeared in several feature films alongside her mother. The mother-daughter duo has been a part of feature films like Inconceivable, ¿Para qué sirve un oso?, Imago Mortis, and Anchor and Hope. 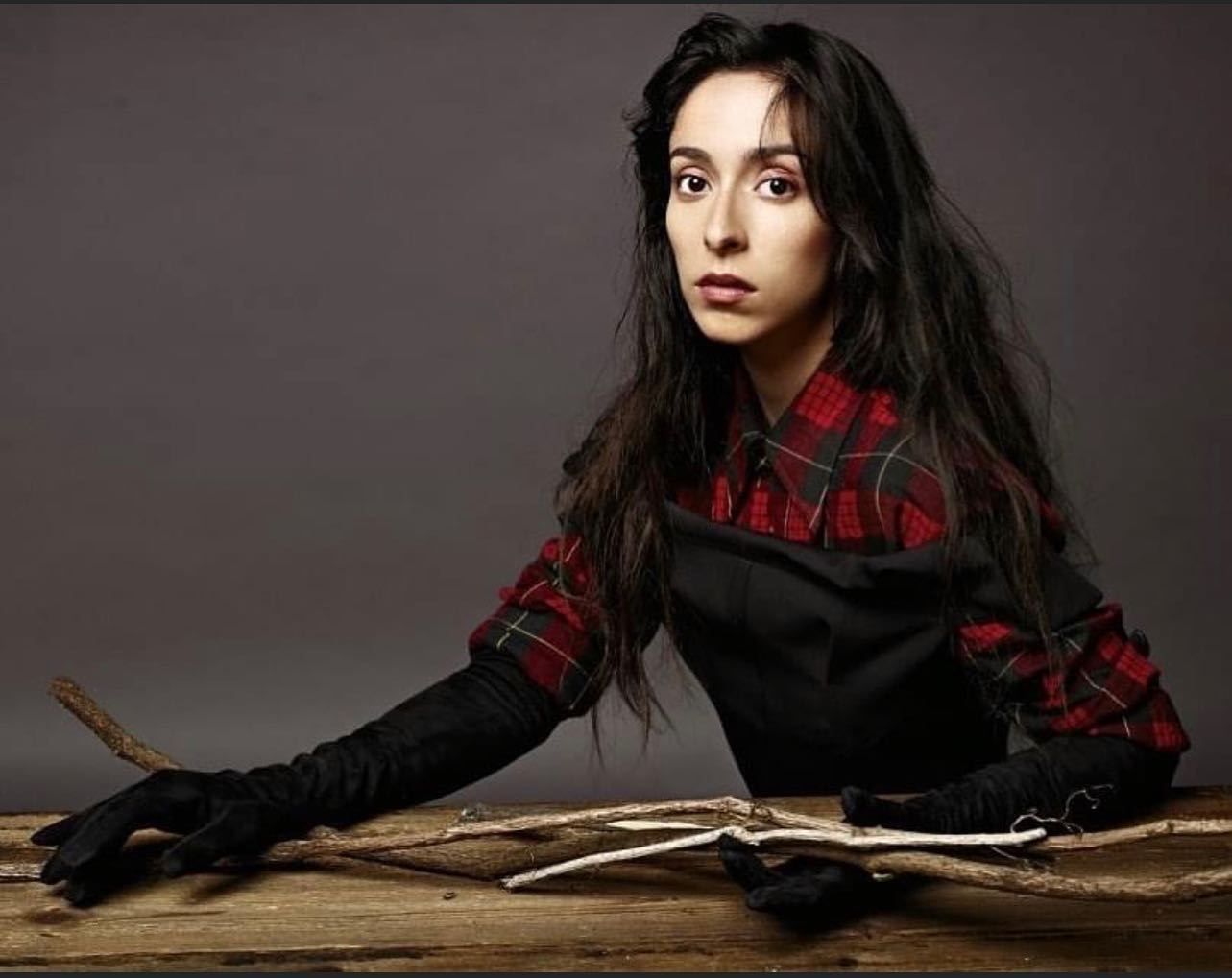 Besides this, Oona is most noted for playing the role of Talisa Maegyr in the HBO TV series Game of Thrones, Kitty Trevelyan in the BBC drama The Crimson Field, and Zilpha Geary in the series Taboo.

Chaplin’s TV credits include Married Single Other, The Hour, Inside No. 9, Sherlock, The Comey Rule, The Crimson Field, Dates, Black Mirror, Dates, Made for Love, Spooks: Code 9, My Dinner With Herve, and a few others.

What did Oona Chaplin have to say about Netflix’s show ‘Treason’ and her role in the show?

During a recent interview with Hello Magazine, Oona Chaplin spilled the beans on Netflix’s latest show Treason, and Maddy de Costa, her character in the spy thriller mini-series.

Oona said, “Treason is a classic spy show in some ways, but in other ways, it’s a family drama. And I think that’s what I like about it is it goes into the aspect of what being a spy in the high offices of MI6 does to a family. And so the kids, Ella and Callum, they’re very big parts of it. Then, Maddy, is Adam’s wife and Maddy is one of the most loving and caring characters that I’ve ever played.” 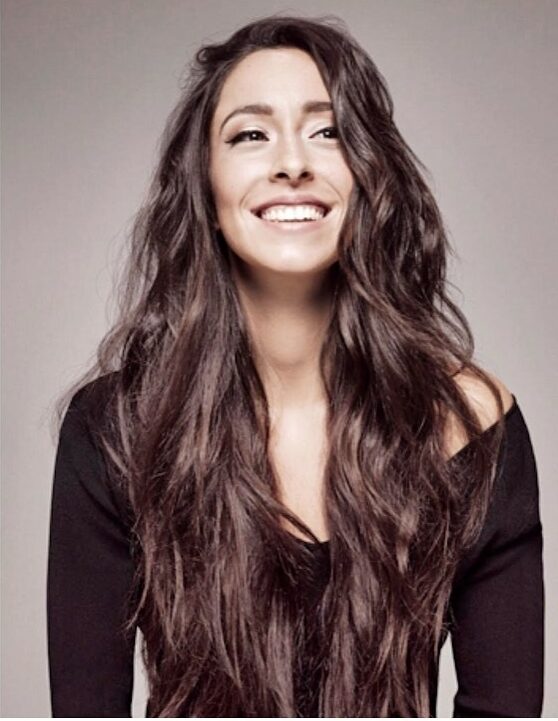 The Game of Thrones actress went on to say, “Her capacity for love is so so big. Just as an illustration of it, she’s adopted Charlie’s kids. You know, they’re grown kids but the way that she loves them and takes care of them and is really, really there for them in very deep and meaningful ways, it really inspired me to learn from that character.”

What’s next in store for Oona Chaplin?

On the work front, Oona will be next seen in Avatar 3, Avatar 4 as well as Avatar 5. In the forthcoming movies of the Pandora franchise, she will play the role of Varang. Her character is described as “a strong and vibrant central character who spans the entire saga of the sequels”.

In an earlier interview with uInterview, Chaplin was asked what it was like to work with James Cameron. She responded, “He’s a very passionate man, he’s a very bright man, he’s a deeply caring man.” Avatar: The Way of Water hit the theatres on December 16, 2022, and ever since then, it has been ruling the box office. 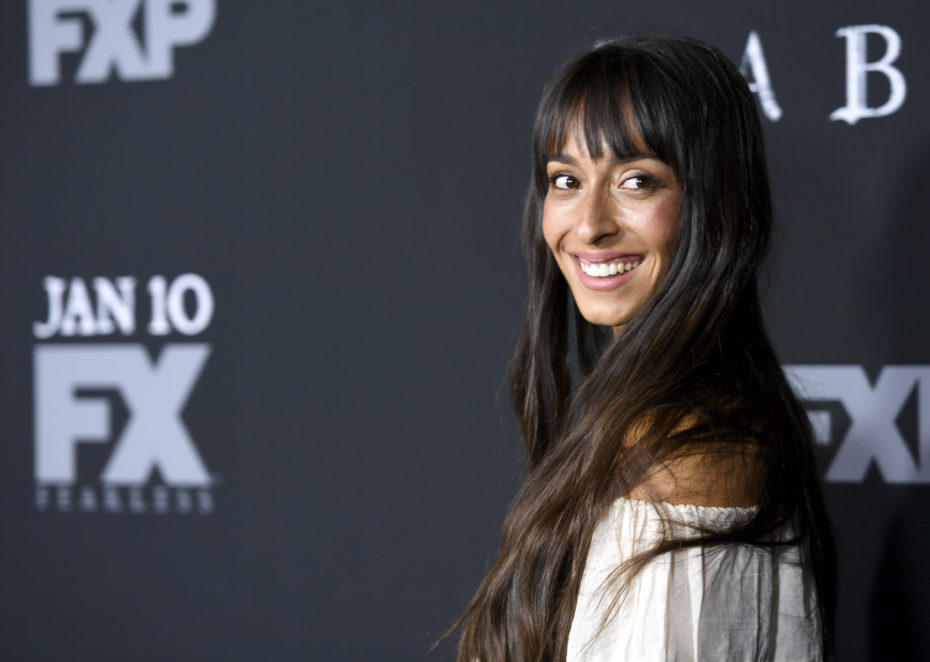 Did you like Oona Chaplin’s performance in the Netflix show Treason? Kindly let us know your thoughts in the comments section below. Don’t forget to stay tuned with us for the latest updates from the world of showbiz.