Olivia Holzmacher is the girlfriend of the Cincinnati Bengals quarterback Joe Burrow. The pair began dating way before Joe led the team Cincinnati Bengals to the Super Bowl. Joe and Olivia were college sweethearts, the two of them studied at Ohio State University.

Keep reading further to learn everything about Joe Burrow’s girlfriend Olivia Holzmacher including her profession, early life, and her whirlwind romance with the NFL star. Here’s everything you need to know about Olivia Holzmacher

As per her LinkedIn profile, Olivia Holzmacher is a data analyst by profession. At this moment, she works as a senior process specialist and analyst at Kroger. She has described her role as building dashboards for Kroger’s e-commerce pickup and delivery services as well as providing “insight to operational metrics and customer experiences.”

Back in the day, Joe transferred to Louisiana State University but Olivia continued to study data analytics and social sciences at Ohio State University. During her college days, she was a member of the Alpha Phi sorority and she held a leadership role within the organization. Olivia graduated from the Ohio State University in the year 2019. During the same year, her boyfriend Joe won the national championship with LSU and the Heisman Trophy.

Olivia Holzmacher was a big football fan before she dated Burrow

Yes, you read that right. Olivia Holzmacher was a big football fan even before she dated Joe Burrow. She didn’t jump on the football bandwagon after starting her relationship with Joe Burrow. She has been a huge fan of the sport football for a long time.

In the year 2015, Olivia took to her Instagram account and put out a photo of herself cheering on the Green Bay Packers at Lambeau Field. “Go pack go,” she wrote in the caption of the post. During the same year, Holzmacher posted a photo of herself with a close friend of hers in Buckeyes gear. She simply captioned the picture, “Almost that time of the year. ❤️🌰🏈.”

When did Joe and Olivia start dating?

For those of you who are unaware, let us tell you, Joe Burrow and Olivia Holzmacher started dating in the year 2017. They began dating in August of 2017. These two lovebirds made their Instagram debut as a couple pretty soon.

During the same month, Olivia posted a picture of herself and Joe all cuddled up on the  football field at Ohio State University on her Instagram profile. At that time, the two of them were students at the university. She simply captioned the picture, “10/10 … 1 being the best.” When Burrow transferred to Louisiana State University, Holzmacher shared a snap of herself with her new beau celebrating an LSU win on Instagram. She wrote, “when you fangirl over your own boyfriend,” in the caption of the post.

Then, Joe was picked up in the 2020 NFL Draft and his girlfriend Olivia expressed her happiness over the same in an Instagram post. At that time, she penned, “Thankful to be by your side Joe … so excited for what the future holds.” For the most part, Joe and Olivia have kept their relationship away from the flashing cameras.

The Ohio State graduate played the role of perfect girlfriend by supporting her beau Joe during his Super Bowl run. In the past, she has shared many pictures of herself wearing Burrow’s number nine jersey.

At the time of Super Bowl weekend, Holzmacher posted a picture from SoFi Stadium  wearing Bengals’ colors. The picture showed Olivia posing along with some of her friends. Olivia wrote, “Super Bowl LVI. Such an experience this weekend. Entirely proud. Thank you Cincinnati,” in the caption of the post. Olivia Holzmacher is a dog mom

Sometime before making her romance with Joe Burrow Instagram official, Olivia added a new member to her family. She welcomed a fur baby into her life. The name of her dog is Beau.

In December of 2017, Olivia shared the piece of good news with all her fans on the social media platform Instagram as well. At that point in time, she shared a series of pictures of her new dog on Instagram.

“Beau’s [/bō/ ] first day home! 8 week old mini Goldendoodle who is way too calm and sweet. He learned to sit 4 times in a row and only had one potty accident the entire day! Couldn’t ask for a better pup!!🐶,” she wrote alongside the slideshow of pictures of her fur baby. Let us tell you an interesting thing, Joe also has a furry friend. There is a penguin named after the Cincinnati Bengals quarterback. The name of the penguin is the same as Joe, it is Cup o’ Joe Burrow.

Cincinnati Zoo’s head bird keeper Cody Sower issued a statement that read, “We name most of our little blue penguins something related to food, so we added, “Cup O’ Joe” to the chick’s official name. Cup O’ Joe Burrow has a nice ring to it and fits the theme.” 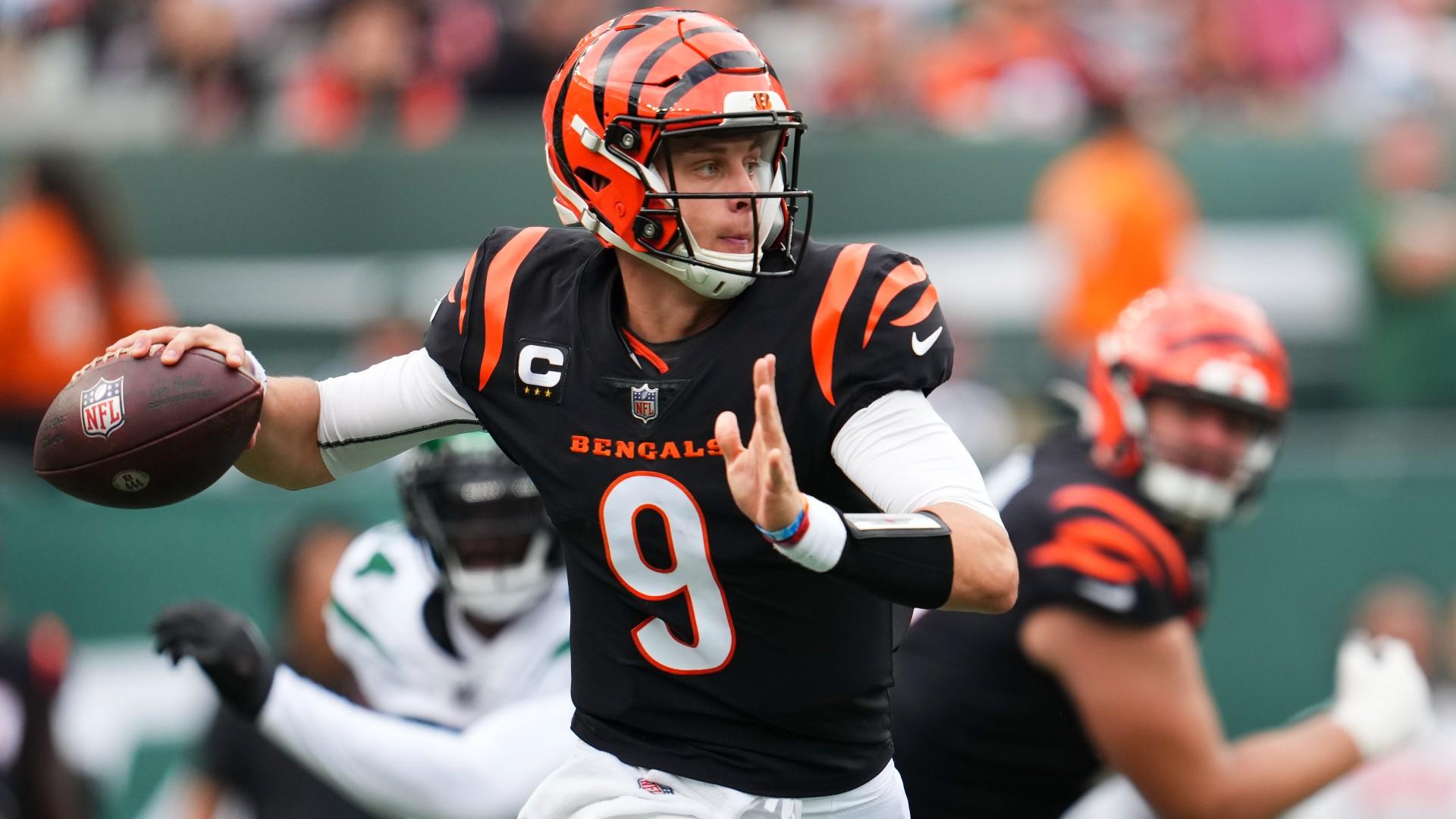 Cincinnati Zoo Senior bird Team Keeper Aimee Owen further added, “The chick and the quarterback have more in common than just their obvious good looks. This chick has been a great leader since Dey 1.”

Owen continued, “He’s always communicating his game plan to the entire team, and the plan is always eating and sleeping. Little blue penguins and QB Burrow are both good swimmers but can’t fly, and they know how to survive in extreme environments – Arrowhead Stadium and the rocky cliffs of New Zealand.”

Do you think Joe Burrow and his girlfriend Olivia Holzmacher are a match made in heaven? Kindly let us know your thoughts in the comments section below. Don’t forget to stay tuned with us for the latest updates from the world of showbiz.