Who is Olivia Dunne? All About the LSU Gymnast who Became a Millionaire at 18

Olivia Dunne is the new sporting sensation on the block! This rising star has taken the world of college gymnastics by storm. The Louisiana State University gymnast is making some big bucks at the moment.

For those of you who are unaware, let us tell you, Olivia Dunne became a millionaire at the young age of 18. All thanks to her social media fame that’s only increasing with each passing day. Continue reading further to know more about every aspect of Olivia’s life. 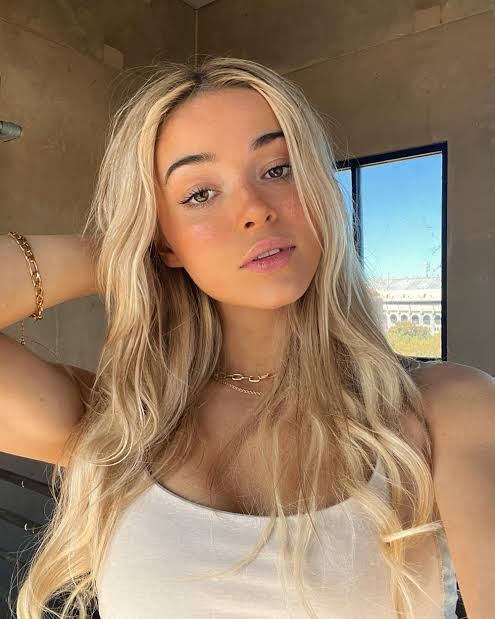 Here’s all you need to know about Olivia Dunne

The full name of the college gymnast Olivia is Olivia Paige Dunne. She was born on October 1, 2002, in Westwood, New Jersey. She was brought up in Hillsdale, New Jersey. Her nickname is Livvy.

Dunne is a gymnast by profession. In addition to this, she is also a social media personality. She began training in gymnastics at the young age of 3. And since then, she hasn’t looked back and worked hard to improve her skills. 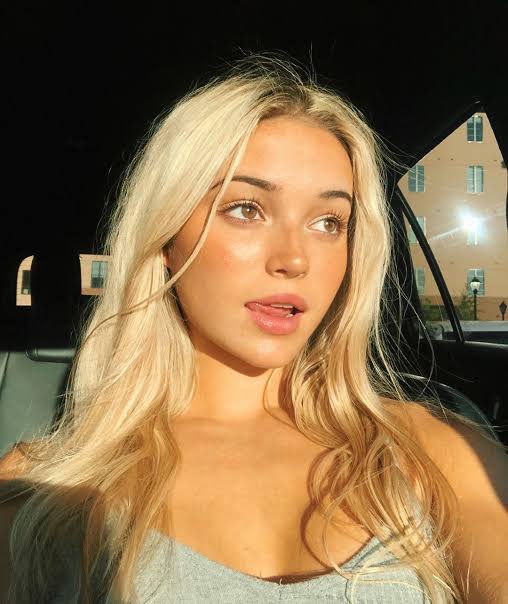 Back in the day, Olivia used to be a member of the USA national gymnastics team but at the moment, she is competing for Louisiana State University in the NCAA. Now, she is one of the top earners in college sports.

When did Olivia Dunne make her professional debut in gymnastics?

Olivia made her elite debut in the year 2014 at the American Classic where she finished 28th in the all-around. After a while, she competed at the U.S. Classic, where she finished 33rd. Then, she re-qualified for elite status at the WOGA Classic, in 2015 and ended her run in the competition in fifth place.

Along with this, Dunne has competed at the National Championships, City of Jesolo Trophy, Nastia Liukin Cup, and NCAA. She made her collegiate debut on floor exercise on January 28 during the 2021-2022 season. 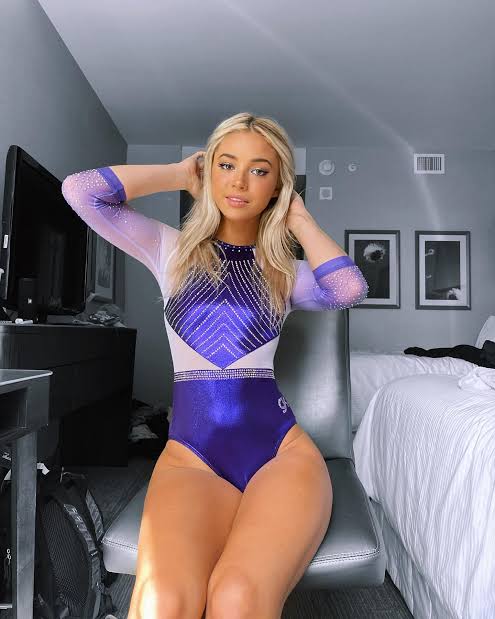 Yeah, you read that right. Apart from her athletic career, Olivia is also a big social media personality. Let us share with you, Olivia joined the video-sharing platform TikTok in the year 2020.

By July 2021, Olivia had more than 4 million followers on the social media platform. She is popularly known as Livvy on TikTok and now she has become one of the most followed NCAA athletes in America. 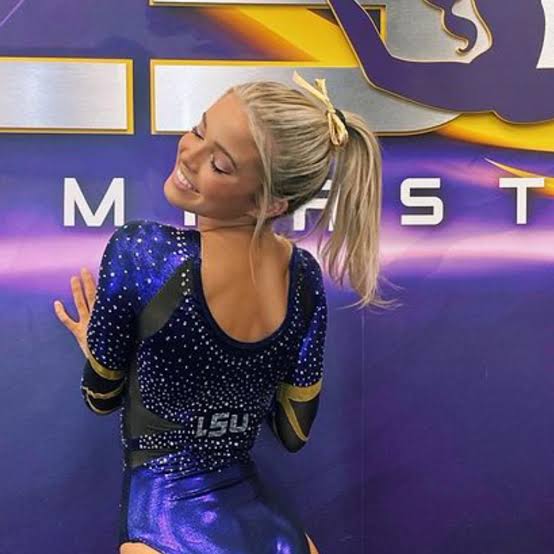 In the blink of an eye, Olivia crossed 5 million followers on TikTok. In the past, NCAA athletes were not allowed to earn money from their internet fame but things changed last year. On July 1, 2021, NCAA changed one of its rules and allowed its athletes to earn money from their name, image, and likeness including brand endorsements. At this point in time, she is one of the highest-paid college athletes.

In August of the same year, Dunne got signed with a talent agency named WME Sports. And next month, she bagged a sponsorship deal with an activewear brand called Vuori. She has been wisely choosing her own endorsement deals and it has been reported by the New York Post, that she has already made more than a million dollars. We must say she is cashing on her internet fame brilliantly.

Olivia Dunne wants to be a role model for young girls

In an interview with New York Post, Olivia said, “I just want to be a role model to young girls. I want to set a good example, and I want to send out a message that we’re more than just our sport. That’s very important to me.”

The college gymnast told the media outlet, “I don’t try to put any pressure on myself, and I don’t try to compare myself to other people. I’m kind of just going with the flow, and it’s very exciting. Right now it’s all about trying to find a balance between school, social media, and gymnastics. All them are top priorities in my life.” 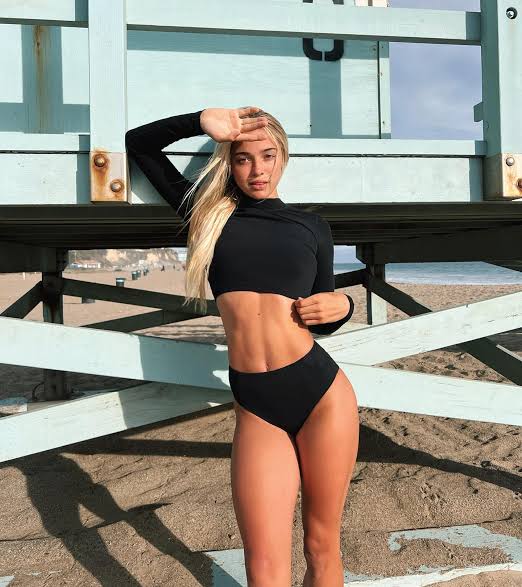 Olivia further added, “I think it’s really a special time right now with the NIL change, especially for women’s sports because there’s not a lot of professional leagues after college for women.”

The answer to the above question is a huge yes. Like most athletes in the sports industry, Olivia Dunne also has a profile on the social media platform Instagram. She is also a social media influencer now. She documents her swanky and lavish lifestyle on Instagram.

As of this moment, the Louisiana State University gymnast boasts a good fanbase on the social networking platform Instagram. Right now, she has a staggering 2.2 million followers on Instagram. So far, she has 477 posts on her Instagram feed. 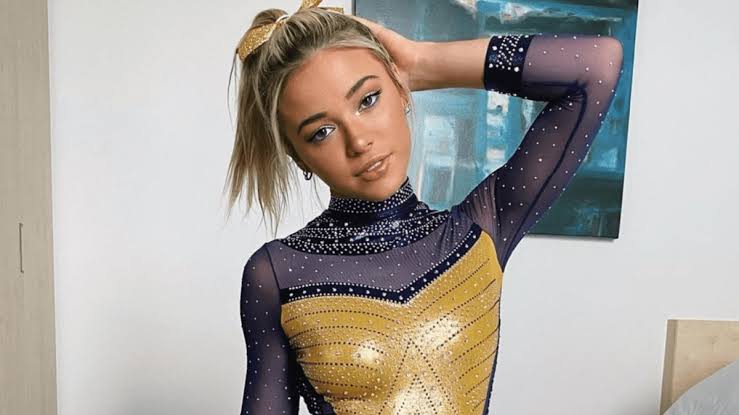 When we scrolled through the Instagram feed of the social media star, we found a couple of stunning photos of her from professional photoshoots as well as paid partnerships, a few pictures of her with her close friends and family members, and some snaps of her from her travels all over the world.

Olivia Dunne’s most recent Instagram post is all about Halloween. Over the weekend, she gave an early treat to all her fans. On Sunday, she unveiled her Halloween costume. She wore a black corset and leather mini skirt with black angel wings and fishnet stockings.

“Welcome to the dark side,” she wrote in the caption of the Instagram post. The New Jersey native also posted a video of herself all dolled up for Halloween on TikTok. She has more than 6.4 million followers on TikTok now. We must say her Halloween costume looked stunning.

Did your jaw drop after learning that Olivia Dunne became a millionaire at the young age of 18? Kindly let us know your thoughts on the same in the comments section below. Don’t forget to stay tuned with us for the latest updates from the world of showbiz.