Who is Natalie Viscuso? Everything About Henry Cavill’s Girlfriend

The Zack Snyder’s Justice League star Henry Cavill has been off the market for a while now. At the moment, he is in a relationship with Natalie Viscuso. Read on, to know everything about the girlfriend of the Hollywood actor. Henry recently dropped a photo with his girlfriend Natalie on Instagram

On Sunday, the 39-year-old took his Instagram to share a picture of himself and his ladylove with his fans all over the world. He posted a picture of the duo and gave everyone a rare glimpse into their relationship.

“Our Durrell Challenge is officially complete! We decided to walk it today, mostly because I’ve had the nine shades of hell beaten out of me through two weeks of fight scenes, and ma body wasn’t ready for a 13km run!”, he captioned the post.

Cavill further added, “I also suspect that Natalie may have broken her foot a little while ago, so I’m utilising her injury as a convenient excuse for me! I hope you’ve all enjoyed your Durrell Challenge experiences so far!”

Who is Henry’s girlfriend Natalie Viscuso

Do you remember watching MTV’s My Super Sweet 16? Natalie starred in an episode of the show that revolved around spoiled kids throwing lavish birthday parties that rival most people’s wedding days. She appeared on episode 5 in season 1 back in 2005.

Viscuso’s episode was described as “Natalie has just moved from dull Roswell, New Mexico, to glamorous La Jolla, California, to live with her wealthy dad and stepmom. At 15 years old, Natalie is now living in a $5 million house and cruising around town in her dad’s Bentleys and Ferraris. What more could she want? How about being the most popular girl at school?”

Natalie is a Hollywood executive now. Not long ago, she became the vice president of television and digital studios at Legendary Entertainment as per her LinkedIn. She is a dog mom. She has a French Bulldog named Meat, and she loves to post photos of him (as she should!).

When did Henry and Natalie spark dating rumors?

Henry and his girlfriend Natalie have been together for over a year now. For the most part, the two have kept their relationship under the wraps but they keep sharing lovely posts for each other on various occasions on the social media platform Instagram.

The dating rumors of the Hollywood star and Natalie began swirling in the air in April of 2021 when they were spotted out and about in public holding hands together while walking his pup in the streets of London. 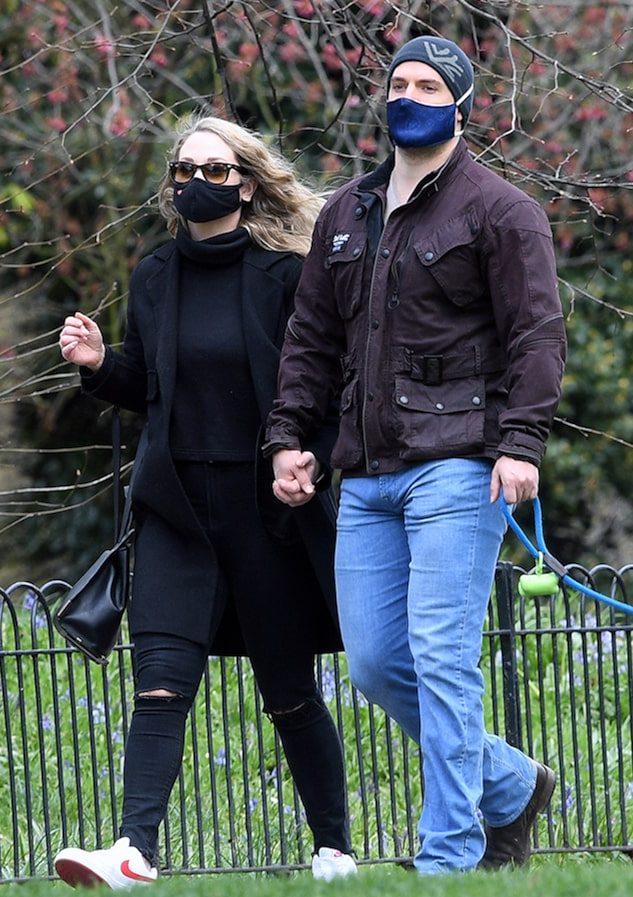 Soon afterward they made their relationship Instagram official, which is exactly when you know that it is real. The couple posted the same photograph on their Instagram profiles but with different captions on April 11, 2021.

“This is me looking quietly confident shortly before my beautiful and brilliant love Natalie, destroys me at chess”, Henry captioned the post.

As soon as the couple made their romance official on Instagram, the fans came after Natalie. Henry’s fans stated that they were not happy with Cavill’s relationship status. The actor defended his girlfriend and posted a snap of himself with Natalie along with a lengthy caption to show his support for her on the social networking service.

“Dear fans and followers, I wanted to make a wee community announcement. I couldn’t help but notice that there has been some social animosity of late. It’s becoming increasingly prevalent on my feed. There has been lots of, let’s call it speculation for now, about my private life and professional partnerships”, Henry captioned the post.

Cavill further added, “Now, while I do appreciate the passion and support by those very people who are “speculating”, It has come to such a point that I needed to say something, which in itself, is a bad thing. We are living in an age of social enlightenment. More and more, people are realising that their views may have been blinkered and that they need to expand them to encompass others. ”

The Enola Holmes star continued, “So, to you out there who are expressing your disdain and showing your displeasure through a surprising variety of ways, it’s time to stop. I know it can be fun to speculate, to gossip, and to dive into our own personal echo chambers on the internet, but your “passion” is misplaced, and it causes harm to the people I care about most.” Henry went on to say, “Even your most conservative of negative assumptions about both my personal and professional life just aren’t true. Let’s embrace this age of social enlightenment together, and move forward with positivity.”

He concluded by saying, “I am very happy in love, and in life. I’d be enormously grateful if you were happy with me. If you can’t bring yourself to be happy with me, then at the very least try to do yourself proud and be the best version of yourself.”

An old snap of Natalie caused a major controversy

In June 2021, a friend of Natalie posted a photo of her on the social media platform Facebook. She can be seen in a tribal outfit in the picture and covered from the neck down in otjize, a pigment used by the Himba community of Namibia to protect themselves from the harsh desert climate. 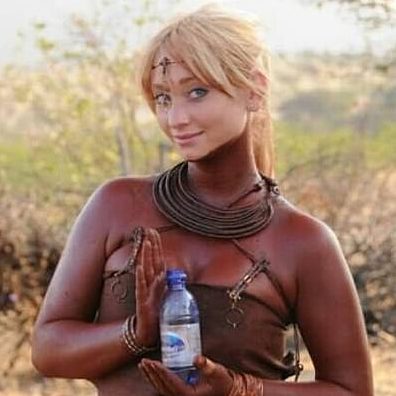 “Still my favorite shot of Natalie, taken in Africa when she was there shooting a TV show. She took the time to make an advertisement promoting clean water for the people there”, her friend captioned the photo.

The photograph went viral and the fans asked Netflix to drop Henry from The Witcher due to his involvement with Natalie. Around the time, Viscuso issued a statement to Daily Mail apologizing for the pic. She said, “Firstly, I’d like to say that I’m sorry if this image surfacing has caused any offense.” Natalie continued, “It is a photo from 2008 for a TV show in Namibia. The tribe I was living with painted my skin as part of an initiation ceremony and an acceptance into their culture. Never in a million years did I think that this would be offensive; in fact, I felt honored that they would initiate me. However, with the lessons that we are all learning in today’s climate, it is important that I recognize that this is potentially hurtful. My deepest and most sincere apologies.”

We must say that Henry and Natalie make for one good-looking pair. Don’t forget to stay tuned with us for the latest updates from the world of showbiz.