Who is Maddy Spidell? Everything About MrBeast’s Girlfriend

Maddy Spidell is the girlfriend of the famous American YouTuber MrBeast aka Jimmy Donaldson. At the moment, he has nearly 99.4 million subscribers on the video-sharing platform. Isn’t that number, insane?

Continue reading further to catch deep insights into the personal and professional of the YouTube star’s girlfriend, Maddy Spidell. 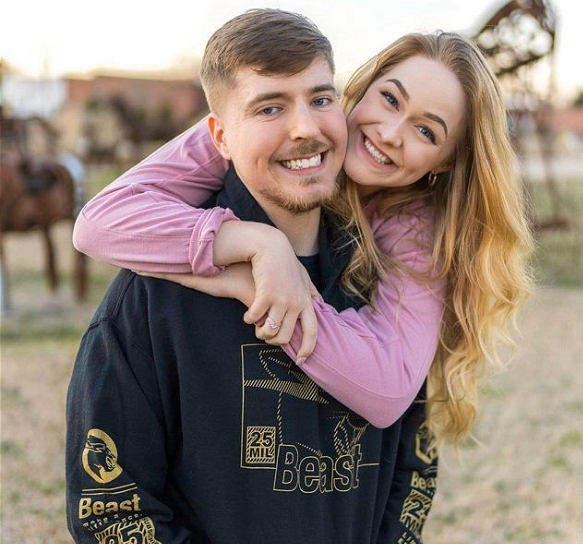 All you need to know about MrBeast’s girlfriend Maddy Spidell

Maddy Spidell was born on March 31, 2000, in Milwaukee, Wisconsin. Her mom Mary Spidell is an employee in the Milwaukee Public School System. She is the princess of her dad Michael Spidell. She was raised with her two siblings, Thad Spidell and Jedd Spidell. She is the youngest and only daughter of her parents.

Her elder brother Thad works in the U.S. Air Force meanwhile her other brother Jedd is a development coordinator at the Muscular Dystrophy Association. For obtaining her high school education, she went to Greendale High School. 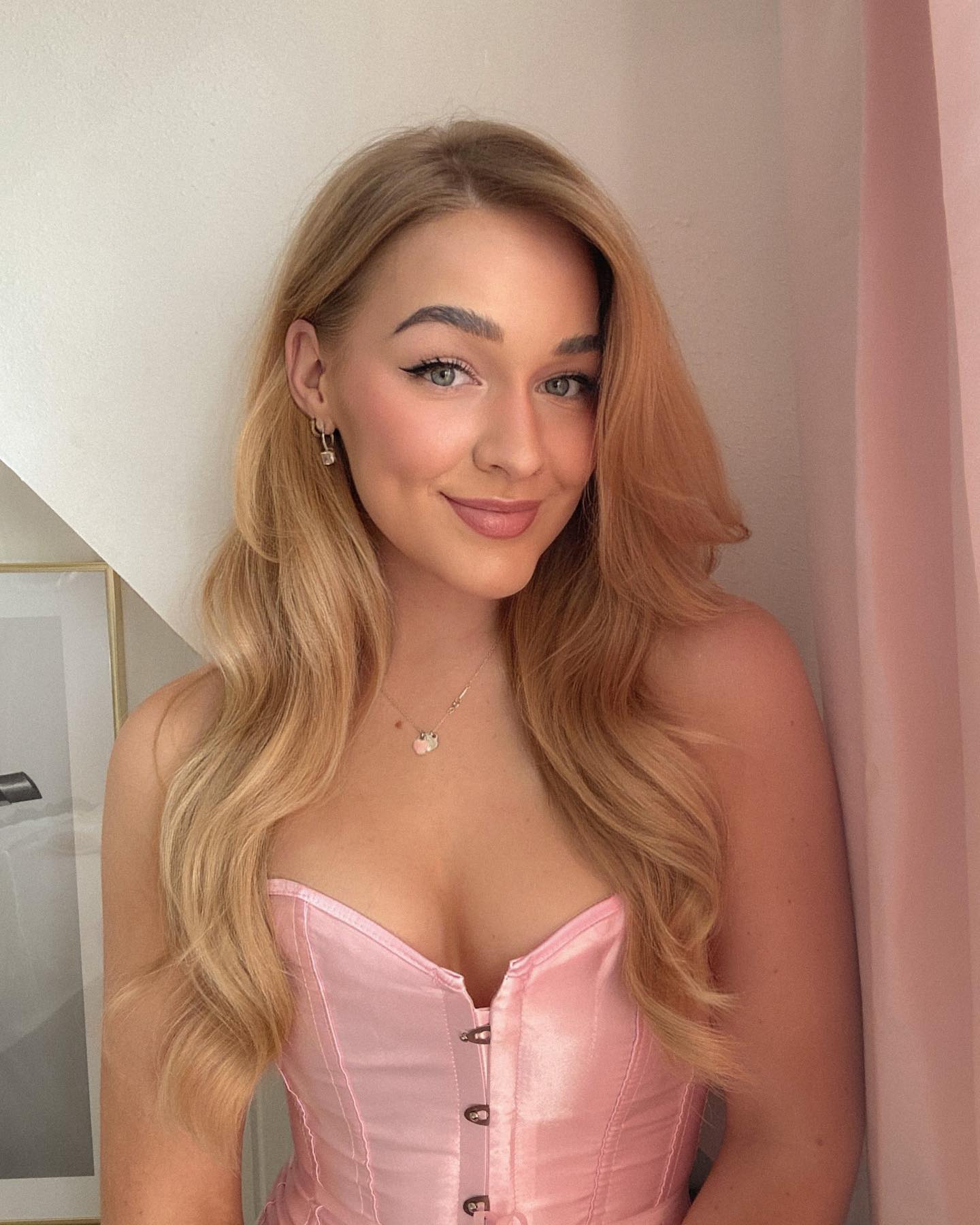 During her childhood days, Maddy was an important member of the school’s cheerleading squad. Soon afterward, she earned herself the role of the captain of the Greendale High Poms squad in her first year. She joined the same team as a member in her second year and ended up bagging several awards in her kitty.

Maddy Spidell graduated from the University of Wisconsin-Milwaukee last year

After a while, the 22-year-old got admission into the University of Wisconsin-Milwaukee. She graduated in the year 2021. She earned a degree in Business. At that point, she shared many pictures from her big day on the social media platform Instagram.

“If it excites you and scares you at the same time, it probably means you should keep going. The best is yet to come! 💫🖤💛” Spidell captioned the carousel of photos. 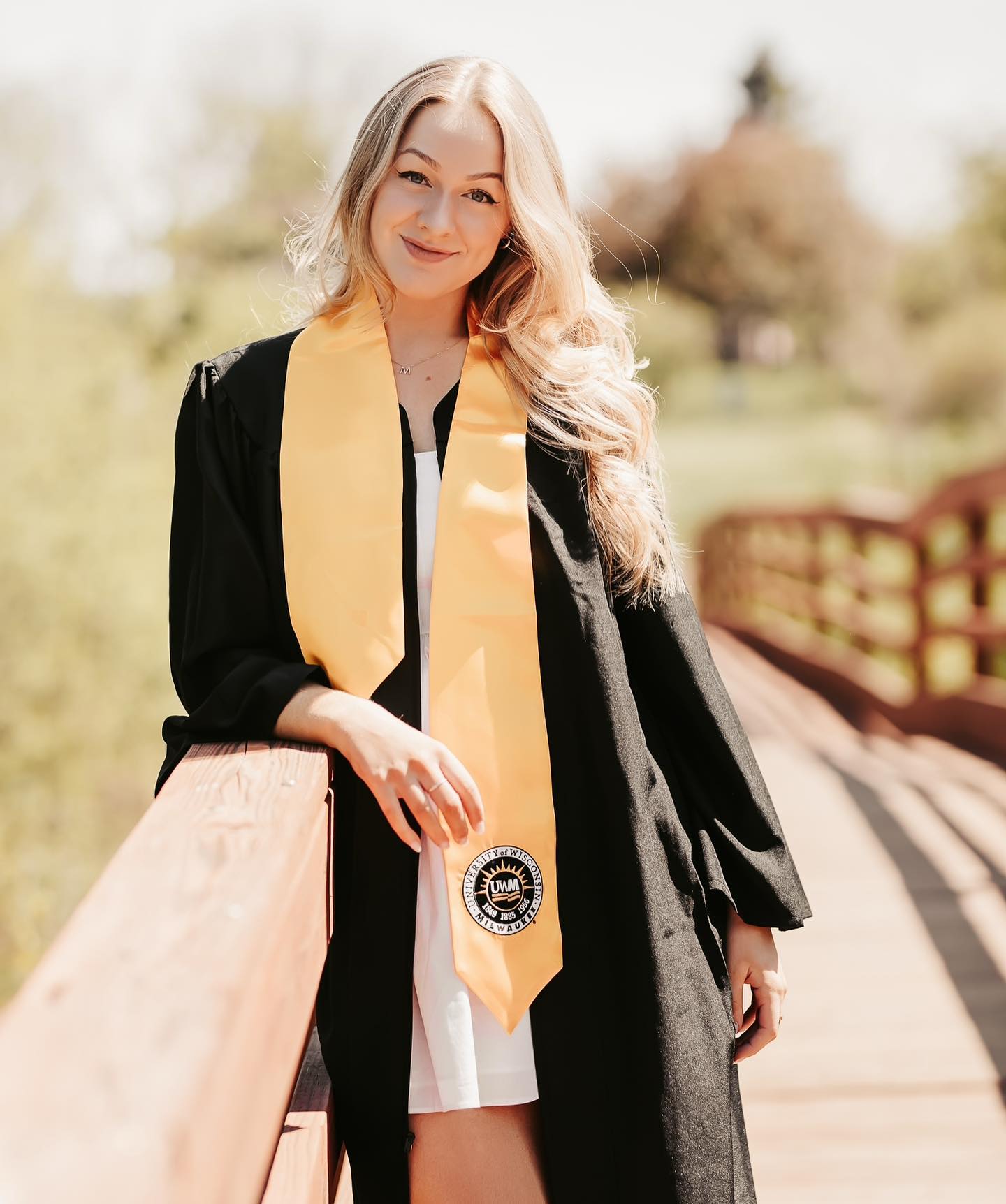 Maddy further added, “Thank you @courtney_rae_photo for taking all of these amazing pictures 💘” In the pictures shared on the social networking platform Instagram, Maddy can be seen looking pretty in a white minidress with a black coat. She let her blonde locks in loose curls.

Maddy Spidell is a skilled dancer

Spidell was inclined toward the world of dancing right from the young age of two. She loved dancing to an extent that she started performing at a local dance studio in her childhood. 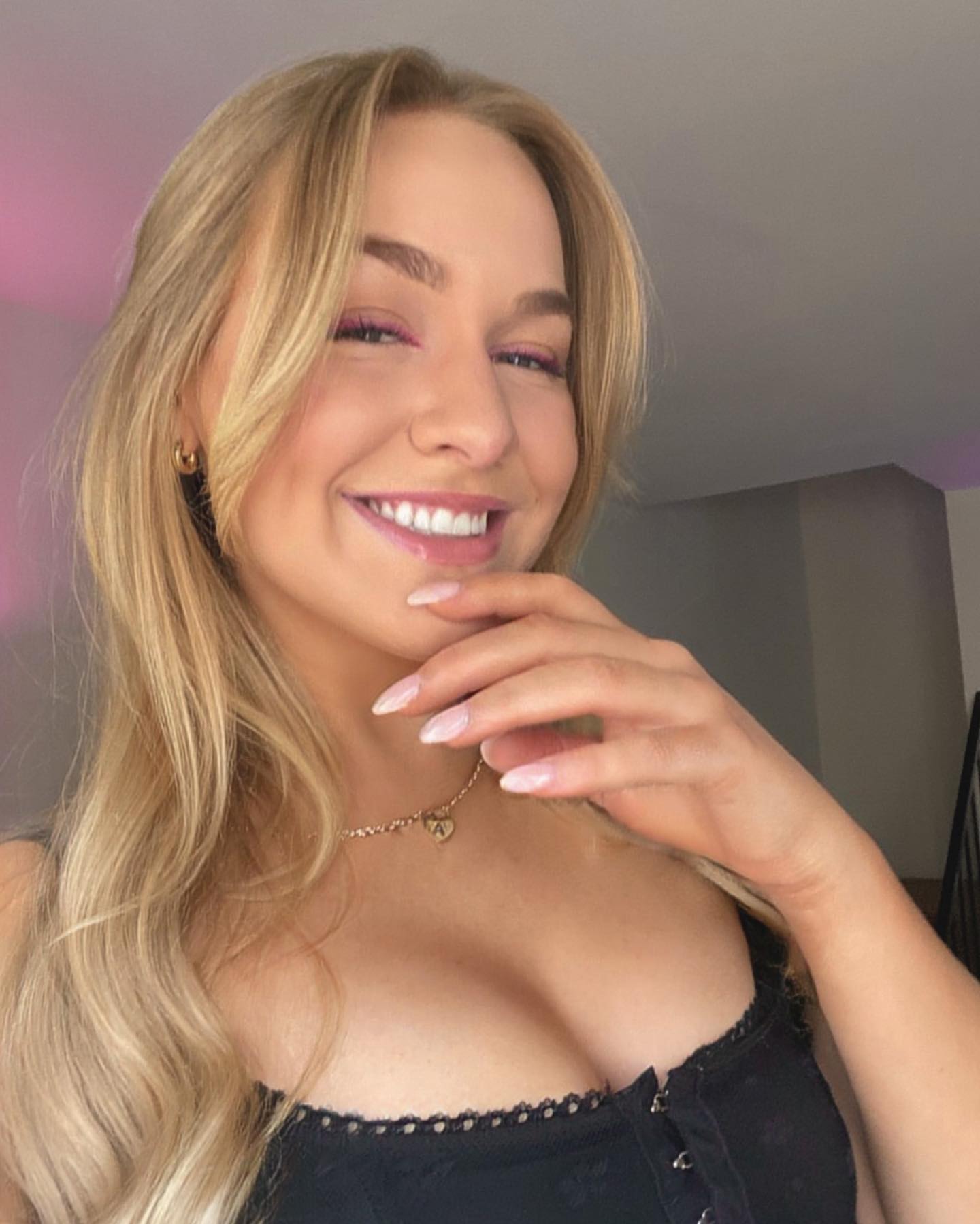 Soon afterward, Maddy attended the Young Dance Academy, and let us share with you that she was so good at it that she was performing in various places in the United States.

The dancer even bagged an opportunity to perform at the Macy’s Thanksgiving Day Parade in New York in 2016. Back in the day, she acquired training in a couple of dance forms such as ballet, jazz, lyrical, and tap dancing. In the past, she has worked as a dance instructor and also at local stores in her home area.

Maddy is also a rising social media influencer. She is a blonde babe and her eye color is blue. Like most millennials, Maddy also has a profile on the social media platform Instagram. At this point in time, she has 760 posts on her Instagram feed and she has a pretty decent fan following on the social networking platform.

At the moment, Spidell has nearly 329k followers on Instagram. As per her Instagram profile, she is living in Los Angeles right now. 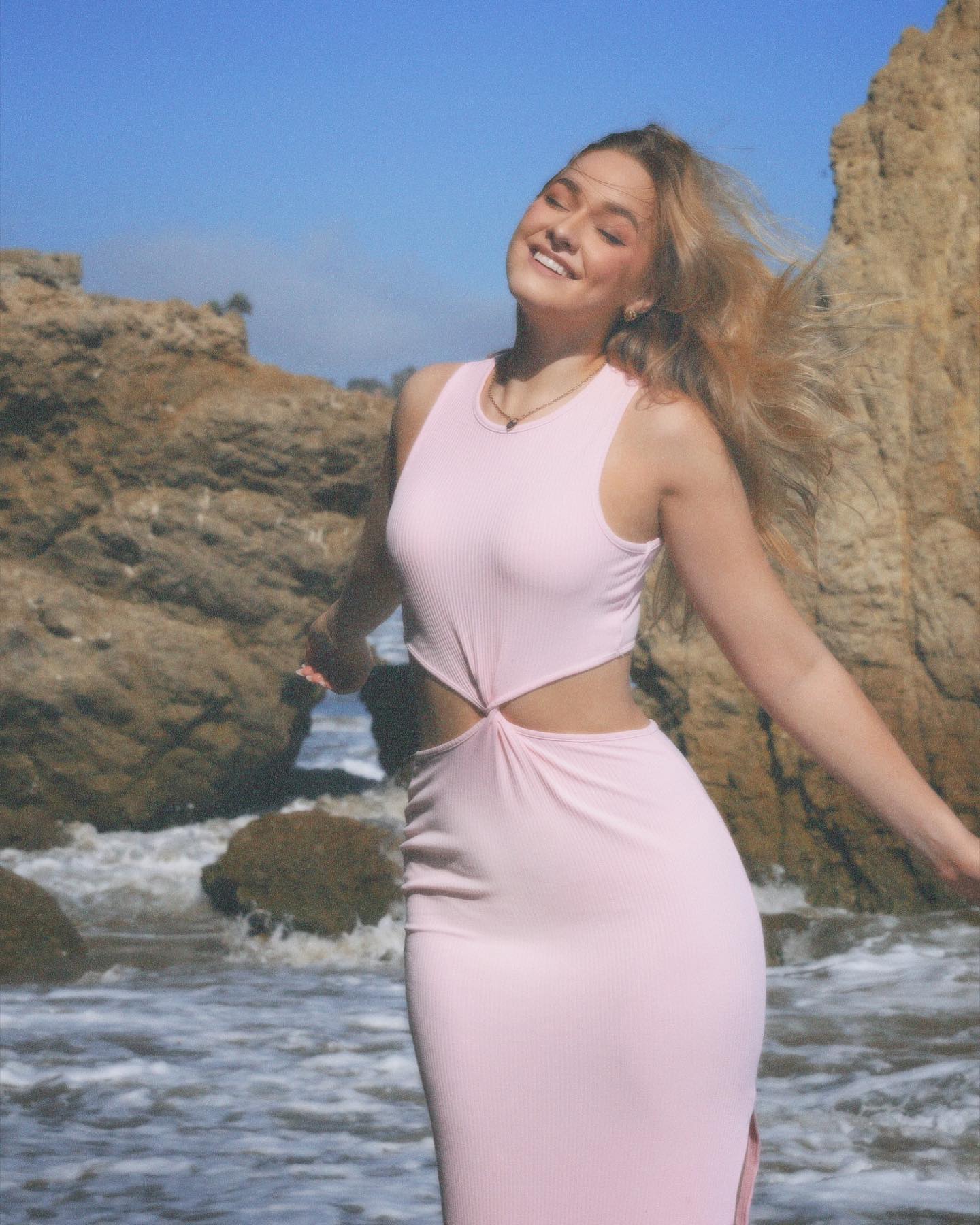 When we scrolled through the Instagram feed of Maddy, we found stunning pictures of her from her trips all over the world, some snaps with close friends and family members, and a couple of photos from paid collabs.

Just like her famous boyfriend MrBeast, Spidell also has a YouTube channel of her own. Right now, she has 28.6k subscribers on the channel. Her videos revolve around beauty, fashion, and lifestyle.

Maddy began posting videos on her YouTube channel in February of this year. To date, she has been featured in many of her boyfriend’s YouTube videos.

By her YouTube videos, you will be able to figure out that Maddy is a fashion freak and she loves to wear stylish clothes. She surely knows how to keep up with the fashion trends and her outfit game is always on point.

When did Maddy begin dating MrBeast?

Maddy and Jimmy met each other through the micro-blogging site Twitter in the year 2019. They began dating each other in June of 2019. The famed YouTube star MrBeast made his relationship with Maddy Instagram official in the same month.

Post the great announcement on the social media platform Instagram, many users of the star stated that Spidell was with him just for name and fame. The fanbase of the YouTuber stated that Maddy was after the successful YouTuber’s money. 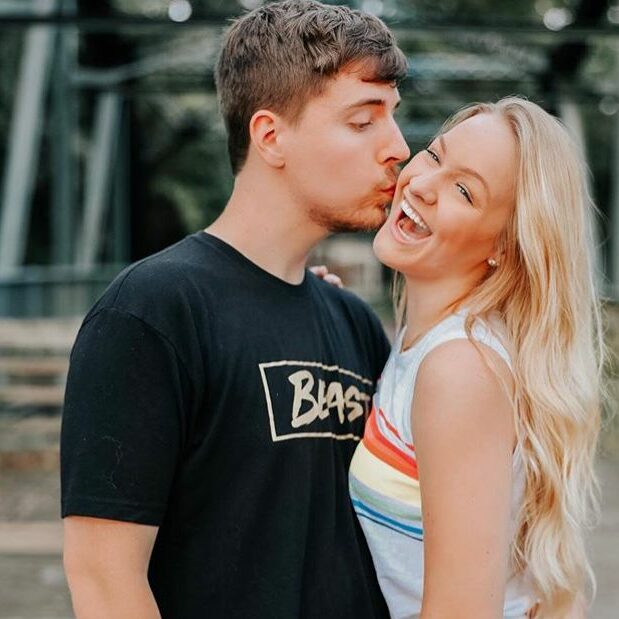 In a Twitter post, MrBeast’s girlfriend Maddy addressed all the rumors about her being in a relationship with him for the sake of money. At that point, she went on to say, “If it wasn’t clear – I don’t want Mr. Beast for his money, just want a bf with good taste in anime who can make me laugh.”

In 2020 MrBeast surprised his girlfriend Maddy with 100,000 roses on Valentine’s Day

Maddy made her first appearance on MrBeast’s YouTube channel in the “Surprising My Girlfriend With 100,000 Roses For Valentines Day“, video and she also made a few appearances in other videos such as “I Adopted EVERY Dog In A Dog Shelter” and “I Spent 50 Hours In Solitary Confinement“.

These two lovebirds have kept their relationship away from the flashing cameras. They have rarely been spotted talking about each other in public. We must say Maddy and MrBeast look super cute together.

Do you ship MrBeast and his girlfriend Maddy Spidell? Kindly let us know your thoughts on the two of them in the comments section below. Don’t forget to stay tuned with us for the latest updates from the world of showbiz.