Who is Lindsay Capuano? All About Bryce Hall’s Rumored Girlfriend

It seems like Bryce Hall has a new girlfriend! The name of the TikToker’s new rumored girlfriend is Lindsay Capuano. Not long ago, the two of them shared a couple of flirty pictures on Snapchat. The dating rumors of Bryce and Lindsay have been going around in circles for weeks now.

Bryce Hall who has more than 20 million followers across all his social media accounts is one of the most popular TikTokers and YouTuber stars. His love life is something of constant interest to fans. Keep scrolling further to catch more insights about the whirlwind romance of TikToker and his new rumored girlfriend Lindsay Capuano. The dating rumors of the TikTok star Bryce Hall and Lindsay Capuano have been swirling in the air for a couple of weeks after both of them shared flirty snaps on their respective social media accounts.

As per a report by Dexerto, the two of them posted a few cozy pictures on the social media platform Snapchat. One snap showed Bryce and Lindsay embraced in a passionate smooch. Another report has shown the collage pictures of the rumored couple, which are believed to have been shared by Lindsay on her online account. The report states that the dating rumors of Bryce and Lindsay began spiraling on social media after Bryce shared a series of pictures of him with Capuano on the social media platform Snapchat in late November 2022.

On the other hand, Lindsay added fuel to the romance rumors of the duo by posting a cheeky video of her and the TikTok star Bryce on the video-sharing platform TikTok. The video showed the duo sharing a kiss and it subtly addressed all those dating speculations.

Here’s all you need to know Lindsay Capuano (profession, age and more)

For those of you who are unaware, let us share with you, Lindsay Capuano is a content creator and Instagram influencer. As of this moment, she has more than 3 million followers on the social media platform Instagram.

Over the last couple of years, Lindsay has managed to build a fan following on various social media platforms like Instagram and TikTok. As per her Facebook profile, she was born on June 30, 1998, in the United States which means she is 24 years old right now. Capuano launched her online career in the year 2015 after consistently sharing content on her Instagram page. Up until now, she has more than 272,000 followers on TikTok where she posts lip-sync videos and shopping halls.

Before sparking dating rumors with Lindsay Capuano, Bryce was romantically linked to fellow social media influencer Riley Hubatka after the two of them posted flirty videos on social media.

Prior to that, Hall was in a long-term relationship with fellow TikTok star and He’s All That actress Addison Rae. These two first sparked romance rumors in 2019 and confirmed their romance in 2020 and parted ways in March 2021. 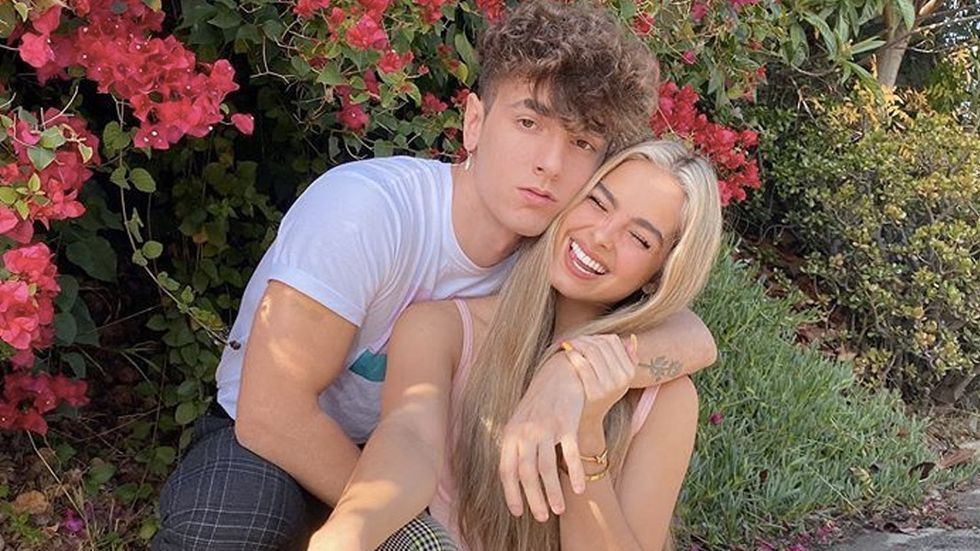 Do you think Bryce Hall and Lindsay Capuano are a match made in heaven? Kindly let us know your thoughts on the pair in the comments section below. Don’t forget to stay tuned with us for the latest updates from the world of showbiz.