Who is Lily Sastry? All About the Daughter of Rowan Atkinson

Today, we are going to tell you all about the daughter of famous comedian Rowan Atkinson, Lily Sastry. Read on to learn everything regarding the Hollywood actor’s daughter Lily. What does Lily Sastry do for a living?

For those of you who are unaware, Lily Sastry is the daughter of the Mr. Bean actor Rowan Atkinson and his wife Sunetra Sastry. He is known all over the world for his stint on the British sitcom show where he played the character of Mr. Bean.

Just like her famous father, Lily is also an actor by profession. She stepped into the acting world as a child artist and she was first seen on the big screen in the children’s movie Tooth in the year 2004. 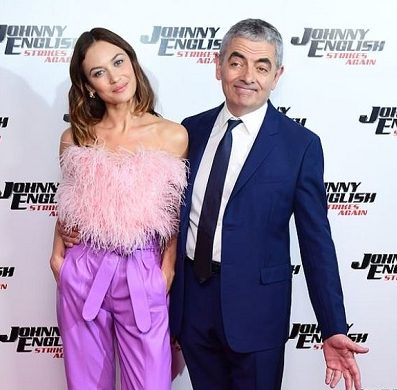 Sastry has also worked with her dad Rowan. She starred in Mr. Bean’s Holiday and Jonny English Reborn alongside her father. We are pretty sure that must be a special moment for the father-daughter duo. Soon afterward, she took a turn and began learning cabaret.

As per the reports of Famous People, Lily started performing her one-woman show at several different venues and she rose to prominence over time. After gaining some name and fame, she was offered her own West End show titled Lily for two nights, which ended up becoming a big hit.

Lily also has some interest in music

Along with acting and dancing, Sastry has some interest in music as well. According to multiple resources, she often likes to sing and she has also recorded a few songs and released them on SoundCloud. So we can say, that Lily is a talented individual as she can sing, dance and act. At this moment, she performs as an actor, singer, and dancer.

Lily’s mom Sunetra and her dad Rowan met each other for the first time in the late 1980s when she was working for the BBC. At that time, she was a makeup artist. They exchanged their vows way back in 1990.

Sunetra and Atkinson tied the knot in February of 1990. The pair shares a total of two children: Lily Sastry and Benjamin Atkinson. Like every other marriage, theirs also went through a few highs and lows. Their love failed to pass the test of true love and they ended up parting ways in 2014. Their divorce got finalized in 2015. Since the time, Lily’s parents got separated, she has been known by her mother’s surname only. However, it was speculated that the relationship of Lily and her dad Rowan also suffered a bit post the divorce of her parents. She also decided to change her name taking her maiden name.

It was stated that the father-daughter bond went from sweet to sour since the separation. Later on, they debunked all those rumors by making a public few appearances together. At the moment, Rowan is in a relationship with comedian Louis Ford. The pair welcomed their first child together in 2017.

We can’t wait to see what Lily Sastry has in store for all her fans in the times to come. Don’t forget to stay tuned with us for the latest updates from the world of showbiz.