Not long ago, another act received the prestigious golden buzzer on America’s Got Talent. During the latest episode of the show, a contestant named Lily Meola impressed the judges and now she has made her way to the live finals.

Meola has joined other golden buzzer acts including Avery Dixon, Madison Baez, Sara James, and Mayyas. Read on to learn everything about the contestant of America’s Got Talent. 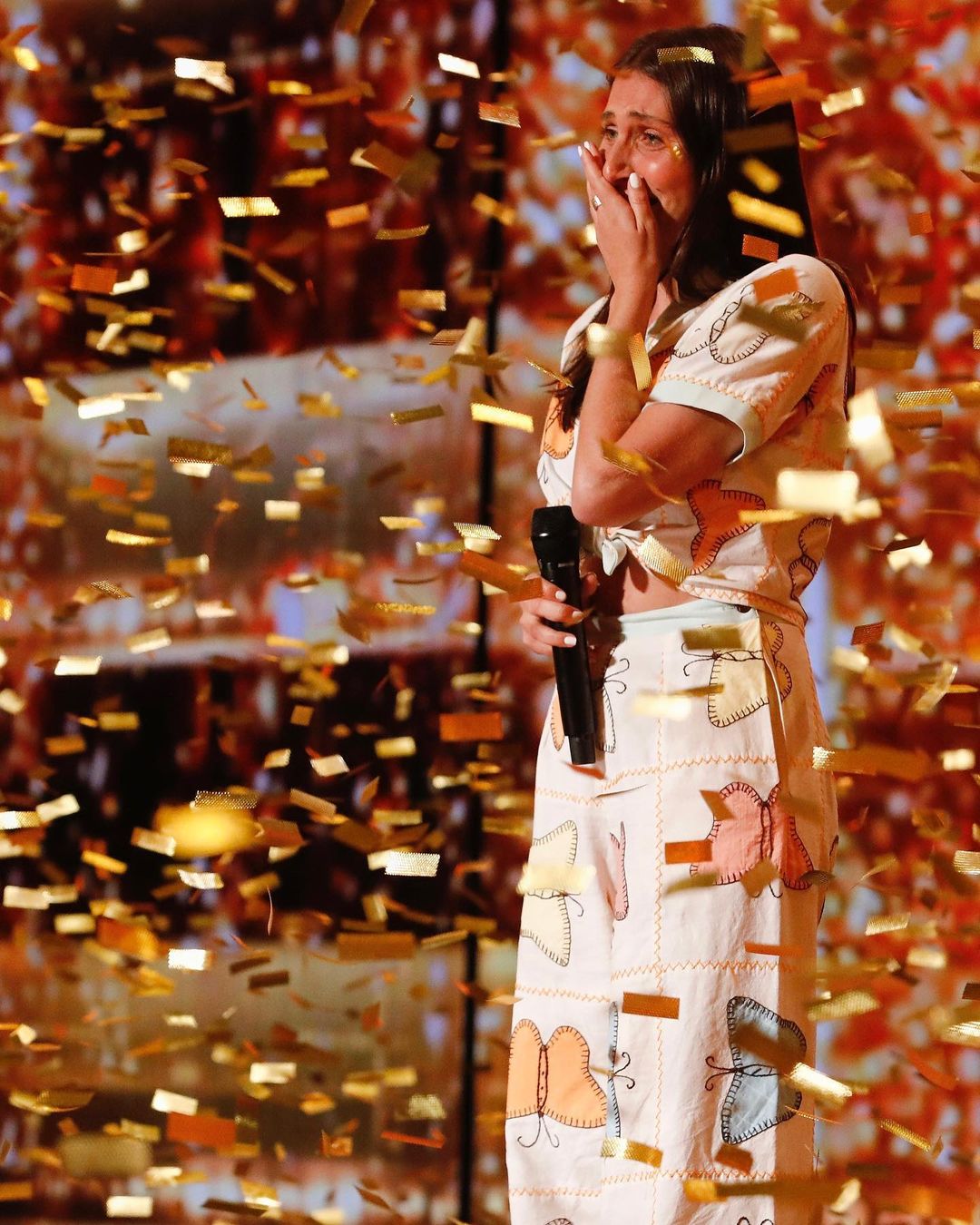 Here’s everything you need to know about Lily Meola

Lily Meola is a singer and songwriter by profession. She hails from Maui, Hawaii. Back in the day, her late mom, Nancy Meola was the assistant of the famous entertainment manager, Shep Gordon.

The 27-year-old singer is the sister of the professional surfer named Matt Meola. It wouldn’t be wrong to say she is no stranger to the flashing cameras and the world of name and fame. 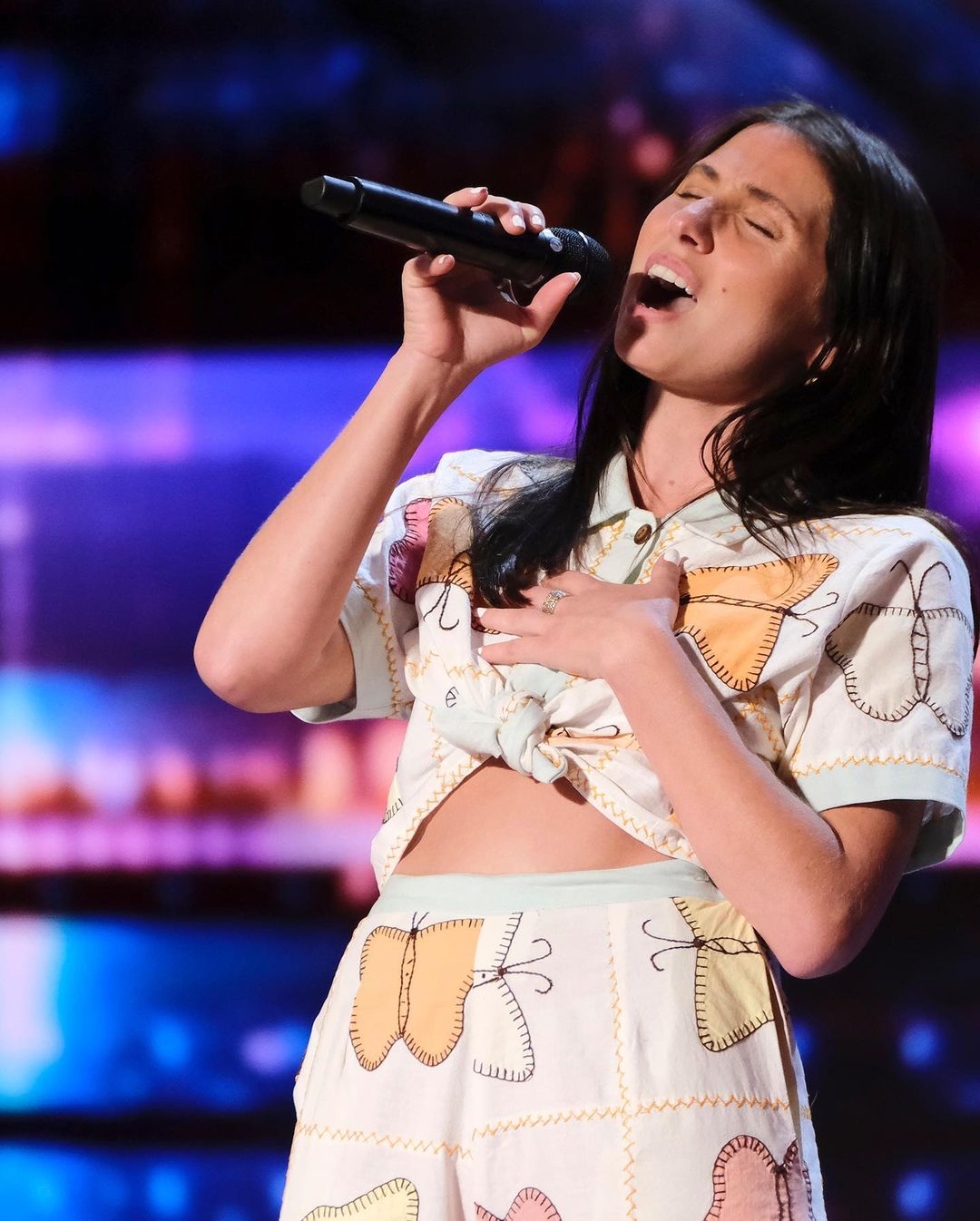 In the past, Lily has toured with the country legend, Willie Nelson. She grabbed the attention of the legendary singer while performing at her weekly residency at Cafe des Amis in Paia, Hawaii.

It has been reported that Meola also sang the song, Will You Remember Mine with Willie, which is also present on his 2013 album, To All The Girls. Along with Nelson, she has also performed with other artists like Steven Tyler, Kris Kristofferson, and Sammy Hagar.

Who are Lily Meola’s idols?

During an interaction with Wasserman Music, Lily talked about her idols and went on to say her idols are Billie Holiday, Frank Sinatra, Cat Stevens, James Taylor, Ella Fitzgerald, Joni Mitchell, and Nina Simone.

Yes, you heard it right.  Lily self-released her EP titled Daydream in March of this year. Her EP consists of tracks Daydream, Smallest Things, Got Your Way, Sunshine and Flaws.

If you want to listen to Meola’s music, then go for it, her music is available on Apple Music and Spotify. For her audition on America’s Got Talent, she sang her own song Daydream and it surely won the hearts of the judges as well as the audience as she ended up with a golden buzzer.

When did Lily start writing the song ‘Daydream’?

Meola opened up and talked about her journey with music with the judges Simon Cowell, Heidi Klum, Sofia Vergara, and Howie Mandel. She stated that she began writing the song Daydream when things in her life were going better than she could ever have dreamed of. She even had a record deal at the table.

Lily explained that the song Daydream and its meaning had “kind of evolved over the past couple of years.” She said,  “I wrote it at a time when things were really beautiful and I was essentially living my daydream. I had a major-label record deal. I had a publishing deal. I had butterflies I was hatching. It was magical. And so, that’s where it originated.” 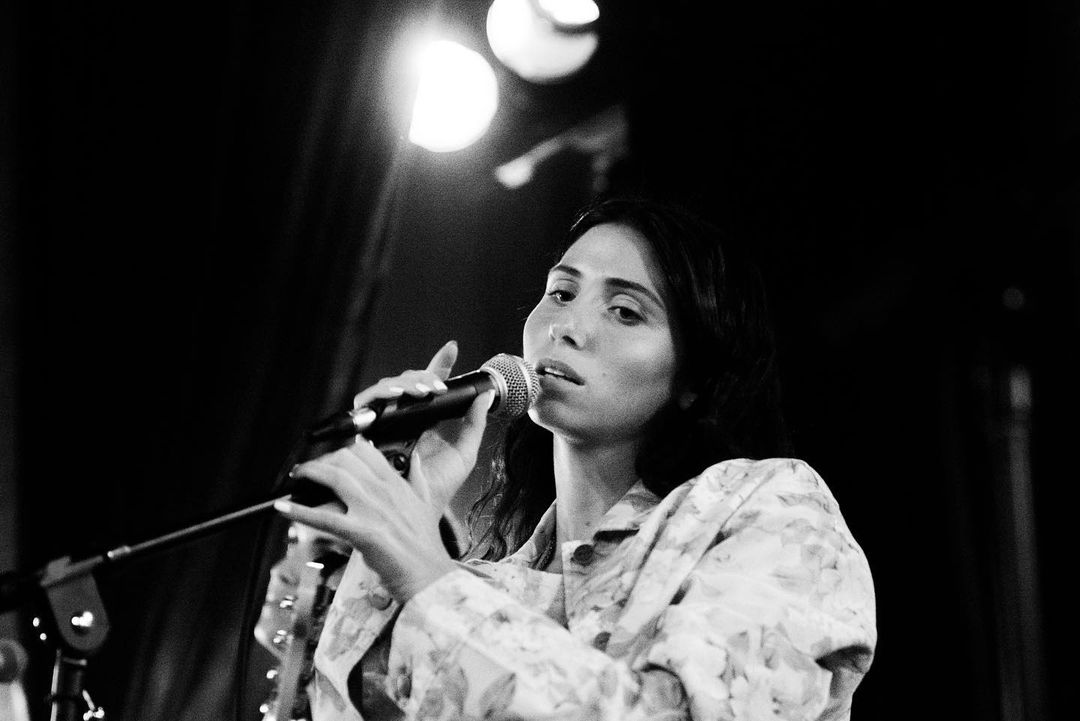 Lily’s mom Nancy got diagnosed with cancer in 2016

The meaning of the song Daydream completely changed for the singer when she got to know that her mom Nancy had been diagnosed with cancer in the year 2016. At that point, to help her mom through her battle with cancer she became a full-time caregiver and unfortunately, she lost the record deal.

The Smallest Things singer recalled the whole experience and further added, “Then my life flipped upside down. I think maybe it was a bit of a blessing because it gave me some extra time to be there for her. She was my biggest cheerleader.” 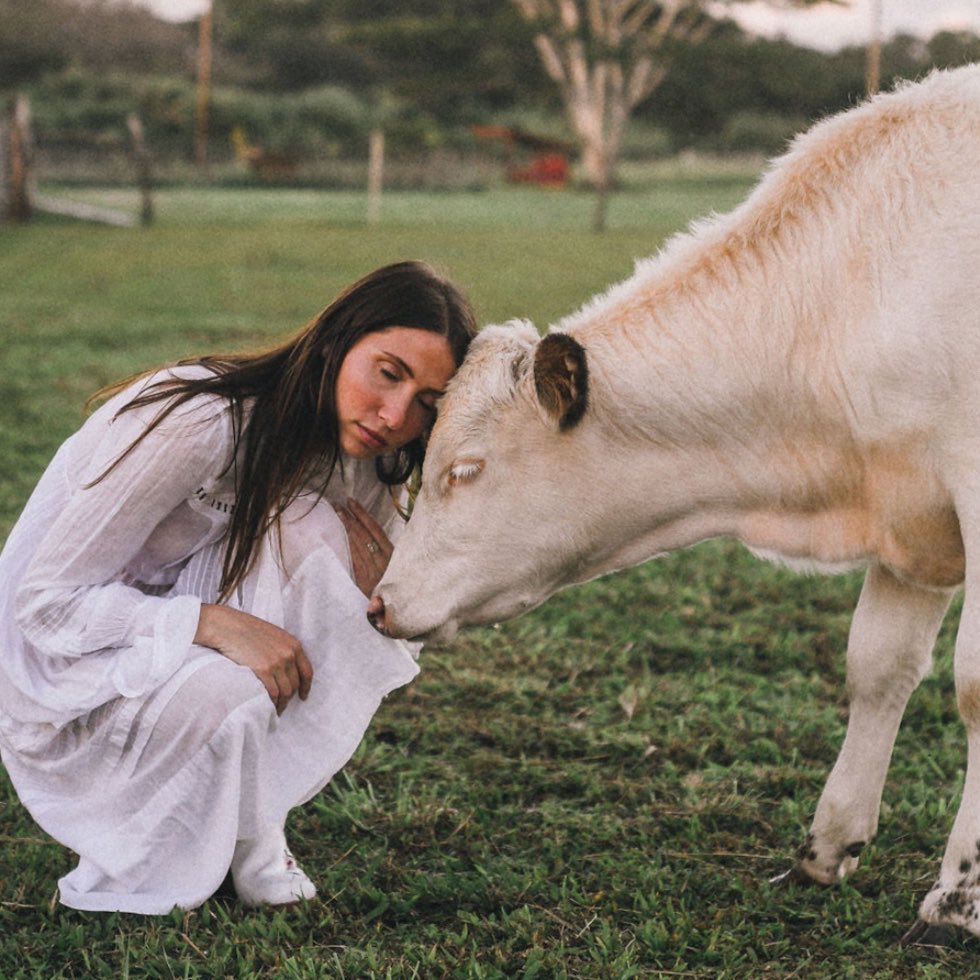 Lily continued, “I don’t know how I’m going to be able to make it through a song without crying. But you know, singing was something my mom and I really connected with, and it’s how I fell in love with music in the first place—her playing music in the car. So, I’m just trying to make her proud and continue to live my daydream.” Her mom lost her long battle with cancer and passed away in June of 2020.

Lily’s brilliant performance on America’s Got Talent not only surprised the judges of the show but also moved the studio audience and touched their hearts to an extent that Heidi Klum stepped forward and decided to five Meola her golden buzzer, which means now she has a solid spot on the live shows, which are set to kickstart in August 2022.

Heidi said, “I’m speechless. Just everything about you, you just light up. I see a light around you. Immediately, I fell in love with you…I really really like you, so I’m gonna push this Golden Buzzer for you. It’s you!”

While wiping her tears, Vergara said, “I think your mother was watching you tonight.” Simon further added, “There is something special about you. I’m sure those memories came flooding back to you during that audition.”

The singer wrote, “Going into this “audition” I saw it as more of an opportunity rather than a competition. A large stage and audience with maybe someone among it who might take something away from my song and experience. In no way shape or form did I even slightly expect a golden buzzer.” 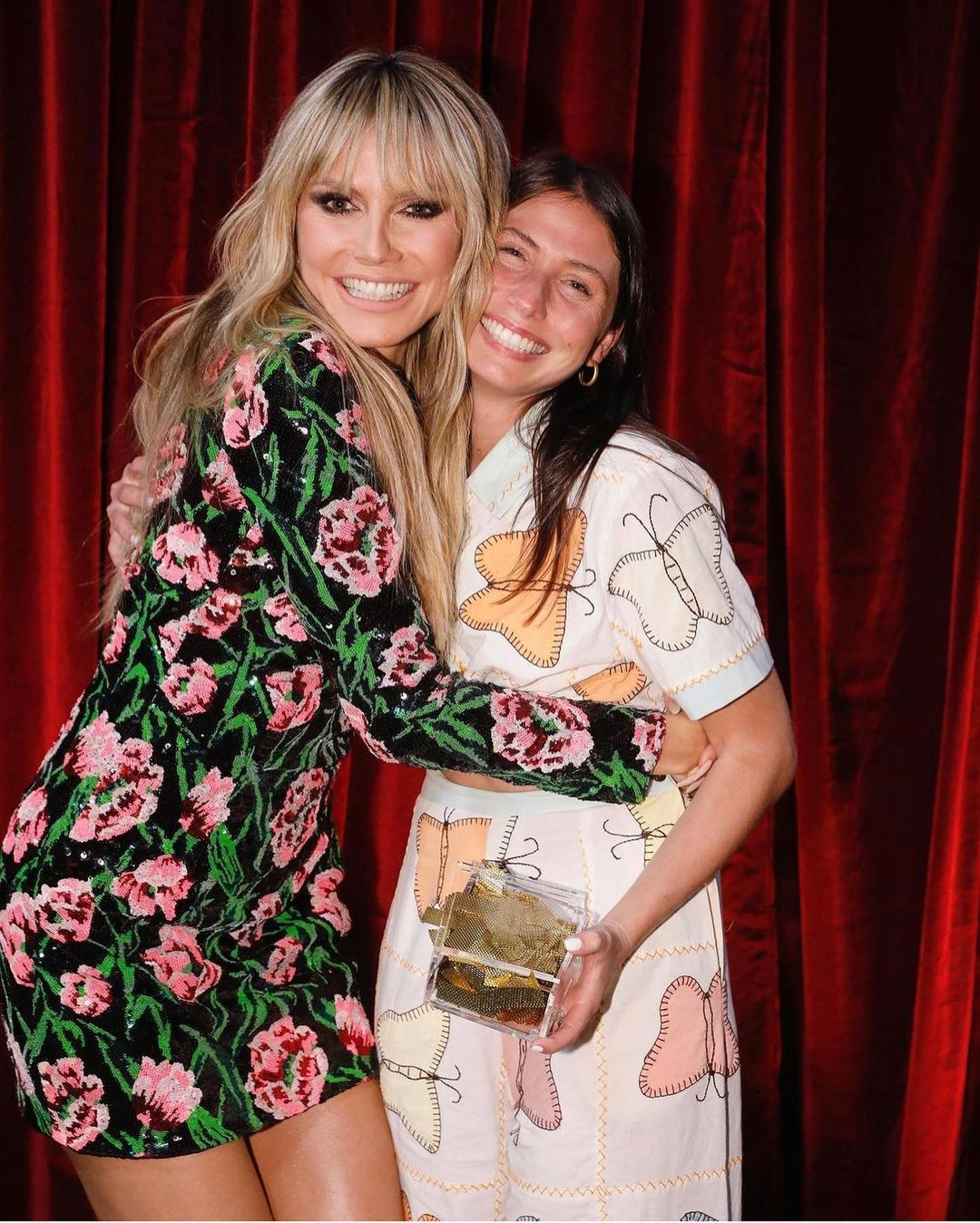 Lily continued, “Thank you @heidiklum for believing in me, and expanding this message to more people than I could’ve ever imagined. 💛And thank you to everyone reaching out to me and sharing such kind words and personal stories. At the end of the day, we’re all in this together. So much love from me to you.💛 #agt”

Did you like Lily Meola’s performance on America’s Got Talent? Kindly let us know your thoughts in the comments section below. Don’t forget to stay tuned with us for the latest updates from the world of showbiz.