Who is Ke Huy Quan? All About ‘Everything Everywhere All At Once’ Star

Ke Huy Quan is an American actor and stunt choreographer. He was last seen in the sci-fi drama film Everything Everywhere All At Once. He played the role of Waymond Wang in the movie. Continue to read to catch deep insights into the personal and professional life of the actor. Here’s everything you need to know about Ke Huy Quan

Ke Huy Quan is an actor and stunt director by profession. He was born on August 20, 1971, in Saigon, South Vietnam (now Ho Chi Minh City, Vietnam) to Vietnamese parents of Chinese descent. He has a total of eight siblings.

The actor also goes by the name of Jonathan Ke Quan. His family flew from Vietnam in the year 1978 where he, his father, and Ke’s five siblings arrived in a refugee camp in Hong Kong. On the other hand, his mom and the rest of his three siblings got separated as they fled to Malaysia. His whole family emigrated to the United States in 1979. He began acting as a child artist at the young age of 12. At that time, he starred in  Indiana Jones and the Temple of Doom. He portrayed the role of Harrison Ford’s sidekick Short Round in the film. Then, he appeared in many films such as The Goonies, It Takes a Thief, Japanese movie Passengers, Breathing Fire, and Encino Man.

Ke Huy Quan stepped away from acting after 2002

Quan quit acting after 2002 as he felt that they were not many opportunities for Asian performers. During an interaction with People magazine, he talked about his decision to step away from the field of acting.

The 50-year-old told the magazine, “Never in my wildest imagination did I think I would end up being an actor. But I fell in love with it. That movie changed my life and my entire family’s life.” 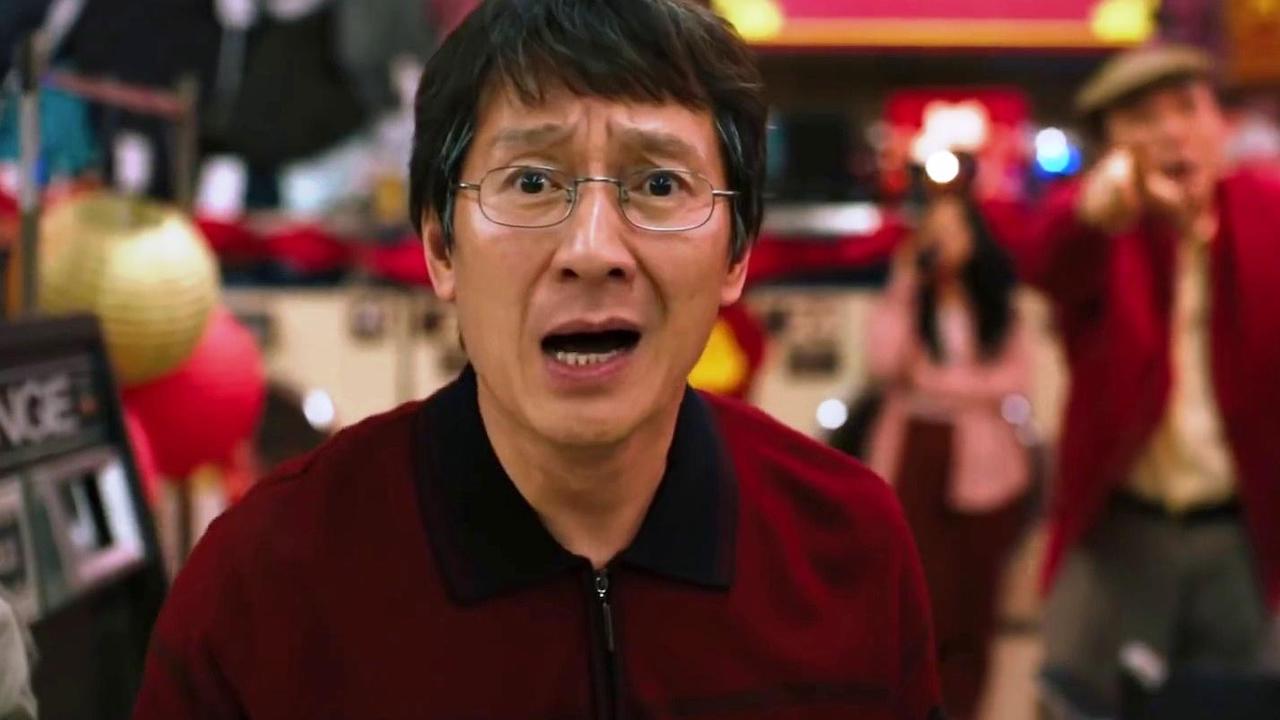 Quan spilled the beans on how after his first two auditions for two big films Indiana Jones and The Goonies things changed for him. He further added, “[It made me think] that I was going to have this amazing career.” He stated aside from a few minor TV and film roles that followed, the acting opportunities quickly ran out.

Ke Huy also addressed his decision about quitting acting. He went on to say “It was tough. I was waiting for the phone to ring, and it rarely did.” He started pondering over the thought of leaving acting in the early 2000s. And after much deliberation, he decided to quit acting.

Quan enrolled in a film school at USC

After leaving acting, Quan got himself admitted to the film program at the University of Southern California. Once he graduated from USC, he was asked by Corey Yuen to go to Toronto, Canada, to help with the fighting sequence in X-Men (2000). Then, Jonathan put all his attention behind the scenes. He turned his focus on becoming a successful assistant director and stunt coordinator. For the next decade, he worked on various productions in Asia and the United States. He worked as a stunt choreographer for X-Men, and The One as the assistant of Hong Kong fight choreographer Corey Yuen.

Yes, you heard it right. Quan felt FOMO (Fear Of Missing Out) after he watched Crazy Rich Asians and the romantic comedy-drama movie inspired him to get back on the screen.

Ke Huy said “I was happy working behind the camera but I had serious FOMO. I wanted to be up there with my fellow Asian actors!” He also spoke about his movie Everything Everywhere All At Once in which he stars alongside Michelle Yeoh with the media outlet.

What did Ke Huy Quan have to say about his role in ‘Everything Everywhere All At Once’?

Quan told People magazine that when he gave the script of the movie a read he felt that the character was penned down for him. He further added, “When I read the script I thought it was written for me because they are me. I understood every single one of them.”

In the movie Everything Everyone All At Once, Ke Huy Quan essayed the character of Waymond Wang, a loving husband who hops through multiple universes trying to help his wife (Yeoh) save the world. He continued, “I don’t think I could have played Waymond had you given me the role 10, 15 years ago. Looking back upon my life, all the highs and lows, I reached deep within me to pour my entire life into these three different characters.”

In the movie, Quan can be seen showing off his acting chops again, his martial arts skills are on full display during a particularly intense and unique “fanny pack fight scene” and we ain’t the ones to complain. He also shared that for that particular scene in the film, he even practiced at the L.A. home he shares with Echo, his wife of many years.

Jonathan said with a big laugh, “I kept swinging it in my house, everywhere I went, and I was constantly breaking things. She wasn’t too happy about it.” He had to master a unique type of fight choreography for the role and he didn’t take much time to make a good bond with his co-star Michelle. The two quickly bonded on the sets of their film.

What’s your favorite film or show of Ke Huy Quan so far? Have you seen his film Everything Everywhere All At Once? Do let us know in the comments section below.

We are so happy to see Ke Huy Quan on the big screen after so long. We can’t wait to see what he has in store for his fans in the times to come. Stay tuned with us for the latest updates from the world of showbiz.