Who is Jake Bongiovi? Everything About Millie Bobby Brown’s Boyfriend

At the moment, The Stranger Things star Millie Bobby Brown is in a relationship with a guy named Jake Bongiovi. Continue reading to catch deep insights into her boyfriend Jake’s personal and professional life. 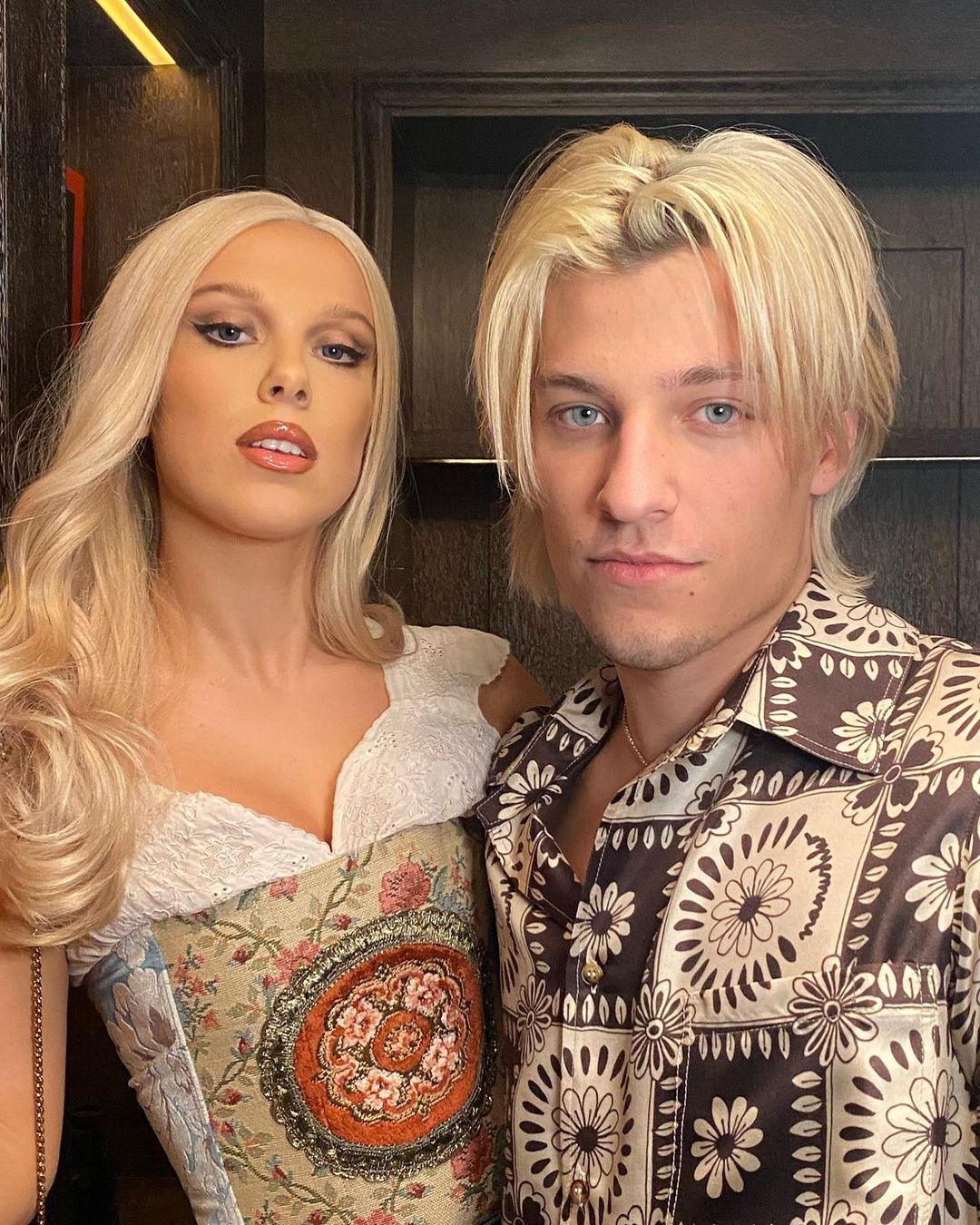 All you need to know about Jake Bongiovi

For those of you who are unaware, Jake Bongiovi is the son of musician Jon Bon Jovi. The real name of Jake is Jacob Hurley Bongiovi. He was born on May 7, 2002. He went to Poly Prep Country Day School in Brooklyn, New York, where he played football.

The 20-year-old is one of the four children of rocker Jon Bon Jovi and his wife of 33 years, Dorothea. He has two brothers named Romeo and Jesse, and one sister, Stephanie. He’s the youngest of the Bongiovi bunch. 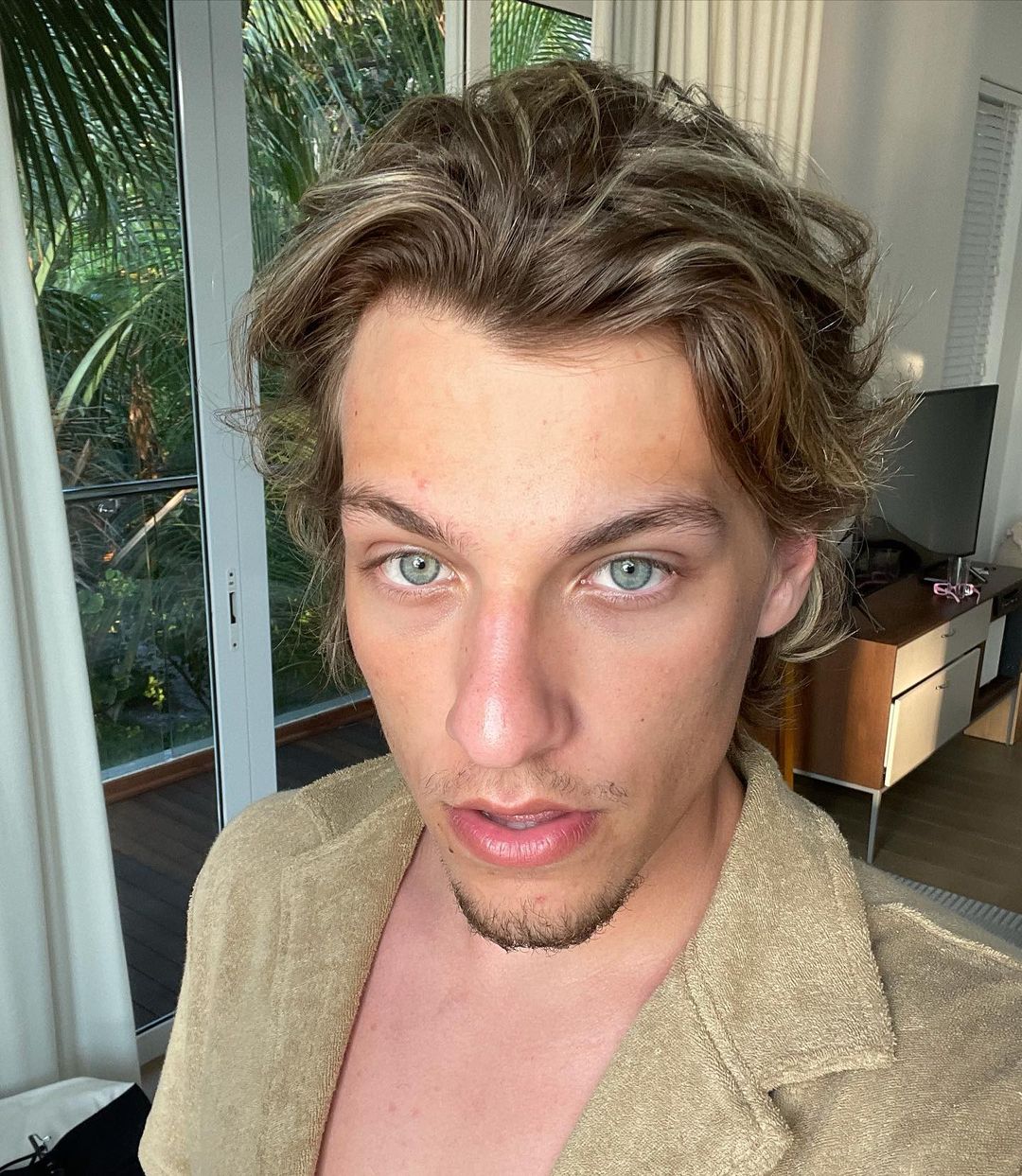 What does Jake do for a living?

As of now, Jake has no acting credits to his name, he describes himself as an actor on his Instagram page. According to the reports, right now he is studying at Syracuse University in New York and is part of the college football team.

The answer to the above question is a big yes. Jake has a profile on the social media platform Instagram. Currently, he has nearly 421k followers on Instagram. He is not very active on the photo and video-sharing platform. He has only 23 posts on his page.

The budding actor keeps sharing some updates from his life on Instagram. He has also featured on the account of his girlfriend Millie. She tends to post a lot of photos of the duo now and then.

When did Millie and Jake begin dating?

Brown and her now-boyfriend Jake sparked dating rumors in April of 2021. It is said that they were introduced via a mutual friend. The couple made their relationship Instagram official in June 2021. During the same month, the duo was spotted out and about in public walking the bustling streets of NYC.

Jake posted a cute picture of himself and Millie on the social media platform Instagram.  “bff”, he captioned the post.

Since then, the couple has been sharing lovey-dovey pictures on Instagram. The two made their red carpet debut as a couple on the 2022 BAFTAs red carpet in London. Millie and Jake were seen twinning in black for the award show. 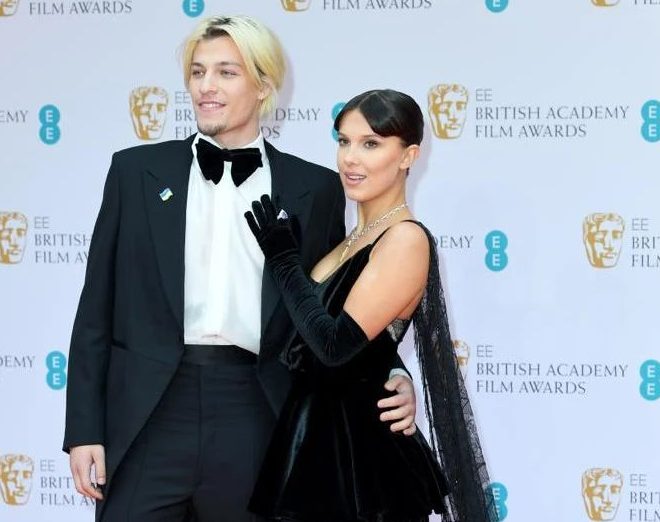 Previously Millie dated British rugby player Joseph Robinson. The two went their separate ways after being together for eight months. In the past, the Enola Holmes actress was also romantically linked to musician Jacob Sartorius and model Romeo Beckham, the son of Victoria and David Beckham.

Jake recently celebrated his 20th birthday and his girlfriend Millie didn’t forget to wish him on the social networking service Instagram. She posted a carousel of pictures of the two on Instagram.

“happy birthday baby, can’t wait to fly to the moon and back with you! (Schroobie noobie)”, she captioned the post. Bongiovi is two years older than our girl Mills.

We can’t wait to see what Jake Bongiovi has in store for his fans in the times to come. We must say Millie and Jake make for one good-looking couple. Don’t forget to stay tuned with us for the latest updates from the world of showbiz.