Emily Ratajkowski is exploring her options! Not long ago, the I Feel Pretty actress was spotted out and about in public with another suitor. She was clicked by the paps while packing on the PDA with Jack Greer.

In the snaps obtained by Daily Mail, the model can be seen making out with artist Jack Greer in front of her NYC apartment. Continue reading further to catch more insights about Jack Greer and his recent outing with Emily. 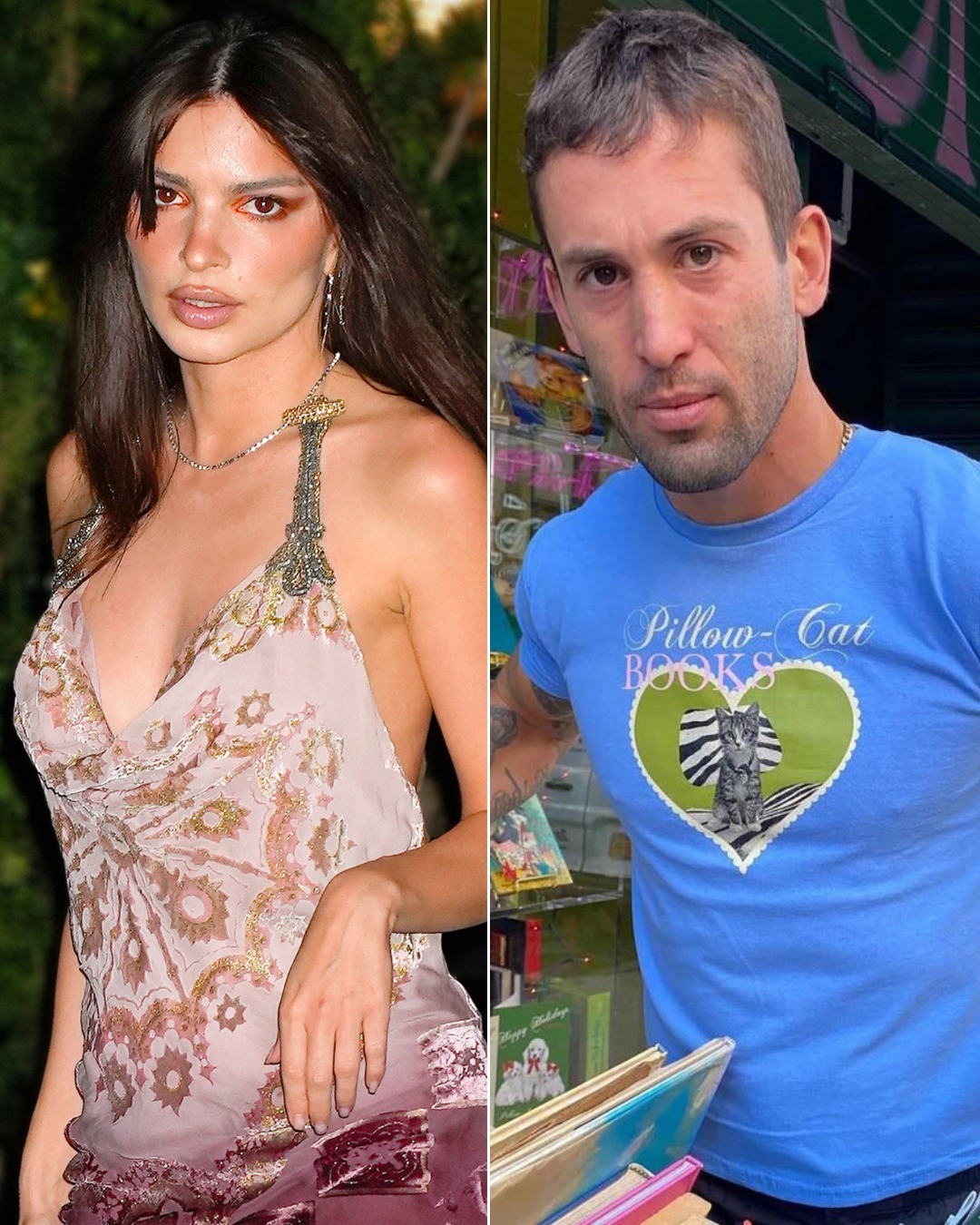 On Wednesday, Emily and Jack were snapped together on a date night. It has been reported by the media outlet Daily Mail, that after their date, the two of them packed on the PDA in front of her NYC apartment.

In the pictures acquired by the publication, the couple can be seen holding each other in a tight embrace as they share a kiss. The two of them looked comfortable in each’s other company.

Emily and Greer didn’t hold hands during their latest outing in New York City but they stayed close while on their adorable night out. Ratajkowski had a big smile on her face while chatting with her new beau. 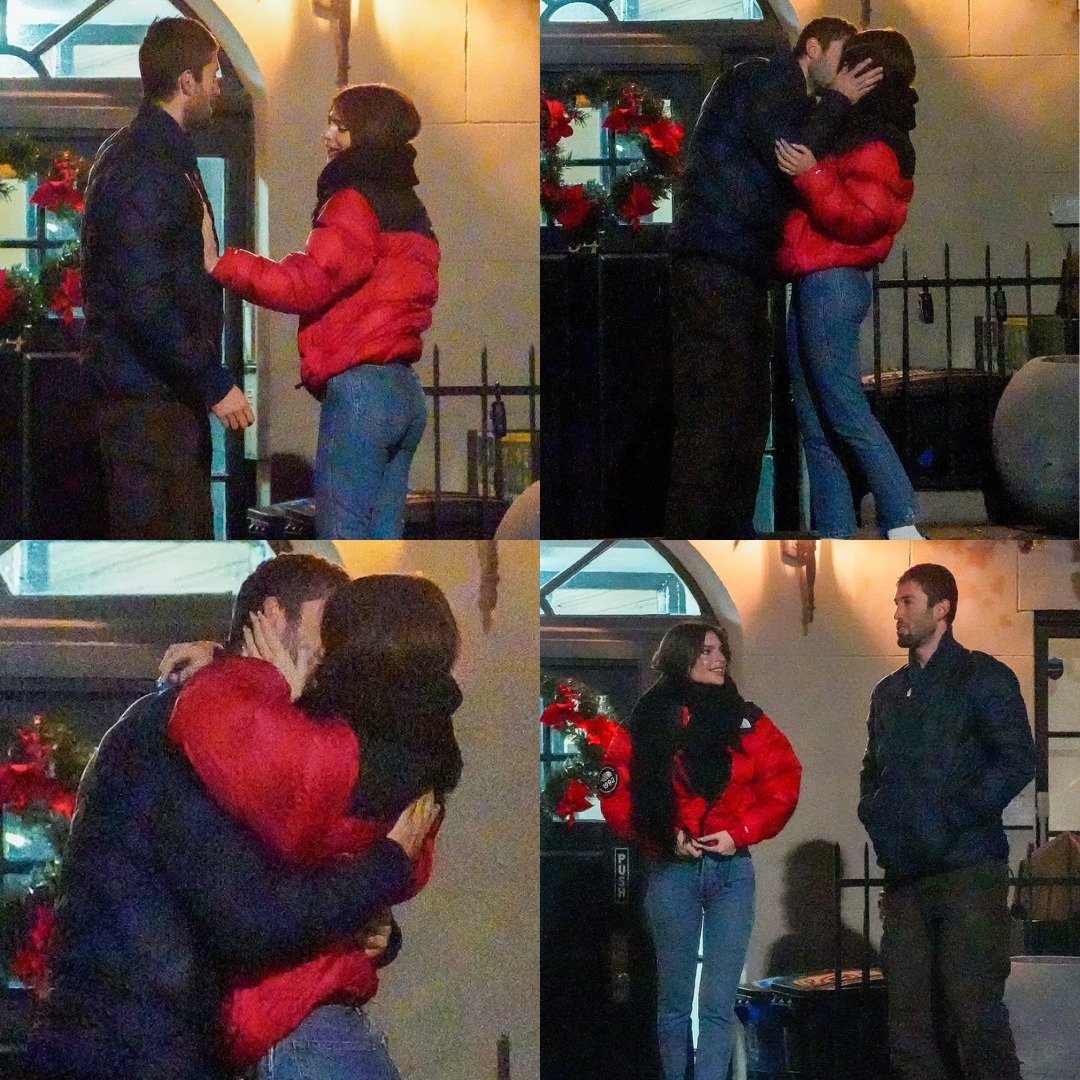 For the night out, the mom of one donned a casual outfit. She opted for a red puffer coat, and a pair of blue jeans. She topped off her look with Nike sneakers and a black scarf. She let her brunette locks down and had minimal makeup on.

On the other hand, when we talk about the New York-based artist Jack Greer, he wore a navy blue jacket and olive green trousers. He completed his outfit with a pair of black shoes. He sported a scruffy beard.

In November, Emily posted a video on her TikTok account. In the clip, she implied that she wanted to date multiple people. The video showed the Gone Girl star mouthing the words of an audio that said, ‘I would be with multiple men, also some women as well, um, everyone’s hot but in an interesting way.’

What does Jack Greer do for a living?

For those of you who are unaware, let us share with you, Jack Greer is an artist. When Jack is not going out on dates with gorgeous models, he is creating art. At the moment, he is 35 years old.

Greer is an artist who has designed many unique works in the past. He often shares his work on the social media platform Instagram. As per his website, he describes himself as a “prolific innovator” who works with different mediums like “drawing, photography, sculpture, and apparel design.”

Greer has also used photos in collages that include sculptures, installations, and more.  According to his website, “In 2012, he created a series of sculptures consisting of chainsaws embedded in transparent blocks of resin. Greer is also an active member of The Still House Group, an organization founded by Isaac Brest and Alex Perweiler.”

Jack’s budding romance with supermodel Emily is convenient for the pair as both of them live in New York City. His art and business are based in the famous city of the United States where the My Body author works as well.

During the December 22, episode of her podcast, High Low, Emily spilled the beans on downloading a dating app. In the episode, she said, “I was like, ‘f**k it.’ I was feeling defiant because so many people told me not to get [the dating app].” Apart from being an artist, Jack is also a business owner. The name of his clothing company is Iggy NYC. His company creates a plethora of clothing items. His unique works are so popular that one of his sweaters was also featured on an episode of the hit HBO series  Euphoria which stars Zendaya, Maude Apatow, Angus Cloud, and many others.

Greer even took to his Instagram account to talk about the moment when he saw Hunter Schafer rocking a sweater from his brand. In July 2019, he posted a series of snaps of Hunter sporting his brand.

The artist simply captioned the carousel of pictures, “Jules from the show Euphoria wearing the Streetwise knit sweater. Couldn’t be more stoked on this surprise. Felt cute might delete.”

Yeah, you read that right. Emily’s new man is not just about art but also books. In the past, he has been featured on the Instagram account of NYC bookstore Pillow-Cat Books a couple of times. Earlier this month, Jack donned a blue t-shirt with a kitten on it to support the local book shop.

“Santa has a new muscular worker (@iggy.nyc) who’s helping us pull the gate up and down in the anniversary tee! *Speaking of gates, starting this week, we have special holiday hours: 10am-8pm! See you soon!!! Also, #taptoshop if you want to be muscular and cute like Jack,” they wrote in the caption of the December 6, post.

Almost 2 days later, they shared a similar photo of Greer wearing the same blue shirt. They captioned the post, “Jack and @iggy.nyc helping out with their muscles and our bench in the Pillow-Cat Anniversary Tee.” They also added a few hashtags like “#pillowcatgoodies”,  “#taptoshop” and “#muscles”.

Pete and Emily first sparked romance rumors in November 2022. At that time, they were spotted on a date in New York City. At the start of December 2022, a source told People magazine, Pete and Emily, ‘are going strong and getting a little more serious.’

The source went on to say, ‘They have a love of the East coast in common and similar vibes personality-wise and style-wise. And it’s always the same thing with him: he really makes her laugh and keeps things fun.’ Soon after, the model was seen on a date with DJ Orazio Rispo. Do you think Emily Ratajkowski and Jack Greer are a good match for each other? Drop your thoughts on the duo in the comments section below. Don’t forget to stay tuned with us for the latest updates from the world of showbiz.