Who is Jack Depp? Everything About Johnny Depp’s Son

Johnny Depp is one of the most successful actors in Hollywood. He is best known for his work in films such as Pirates of the Caribbean, Charlie & the Chocolate Factory, Finding Neverland, and Sweeney Todd amongst many others.

Last year, Johnny Depp was in the spotlight due to his defamation case against his ex-wife Amber Heard. After the defamation trial was over, the Hollywood actor moved on in his life. When we talk about the personal life of the Pirates of the Caribbean star, he is a proud father of two kids. Johnny shares his daughter Lily-Rose Depp and son Jack Depp with his ex-girlfriend Vanessa Paradis whom he dated from the year 1998 to 2012.

Lily-Rose Depp has followed in the footsteps of her starlet father Johnny Depp and decided to pursue a career in acting. Read on to know everything about Johnny Depp’s son Jack Depp including his early life and more.

Here’s all you need to know about Johnny Depp’s son Jack Depp (including birthday, age, and more)

For those of you who are unaware, let us share with you, Jack Depp is the son of Johnny Depp and his former partner Vanessa Paradis. John “Jack” Christopher Depp III was born on April 9, 2002, in Neuilly-sur-Seine, France. At the moment, he is 20 years old.

Unlike his elder sister Lily-Rose, Jack has stayed away from the limelight and he is rarely photographed by the paps. In the past, Vanessa has openly talked about her desire to give her kids the option to live out of the public eye. 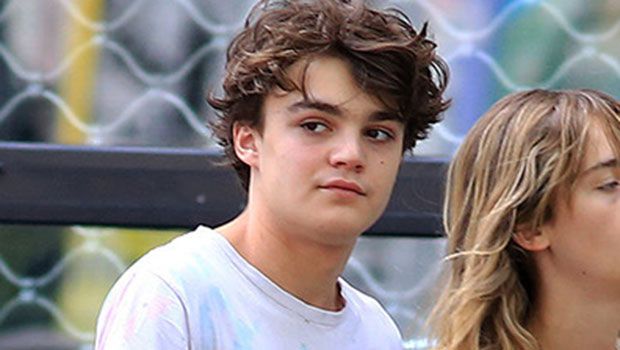 During a 2007 interview with Weekend Knack magazine, Paradis said, “Now I indeed keep them away from the cameras, because I don’t want our children to be forced to share in our fame against their will. They didn’t ask for that. Not yet. The day that they will decide for themselves to do things that might bring them into the spotlights, then I won’t stop them.”

Jack shares a close bond with his elder sister Lily-Rose

Yeah, you read that right. Jack is pretty close to his elder sister Lily-Rose. In an earlier interview with Interview magazine, Lily-Rose revealed that she and her brother Jack were in school in the United States and they would often talk to each other in French.

Lily-Rose told the publication, “When my brother and I were at the same school, whenever we wanted to say something that was going to stay just between us, we could say it in French and nobody would understand.” She also went on to say that they always spoke French at home with their mom Vanessa. Lily-Rose posted a sweet birthday post on the occasion of her younger brother Jack’s 18th birthday on the social media platform Instagram. “My little baby Jackie is 18🥺My baby bro my heart and soul happy birthday I love you SO MUCH!” she wrote alongside a snap of the duo from when they were kids.

What did Johnny Depp have to say about his son Jack?

In the past, Johnny has claimed that he had a difficult childhood but the Oscar nominee makes sure to shower his children with affection. In 2013, he told Rolling Stone, “With my kids, they’re told 75 times a day that they’re loved. One thing I know is they feel loved and secure and happy and needed and necessary and a part of something.”

Johnny doesn’t like to talk about his kids in public, but he has stated that he is proud of his son Jack’s artistry. In a 2014 interview with The Philippine Daily Inquirer, he spoke fondly of his son Jack.

At that time, the Charlie and the Chocolate Factory star said, “My boy Jack … draws really super well. He also plays music very well. He’s got a good feel for that. Aside from school plays and things, he hasn’t shown any desire to become an actor. Whew!” In the year 2018, Depp told Rolling Stone that one of the proudest moments of his life was when his son Jack announced he had started a band and shared the group’s name with Depp. At that point, he said, “The kid says ‘Clown Boner.’ We don’t need a paternity test. That’s my kid.”

Back in the day, Johnny expressed his sympathy for his son Jack for having to deal with public scrutiny after allegations of domestic abuse were first levied against his dad by Amber Heard. Jack is one of those celeb kids who likes to keep his personal life private. In August 2020, he was romantically linked to model Camille Jansen. At that time, the pair was spotted out and about in public together.

According to a report by People magazine, then, Jack was clicked by the paps while taking a stroll with his girlfriend, French model Camille Jansen. The duo was snapped walking side-by-side during their outing. For the day out, Jack opted for a denim button-down shirt and slacks, meanwhile, Camille donned a white tank top and dark slacks. The two of them kept their romance under the wraps.

In April 2020, Camille shared a sweet birthday tribute for Jack on the occasion of his birthday. “🎂🐒❤️ happy birthday my love,” she wrote in the caption of the Instagram post. The picture showed Camille looking at the cameras while her hands were wrapped around Jack who had a bucket hat on his head.

Do you see a resemblance between Johnny Depp and his son Jack Depp? Kindly let us know your thoughts in the comments section below. Don’t forget to stay tuned with us for the latest updates from the world of showbiz.