Edward Abel Smith is the husband of the Mare of Easttown star Kate Winslet. These two love birds have been together since the year 2011. The highly acclaimed Academy Award-winning actress tied the knot with Abel the following year.

We know you are pretty keen to learn everything about Kate’s husband Edward. So what are you waiting for? Continue reading further to know about every aspect of Smith’s life. 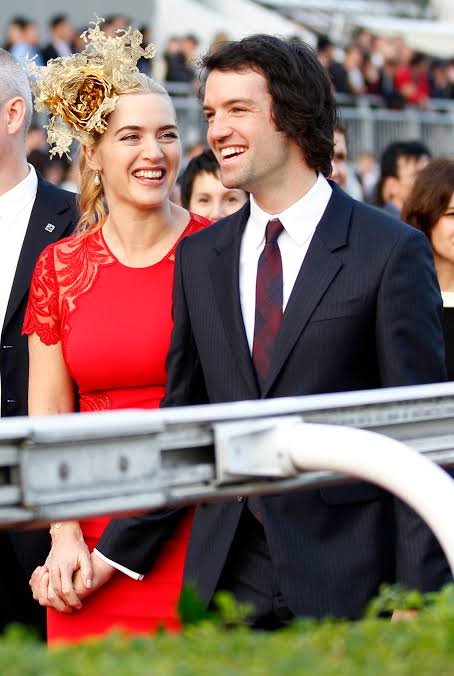 Here’s all you need to know about Edward Abel Smith

Edward Abel Smith was born around the year 1977. His birth name is Ned Abel Smith. He is the nephew of British Billionaire Richard Branson, who is the owner and founder of Virgin Group. Smith is a British businessman. He is the Head of Marketing, Promotion, and Astronaut Experience at Virgin Galactic.

At the time when he met Kate, Edward went by the name of Ned RocknRoll and he was working at Virgin Galactic. The two of them crossed paths for the first time in the year 2011. The couple got secretly engaged in the summer of 2012. Edward and Winslet said ‘I Do’ in the same year. The couple exchanged their vows at a private ceremony in 2012. 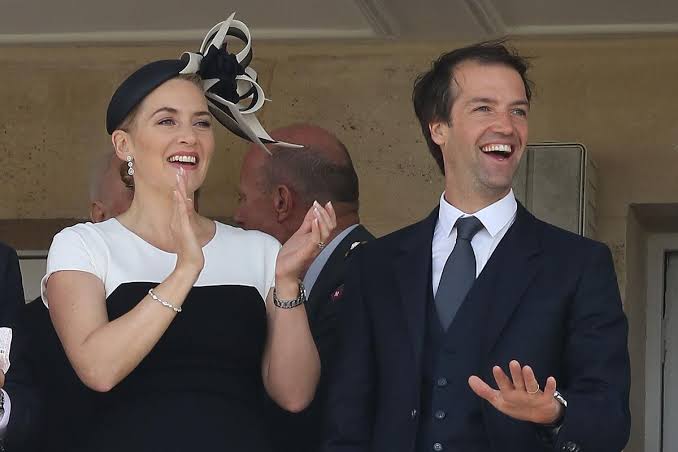 Why did Kate Winslet’s husband change his name?

For those of you who are unaware, let us tell you when Kate met her now-husband he went by the name of Ned RocknRoll. Hold on, we will tell you the whole story about his name change. As per the reports, he changed his name to the strange moniker in the year 2008. He changed his name back to Edward Abel Smith a couple of years later.

While making an appearance on Jimmy Kimmel Show, Kate spilled the beans on her husband’s name change. She said, “So his birth name is Abel Smith. As time went by and Ned became Ned — who is quite an original personality — he just decided at one point in his life to just change his name to Rocknroll.” 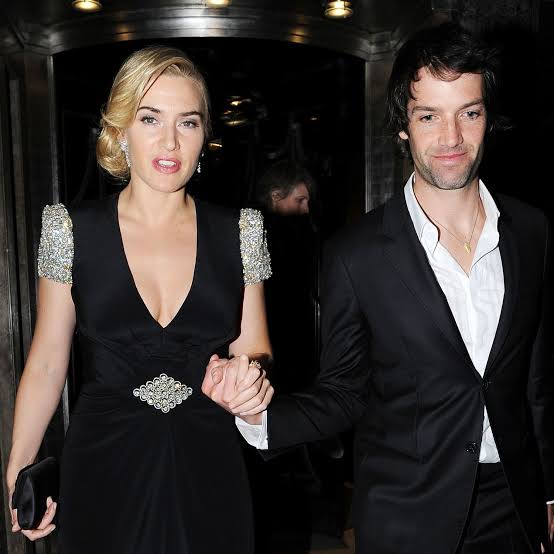 The Titanic actress further added “Ned Rocknroll. So when I met him, his name was Ned Rocknroll. This is completely true.”  He changed his name to Edward Abel Smith when the pair welcomed their son Bear Blaze in 2013.

When did Kate Winslet and Edward Abel Smith get married?

According to various reports, Kate met Edward (then Ned) for the first time on Branson’s estate on Necker Island in 2011. These two met during a fire. They got married in December of 2012 at a private ceremony.

Let us tell you an interesting detail about the pair’s wedding. Kate’s Titanic and  Revolutionary Road co-star and best friend Leonardo DiCaprio walked her down the aisle. We are pretty sure that must have been a pretty special moment for the close pals. 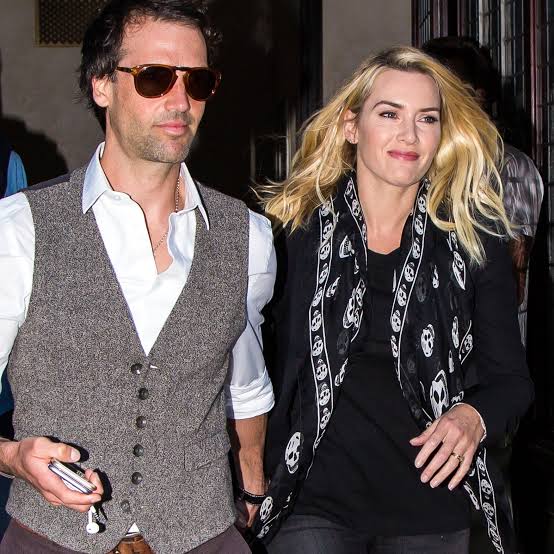 Kate and Edward share one child. The pair’s first and only child joined them earthside in the year 2013. Winslet gave birth to the couple’s first child, a son named Bear Blaze Winslet in 2013. At the moment, their son is eight years old.

During a 2013 interview on the Ellen DeGeneres Show, the Oscar-winning actress talked about why she and her husband Edward decided to name their baby boy Bear Blaze. At that time, she said, “We settled on Bear quite early on.” 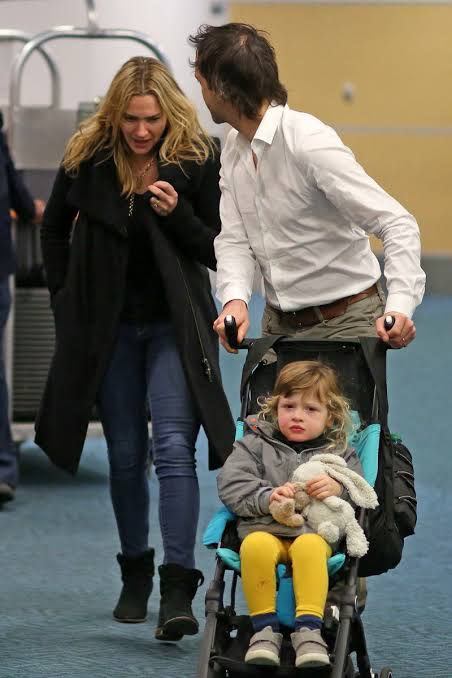 Winslet went on to say, “A friend of mine when I was younger was nicknamed Bear, and I just had always really loved it. He was very much a bear. He was everyone’s shoulder to cry on, he was a big bear hug, he was just this great figure in my life, and I just always remembered him.”

When we talk about the middle name of her son ‘Blaze’, it is a reference to the house fire Kate escaped in August of 2011 while on vacation in the Caribbean. During the same weekend, Winslet met her husband Ned RocknRoll. 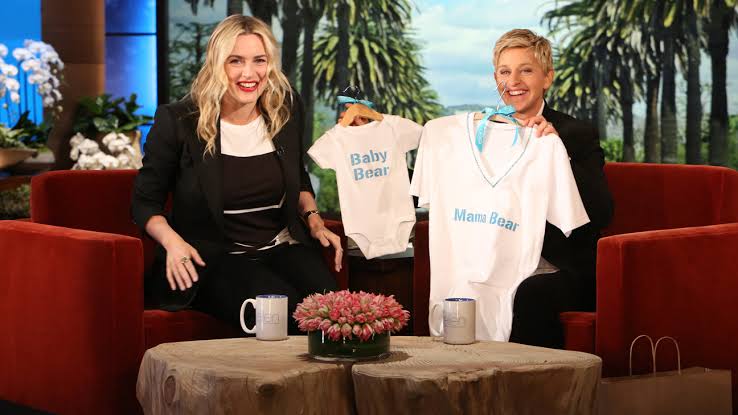 The Eternal Sunshine of the Spotless Mind star continued, “The house burned down and we survived. But we wanted something of the fire, and so Blaze was the name that we came up with.”  The last name of the pair’s son is Winslet. When Ellen asked Kate why isn’t the last name of their son RocknRoll. Winslet paused before replying with a laugh, “Why do you think, Ellen?”

Kate has two children from her previous two marriages. She welcomed her first baby, daughter Mia Honey Threapleton into the world in 2000, during her marriage to Jim Threapleton. She had her second baby, a son named Joe Mendes with her second husband Sam Mendes in the year 2003. 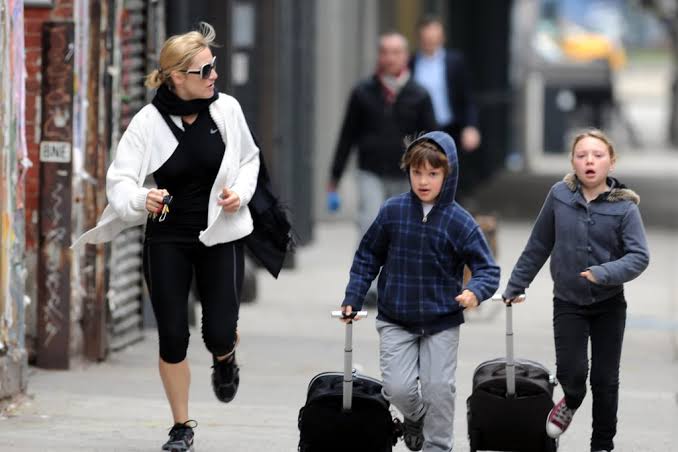 The Revolutionary Road actress further added, “But of course this time around, there’s Mia and Joe and the whole pregnancy’s about what are we going to call the baby. They were very much included, and we settled on Bear quite early on.”

Kate has found her soulmate in Edward Abel Smith

Yes, you read that right. At the end of the day, everyone wants to find their happily ever after and Kate has found hers. During an interaction with New York Times, Winslet couldn’t stop gushing over the love of her life. At that point, she said, “He looks after us, especially me.” 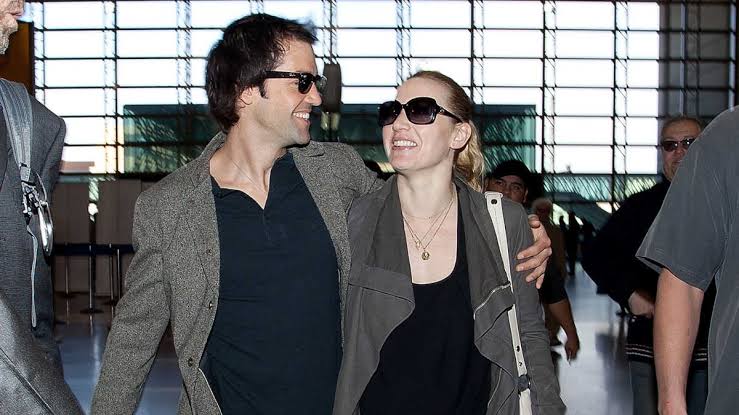 Kate went on to say, “I said to him earlier, like, ‘Neddy, could you do something for me?’ He just went, ‘Anything. He is an absolutely extraordinary life partner.” Edward is a stay at home dad. He and his wife Kate have kept their personal life away from the flashing cameras. At this point in time, they live together in a quiet village in Sussex.

Kate Winslet and Edward Abel Smith make for an adorable couple. Drop your thoughts on the fairytale romance of these two cuties in the comments section below. Don’t forget to stay tuned with us for the latest updates from the world of showbiz.?