Who Is Dylan Mulvaney? The Transgender Activist Whom Caitlyn Jenner Called “Absurdity”

When someone speaks of the struggles of a transgender, one name that always crosses my mind is that of Dylan Mulvaney. The transgender TikToker has come a long way to reach success in her life. In her 20s, she’s an actor, comedian, dancer, yoga instructor and wildlife instructor. Read on to know all about this inspiring transgender who is breaking barriers. 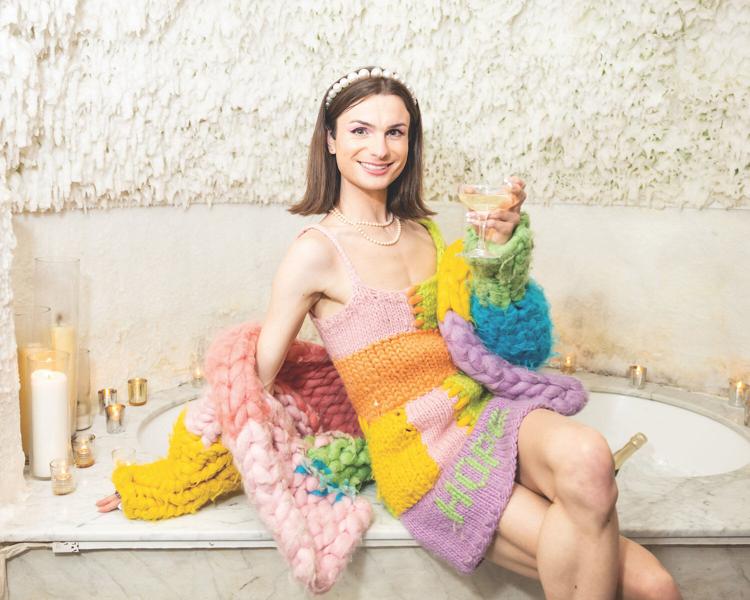 Who Is Dylan Mulvaney? Dylan Mulvaney is a transgender TikTok influencer, known for creating the TikTok series “Days of Girlhood”. In this series, Dylan has chronicled her gender transition and self-growth. Mulvaney graduated from the University of Cincinnati’s College-Conservatory of Music and began her acting career in 2015.

Dylan’s debut role in the musical “The Book of Mormon” got her an international audience. However, she came out as a trans woman during the Covid-19 pandemic. In her 20s, she achieved success, becoming a dancer, actor, singer, vinyasa-certified yoga instructor, wildlife rehabilitator and much more.

Apart from this, she is known for her appearances on “The Ellen DeGeneres Show”, “The Price Is Right” and “7th Heaven”. In an interview, she revealed how she was left jobless while she was sent home amid her Broadway musical tour due to the pandemic. This was when she started to download TikTok, and came up with a “day one of being a girl” comedic video. It was an instant hit.

She continued to express, “I think with TikTok specifically, people love the rawness. They love people just talking to the camera. I try to approach every video like a FaceTime with a friend.” She also began posting animal videos and after a mild success, she started garnering millions of followers. Her daily videos from “Days of Girlhood” got her fans from across the globe.

Criticised For What She Is… Dylan Mulvaney revealed that she is not sure what she would recommend other trans people be so vulnerable” since it has also made her a target of hatred and criticism. “There are some sweet private moments that happen during a transition that I should be able to experience with just myself or with my close loved ones,” and wasn’t sure if she must be sharing it with the world.

In an epic move in October, she appeared with genderfluid hairstylist David Lopez on Ulta Beauty’s YouTube video series “The Beauty Of…”. In this video, she spoke at length about her childhood and her gender transition. Many news outlets published that the viral video led to “a wave of TERF-y vitriol from Twitter users who assumed that “Mulvaney’s assertion that she can live a fulfilled life as a woman is misogynistic”. She faced criticism and people started using the hashtag #BoycottUlta.

Recently, she met President Joe Biden for a “presidential forum” for the online news organization “NowThis News”. When asked about anti-transgender laws, Biden called them “immoral”. On the other hand, she became an easy target of “right-wing activists” following her meeting with Biden.

For instance, Republican Senator Marsha Blackburn shared a tweet, attaching Mulvaney’s TikTok video and calling out Dyland, Biden and radical left-wingers as “lunatics who want to make this absurdity normal”. Even Caitlyn Jenner, who is a transgender lashed out at her videos, calling them “absurd”.

In her response, Dylan told Jenner that she is accepted by a group of people that do not accept her, and she is called a freak, a child predator and an absurdity. “I’m none of those things that your cohorts are painting me to be. And my question for you is: Don’t you feel a little lonely over there?” she said.

“These people you’re standing with,” she continued,” I don’t know if they have your best intentions at heart. But they will use you to make me and the trans community[’s] life, like, a lot harder than it already is, she continued in her video.” Yet, Dylan is unstoppable and continues to share the beautiful transition, no matter how many come forward to criticise her. What do you think about this person?