Who is Denise Jackson? All About Country Music Star Alan Jackson’s Wife

Alan Jackson is a country music star who was recently presented with the Willie Nelson Lifetime Achievement Award at the 56th Annual Country Music Association Awards on Wednesday night. Dierks Bentley, Carrie Underwood, Jon Pardi, and Lainey Wilson teamed up and gave a tribute performance for the Grammy winner.

After receiving the award, the I’d Love You All Over Again singer thanked his wife Denise for being with him through thick and thin. Alan and Denise have been happily married since the year 1979. Keep scrolling further to learn more about Alan’s wife Denise Jackson. 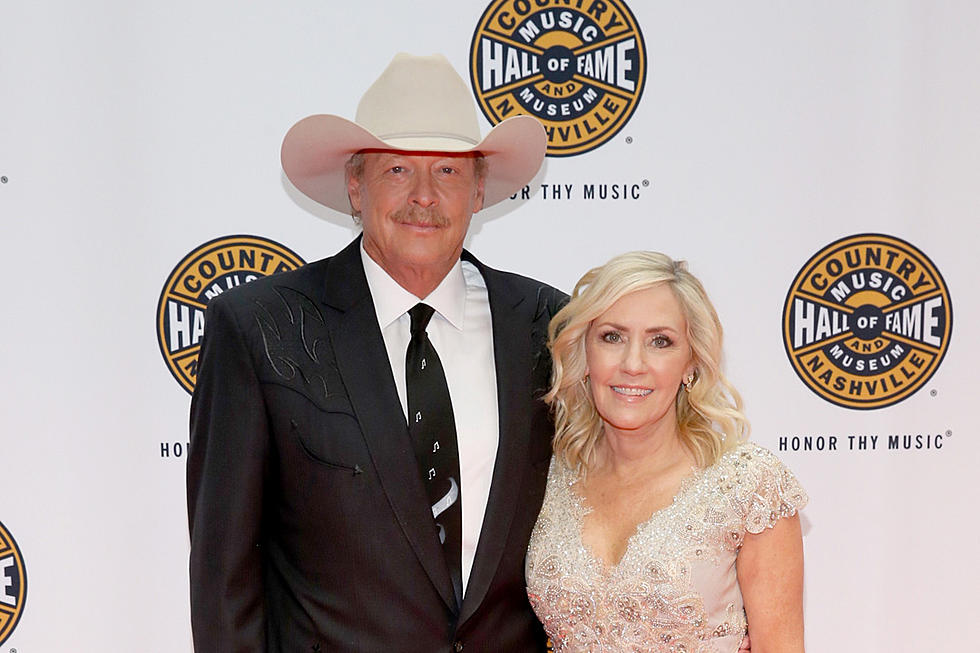 What does Denise Jackson do for a living?

Alan Jackson’s wife Denise Jackson is an author by profession. According to her IMDb page, she was born on January 7, 1960, in Newnan, Georgia, USA. She published her first book titled It’s All About Him: Finding the Love of My Life, in the year 2007.

In addition to this, Denise has penned many books such as The Road Home in 2008, Grace in the Shadows in 2009, Mrs. McGillicuddy and Her Friend Mr. Rude in 2010, and many more. How did Alan Jackson and Denise Jackson meet each other?

The love story of Alan Jackson and his wife Denise Jackson goes back to the 1970s. Alan has had the love and support of his wife over all these years. These two lovebirds knew each other way before the country singer rose to fame in the 1990s.

The two of them met each other for the first time in high school. Yeah, you read that right. Denise is Alan’s high school sweetheart. Back in the day, they studied at Newnan High School in Georgia. As per various reports, the pair’s romance blossomed quickly. When did Alan Jackson and Denise Jackson get married?

Alan was only 21 years old, when he and his high school sweetheart, Denise tied the knot in the year 1979. As per a report by Closer Weekly, the pair exchanged their vows on December 15, 1979, and they have been together ever since then.

Nearly six years after getting married, Denise and Alan made a big move and they moved to Nashville in pursuit of Alan’s dream of building a career in country music. And the rest is history. 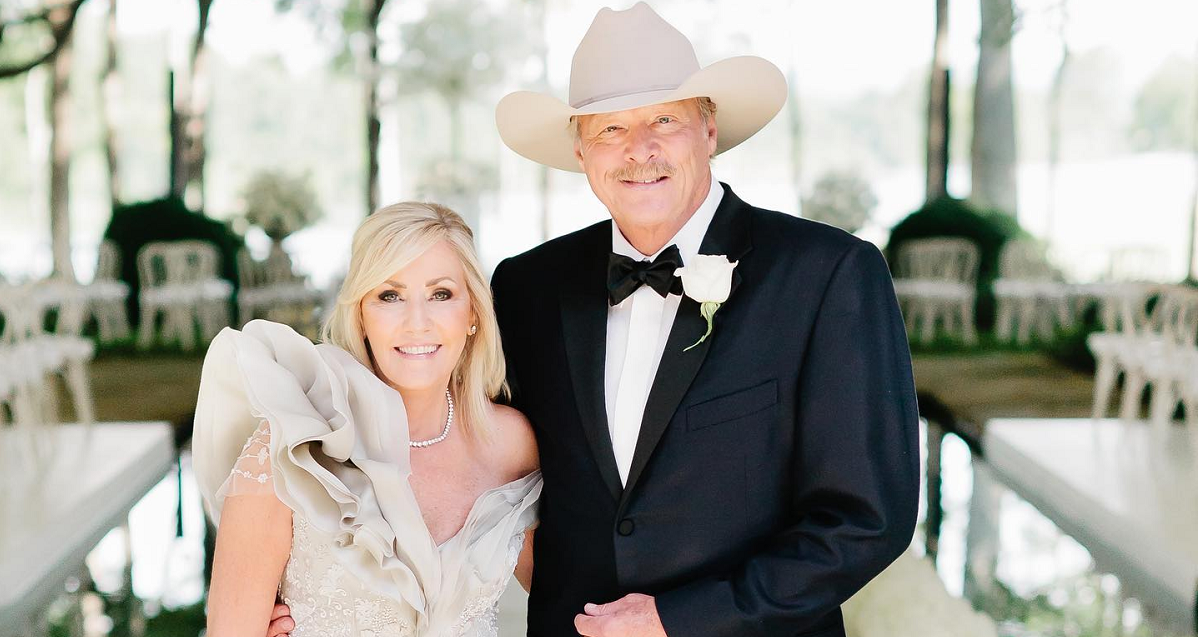 How many kids do Alan Jackson and his wife Denise Jackson have?

The Where Were You singer and his author wife share a total of three children, all girls. Denise and her husband Alan welcomed their first child together, daughter Mattie Denise Selecman on June 19, 1990.

Then, the couple added another member to their family in 1993. Denise gave birth to her and Alan’s second child together, daughter Alexandra Jane “Ali” on August 23, 1993. Their third daughter, Dani Grace joined them earthside on August 28, 1997. 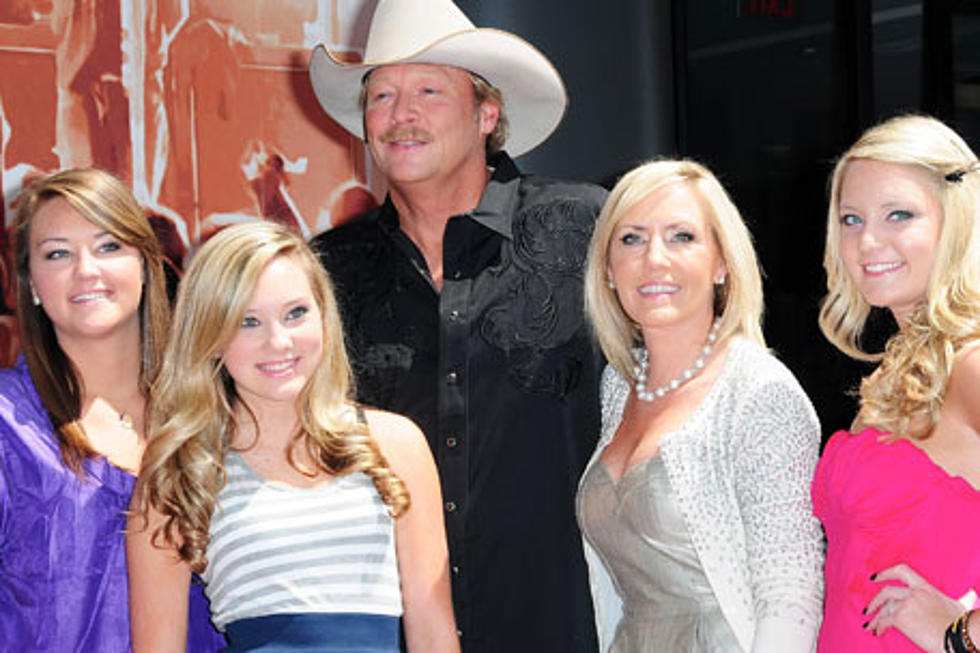 Alan and his wife Denise briefly separated in 1997

In her 2007 book It’s All About Him: Finding the Love of My Life, Denise talked about her marriage to the country singer and the ups and downs of their marriage. In her tell-all 2007 book, she even discussed Alan’s infidelity.

In an earlier interview with People, Denise described the situation as the “worst shattering.” She also went on to say that it led to some of the “greatest blessings in [her] life.” 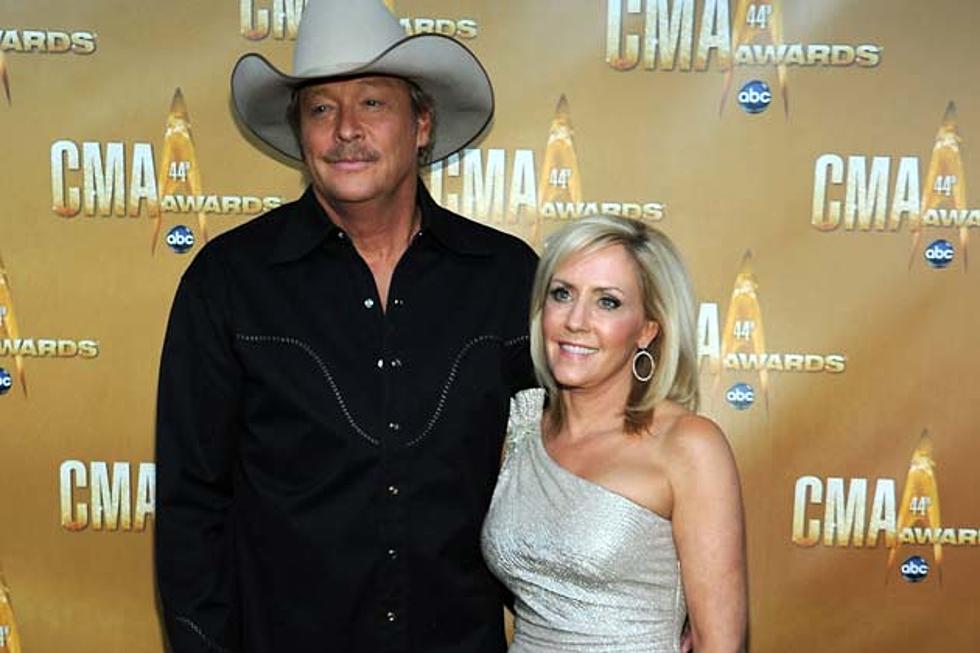 In 2007, the blonde beauty shared, “His betrayal and our separation were what led to this new, passionate love relationship with God. [It] also led to us being able to have the kind of marriage that we both always wanted but just didn’t know how to have.”

Now, it’s been more than two decades since their pair’s separation and Alan and Denise’s marriage has only gotten stronger. While making a joint appearance on Today in September 2021, Denise talked about the pair’s relationship and said, “When I’m down, he lifts me up. When he’s down, I try to lift him up.”

Denise Jackson got diagnosed with cancer in 2010

As per Taste of Country, in the year 2010, Alan’s wife Denise got diagnosed with colorectal cancer. Luckily, she beat cancer. At that point, he opened up and talked about his wife’s cancer diagnosis.

In an earlier interview with Palm Beach Post, the She’s Got the Rhythm (And I Got the Blues) singer stated that his wife’s diagnosis opened their eyes about the “important” things. He also told the media outlet, “[It] made us change our whole outlook on life, what we value.” 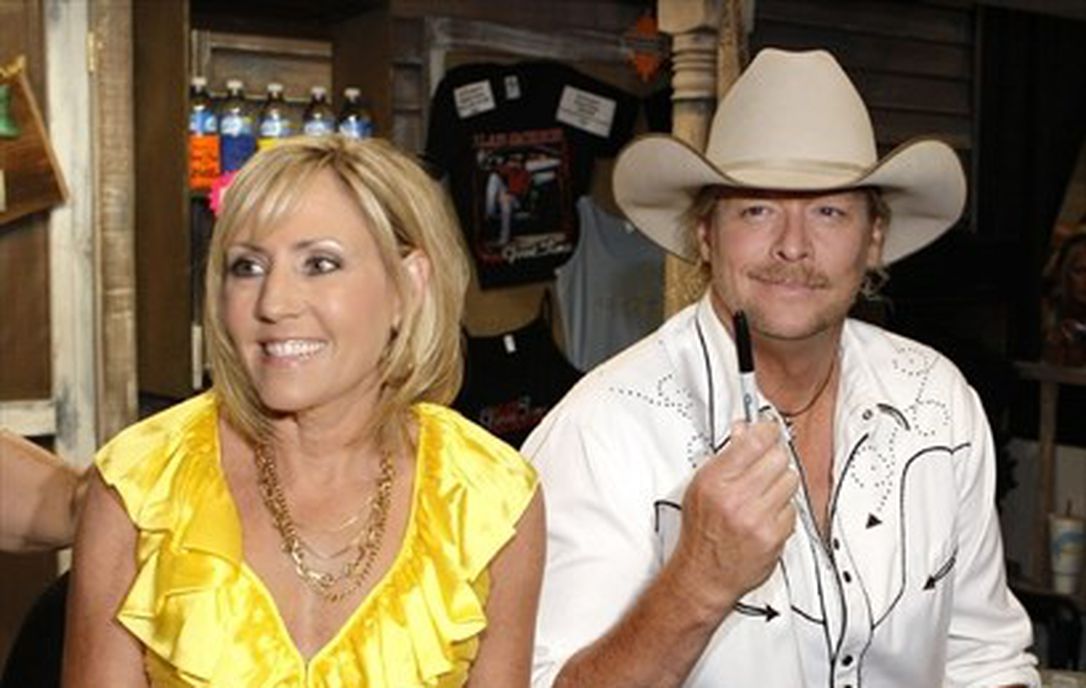 What are the favorite date night activities of Alan and his wife Denise?

In a December 2020 interview with The Boot, Alan revealed the pair’s favorite date night activities. Then, he said, “We try to get out and go to dinner or hang out and go to the movies or something. We build a fire and have some wine and a nice evening.”

Jackson talked about their daily routine and said, “We get up in the morning and drink coffee together and talk, and I can’t go to bed at night if she’s downstairs watching television. We go to bed together, unless I’m out of town.” The Love’s Got a Hold on You singer further added, “It’s just little things I think that have helped us more than anything. If you can last until you’re 40 years old, hopefully, you’ll be mature enough to figure out the rest of the years.”

On Wednesday night, Alan Jackson was honored with the Willie Nelson Lifetime Achievement Award at the 56th Annual Country Music Association Awards in Nashville, Tennessee. In his award-acceptance speech, the legendary country singer gushed over his wife Denise Jackson and thanked her for being with him through good and bad times.

The Here in the Real World singer spilled the beans on their fairytale romance and said, “We started out as teenagers and she’s been on this roller coaster ride with me for 40 something years now.” 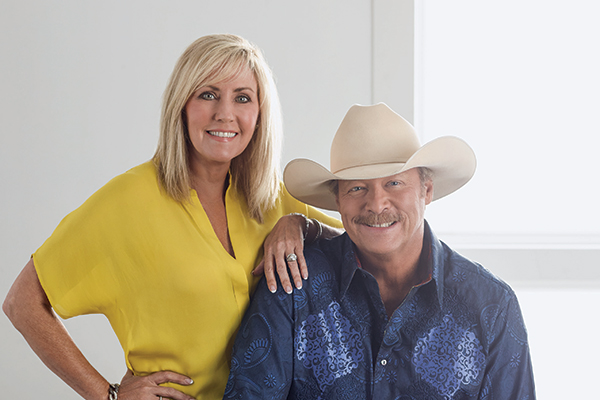 The two-time Grammy Award winner further added, “I’m probably not always the easiest person to love, but she’s hung in there and helped me through hard times and we share great times. The good and the bad, the happy and the sad. We’ve survived a lot. And I just want to thank her because she’s held me up all these years and she’s my best friend.”

Did you like the love story of the country music star Alan Jackson and his wife Denise Jackson? Kindly let us know your thoughts in the comments section below. Don’t forget to stay tuned with us for the latest updates from the world of showbiz.