Who is Deborah Roberts? Everything About AI Roker’s Wife

Deborah Roberts is the wife of the famous TV forecaster Al Roker. The full name of AI Roker is Albert Lincoln Roker Jr. and he is an American weather presenter, journalist, television personality, and author.

At the moment, Roker is the weather anchor on NBC’s Today. Not only this, he often co-hosts 3rd Hour Today. In November 2022, he took a break from the Today show due to health concerns. Around the same time, it was disclosed that he was in the hospital being treated for blood clots in his lungs. Not long ago, Roker revealed that he underwent an intense 7-hour surgery to “correct a bunch of internal stuff,” as he put it. The TV personality had no clue that his condition was so serious when he first met the doctors in early November to address a few stomach pains. He is better now and slowly getting back to his life.

On the other hand, when it comes to the personal life of AI Roker, he has been happily married to his wife Deborah Roberts for more than 25 years now. Read on to know more about Deborah Roberts and her long-lasting romance with her husband AI Roker.

Here’s all you need to know about AI Roker’s wife Deborah Roberts (including her early life, age, and career)

Deborah Roberts was born on September 20, 1960, in Perry, Georgia to Benjamin Roberts, a business owner, and Ruth Roberts, a housewife. Just like her husband AI Roker, Deborah is also well-versed with the world of spotlight. She is a journalist. At the moment, she is 62 years old. When did Deborah Roberts kick off her career in the field of journalism?

For those of you who are unaware, let us tell you, Deborah started her career at WTVM, a local television station in Columbus, Georgia. Soon after, she went on to work at WBIR in Tennessee.

From the year 1987 to 1990, Roberts acted as bureau chief/NASA field reporter/weekend news co-anchor at WFTV, a local television station in Orlando, Florida. She joined NBC in the year 1990 as a general-assignment reporter and later served as a correspondent for Dateline NBC. 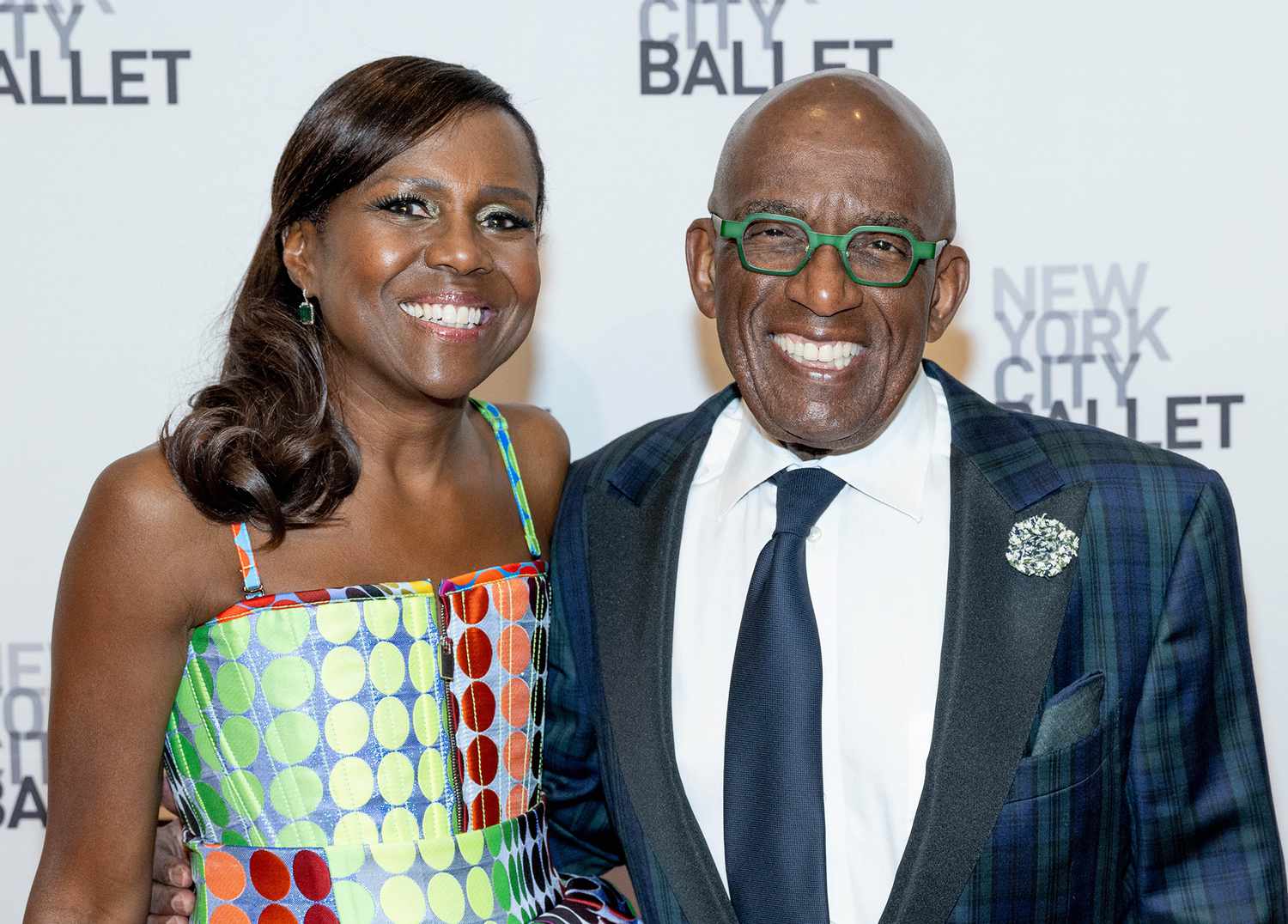 In 1995 Deborah moved to ABC News and served as a correspondent for 20/20, a newsmagazine program. In addition to this, she also started anchoring for World News Tonight Weekend as well as Good Morning America.

According to The Sun, for her great on-air reporting, Roberts even won a total of four Emmy Awards. Besides her career on TV, Deborah and her husband AI Roker joined hands for their 2016 book Been There, Done That: Family Wisdom for Modern Times.

How did Deborah Roberts and AI Roker meet?

Deborah and Roker crossed paths for the first time in the year 1990 on the set of NBC’s Today show. At that time, Deborah joined NBC as a correspondent. However, the two of them didn’t start dating until the summer of 1992.

Let us share with you, back in the day, Roker was married to his first wife Alice Bell. Roker and Alice walked down the aisle in the year 1984 and they separated in 1992. While making an appearance on The Kelly Clarkson Show, the Today show host revealed how he got his first date with Deborah. Then, Albert said, “A day before she got back from her trip, I stocked her pantry, I stocked her refrigerator and left some flowers on the table and a note, ‘Welcome home.’ And then I got my first date with her a week later.”

Deborah Roberts and AI Roker got engaged in 1994

Yeah, you read that right. AI Roker proposed to the love of his life, Deborah Roberts on January 1, 1994. He recalled the pair’s proposal to People magazine and said, “Deborah was getting a little annoyed that it hadn’t happened over the holidays. We had a chat, ‘So when will this happen?’ And I said, ‘Before Groundhog Day.’ ”

The weathercaster kept his word and he popped the big question to her on New Year’s Day during a business trip to Arizona as they were staring off into the Grand Canyon. He went on to say, “I thought, what a great place. On the rim of the Grand Canyon. And if she says, ‘No,’ one of us isn’t coming back.” When did Deborah Roberts and AI Roker get married?

Deborah and Roker tied the knot in the year 1995. The couple exchanged their vows on September 16, 1995, in front of family and famous friends at Manhattan’s St. Thomas Episcopal Church. Their wedding was attended by many stars including Barbara Walters and Katie Couric. Their reception took place at Essex House.

Last year, Roker posted a beautiful video that comprised of beautiful pictures of himself and his wife Deborah Roberts on the social media platform Instagram to mark their 27th anniversary. On the other hand, Deborah shared a carousel of pictures on her Instagram feed. She simply captioned the snaps, “Now and again you take a deep breath…let it out…and take stock. If you’re fortunate, you’re staring at a life partner who made it all so worthwhile and more. I am fortunate. And #blessed Thanks for the ups and downs, the giggles and the sighs @alroker Here’s to so many more. Happy anniversary.”

How many kids do AI Roker and Deborah Roberts have?

The answer to the above question is two. Deborah and her husband Roker share a total of two kids. They welcomed their first child together, daughter Leila Ruth on November 17, 1998.

Leila was the first baby for Deborah and the second for Roker who shares a daughter Courtney from his previous marriage. Roberts and Roker’s second child together, son Nicholas Albert joined them earthside, on July 18, 2002. 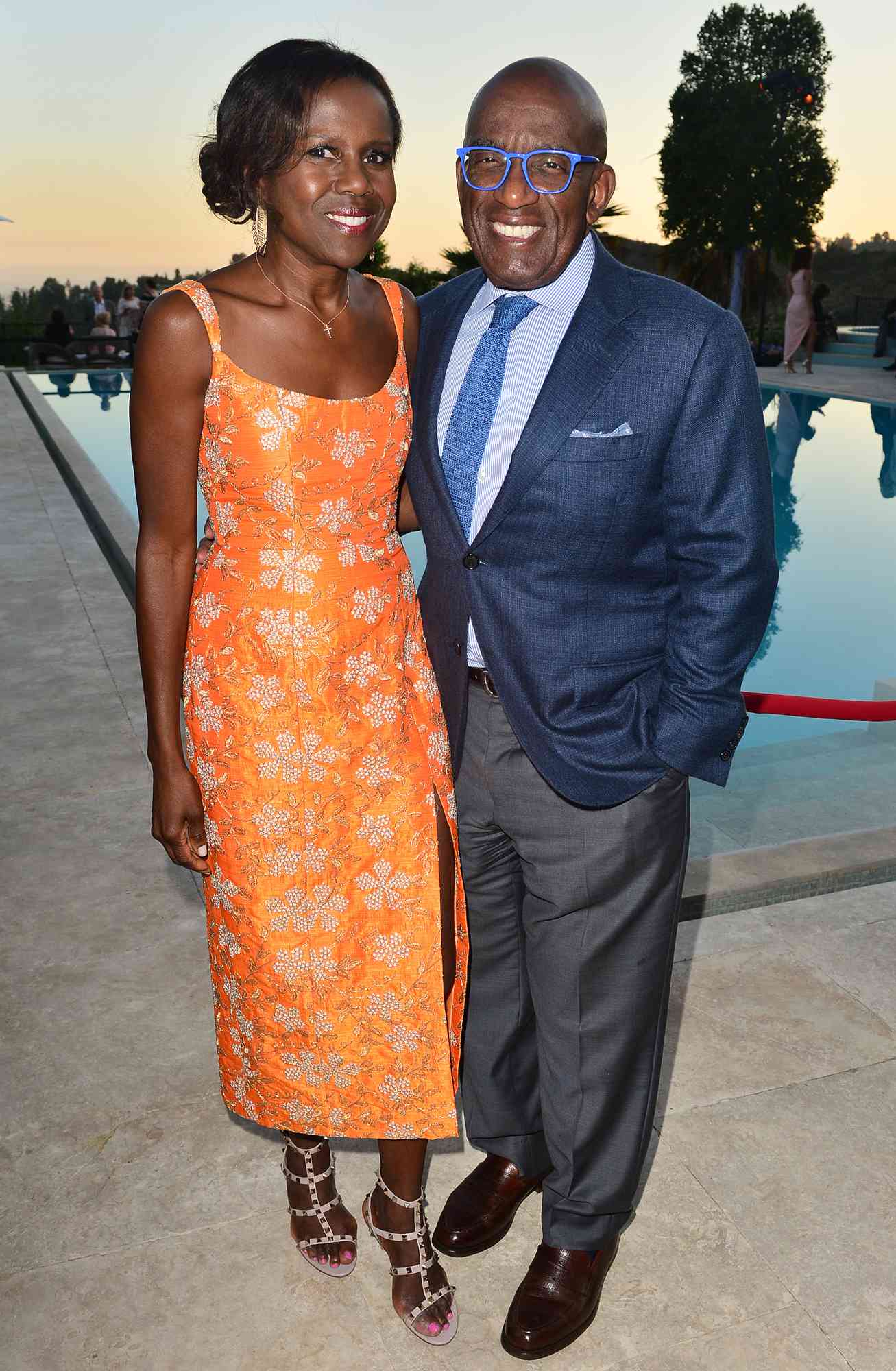 In the year 2019, AI opened up and talked about his son Nick’s autism. As per Today, Roker spoke about co-parenting his son Nick with Roberts in an issue of Guideposts magazine.

In a personal essay, Roker wrote, “Do I get frustrated with my son sometimes? You bet. But then I remember my dad, how understanding he was. And Deborah reminds me that I have to show my son not only that I love him but that I like him as well. More than that, I admire him.”

AI Roker and his wife Deborah Roberts completed 25 years of togetherness and love in September 2020. They shared sweet social media posts to celebrate their silver anniversary.

At that time, Deborah wrote, “It couldn’t possibly have been 25 years ago. Could it?? 25 years of love, laughter, peaks, valleys, discovery, bewilderment, bliss, struggle and all that this journey offers.”

“A #happy25thanniversary to @debrobertsabc who helps me a better #father #brother #person and challenges me to do better each and every day. #thankyou and #iloveyou,” Roker wrote alongside a video from their wedding day.

Deborah Roberts has stayed with AI Roker through thick and thin

In November 2020, AI revealed that he was diagnosed with prostate cancer. At that time, he said, “It’s a good news–bad news kind of thing. Good news is we caught it early. Not-great news is that it’s a little aggressive, so I’m going to be taking some time off to take care of this.”

Deborah supported Roker throughout his cancer journey. At the end of the same month, Al Roker shared he was cancer-free. In November 2022, Roker was hospitalized for blood clots in his legs and lungs and like always his wife Deborah stood by him like a rock. At that time, Roberts posted an uplifting message for her husband that read, “You are the shining sun and star in our family @alroker Love you so much. Can’t wait til you’re back home and feeling like your old self again.”

On Friday, Deborah took to her Instagram to share with her fans all over the world that her husband AI Roker who was released from the hospital in December 2022 is back to work. She posted a cute snap of herself and her hubby on the social media platform Instagram.

Deborah started by writing, “After a grueling and frightening health journey, my sweet @alroker is back at work and slowly getting back to his life thanks to a brilliant medical team and the uplifting thoughts and prayers of so many of you.” 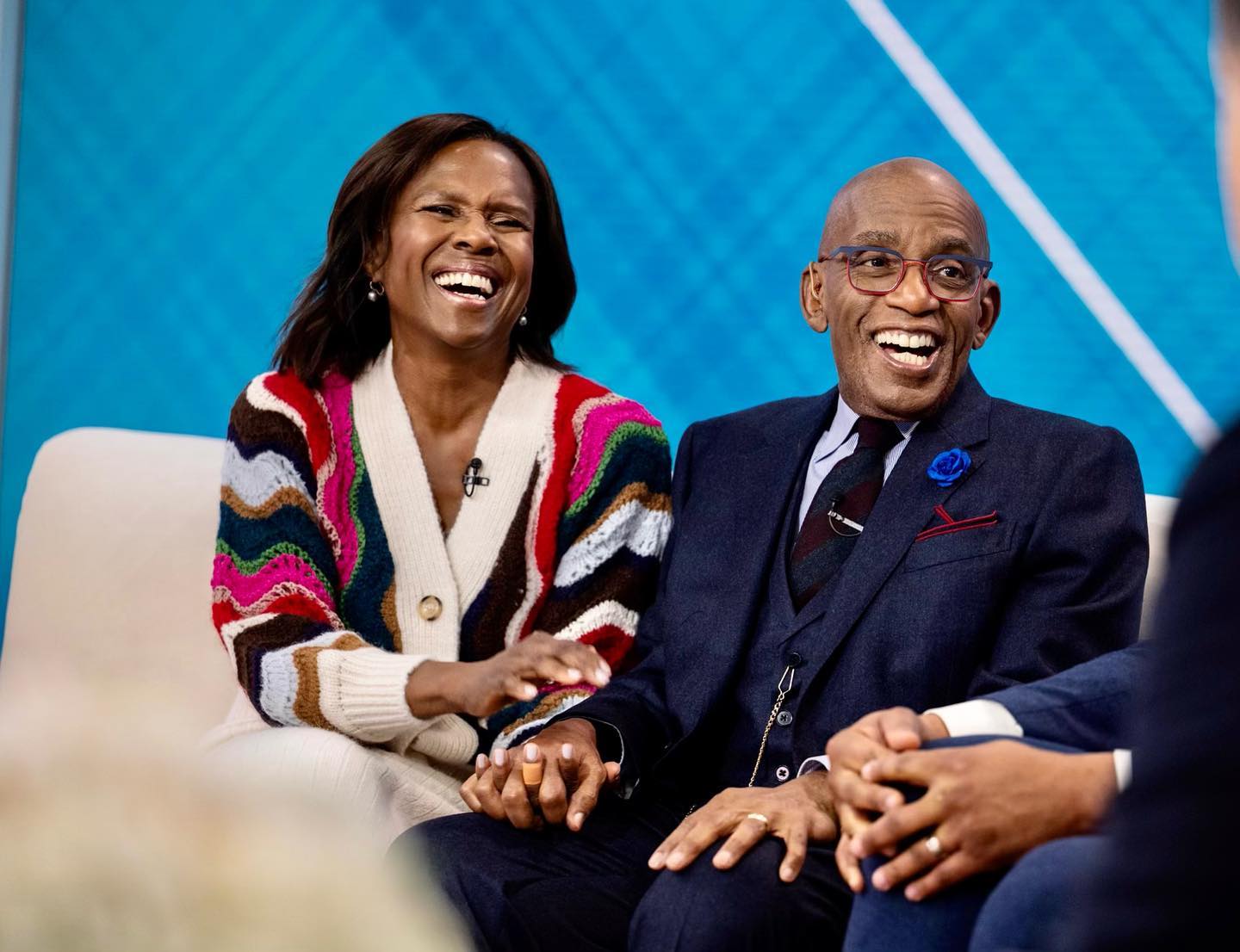 She went on to say, “My family has learned the power of love, patience and faith. Our #gratitude is beyond measure. Morning show competition took a breather today as I visited him on set. Thanks @abcnews and @nbcnews for showing us the spirit of true camaraderie and connection.”

We are glad to know that Deborah Roberts’ husband AI Roker is healthy now. Don’t forget to stay tuned with us for the latest updates from the world of showbiz.