Who is David Banda? Madonna’s Son is all Grown Up

Pop Queen Madonna is always known for her element of breaking barriers in her life. Seems like she’s clearly passing her fad down to the next generation.

The seven-time Grammy Award-winner praised her son David Banda by sharing a video of her 15-year-old modeling a white, silk Mae Couture dress around the house on Instagram. The caption reads ‘Confidence is everything.’

Her son, David, exuded a lot of confidence as he strutted through their home wearing an ankle-length number with many featured hand-painted letters written all over it. David was also seen modeling the look in some Vogue-worthy pictures. We must say he has a good fashion sense, for he accessorized the attire with some black rectangular sunglasses.

So, who is David Banda? Here’s everything to know.

For the unversed, Madonna adopted David from Malawi in south-eastern Africa in 2006. At that time, David was just 13 months old and had malaria and pneumonia. The adoption was done with her ex Guy Ritchie after David’s natural mother died of childbirth complications.

David was born in the village of Lipunga, located in Western Malawi, Africa. Unfortunately, his siblings, Babel and Garnet died when they were too young. The cause of their death was an infection. When his mother died a week after birthing her, David’s father, Yohane Banda felt that he needed to give his son to an orphanage because it became difficult for him to take care of the baby alone. 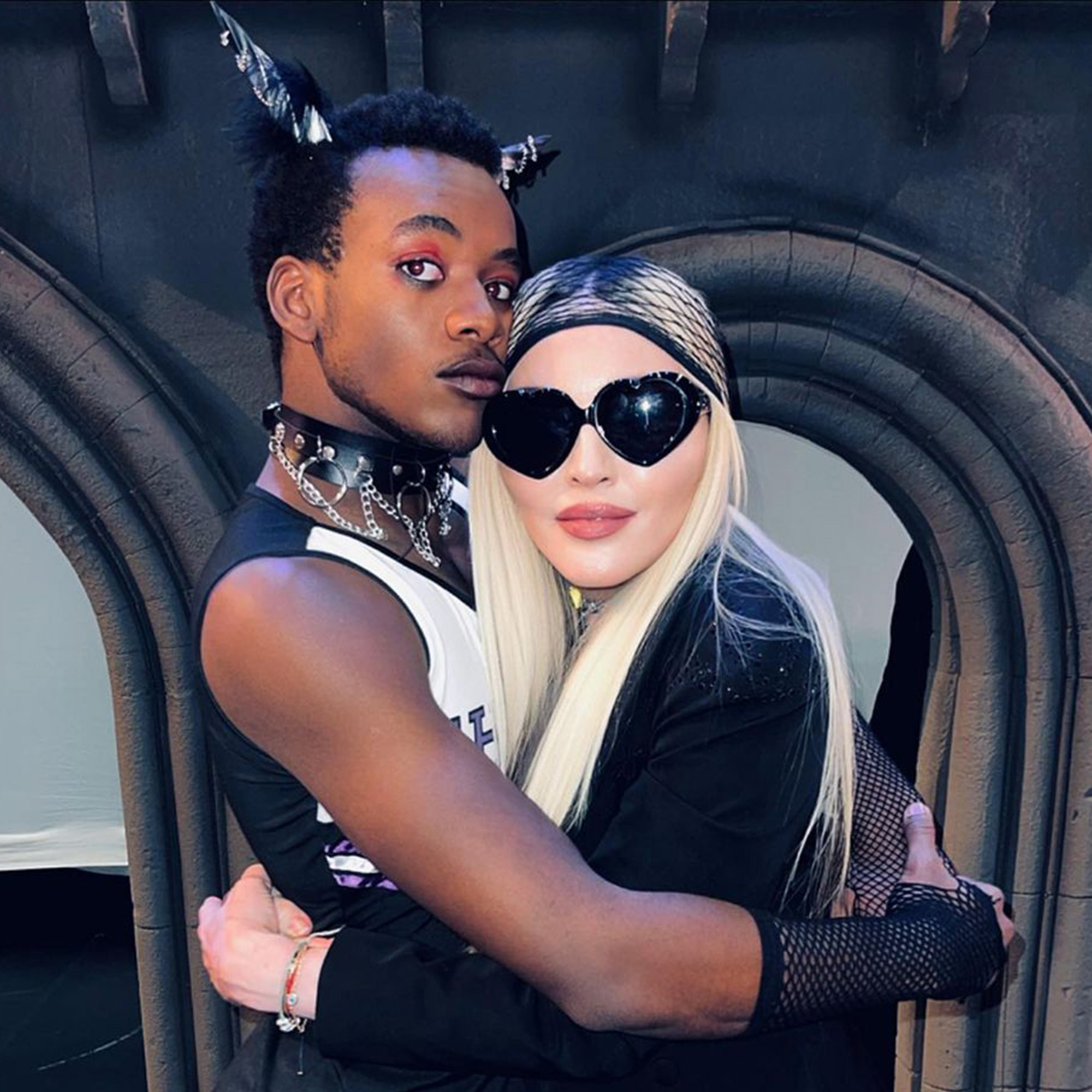 When Madonna adopted little David, the episode created a lot of headlines. It is because she performed it under shady circumstances. Though the duo adopted the baby to do some good, they did not follow the strict adoption rules properly.

According to these rules, foreigners should become residents of the country for at least 18 months before adopting a child. It is done to ensure that welfare officials have enough time to monitor their suitability. According to several reports, Madonna and Guy Ritchie were given special treatment because of their celebrity status.

David Banda is all Grown Up Now

David is making waves all over the internet and social media. The 15-year-old teenager seems to have impressed everyone, even the fashion pundits. After Madonna posted a video with her, it caught a lot of eyeballs among her fans. Many called him a fashion-forward rock star who they believe shall have a bright future.

David displayed his skills as he engaged in the fancy footwork around the living room, taking after his mother. Interestingly, Madonna famously got her start as a dancer in New York City in the early 80s.

In addition to David, Madonna is also the mother of her 21-year-old son, Rocco Ritchie. He is 21-years old. Rocco is Madonna’s biological son, who she shares with Guy Ritchie. She also has another son, Lourdes Leon, 24, whom she shares with Carlos Leon. Madonna did another adoption, Mercy, 15, from Malawi in 2007, and twins Estere and Stella, whom she again adopted from Malawi in 2017.

To keep yourself updated on fashion, travel, and everything else around the world, stay updated.