Cazzu is the new girlfriend of the Mexican musician Christian Nodal. Not long ago, the pair stepped out together for the Latin Grammy Awards 2022 which took place on Thursday, November 17. They hit the red carpet of the award show hand in hand.

A day before, Nodal and Cazzu were seen together at the Person of the Year gala by the Latin Recording Academy. It marked the pair’s first public appearance as a couple. We must say, these two look good together. Keep scrolling further to know Christian Nodal’s girlfriend Cazzu a bit better. 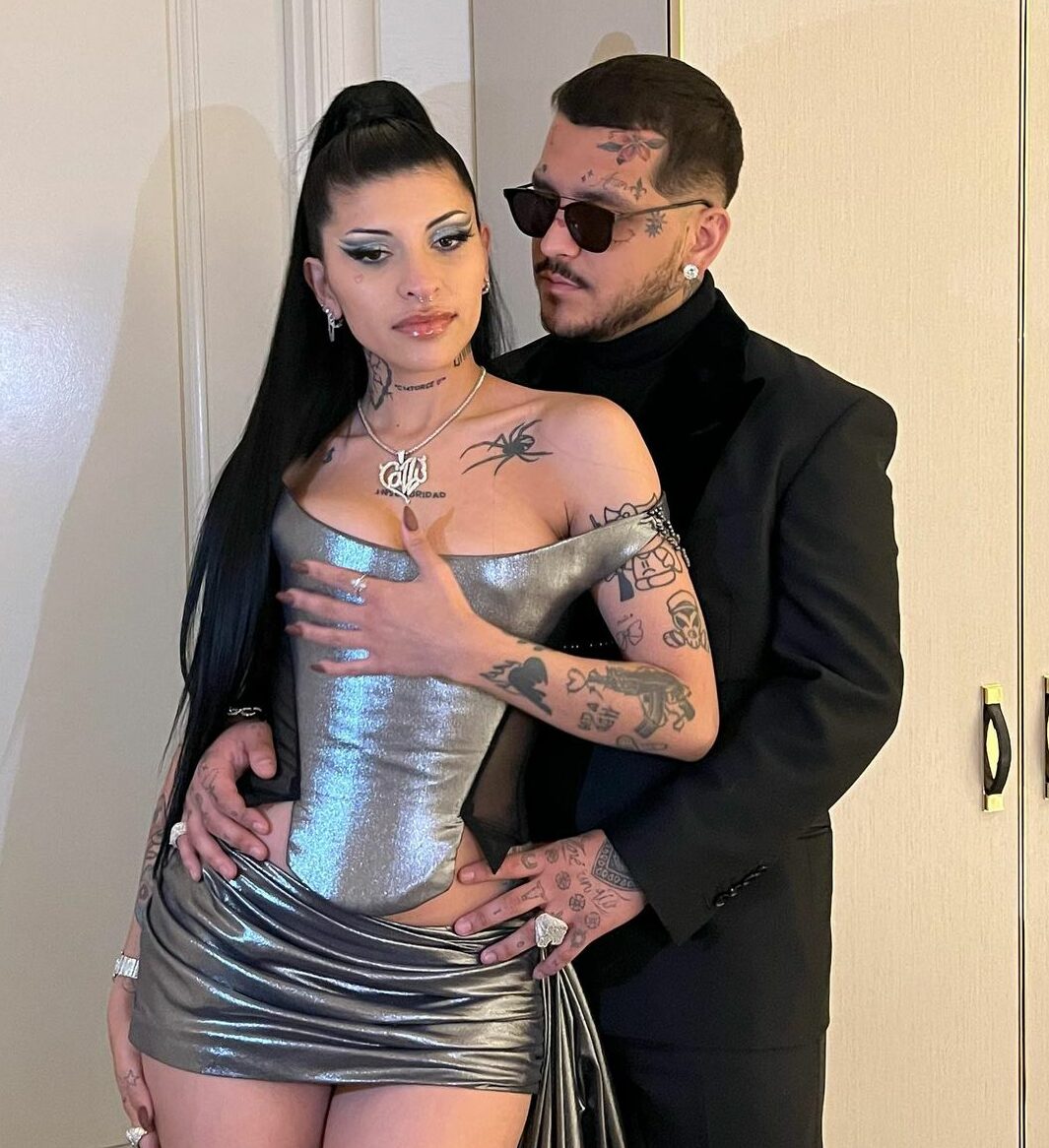 All you need to know about Christian Nodal’s girlfriend Cazzu

Just like her beau Christian Nodal, Cazzu is no stranger to the limelight. Her real name is Julieta Emilia Cazzuchelli. She is an Argentinian rapper and singer. She was born on December 16, 1993, in Ledesma, Argentina.

Cazzu had been inclined towards music since the time she was only 11 years old. During her childhood days, she began singing with her father, who was a musician by profession. Her dad inspired her to be a singer.

In a media interaction, Cazzu stated that her passion goes back to her roots. She told Billboard, “My dad plays the guitar and sings. He’s the first image I have when it comes to music.” 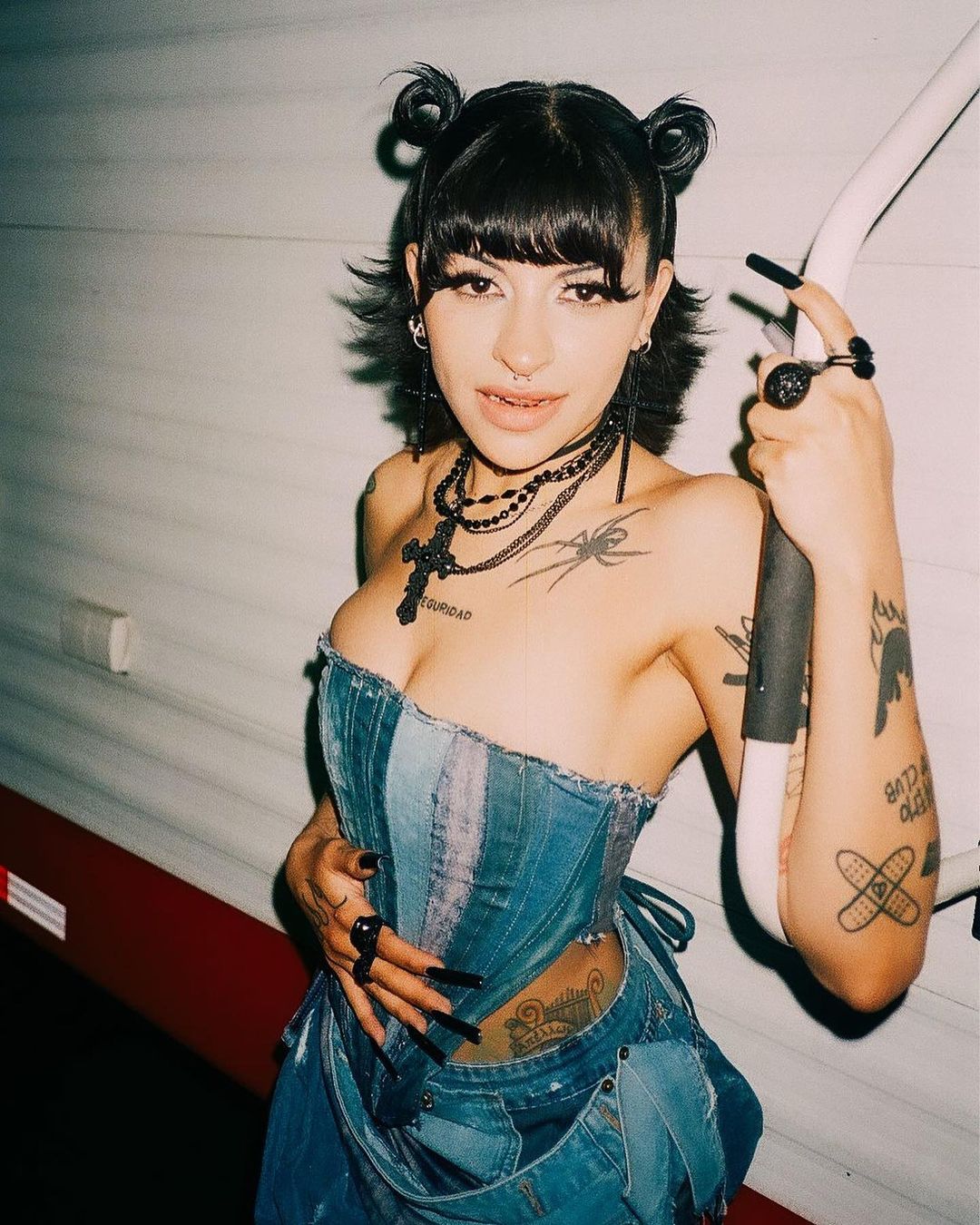 Cazzu revealed that everything she knows about music today is all because of her dad. She told the media outlet, “I never studied music or took singing lessons. Music was greatly appreciated in my house and we consumed all types of music.”

After completing high school, Cazzu moved to Tucumán to study cinematography. After a while, she shifted to the Buenos Aires Province to study graphic design.

When did Cazzu begin her music career?

For those of you who are unaware, let us tell you, Cazzu kicked off her music career as a cumbai singer and then, as a rock singer. Soon after starting her career in cumbai as well as rock, she tried her luck in the urban scene. At that point, she released some real unapologetic songs that were about female empowerment.

In an earlier interview with Billboard, Cazzu said, “I tried out many genres. It’s a long road but I can happily tell you that I was able to take advantage of every experience and everything that came out bad.” 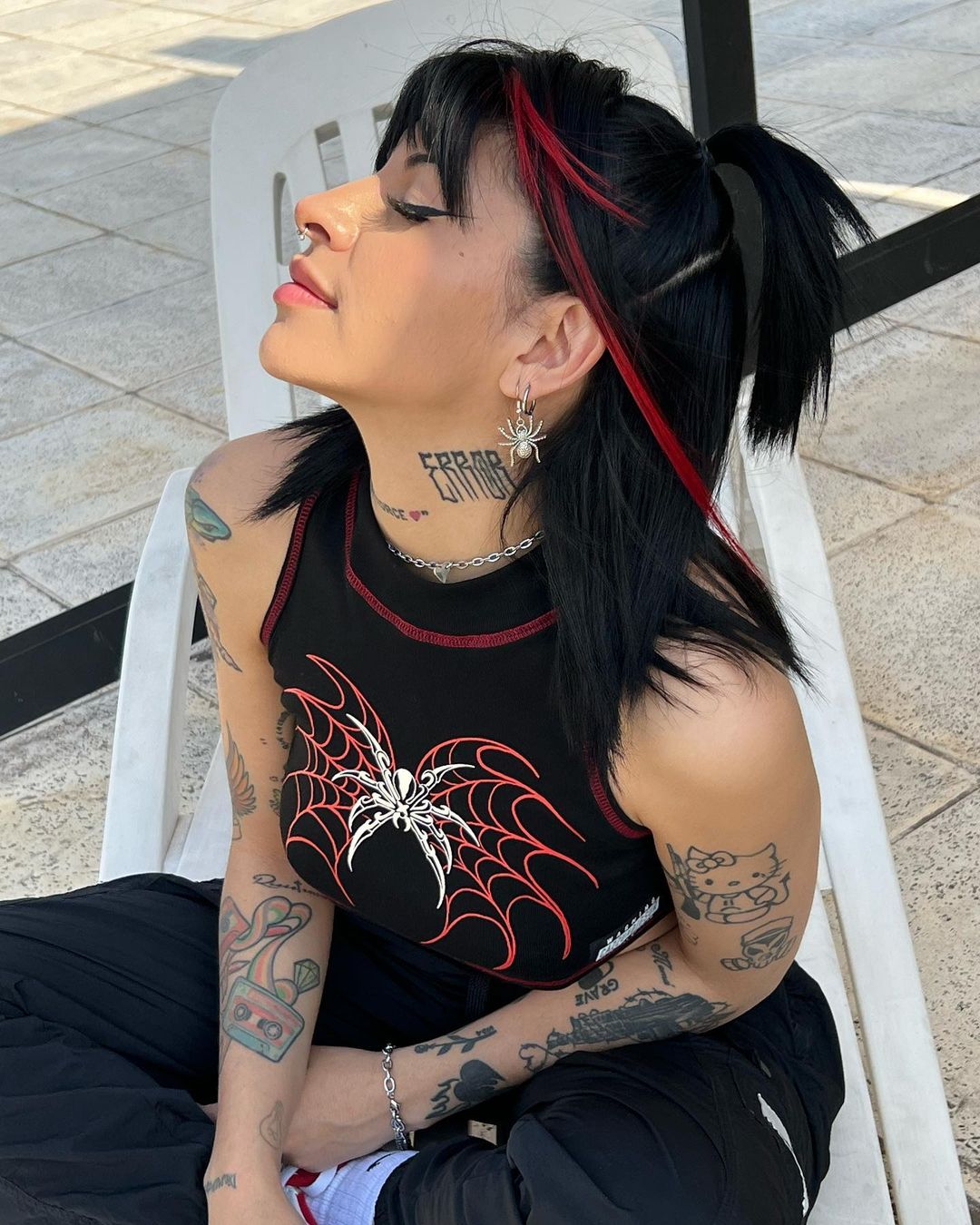 Soon after, Julieta began her music career as Cazzu as an independent musician paying for her first recordings and video clips. During an interview with Billboard Argentina, the Loca singer said, “For me, Cazzu is everything I want to be. She’s my alter ego, she’s a damn superhero.”

Cazzu garnered the attention of the viewers in the Latin trap music scene after the release of her song Loca which was a collaboration with fellow Argentinian trap singers Khea and Duki. The song went viral after Bad Bunny teamed up with her for the remix.  She shot to fame with her singles including Loca, Toda, Pa Mi, and Chapiadora.

Cazzu dropped her first mixtape named Maldades on October 25, 2017, through the label called Seven Music. As per Hola, she dropped her debut studio album titled Error 93 in the year 2019. It consists of a total of 10 tracks.

Her studio album Error 93 features guest appearances by many artists such as Dalex, Lyanno, Rauw Alejandro, and trap group Modo Diablo, comprised of Duki, Neo Pistea, and Ysy A.

In 2020, Cazzu bagged a nomination in the category of Best New Artist at the Latin Grammys. She released her first E.P. named Bonus Trap on April 23, 2020, via Universal Latin. She dropped her second E.P. Una Niña Inutil during the same year in August. Her second studio album titled Nena Trampa saw the light of day earlier this year in May.

In an interview with Apple Music, she spilled the beans on her second album Nena Trampa and said, “The most significant discourse on this album is my personal fight- the pressure of living as a woman in South Africa.”

Cazzu’s latest album is a complex collection of concurrent feelings and attitudes in which she explores the sonic parameters of trap, dancehall as well as South African milonga. Some of the tracks on her new album are as follows: Jefa, Nena Trampa, Isla Velda, La Trampa, and many more.

The 23rd edition of the Latin Grammy Awards was a star-studded affair. Many artists including Anitta, Rosalía, Luis Fonsi, Christina Aguilera, and Silvana Estrada brought their A-game to the red carpet of the award show. Christian Nodal and his girlfriend Cazzu stole the limelight at the 2022 Latin Grammys.

Nodal and Cazzu made their romance official at the 2022 Latin Grammy Awards by showing up as a couple. For the award show, Nodal looked dapper in an all-black suit. On the other hand, when we talk about his ladylove Cazzu, she donned a silver mini-dress. 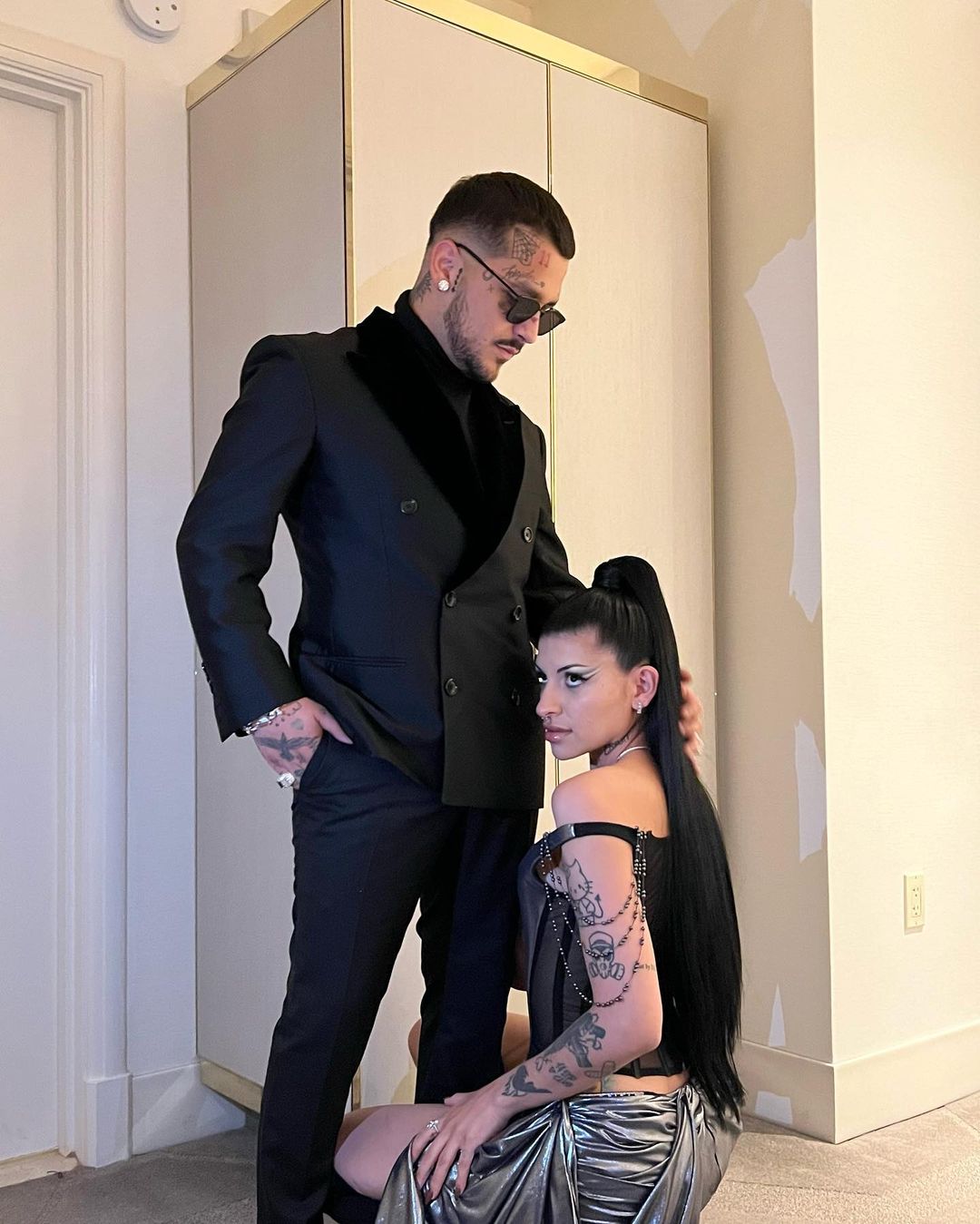 Cazzu topped off her look with a pair of black knee-length boots. She pulled her hair back in a high ponytail and went all out with her makeup. Her tattoos were on full display. Throughout their red carpet appearance, the two of them held onto each other’s hand and they looked pretty happy in each other’s company.

For those of you who are unversed, let us tell you, Christian was previously engaged to pop star Belinda with whom he split earlier this year. The fans got to know about Nodal’s new girlfriend after he took a moment to talk about his relationship with Cazzu at one of his concerts.

Before dedicating the song Eso y mas to Cazzu, Nodal said, “Who hasn’t dedicated this song? Today, I dedicate it to the person I love the most, who has helped me liberate some of the biggest weight in my life.”

Do you ship Christian Nodal and his girlfriend Cazzu as a couple? Kindly let us know your thoughts in the comments section below. Don’t forget to stay tuned with us for the latest updates from the world of showbiz.