Just like Ben Affleck, his brother Casey is also lucky in love! Not long ago, Ben and Jennifer Lopez had a beautiful fairytale wedding. The couple had a second ceremony at Ben’s $8.9 million Georgia estate last weekend, nearly a month after getting married in Las Vegas.

Casey did not attend the pair’s wedding but he made sure to welcome Jennifer into the family with a beautiful post on Instagram. At the moment, Casey Affleck is in a relationship with a woman named Caylee Cowan. Continue reading further to know everything about the story of Caylee’s life. 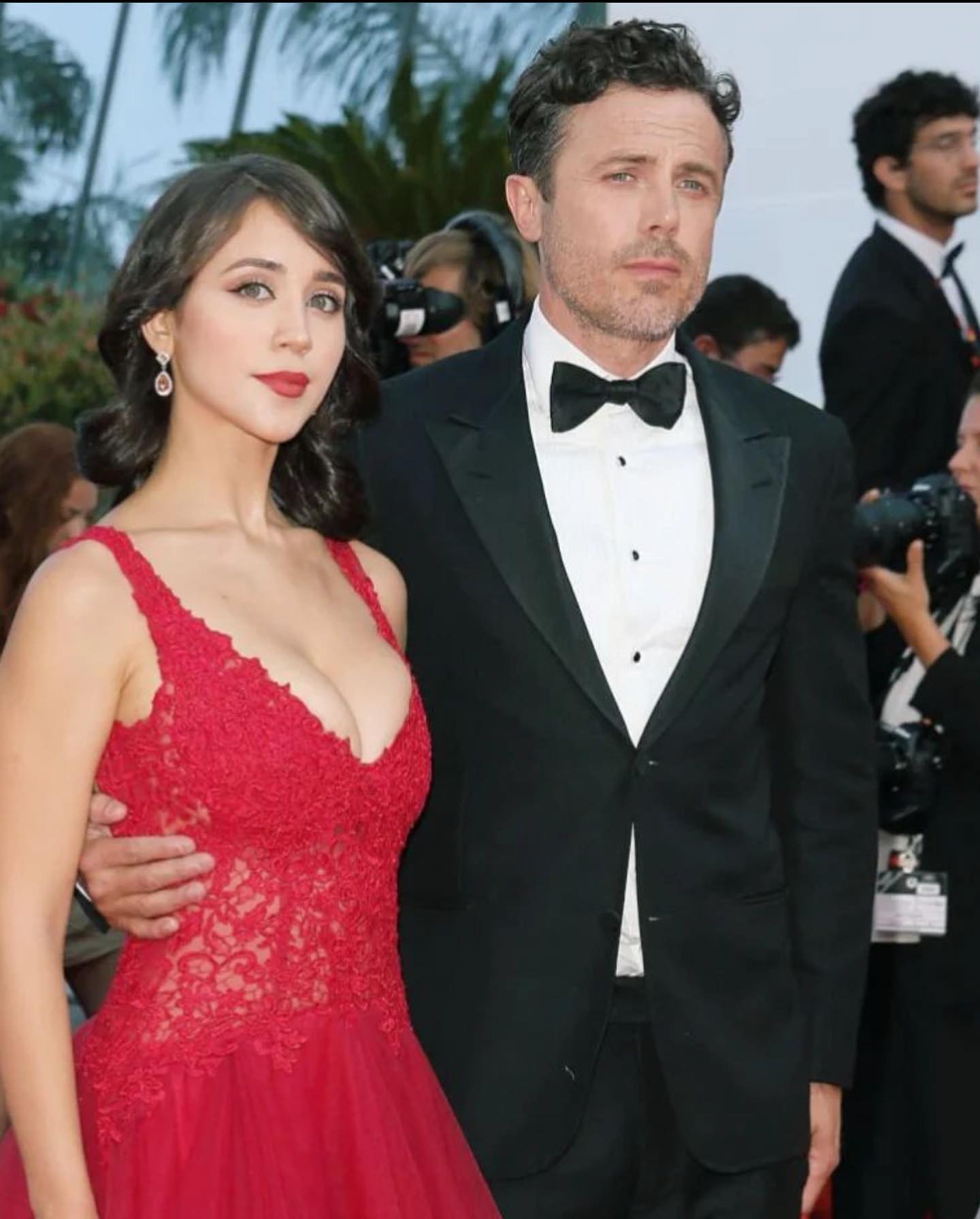 Here’s all you need to know about Caylee Cowan

For those of you who are unversed, let us tell you Caylee Cowan is an upcoming actress, who was born on March 19, 1998, in Los Angeles, California. The full name of Caylee is Catherine. As per her IMDB page, she is 24 years old right now.

Just like her boyfriend Casey, Caylee is no stranger to the world of the spotlight. According to her IMDB page, she has starred in a few films such as Sunrise in Heaven, Willy’s Wonderland, and Frank and Penelope. 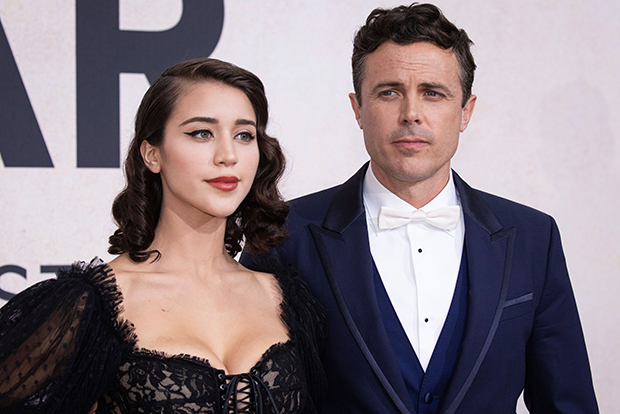 Cowan also has a producer credit to her name. She produced her own documentary on refugees called The Peace Between, which saw the light of the day in the year 2019. Apart from this, she also appeared in the 2021 movie Year of Detectives.

Not long ago, Caylee was cast in the film Frank and Penelope, which was released on June 3, 2022. The movie also starred Johnathon Schaech, Lin Shaye, and Kevin Dillon in pivotal roles.

The answer to the above question is a big yes. Like most celebs in the entertainment industry, Caylee also has a profile on the social media platform Instagram. As of now, she has around 351 posts on her Instagram feed.

At this point in time, Cowan has more than 560k followers on the social networking service Instagram. Her Instagram bio includes the names of her films such as Frank and Penelope (2022), Willy’s Wonderland (2021), and Sunrise in Heaven (2019). She has also inserted the link to her IMDB page in her bio. 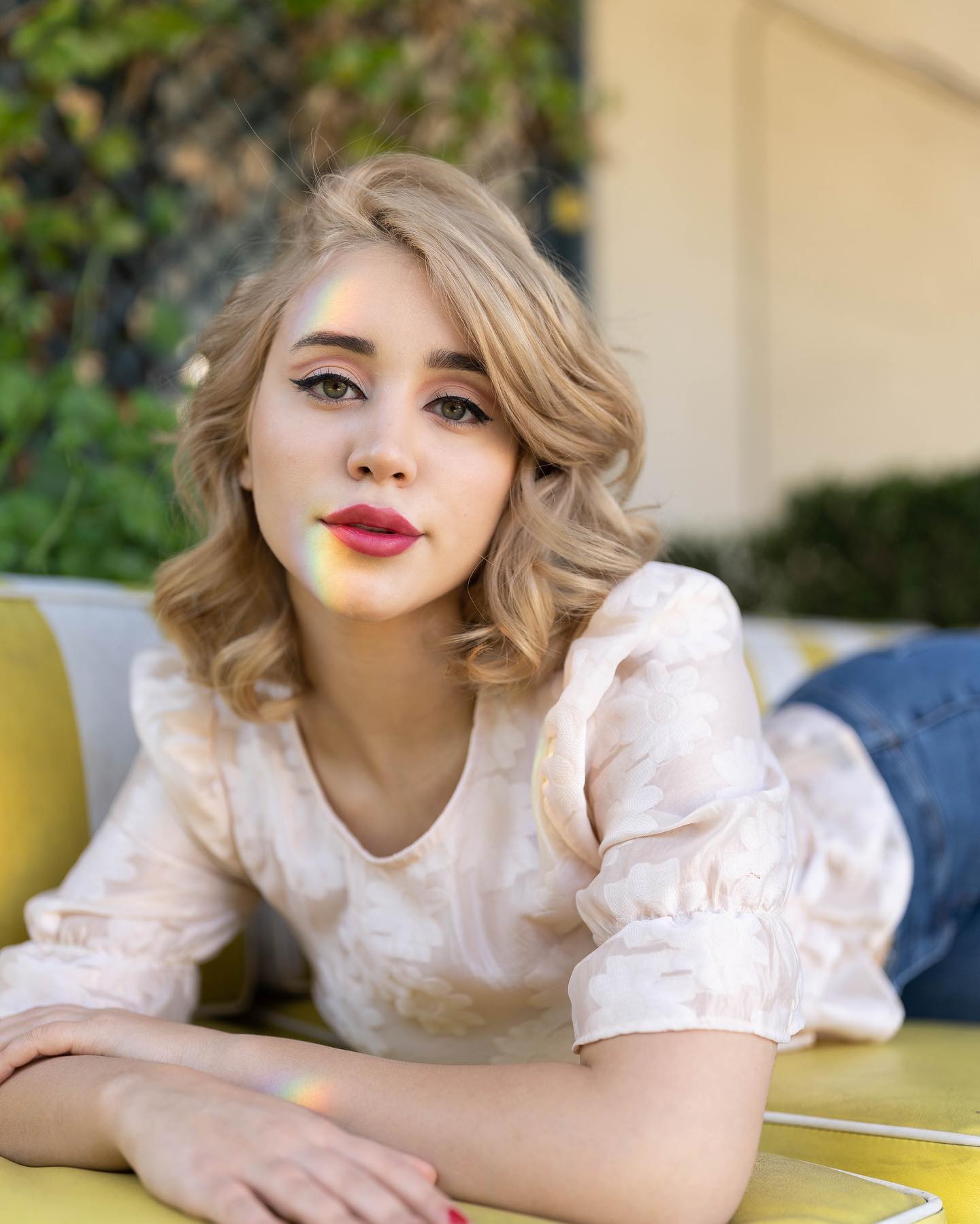 When we scrolled through the Instagram feed of Caylee, we found many stunning pictures of her from her trips all over the world, a couple of sweet pictures of her with her boyfriend Casey Affleck, and a series of pictures with close friends and family members.

When did Casey and Caylee meet?

Cowan and Affleck met each other for the first time in January of 2021. The two of them have been together for more than a year now. Every now and then, they keep sharing cute pictures of each other on social media.

Earlier this year, Casey put up a special post on the social media platform Instagram to mark the occasion of their first anniversary. He penned a beautiful caption alongside a cute snap of the pair. 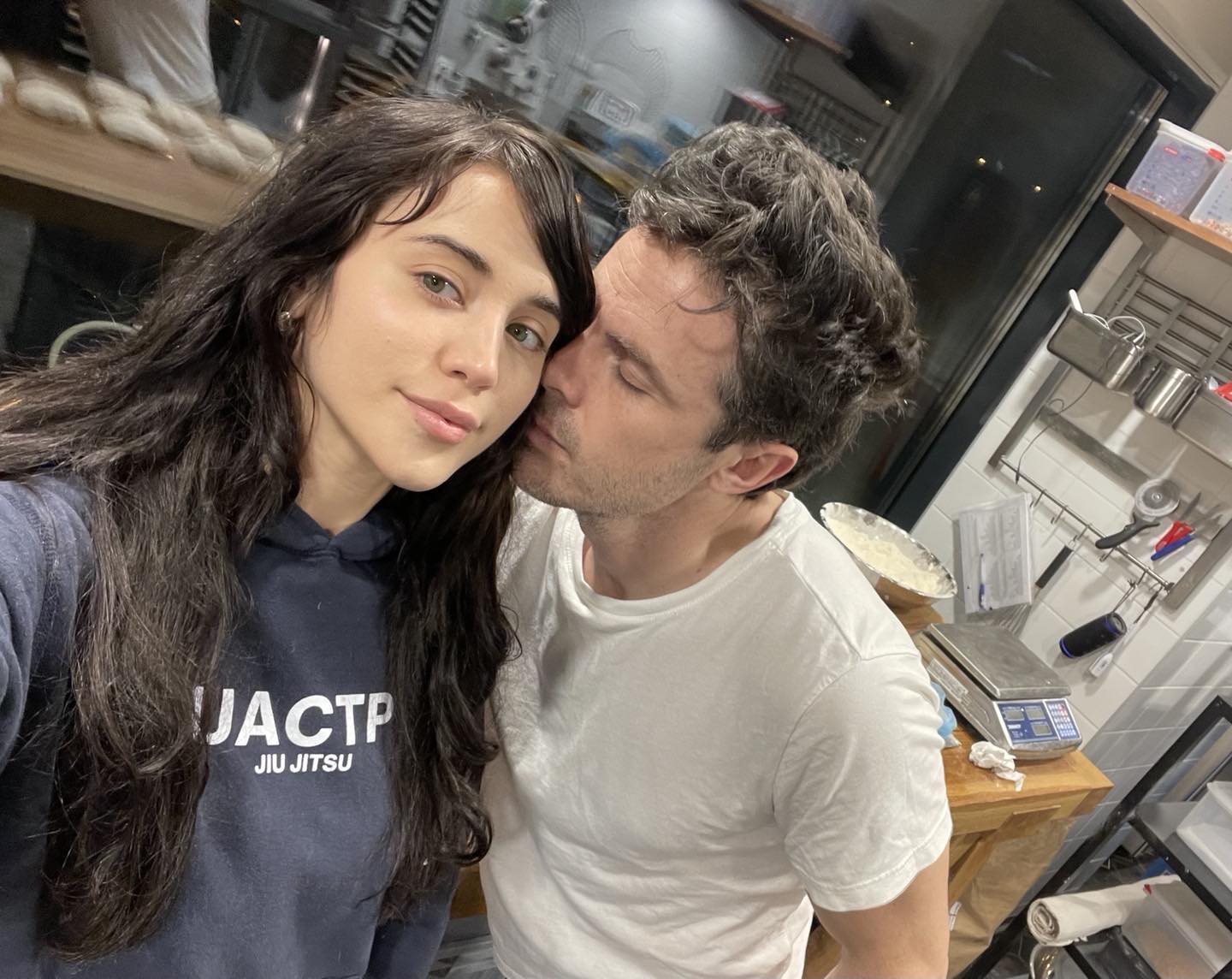 Affleck started by writing, “A year ago, we met.  A few months ago, I got smart.  Thank God, it wasn’t too late. On our first date, you carried firewood up, built a fire, and gave me a low eyelid look that was so strong I had to take a knee for a minute.”

He further added, “Tonight, to celebrate knowing each other for a year, we went down to the local bakery here in Budapessshtt and cooked twelve loaves of bread. All I could smell was you. We have gone through a lot of ups and downs this year, but how I feel about you has only gone in one direction.”

The Every Breath You Take star concluded the post by saying, “My girl, you make me a better man every day.  You could push me and you could drag me and you could carry me, but instead you just walk with me and talk with me and make me laugh. You are a deep and tender woman with more girlfriend geem than anyone I ever met. I don’t know what I did to deserve you, but I am determined to figure it out and keep doing it forever. While it beats, you have a place in my heart.  I hope you stay that long.”

Caylee penned a love letter to Casey on their first anniversary

On the other hand, when we talk about Cowan, she didn’t forget to shower her boyfriend Casey with some love on their first anniversary. She posted a few black and white pictures of herself and Casey on the social networking platform Instagram.

Caylee wrote, “Caleb Casey Affleck, you are the other half of my heart. You are such a wonderful and loving boyfriend. You are a genius who beats everyone at chess (except your youngest son). You are genuine.” She went on to say, “You say what you mean and mean what you say. You are generous with your time. You are gracious and forgive yourself and others. You are the greatest gift.  Through your vulnerability and sensitivity, you have reminded me that hardship makes the heart stronger, and that the beauty we all have- everyone- is in part, the pattern of our scars.”

The Frank and Penelope star further added, “You make me feel safe in this world. The shelter of your embrace gets me through the toughest days. In Vietnam, it is said that a nickname for one’s life partner is “my home” and that is what you’ve become for me. A home.”

What is the age gap between Caylee and Casey?

Caylee is 24 years old now, meanwhile, Casey is 47 years old so that means that these two lovebirds have an age difference of a total of 23 years but it seems like that isn’t a big issue for the couple.

In March of 2022, the engagement rumors of the pair began swirling in the air when Cowan was spotted out and about in public with a huge rock on her finger. Up until now, neither Casey nor Caylee has made any official comment on their engagement rumors. 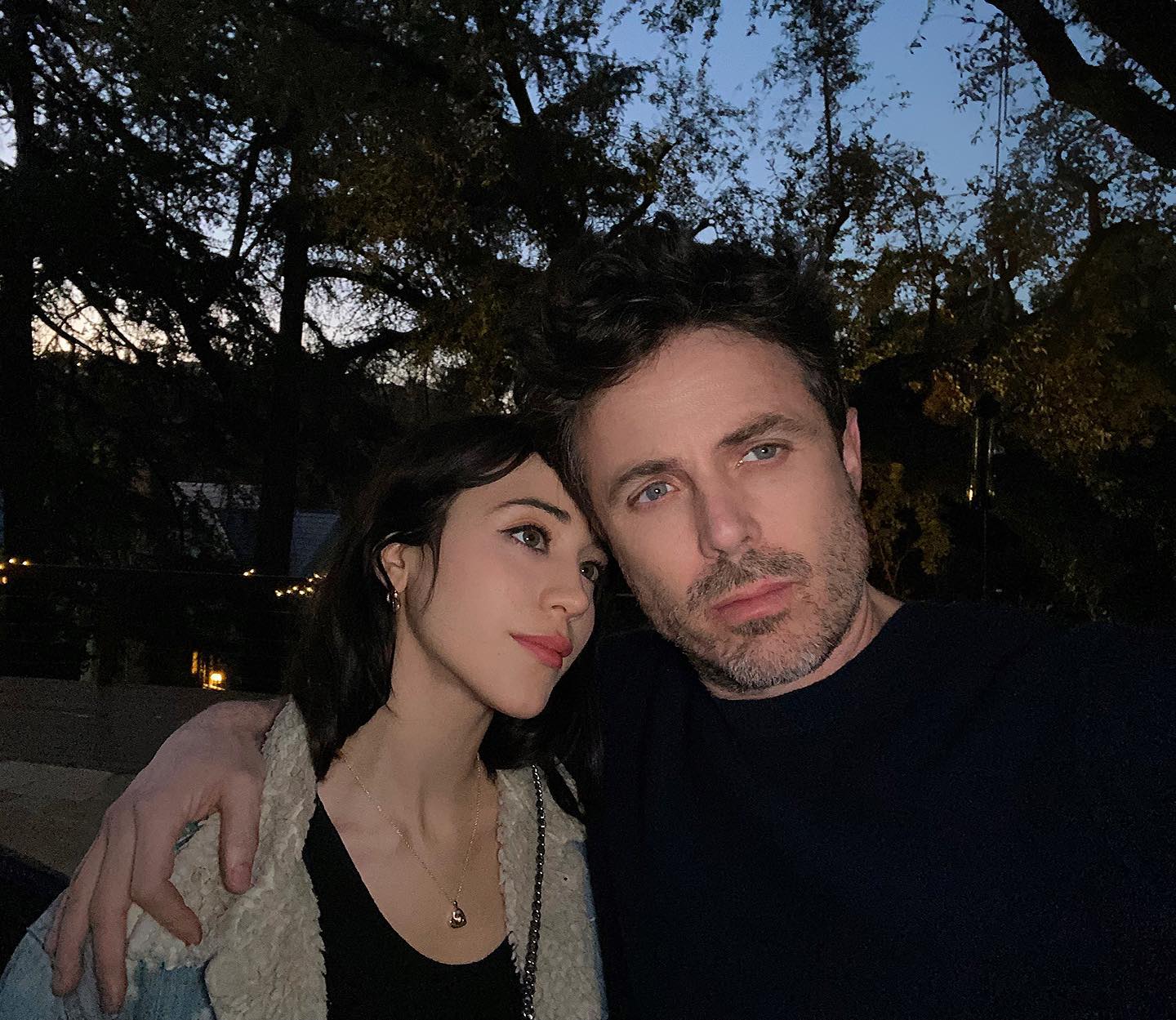 Do you think Caylee Cowan and Casey Affleck are a perfect match for each other? Kindly let us know your thoughts on the pair in the comments section below. Don’t forget to stay tuned with us for the latest updates from the world of showbiz