Kaley Cuoco is one of the finest actresses in Hollywood. She is well known for playing the role of Penny in the show The Big Bang Theory. In addition to this, she has also starred in many films such as Meet Cute, The Last Ride, Picture Perfect, Can’t Be Heaven, Lucky 13, Crimes of Fashion, and The Man from Toronto. 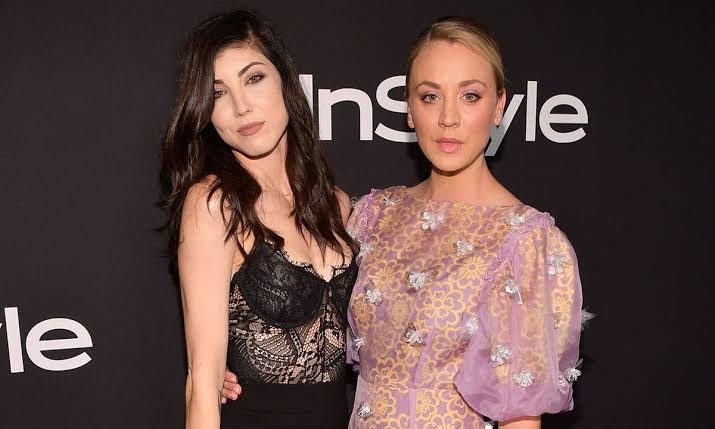 What does Briana Cuoco do for a living?

For those of you who don’t know, let us tell you Kaley Cuoco’s little sissy Briana Cuoco is a singer-songwriter and also an actress. She is the younger daughter of Layne Ann, a homemaker, and Gary Carmine Cuoco, a realtor. Her mom, Layne is of German and English ancestry, on the other hand, when we talk about her dad Gary, he is of Italian descent.

Over the years, Cuoco has paved a path for herself in the music industry. In the past, she also appeared in season 5 of the singing reality show The Voice. However, she didn’t go all the way in the competition. During her time on the show, she was a part of both Blake Shelton and Christina Aguilera’s teams. 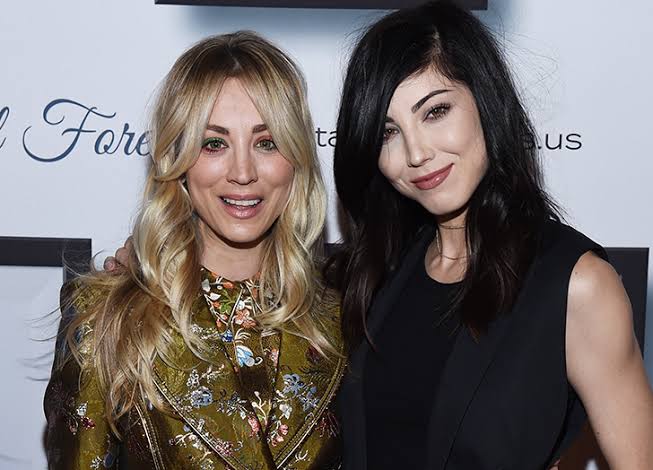 In addition to this, Briana is also a singer for The Bluebird Band. You can listen to all the songs of the band on various music streaming platforms like YouTube, Spotify, and Apple Music. Keeping aside her original music, she garnered the attention of the viewers via her covers on the show The Voice.

Briana Cuoco is an actress

Briana has followed in the footsteps of her elder sister Kaley and also tried her hand at acting. Kaley even got her sister Briana a small part in an episode of the show The Big Bang Theory in the year 2013. Along with this, she has also starred in a couple of shows such as Mom, The Mentalist, NCIS, Criminal Minds, The Newsroom, and The Flight Attendant.

Let us share with you, Briana is well known for her acting performance in the HBO Max series The Flight Attendant which is based on the 2018 novel of the same name by New York Times Bestselling author Chris Bohjalian. The television series has been developed by Steve Yockey. 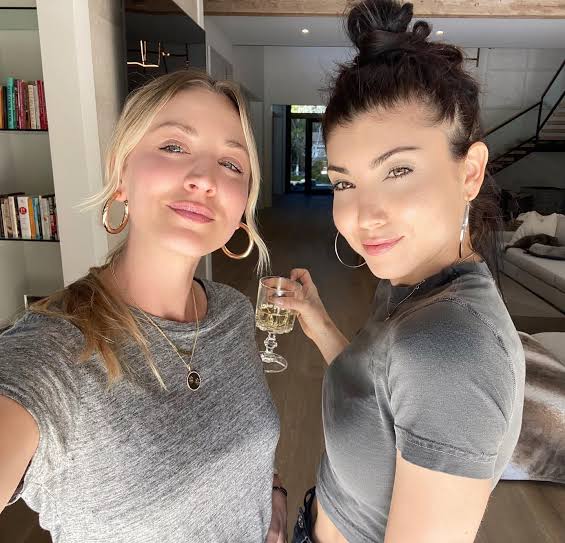 The show The Flight Attendant revolves around how an entire life can change in one night. It narrates the tale of Cassie Bowden (played by Kaley Cuoco), a flight attendant who wakes up in the wrong hotel, in the wrong bed with a dead man. The interesting part is that she doesn’t know how she landed there and what happened.

Briana Cuoco played the role of Cecilia, a quirky and ambitious assistant who is obsessed with organization and eavesdropping on calls. Along with Briana, the show also stars Michiel Huisman as Alex Sokolov, Zosia Mamet as Annie Mouradian, T. R. Knight as Davey Bowden, Michelle Gomez as Miranda Croft, Colin Woodell as Buckley Ware, Merle Dandridge as Kim Hammond and Griffin Matthews as Shane Evans.

The show The Flight Attendant saw the light of day on November 26, 2020. In December of the same year, the show was renewed for a second season which came out on April 21, 2022.

Briana Cuoco is also a dancer and choreographer

Yeah, you read that right. Apart from being a singer and actress, Briana Cuoco is also a dancer as well as choreographer. Back in the day, she danced alongside Pitbull, Snoop Dogg, Ne-Yo, and Big Time Rush, and also on television shows such as Glee and America’s Got Talent.

In the past, Cuoco’s choreography has also been featured on Two and a Half Men, Mom, The People’s Choice Awards, Young Sheldon, and The Big Bang Theory. She is represented by SDB Partners and Thruline Entertainment. 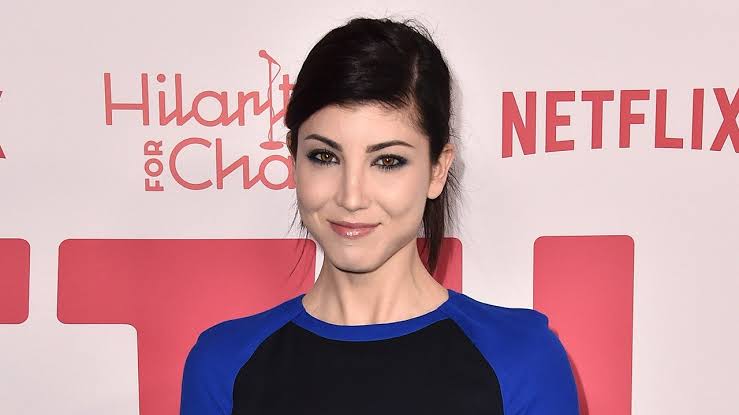 When we talk about the love life of the singer Briana Cuoco, she is off the dating market at the moment. Right now, she is in a relationship with a musician. The name of her boyfriend is Brian Logan Dales.

Brian is a singer of a band named The Summer Set. He also has a few acting credits to his name. As per his IMDb page, he has starred in shows such as Average Joe and Backstage with Becca B. 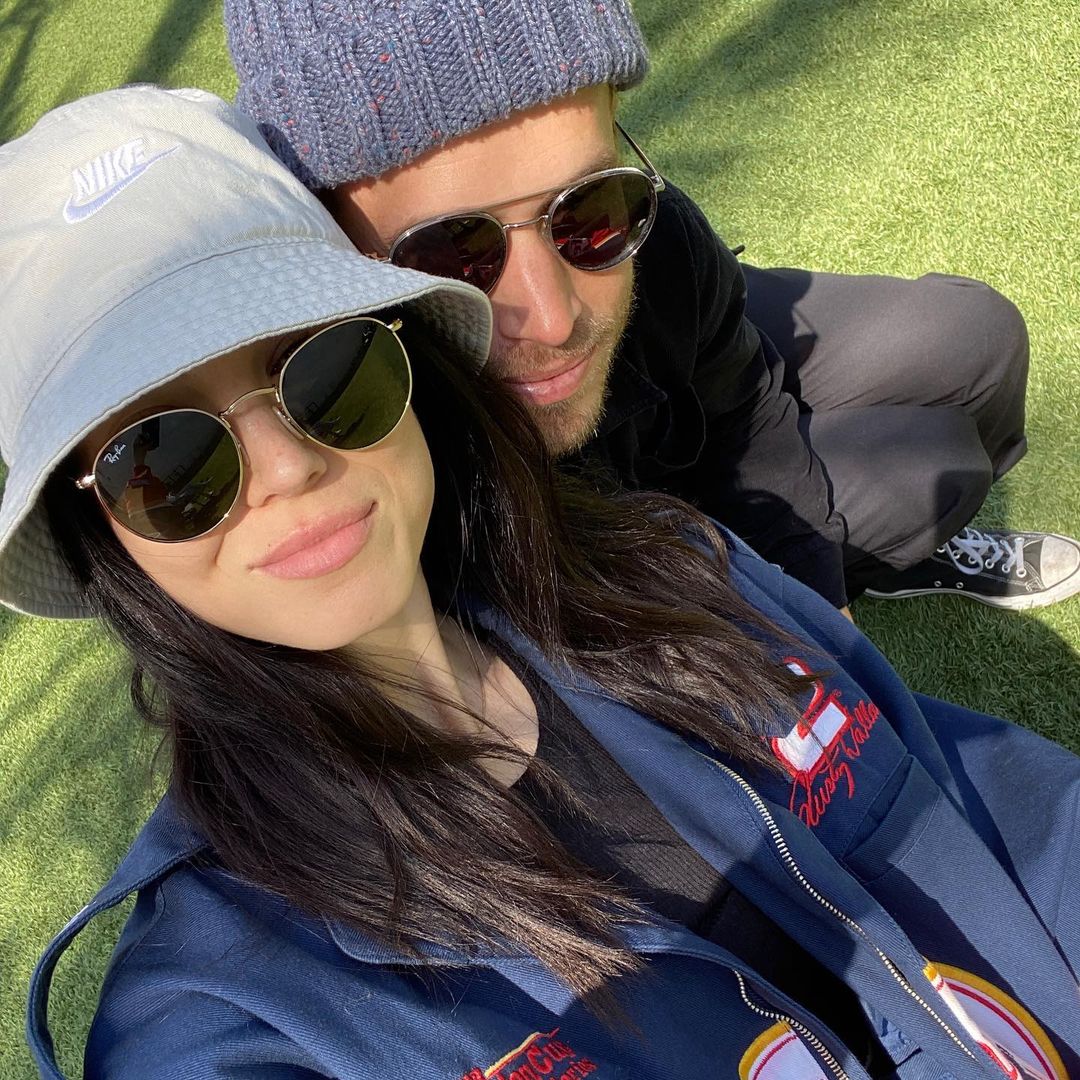 Last month on October 23, Briana and her musician boyfriend Brian Logan Dales completed 1 year together. And to mark the special occasion, she posted a beautiful video on the social media platform Instagram.

“planned on roasting you today but the truth is you’re my favorite person on earth and our little family is the best thing in my life. i just love you. happy anniversary, my darling 💙🎈,” she wrote in the caption of the video.

Brian posted a series of clips and photos of himself and his girlfriend Briana on his Instagram feed to celebrate the special day. He simply captioned the carousel of snaps and videos, “Today @bricuoco has been dating me for exactly one year. I say this because I started dating her two months before her and was just waiting for her to catch up. Best year (and two months) ever. I love you.”

Like most celebs in the entertainment industry, Briana Cuoco also has a profile on the social media platform Instagram. As of this moment, she has more than 210k followers on Instagram. Up until now, she has only 42 posts on her Instagram feed.

When we scrolled through the Instagram feed of the singer, we found a series of stunning photos of her which gave us insights into her daily life away from the flashing cameras, a few beautiful snaps of her with her boyfriend Brian Logan Dales, and some pictures of her with her friends and family members.

We must say the Cuoco sisters are taking over the world and they are unstoppable. Don’t forget to stay tuned with us for the latest updates from the world of showbiz.