It seems like Emma Watson has a new man in her life. Not long ago, The Perks Of Being A Wallflower star was spotted out and about in public with her rumored boyfriend Brandon Green.

Recently, Emma Watson was snapped by the paps while taking a stroll on the streets of Italy with her rumored beau Brandon. Keep reading further to learn more about the personal and professional life of Brandon Green. Emma Watson has seemingly confirmed her new romance with Brandon Green during a recent Italy vacation. These two lovebirds were photographed by the media while they were walking hand in hand in Italy.

As per the reports of E! News, the Harry Potter and the Philosopher’s Stone actress was clicked while she was holding hands on a stroll with her rumored boyfriend Brandon Green, the son of Fashion Tycoon Sir Philip Green. It has been reported that Emma and Brandon were seen boarding a water taxi. 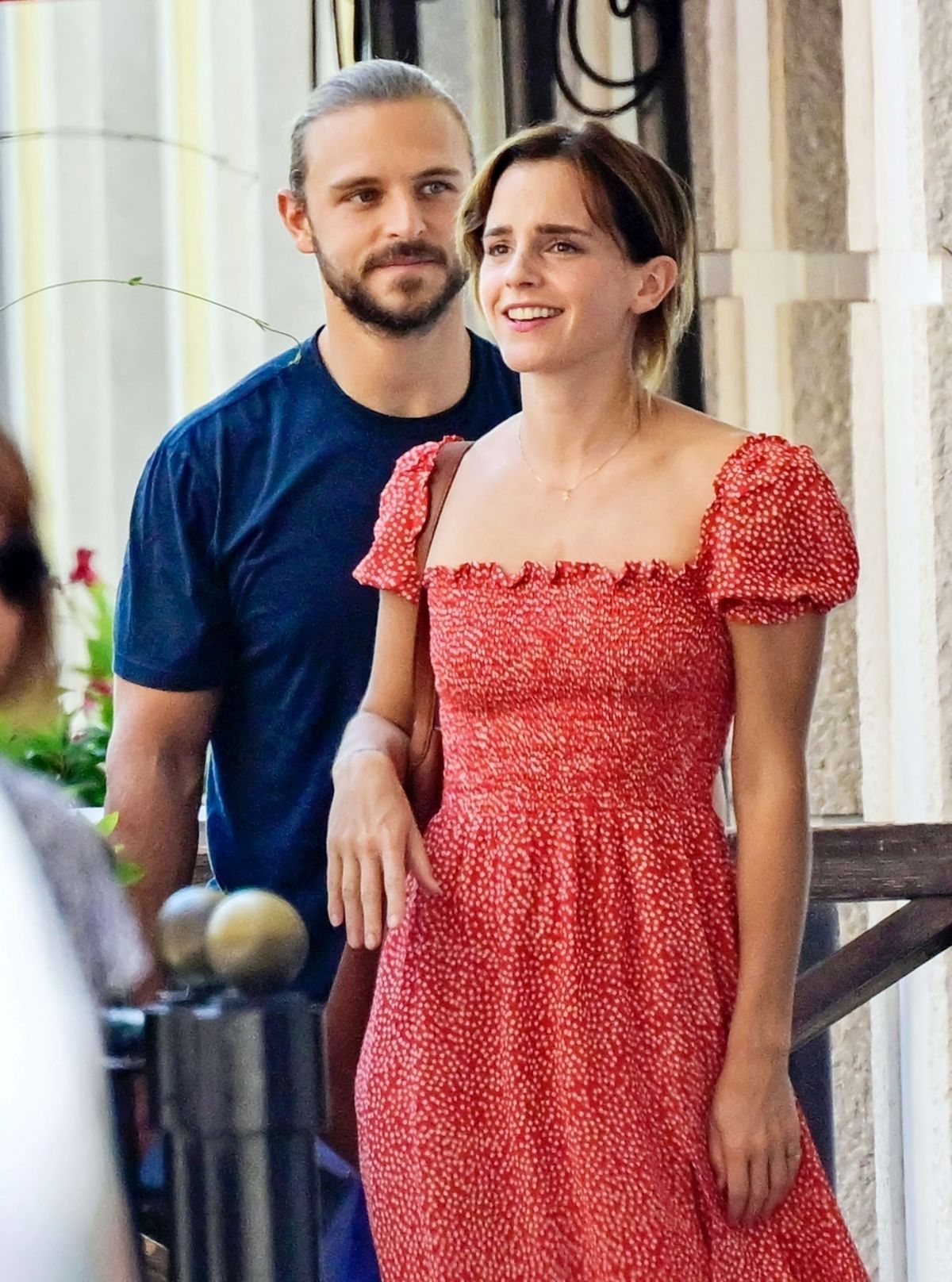 When we talk about Watson’s love life, she has always been very private about it. In the pictures obtained by the media outlet, E! News, Emma can be seen wearing a square-neck, red and white patterned dress with a side slit. She kept her hair up in a low bun. She completed her look with a sleek necklace, brown bag, and black sandals.

On the other hand, Watson’s rumored boyfriend Brandon Green went for a casual look. He donned a navy T-shirt and light cobalt blue pants. He topped off his look with a pair of white shoes. He kept his hair in a ponytail. Emma could be seen smiling ear to ear during the pair’s recent outing in Italy. A close source has told The Daily Mail, that Green has been wooing the Hollywood actress.

Here’s everything you need to know about Brandon Green

For those of you who are unaware, let us tell you Brandon Green is the son of Sir Philip Green, who is most noted for making enormous amounts of money off fast fashion with his company the Arcadia Group. The sales of the company suffered a big drop during the Covid-19 period but it has been stated that the company is back on the track and it’s doing pretty well now.

According to the Sunday Rich Claims List,  the net worth of Brandon Green’s father, Sir Philip Green is somewhat around £910 million. Throughout his life, he has been engaged in a couple of controversies. He is known as a controversial figure in the United Kingdom due to some of his business decisions and his swanky and lavish lifestyle.

In the year 2018, Sir Philip Green garnered a lot of attention when he was accused of unlawful s*xual or racist behavior. At that point in time, all those speculations were denied from the side of the fashion tycoon. To date, his son, Brandon has accompanied him on various occasions including fashion shows and charity events. 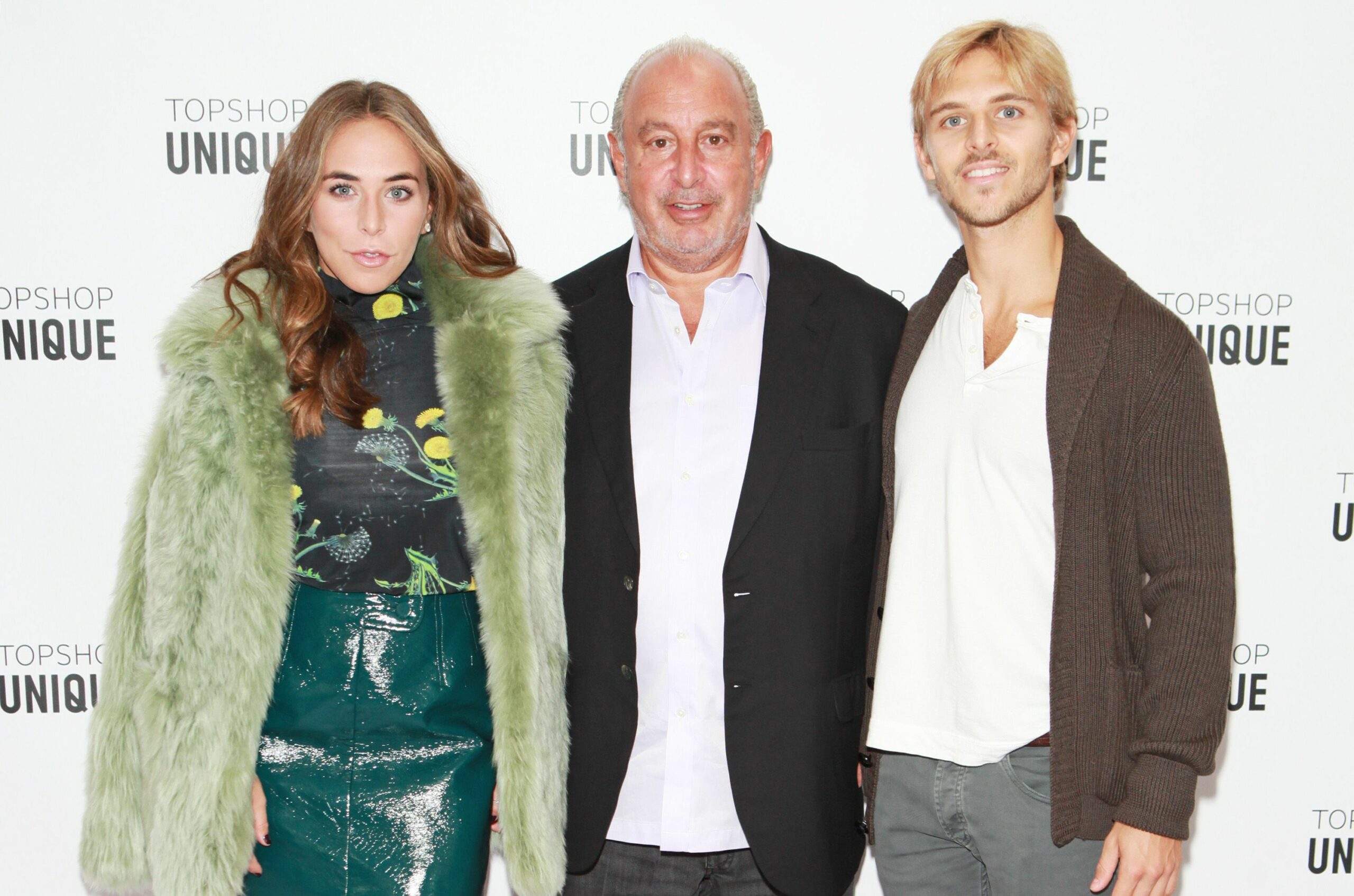 At one point in time, Brandon was romantically linked to supermodel Kate Moss. Sir Philip Green’s son Brandon Green has been taking a lot of interest in climate science and charity over the last couple of years. Back in the day, a close source spilled the beans on Brandon Green’s interests and said, “He got very interested in biodiversity and saving the oceans.”

The source went on to say, “He does a lot of charity work with both Monaco’s Prince Albert’s foundation and Princess Charlene’s foundation…He is very into fitness and gets involved with galas and charities that help the planet. He does frequent beach clean-ups and whatever he can to help.”

Emma Watson is one of the many Hollywood celebrities who are very interested in climate activism. During the last year, she also marked her presence at the United Nations Climate Change Conference (COP26) that took place in Glasgow, United Kingdom. Every now and then, she can be seen voicing out her thoughts on sustainability in the world of fashion.

How did Emma Watson and Brandon Green meet each other?

According to the reports of Elle magazine, the friends of the Hollywood actress were surprised when they got to know that she was seeing Sir Philip Green’s son Brandon Green.

In the past, the Little Women actress Emma Watson stated that she relies on her friends to set her up on dates. The two of them were first snapped together last September when they disembarked from a helicopter in Battersea, London.

When did Emma Watson and Brandon Green spark dating rumors?

The Beauty and the Beast star was first snapped with Brandon Green last year. The two of them were photographed together in September of 2021 after they exited a helicopter and walked together in Battersea, London.

As of now, neither Emma Watson nor Brandon Green has made any official comment on their relationship status. We must say their recent outing in Venice, Italy has surely fueled their romance rumors. Emma was previously linked to Leo Robinton. Then, it was reported that these the fomer flames began dating in October of 2019. As per various reports, the duo called it quits last year.

During an earlier interaction with Elle, the Little Women actress talked about her relationships and love life and said, “I certainly haven’t found that with doing all that I do or being all that I am, that I’ve struggled in my love life. I just think it’s very patronizing towards men. It undermines them.”

Do you ship Emma Watson and Brandon Green as a couple? Kindly let us know your thoughts on the two of them in the comments section below. Don’t forget to stay tuned with us for the latest updates from the world of showbiz.