Who is Blippi? Here’s Everything About Him

At the moment, Blippi is one of the most watched children’s YouTube channels in the world. But the eagle-eyed fans have noticed that over time, the actor who plays the role of kids’ entertainer has now changed.

For those of you who are unaware, let us tell you the original Blippi has been played by the creator of the show, Stevin John. Continue reading further to learn everything about Blippi. Here’s everything you need to know about Blippi

Stevin W. John who was born Stephen J. Grossman started the YouTube channel Blippi in the year 2014. Let us tell you an interesting thing, he is popularly known by the name of Blippi.

Through his YouTube channel, Stevin’s main goal is to provide education and entertainment to kids aged 2 through 7. The show consists of a kid-like character that has a curious and energetic persona, much like his audience. 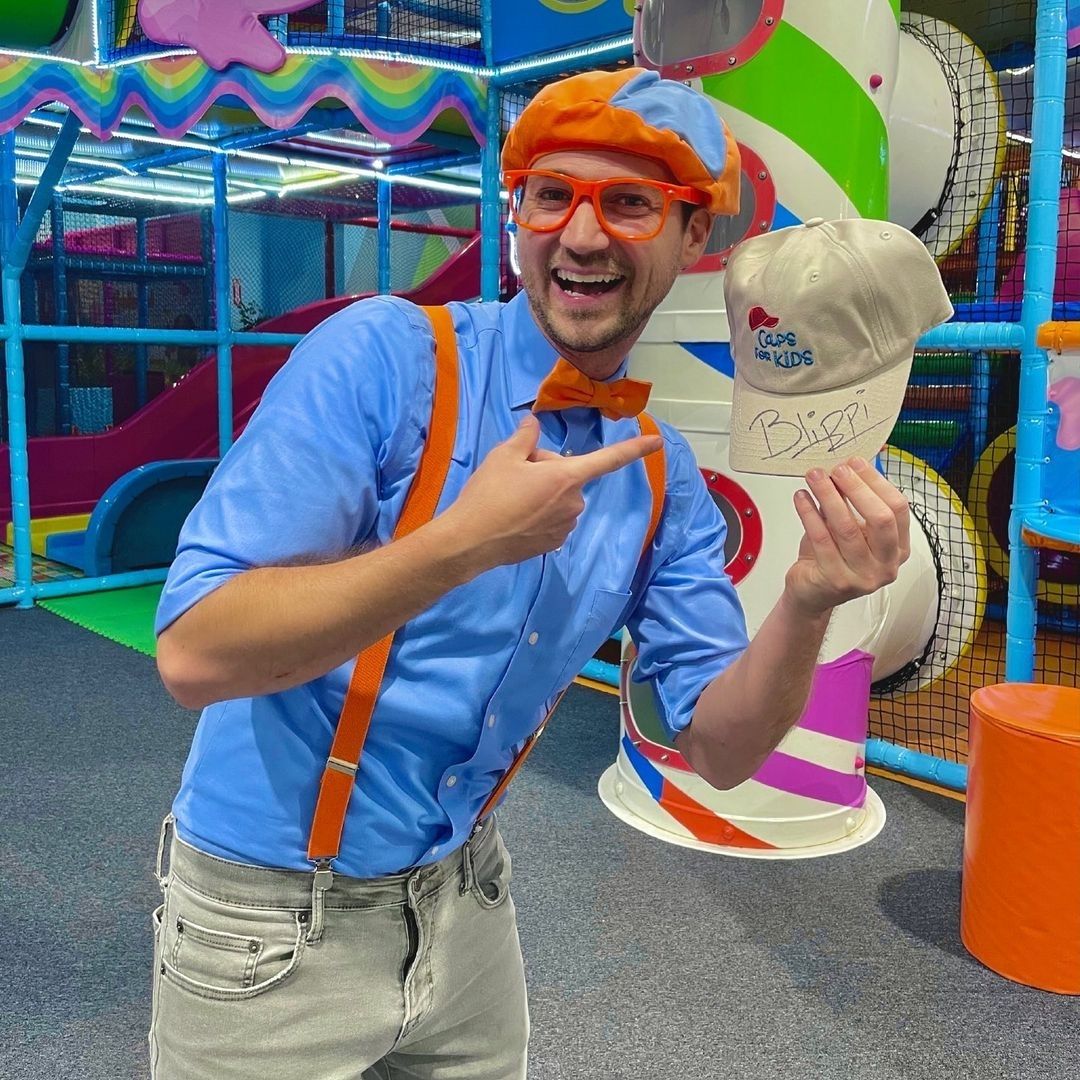 In the YouTube videos, Blippi can be seen wearing an orange and blue beanie hat, orange suspenders, a blue shirt, and an orange bow tie. From the day, the show started on the video-sharing platform YouTube, the channel has racked up more than 14 million subscribers and gained 10 billion views.

Blippi tries to explain everything to the kids in a way that they understand it by describing the object and its purpose. Some episodes feature Blippi building sandcastles, learning different games, and also touring museums, playgrounds, and even farmhouses. The show also features musical elements and he sings and dances for kids as well.

Was Blippi replaced by another actor in 2021?

Last year, the fans of Blippi noticed that Stevin was not playing Blippi, instead, it was another actor who was playing the role of Blippi. You will be able to figure that out if you take a closer look at the videos posted on the video-sharing platform YouTube.

In a video posted on May 8, 2021, the fans were quick to notice that the person in the video was not Stevin who is the original Blippi. At this point in time, the character of Blippi is being essayed by an actor called Clayton Grimm. 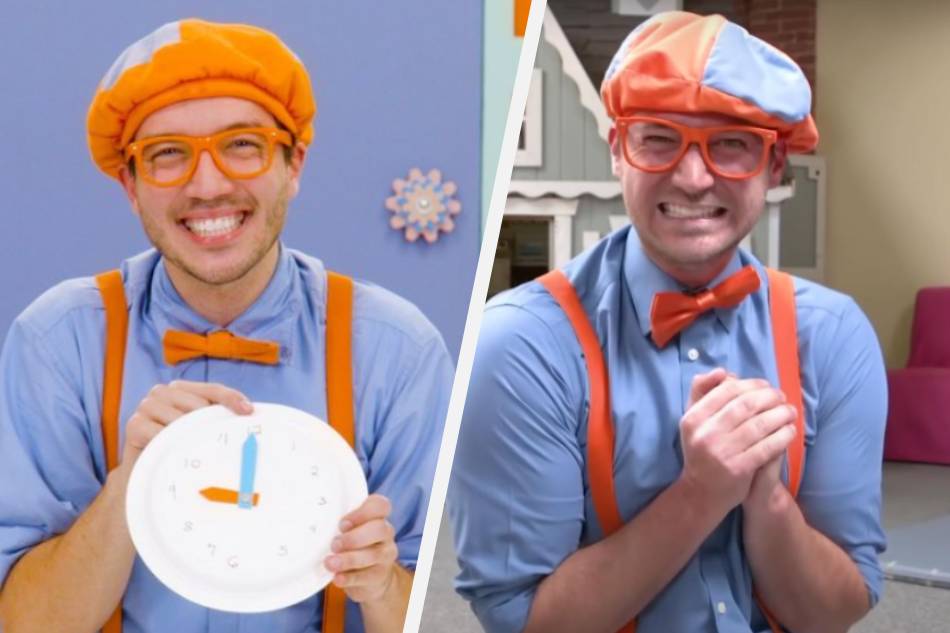 The new episode that was dropped on YouTube was a part of the learning series. It was revealed on its official Facebook page. The Facebook post read, “Due to popular demand we are bringing more Blippi from The Live Show to you all! Don’t miss the launch of ‘Learn with Blippi’ tomorrow on Blippi’s YouTube channel. Who’s ready!?”

When we talk about Clayton, he is very well-versed with the audience now as he plays Blippi when the YouTube show goes on tour around the world. Now, he has earned a new nickname that is, “Blippi from the live show”.

Blippi The Musical will kickstart on August 16, 2022, at Apollo Theatre, London, Great Britain. The tour will conclude in London in September. We are pretty sure all the Blippi fans must be pumped to see him in person.

How did the netizens react to the new Blippi?

At that point, the parents of many kids expressed their disappointment on social media and stated that no matter how young their kids are, they have also caught sight of the continuity issue.

Then, one user wrote, “Did they not think my extremely observant 4-year-old would notice a different dude playing #blippi?” Another user tweeted, “Oh, our oldest was way into his videos. But like … did they think kids just wouldn’t notice it’s a whole different person? That’s crazy.” 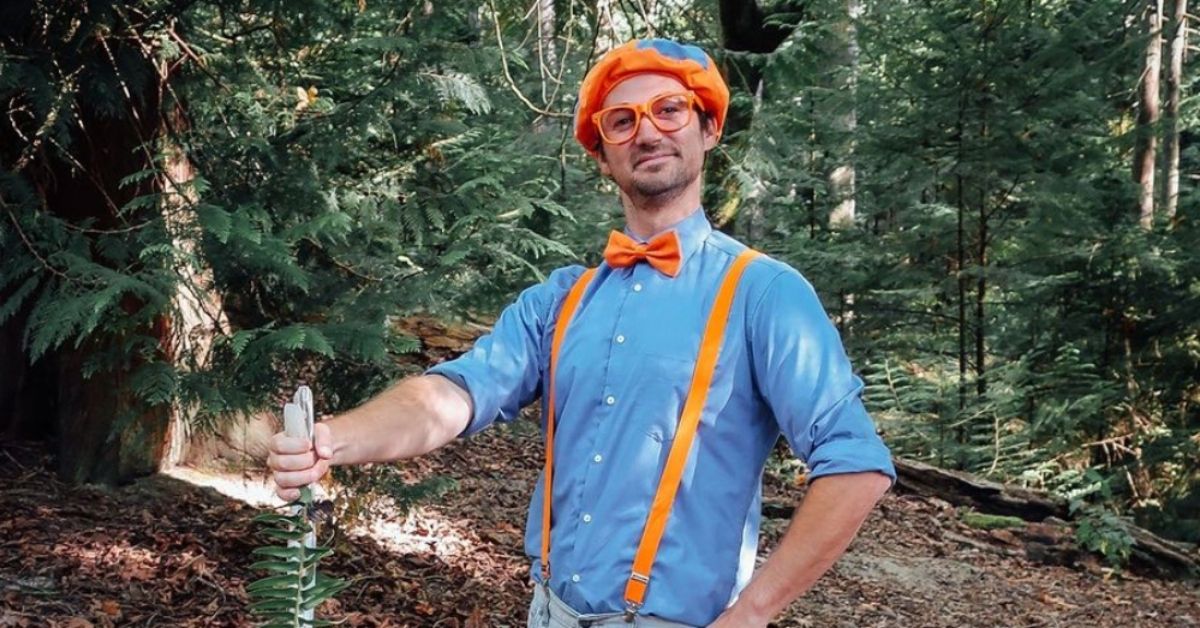 Followed by a user who penned, “So my kids were excited to see a new @Blippi episode, but quickly realized it was some other guy dressed like him with a dubbed out voice and they were so ticked.” A user went on to say, “Uhhh wtf happened to Blippi? There’s just some new guy that’s Blippi now? Can you do that?”

Why did Stevin step away from playing Blippi?

Let us tell you, Stevin decided to step away from playing the character of Blippi as at that point in time, he had something very special going on in his personal life. Then, Stevin and his fiancée Alyssa Ingham were expecting a kid of their own.

Back in the day, the original Blippi aka Stevin shared the piece of happy news with his fans all over the world on the social media platform Instagram. He made the big announcement  in October of 2021 with a beautiful picture of him kissing his ladylove, who was seen holding a strip of ultrasound photos.

“Parenthood coming 2022,” Stevin wrote alongside the slideshow of pictures on the social networking platform Instagram. 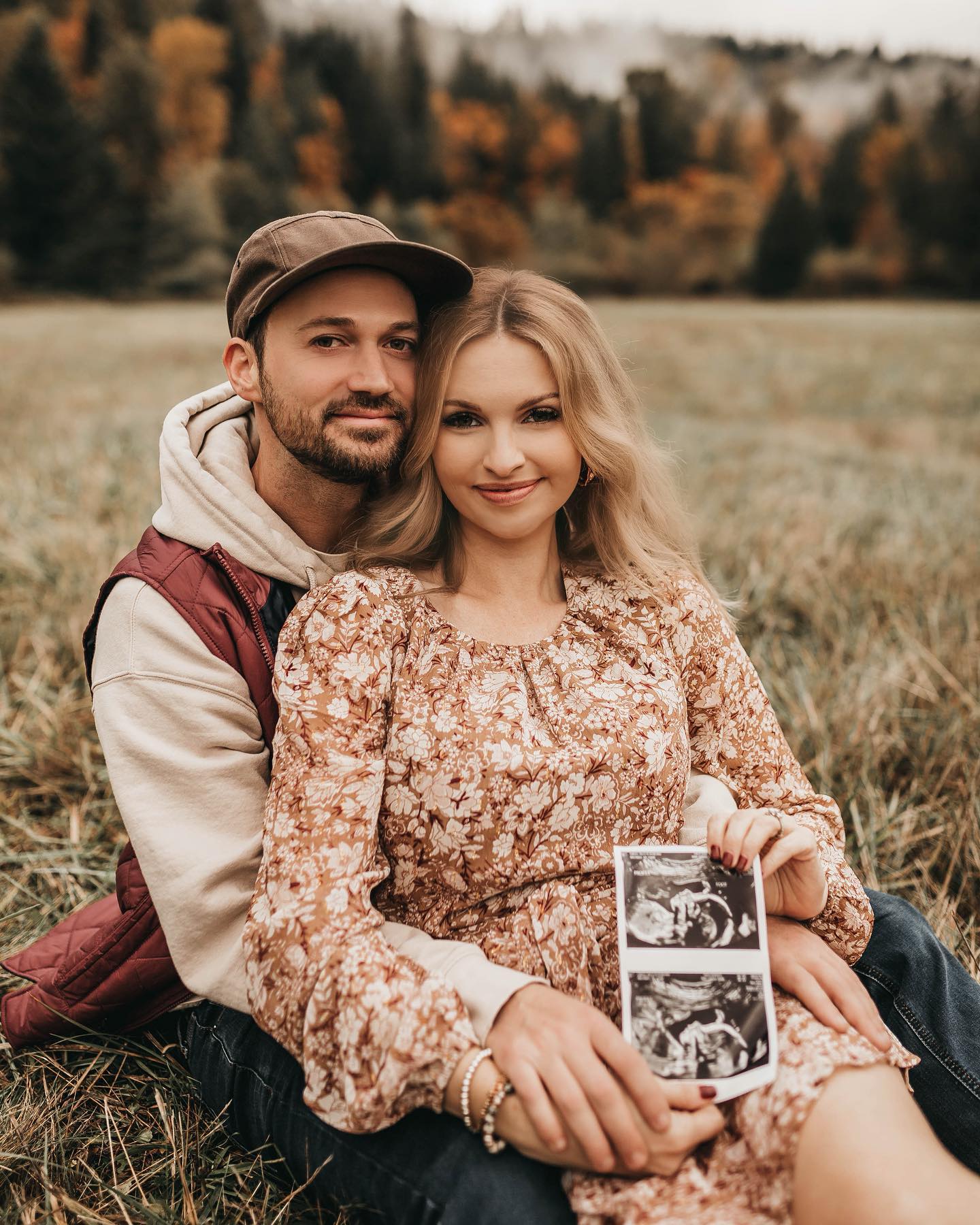 Stevin and his fiancée Alyssa were blessed with a baby boy in March this year. At that time, Alyssa took to her Instagram to share the great news with the fans of the pair worldwide. She posted a couple of adorable snaps of the family of three. 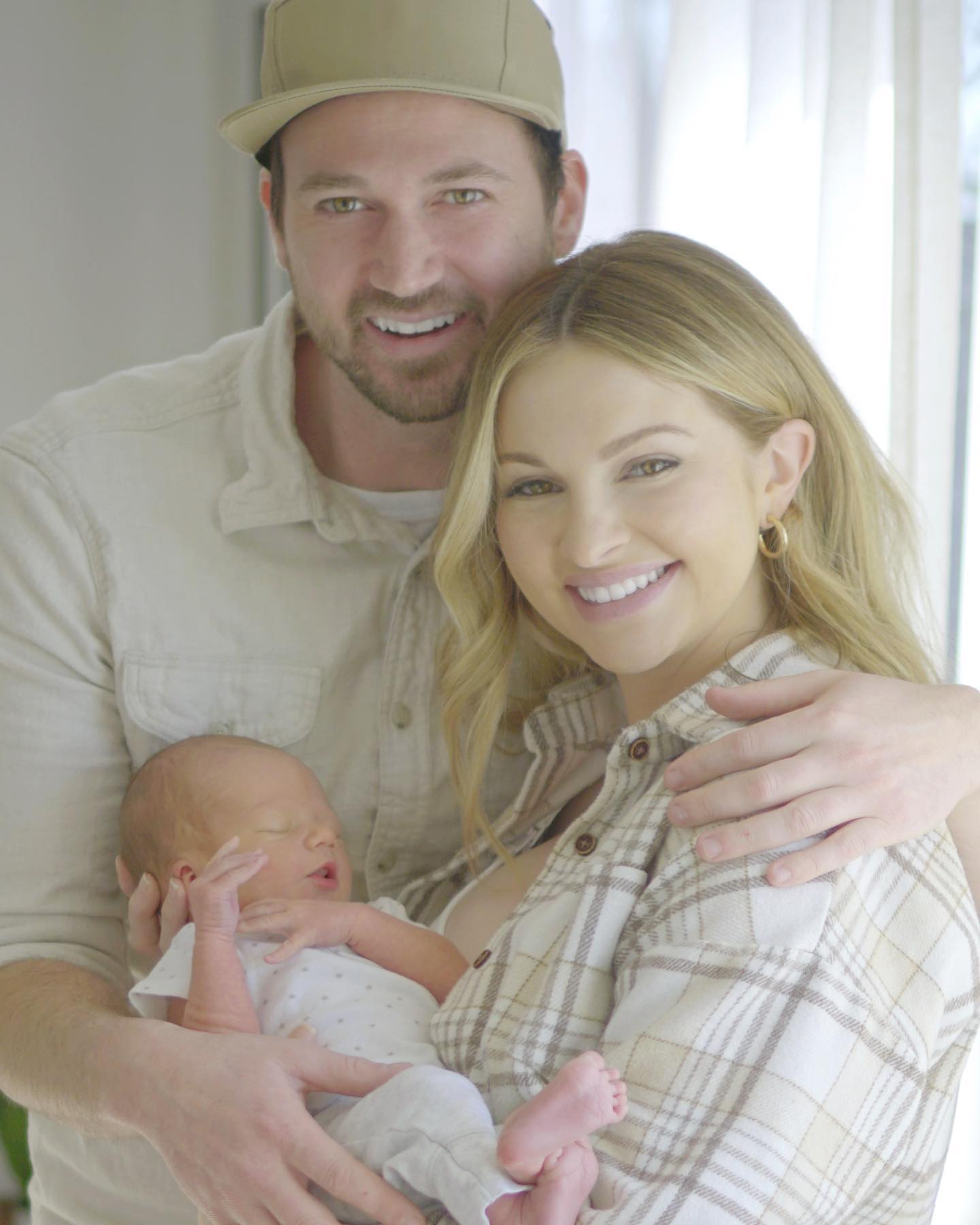 Stevin and Alyssa are dog lovers

Apart from this, Stevin and Alyssa are also dog parents. They have two fur babies named Lyno and Lily. The two of them have even created a joint Instagram account for their fur babies and it’s too cute for words.

Lyno is a Boxer/Pitbull meanwhile Lily is a golden poodle. The Instagram account of Lyno and Lily is filled with adorable snaps of them with Stevin and Alyssa and their baby boy Lochlan David John. 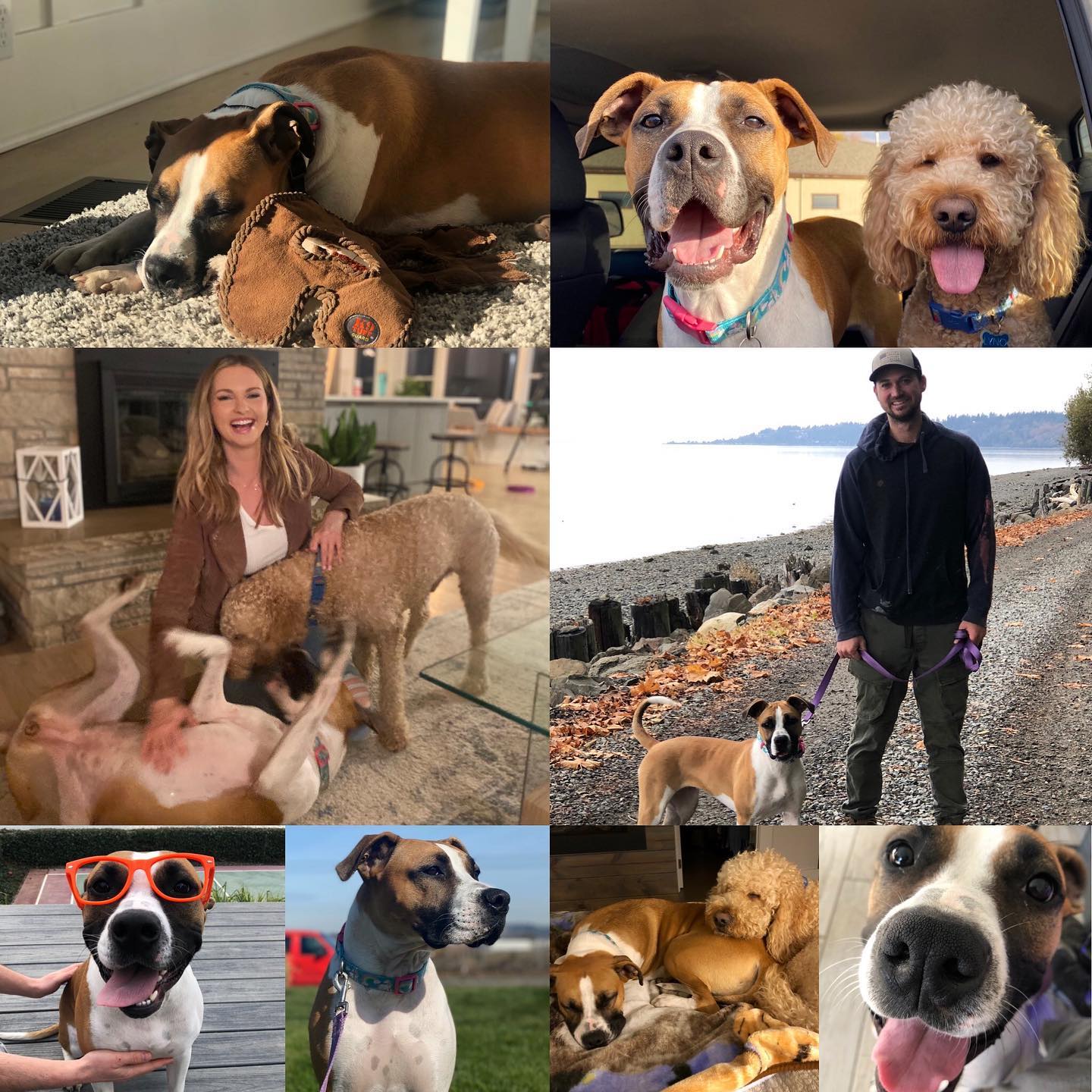 Are you well-versed with Blippi? If yes, then do let us know what’s your favorite thing about the YouTube channel in the comments section below. Don’t forget to stay tuned with us for the latest updates from the world of showbiz.