At the moment, Amy Robach is the talk of the town. The Good Morning America co-anchor has grabbed the headlines since the time she sparked romance rumors with her co-worker T.J. Holmes.

As per a report by Daily Mail, the GMA co-hosts have been spotted out and about in public several times in November. But let us tell you, there is a twist in the tale both of them are currently married to other people. T.J. Holmes is married to Atlanta-area attorney, Marilee Fiebig. When we talk about the love life of Amy Robach, she has been married to Andrew Shue since the year 2010. Keep scrolling further to know Amy Robach’s husband Andrew Shue a bit better.

For those of you who are unversed, let us share with you, Andrew Shue is the husband of the Good Morning America co-host Amy Robach. He is no stranger to the world of the spotlight. He is an actor by profession who was born on February 20, 1967, in Wilmington, Delaware, United States.

Andrew’s dad, James William Shue was a lawyer and real estate developer who was the president of the International Food and Beverage Corporation. Along with this, his father was also involved in Republican Politics. His dad passed away in the year 2013. 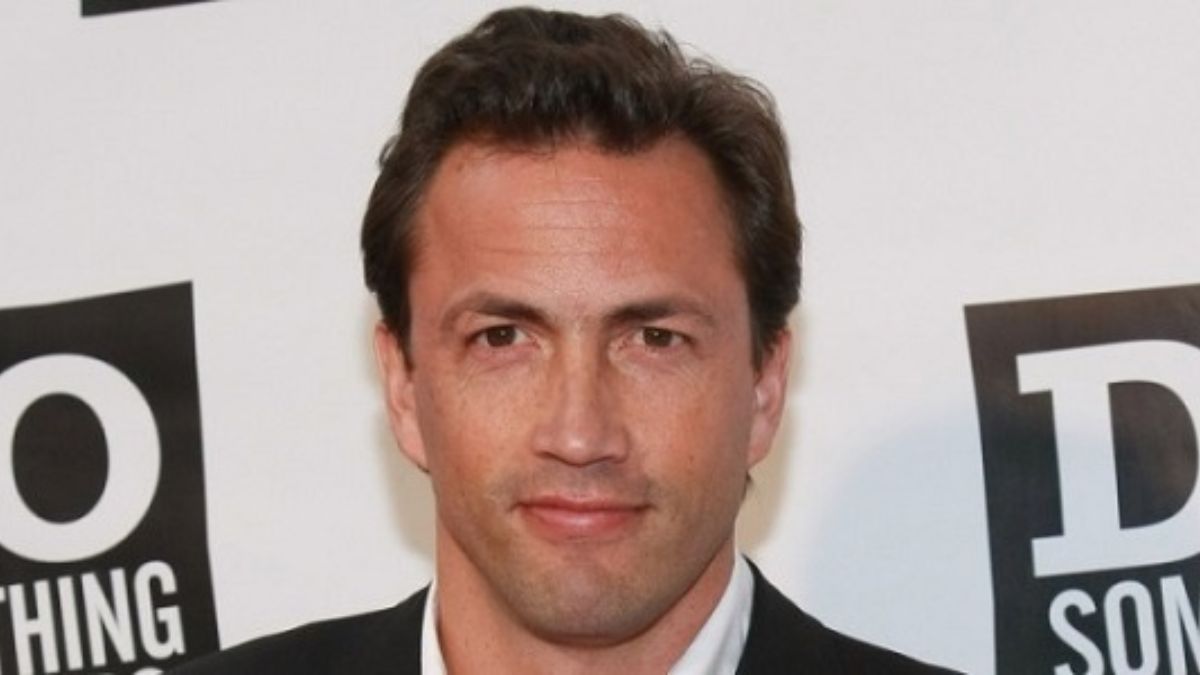 On the other hand, not much is known about his mom. She was a descendant of Pilgrim leader William Brewster, meanwhile, his father was of German ancestry, from Pennsylvania. Andrew has an elder sibling. He has an elder sister whose name is Elizabeth. She is an actress.

Let’s put some light on the educational qualifications of Andrew Shue, he went to Columbia High School in Maplewood, New Jersey. While growing up, he used to play soccer. He received his Bachelor’s degree in history from Dartmouth in the year 1989.

Andrew Shue has starred in a few films and shows

Back in the day, Andrew starred in the hit drama series Melrose Place. He played the role of Billy Campbell in the show. In addition to this, he has also appeared in a big action film named The Rainmaker, alongside Matt Damon and Claire Danes.

Shue also featured in some other films like The Karate Kid, Vision Quest, Adventures in Babysitting, Cocktail, American Shaolin, Gulf City, Gracie, and Goal III: Taking on the World. He also starred in an episode of the show The Wonder Years. Andrew Shue also had a brief career as a soccer player

As a matter of fact, Shue is not only good at acting, but also soccer. Yes, you read that right, in the previous years, he professionally played soccer for the LA Galaxy team for a couple of years.

Throughout his time as a soccer player, the Melrose Place star played for various teams such as Bulawayo Highlanders, Los Angeles United, Anaheim Splash, and Los Angeles Galaxy. 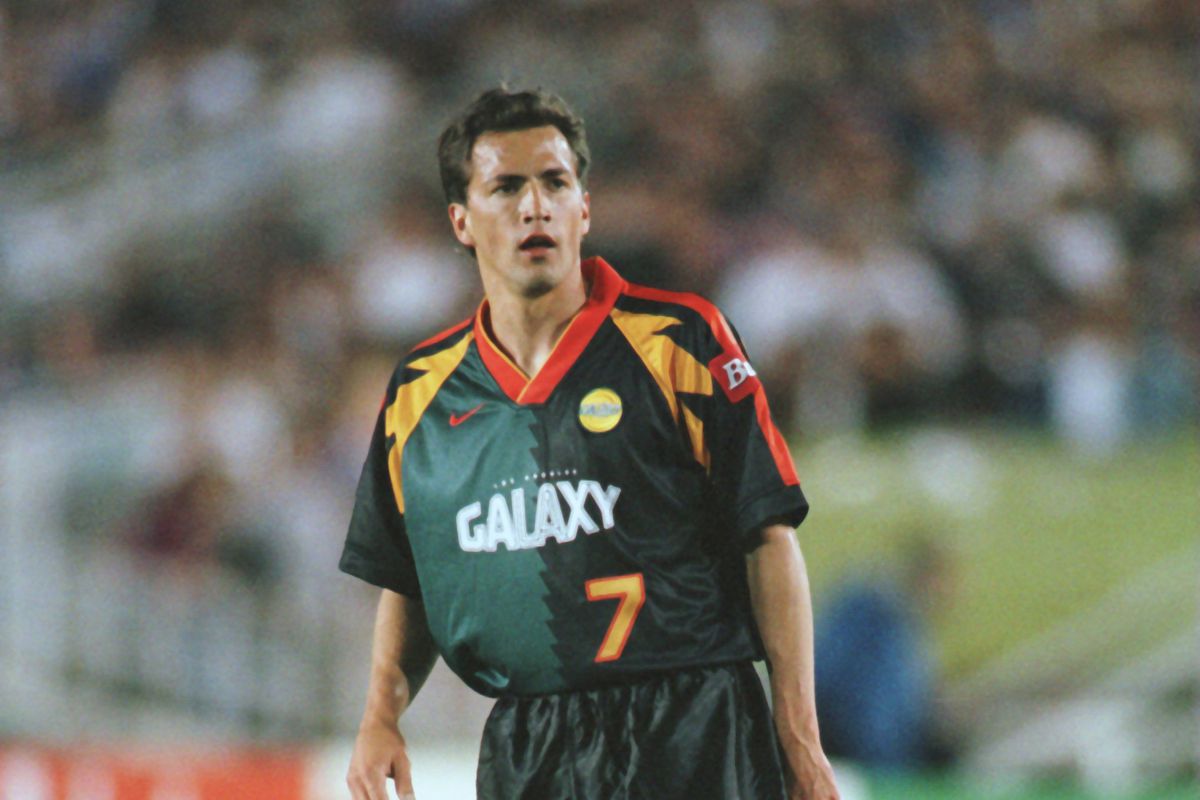 Andrew Shue is also an entrepreneur

In the last few years, Shue has been on the board of directors for Do Something, a non-profit organization with a goal to encourage young people to bring positive change both online and offline via campaigns.

Apart from this, Andrew and his childhood best friend Michael Sanchez also co-founded a social media site named CafeMom. In his spare time, he likes to go out for runs, especially in New York City. In March 2021, Andrew posted a snap on Instagram. He simply captioned it, “What a day in NYC so grateful to run 13.1m in 95 min (a full game and injury time) and best of all a high five from my girl @ajrobach and thanks to @nyrr for inspiring us #unitednychalf.”

Before getting married to Amy Robach, Andrew Shue was hitched to floral designer Jennifer Hageney. The former pair tied the knot in the year 1994. They parted ways in 2008. The exes share three children: Nate, Aidan, and Wyatt.

When did Andrew Shue and Amy Robach tie the knot?

As per a report by Page Six, the Good Morning America co-anchor and the actor-turned-athlete met each other at a book party in April 2008. The two of them got engaged in September 2009.

Andrew and Amy walked down the aisle in the year 2010. They exchanged their vows on the occasion of Robach’s 37th birthday at The Lighthouse at Chelsea Piers in New York City, which would make their anniversary February 6. Later on, in September 2015, Andrew and Amy had to face some hard times as Robach got diagnosed with breast cancer. In an earlier interview with People magazine, Amy said, “This was not something I would wish on anyone’s marriage, but I think it was especially hard on a newer marriage.”

Robach told the publication, “All of a sudden I felt like I needed him in a very needy way, and that’s not my personality. When I had my crisis, I completely crumbled. It threw everything up in the air. It was rough for several months.”

Amy went on to say, “We knew what we had when we found each other. And we knew that if we could just get back to what our connection was about and just be honest about the fears, then we could get through it.” 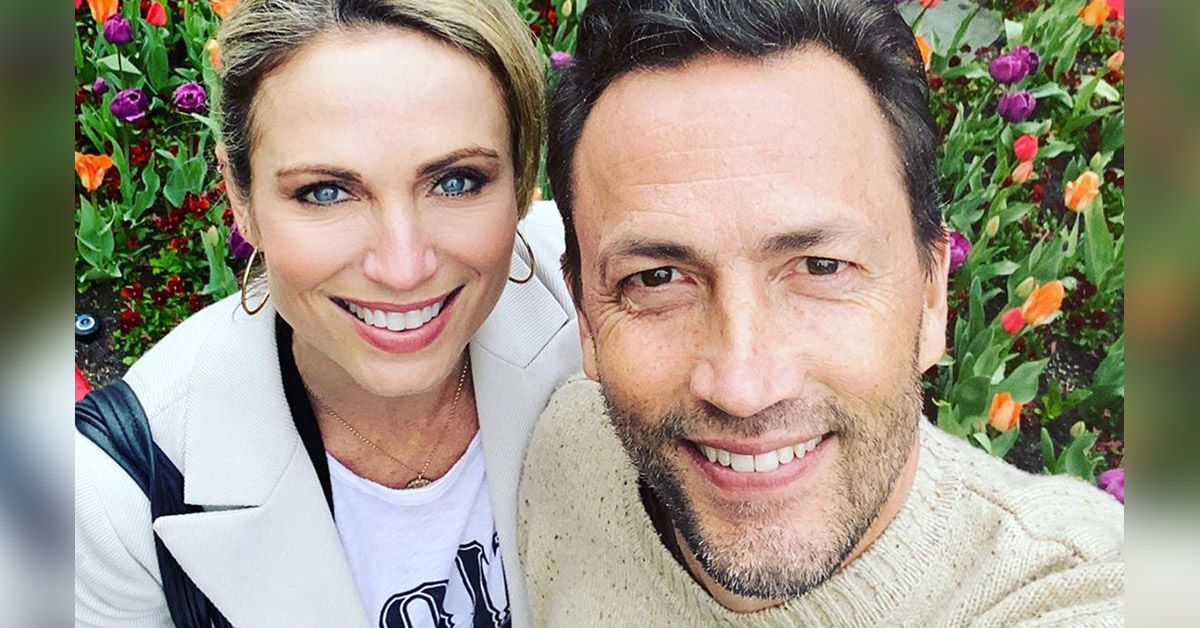 Do Amy Robach and Andrew Shue have any children together?

Andrew and Amy have a beautiful blended family. Amy welcomed two kids with her ex-husband MLB player Tim McIntosh. The names of the former pair’s daughters are as follows: Ava McIntosh, 20, and Annie McIntosh, 16.

On Andrew’s part, he had three kids with his ex-wife Jennifer Hageney. The exes share sons Nate, 25, and Aidan 23, and a daughter whose name is Wyatt. The pair’s daughter is 18 years old. 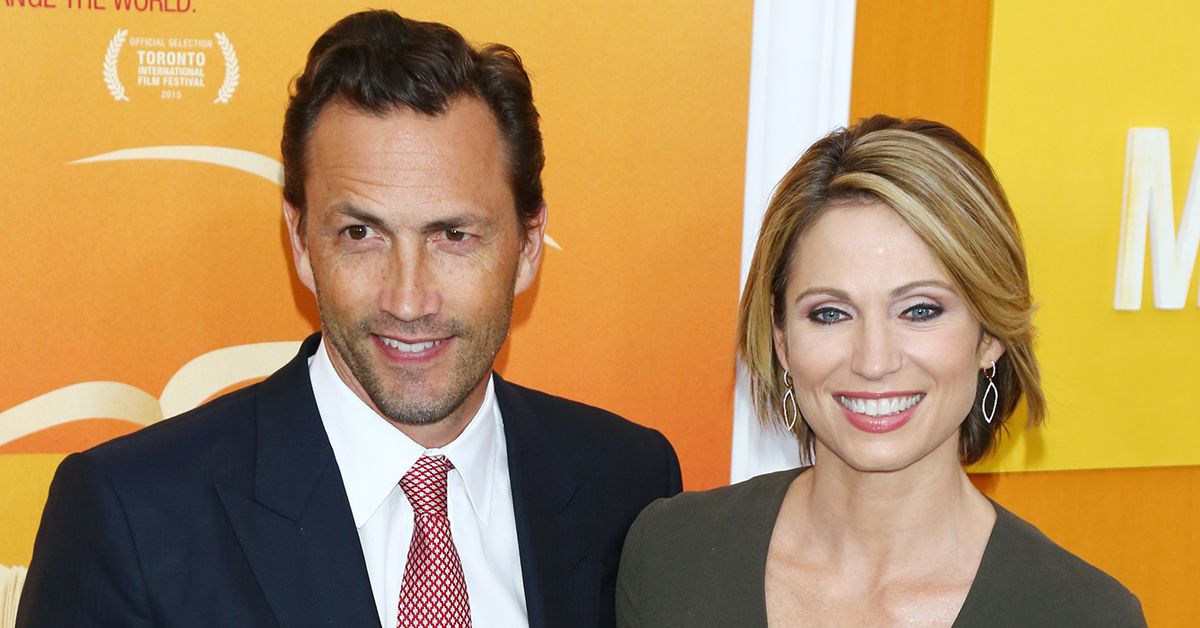 In a 2017 interview with Us Weekly, Shue raved over the pair’s family and said, “At least five nights a week we sit down for dinner together. And we spend one-on-one time with each kid. It really changes the relationship. It doesn’t have to be extravagant, but it’s rewarding.”

Do you think Amy Robach and Andrew Shue’s marriage is at risk right now? Kindly let us know your thoughts in the comments section below. Don’t forget to stay tuned with us for the latest updates from the world of showbiz.