Who is Ammika Harris? Everything About Chris Brown’s Baby Mama

Ammika Harris is the baby mama of the Call Me Every Day singer Chris Brown. She gave birth to her and Chris’ son, Aeko Catori Brown in the year 2019. They welcomed their son in November 2019. Their son just turned 3 years old on November 20, 2022, Sunday.

Since then, the former couple has shared snaps of their baby boy on their social media handles. Continue reading further to know everything about Ammika Harris, the baby mama of Chris Brown who was recently honored with the award for Favorite Male R&B Artist at the 2022 American Music Awards. What does Ammika Harris do for a living?

For those of you who are unversed, let us tell you, Chris Brown’s baby mama Ammika Harris is a model by profession. According to the official website of her agency, most of the time, she works in Germany.

A lot of Ammika’s modeling work is featured on her social media handles. She boasts a good fan base on the social media platform Instagram. As of this moment, she has more than 1 million followers on Instagram.

When did Chris Brown and Ammika Harris spark dating rumors?

The Look at Me Now singer and the model were first romantically linked to each other in the year 2015. Right from the early days of their romance, the two of them have had a rocky relationship.

It seems like Chris and Ammika started dating after they connected back in the day in 2015. At that point in time, Brown was dating his ex-girlfriend Karrueche Tran. Since the time, Chris and Harris got together, they have had an on-again and off-again kind of relationship. These two have never spilled the beans on their romance in the public. 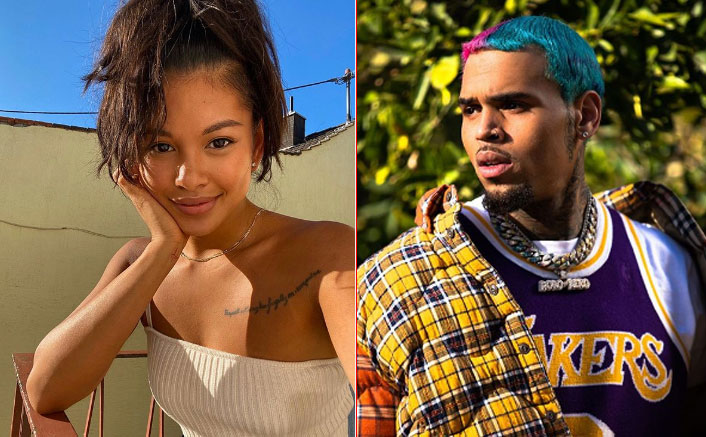 Around that time, Harris and the Next to You singer were spotted out and about in public a couple of times. Then, they were particularly snapped by the paps in Europe. Things changed in the year 2019 when the air was filled with rumors that Ammika was pregnant with Brown’s second child.

By that time, the singer-songwriter already had a daughter named Royalty from his past relationship with his girlfriend at the time Nia Guzman. In November of the same year, the pair’s son, Aeko Catori Brown joined them earthside. He was born on November 20, 2019.

Who has Chris Brown dated in the past?

Throughout the course of his life, Chris Brown has been linked to many women from the industry. His most high-profile romance was with the Love The Way You Lie superstar Rihanna.

Chris and his fellow singer Rihanna dated in the late 2000s. The two of them were also involved in a highly publicized domestic violence case that unraveled the night before the 2009 Grammys. Then, Chris assaulted Rihanna and he left her so bruised that she had a busted lip and many facial injuries. He was sentenced to five years of probation, along with community service and domestic violence counseling from the side of the court. At that point, the Hate That I Love You singer also filed for a restraining order.

Soon after, Chris began dating model Karrueche Tran. The pair called it quits and then he reconciled his romance with Rihanna before they finally pulled the plug on their relationship for the good in the year 2013. He got back together with Karrueche but they split again after he welcomed his first child, daughter Royalty with Nia Guzman in 2014.

How is Chris Brown’s relationship with Ammika Harris now?

At the moment, Chris and Ammika are mainly focused on raising their son, Aeko. In November 2020, a source close to the pair told Hollywood Life, “Chris and Ammika haven’t put an official label on where things stand with them right now because they’re still trying to figure out what their next move is.”

The insider went on to say, “They know the love is there and they’ll always be in each other’s lives obviously, but there are so many variables at this point and everything is still up in the air.” Now, Ammika and Chris continue to co-parent their son Aeko. He completely admires Harris as his partner in the journey of parenthood. The source continued, “Chris has so much respect for Ammika, and he would love to make it work, but he’s well aware that life will take things the way it does.”

Yeah, you read that right. Like most models in the entertainment business, Harris also has a profile on the social media platform Instagram. As of this moment, she has nearly 1.1 million followers on Instagram.

Up until now, Ammika has more than 1000 posts on her Instagram feed. When we scrolled through the Instagram feed of the model, we found a couple of photos of her with her son Aeko Catori Brown, a couple of stunning pictures of her from her professional photoshoots as well as paid partnerships, and some snaps of her from her trips all over the world.

When we talk about the latest Instagram post of Ammika, it’s all about her son, Aeko Catori Brown as he just turned 3 years old yesterday. She posted a series of snaps of her and Chris Brown’s son on her Instagram feed.

Harris put out a total of 3 posts on the social networking platform Instagram to wish her son Aeko a very happy birthday. “I love you so much birthday boy!” she wrote in the caption of the first post.

In the second post, the model posted a happy picture of her baby boy Aeko and simply captioned it, “The one that deserve the world and I will make sure I WILL GIVE YOU!! ❤️❤️❤️.”  She shared a slideshow of pictures in the third social media post. She penned, “HAPPY BIRTHDAY AEKOOOO!!! ❤️,” alongside the snaps.

On the other hand, Chris Brown also shared a photo of himself and his son Aeko on his Instagram Story. He simply captioned the picture, “Happy Birthday Aeko!”

Do you think Chris Brown and Ammika Harris were not a perfect match for each other? Kindly let us know your thoughts on the former couple in the comments section below. Don’t forget to stay tuned with us for the latest updates from the world of showbiz.