Alina De Almeida is the new girlfriend of the billionaire and business investor John Paulson. According to a report by Page Six, at the moment, John is in a bitter divorce battle with his wife of 21 years, Jenny Paulson.

It has been reported by the media outlet, that right now, the 66-year-old business tycoon is in a new relationship. Currently, he is seeing a woman whose name is Alina De Almeida. Continue reading further to learn more about John’s new love interest. 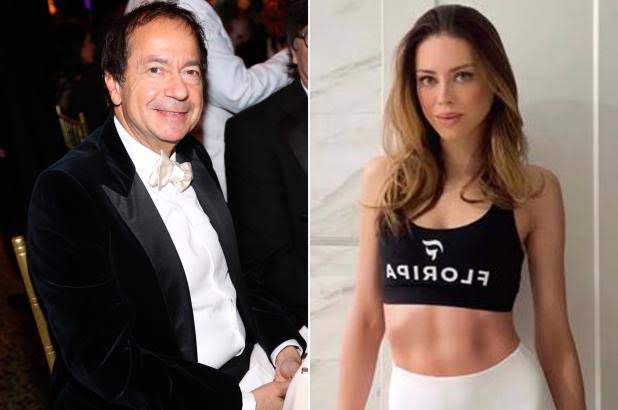 What does John Paulson’s new girlfriend Alina De Almeida do to earn a living?

For those of you who are unaware, let us tell you, Alina De Almeida is a registered and certified dietician by profession. At the moment, she is 34 years old. She runs her own health coaching brand called Effective Lifestyle.

As per her official website, De Almeida completed her residency and clinical nutrition rotations at Columbia and Cornell NY Presbyterian Hospital. She also spilled the beans on her experience in weight loss coaching on her website and went on to say, “I have 10 years of weight loss coaching in hospitals and private practice.” 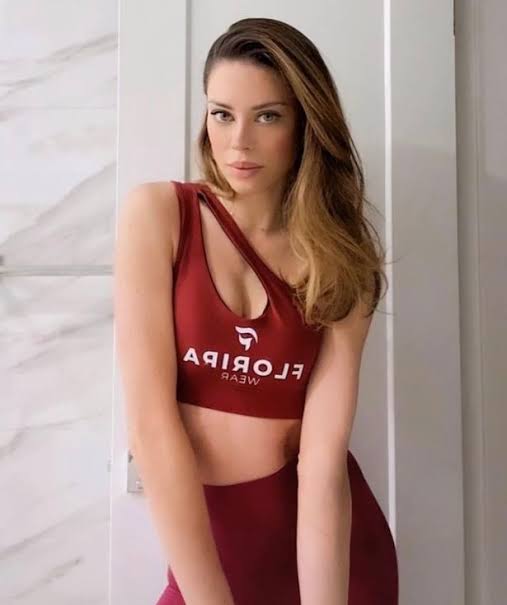 The certified dietician further added, “Due to the high demand for health coaching, I have expanded my private practice to online health coaching – with a dynamic, brand new effective and successful at your fingers approach.”

According to Alina’s LinkedIn profile, she graduated from Montclair State University with a bachelor’s degree in Dietetics and Clinical Nutrition Services. During her college days, she was vice president of the college’s dietetics organization. In addition to this, she also served as a writer for Montclarion Newspaper while she attended the university.

Back in the day, De Almeida worked as a nutrition assistant at Chilton Memorial Hospital for a total of two years. As per her LinkedIn page, she can fluently speak three languages and they are as follows: Portuguese, French, and Spanish. 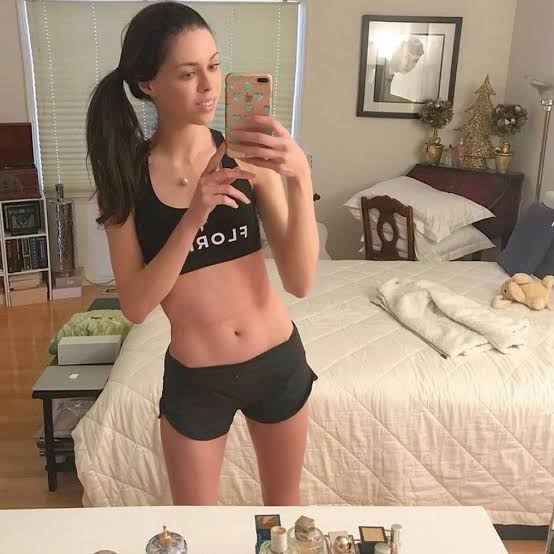 The answer to the above question is a big yes. Alina De Almeida has a profile on the social media platform Instagram and let us tell you she is pretty active on Instagram.

As of right now, the registered dietician has a good fan following on the social networking platform Instagram. At this point in time, she has more than 135k followers on Instagram. So far, she has 373 posts on her Instagram feed.

When we scrolled through the Instagram feed of the 34-year-old dietician, we found a couple of stunning photos of her in workout ensembles, several facts about fasting and ways to lose weight, a few pictures of delicious dishes, and some snaps of her from her trips all over the world.

It has been reported by Page Six, that John and Alina met each other for the first time last summer. The two of them have been going pretty strong since then. As per various reports,  the new couple is currently living together in John’s swanky Fifth Avenue apartment in Olympic Tower.

John Paulson and his new girlfriend have an age gap of a total of 32 years. At the moment, the business mogul is 66 years old, on the other hand, his dietician girlfriend is 34 years old. 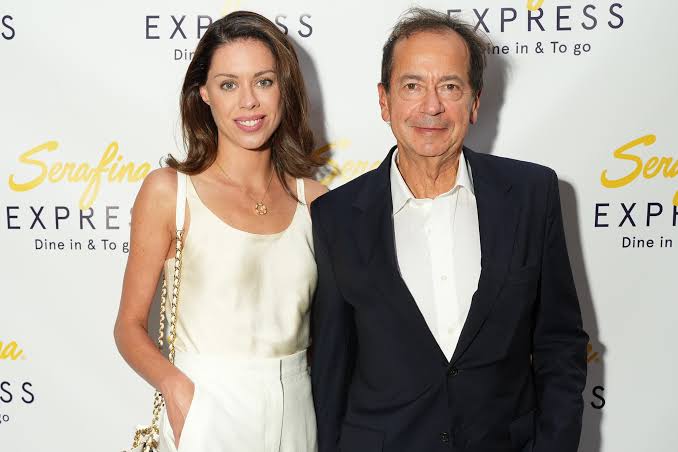 When did John Paulson file for divorce from his wife Jenny Paulson?

Last year, in September, Page Six reported that Hedge funder John Paulson and his wife Jenny Paulson have pulled the plug on their marriage after 21 years together. At that time, the media outlet stated that Paul and Jenny who tied the knot in the year 2000 have decided to end their marriage. The two of them headed in the direction of divorce in 2021.

At that point, close sources told Page Six, John and his wife Jenny don’t have a prenuptial agreement. The Paulson & Co. founder who made $20 billion shorting the housing market before the 2008 crash cited the usual “irreconcilable differences” as the reason behind the separation of the pair. He filed the divorce papers in Suffolk County. 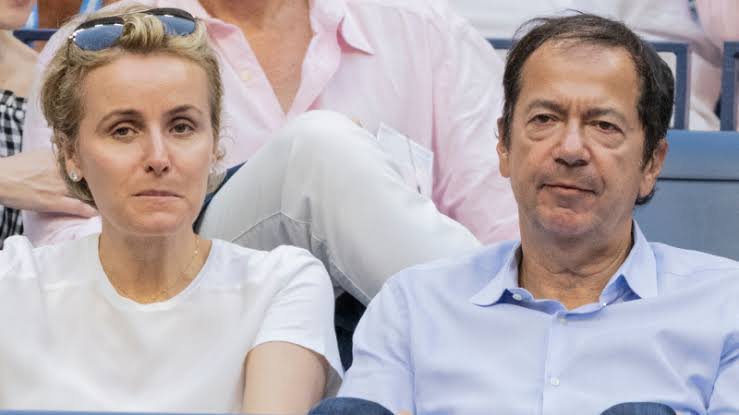 In October, Paul withdrew the case as he thought the pair could reach a settlement in private but later on re-filed it. Then, an insider went on to say, “There’s no prenup, and John gathered most of his fortune during their marriage, so this is going to be an epic, wildly expensive divorce.”

According to the Bloomberg Billionaires Index, the estimated net worth of the businessman John Paulson is a whopping $4.6 billion. The sources have stated that the estranged couple that shares two daughters Giselle and Danielle had grown apart over time and “been living different lives in the last 15 years.”

The Paulsons are the owners of a massive 28,500-square-foot Upper East Side townhouse on East 86th Street, which they purchased for $14.7 million in the year 2004. Along with this, they also have an estate in Southampton they purchased for $41 million in 2008 and a home in Aspen they bought for $24.5 million in 2010. It seems like John Paulson and his wife Jenny’s divorce will be one of the most expensive splits of all time. 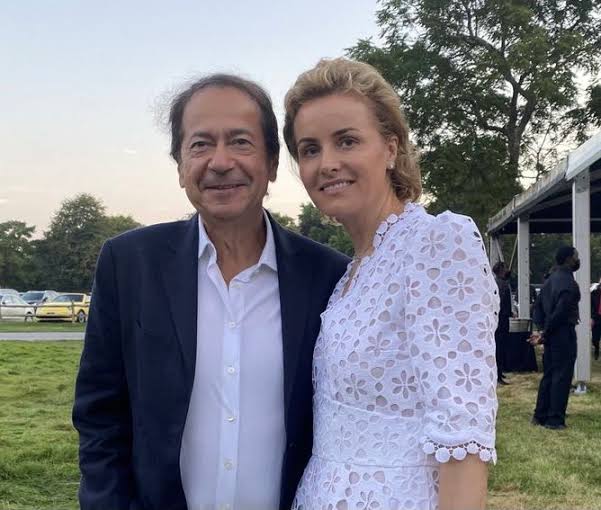 Yes, you read that right. Earlier this year, in May, Page Six reported that Paul and Jenny’s divorce battle turned nasty turn after she turned down a whopping settlement offer said to be worth billions.

The media outlet went on to say that Jenny has terminated all the private settlement discussions and decided to head back to court to fight her estranged husband Paul and get a hold of more money as well as real estate property.

In an earlier interview with Page Six, John Paulson stated that he was committed to settling amicably. At that point, he told the media outlet, “I have been trying to meet in person with Jenny and her lawyers to discuss a settlement for the last eight months. She has rejected all offers of arbitration or mediation.” 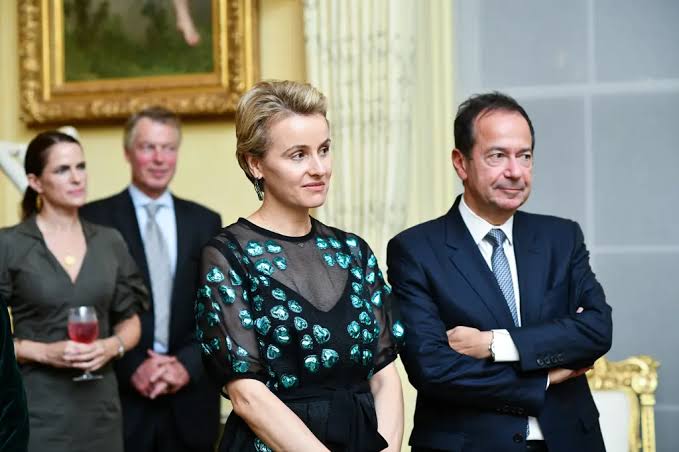 Do you think John Paulson and his wife Jenny were not a match made in heaven?  Kindly let us know your thoughts on the pair in the comments section below. Don’t forget to stay tuned with us for the latest updates from the world of showbiz.