It seems like Chris Evans has a new woman in his life! And let us tell you it’s not the Lose You To Love Me singer Selena Gomez. The Gray Man actor is rumored to be dating Portuguese actress Alba Baptista.

This can be the start of a new love story in Hollywood. Continue reading further to know more about the rumored love interest of the Marvel star.

When did the romance rumors of Chris and Alba start?

The dating rumors of Chris Evans and Alba Baptista began swirling in the air after Chris followed the Warrior Nun actress in the fall of 2020 on the social media platform Instagram. She followed him back in June 2021.

From there on, the eagle-eyed fans noticed that Alba also followed Evans’ brother Scott Evans. Around the same time, the two of them even liked each other’s posts on Instagram. Chris fueled the romance rumors of the alleged pair when he visited Baptista’s hometown Lisbon at the start of this year. The fans assumed that something was going on between the two of them.

Around the same time, the air was also filled with rumors that Alba spent her New Year’s Eve in Los Angeles which is exactly where Chris resides. As per various reports, the duo met each other for the first time in the summer of 2021 while filming their projects in Europe.

As of now, neither Chris nor Alba has made any official comment on the dating rumors that have been going around in the circles for a while now. So the Chris-Alba love story is just a fan theory till now.

Here’s everything you need to know about Alba Baptista

For those of you who are unaware, let us tell you just like Chris Evans, Alba Baptista is well versed with the world of name and fame. She is a Portuguese actress by profession. She was born on July 10, 1997, in Lisbon, Portugal.

Alba’s mother Elsa Baptista hails from Portuguese, on the other hand, her father Luiz Baptista belongs to Brazil. The two of them crossed paths for the first time when Alba’s mom was working as a translator in Brazil. As per her dad’s Facebook account, he is a site manager at Siemens AG. He graduated with a degree in engineering. 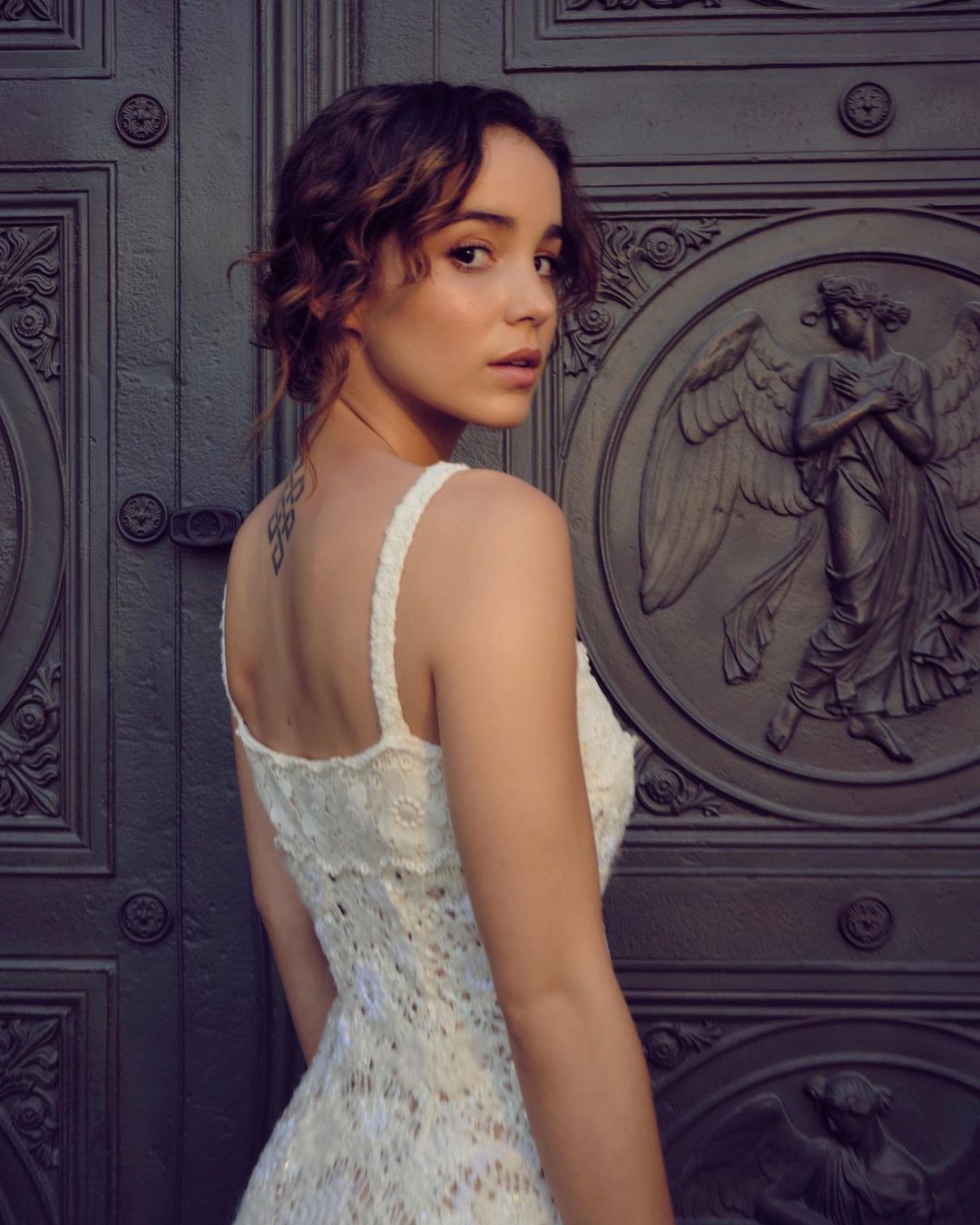 Along with her native language Portuguese, the 25-year-old stunning actress is fluent in many languages including English, Spanish, French, and German. That’s pretty great, isn’t it?  At the moment, she lives in Portugal that’s where her heart belongs.

When did Alba step into the world of acting?

Baptista started acting at the young age of 16. She made her debut with Simão Cayatte’s short film Miami. She played the lead role in the short film. For her brilliant performance in the short, she also bagged the Best Actress Award at the Festival Ibérico de Ciné.

Over the next couple of years, Alba worked in many Portuguese films such as Caminhos Magnétykos, Equinócio, and Patrick, as well as the TV shows Jardins Proibidos, A Impostora, A Criação, and Jogo Duplo. She worked hard and carved a path for herself in the entertainment industry. 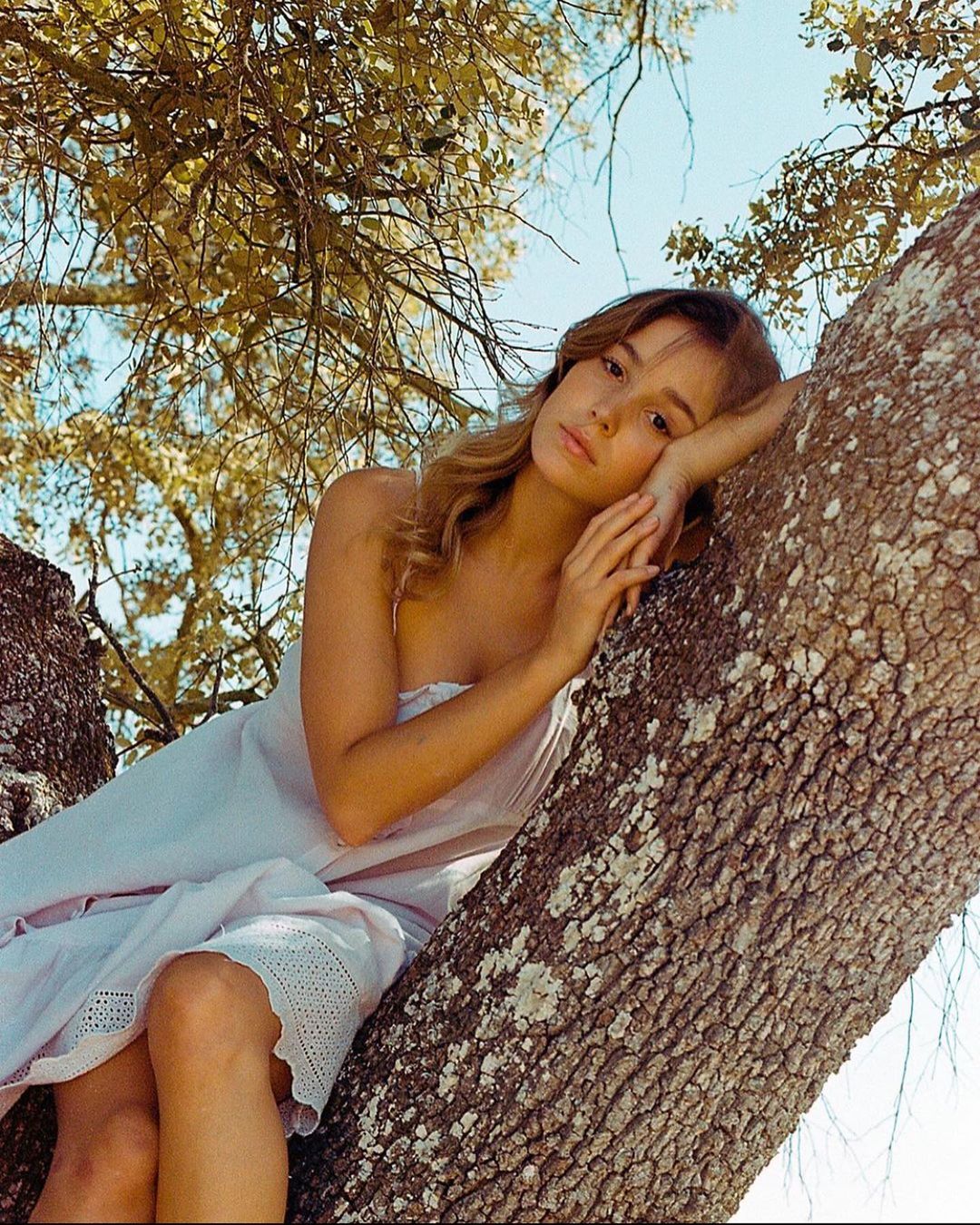 The turning point in Baptista’s career came when she starred in Netflix’s hit series Warrior Nun. The show is based on the comic book character Warrior Nun Areala. She essayed the role of Ava Silva, a quadriplegic orphan who figures out that she has some supernatural powers which force her to join an ancient order of warrior nuns in the fantasy drama. 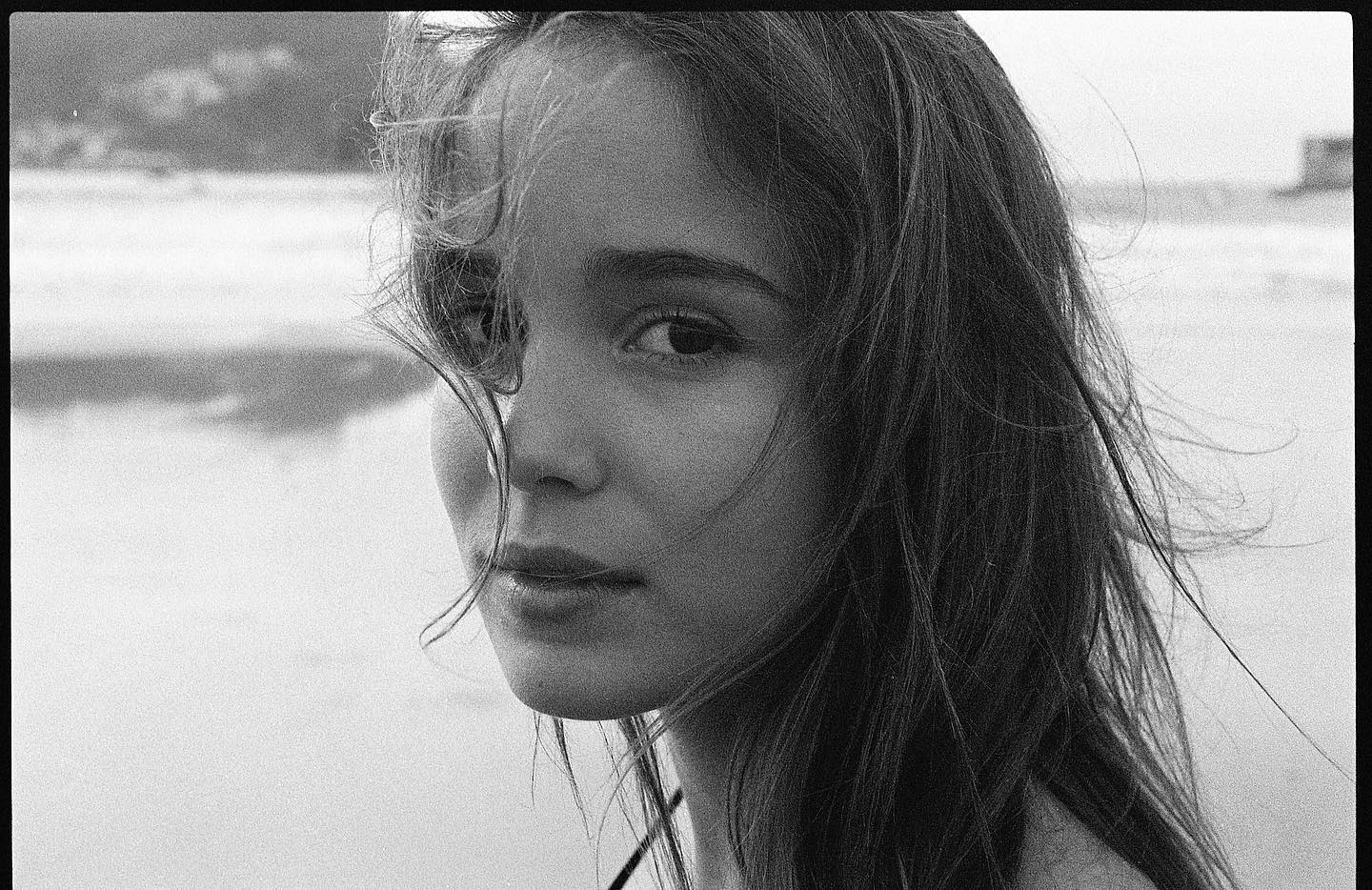 The Warrior Nun was Alba’s first English-language debut in acting. The series saw the light of the day on the streaming giant on July 2, 2020. When we talk about season 2 of the series, it was filmed in the fall of 2021 in Spain which is the place where Evans might have met Alba.

In March of 2020, Baptista took to her Instagram to express how grateful she was after she got the part in Warrior Nun. She wrote, “I’m bursting of GRATITUDE for this opening of a new chapter. An endless Thank you to Theresa Peters and Houston Costa for believing in me. Needless to say that none of this would be a reality without the great Richard Cook and Steve Cash, who wouldn’t be in my life if not for the forever loyal Carla Quelhas.”

Yes, you heard it right. The Summerfest actress is quite active on the social media platform Instagram. At this point in time, she has 172 posts on her Instagram feed and she boasts a fanbase of 411k followers.

Let us remind you one of her many followers is the Playing It Cool star, Chris Evans. How cool it would be to have Chris Evans on your followers’ list? Her Instagram bio contains the emoji for the ring-shaped planet that is Saturn. 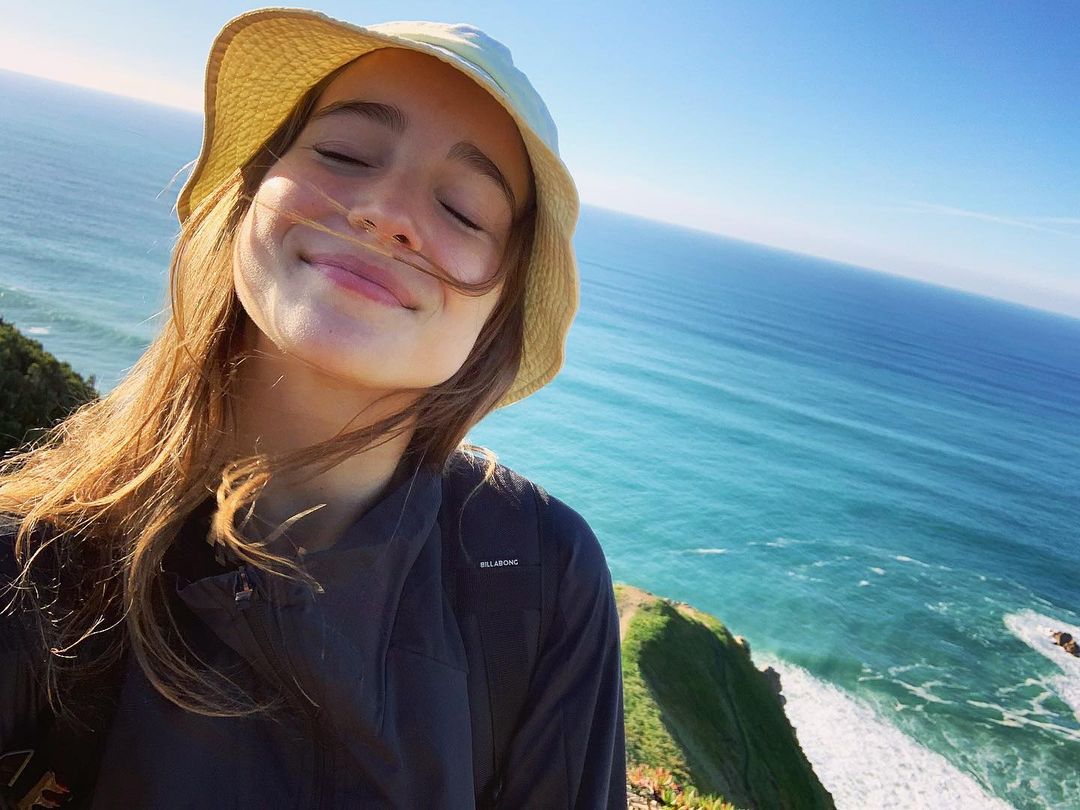 When we scrolled through the Instagram feed of the Mrs. Harris Goes to Paris actress we found some stunning pictures of her from her trips all over the world, some snaps with her close friends, and many photographs from her professional photoshoots.

What’s next in store for Alba Baptista?

Alba will be next seen in a movie called Mrs. Harris Goes to Paris. Her upcoming film is a historical comedy-drama film directed and produced by Anthony Fabian. The forthcoming movie will be the third adaptation of the 1958 novel Mrs. ‘Arris Goes to Paris by Paul Gallico. 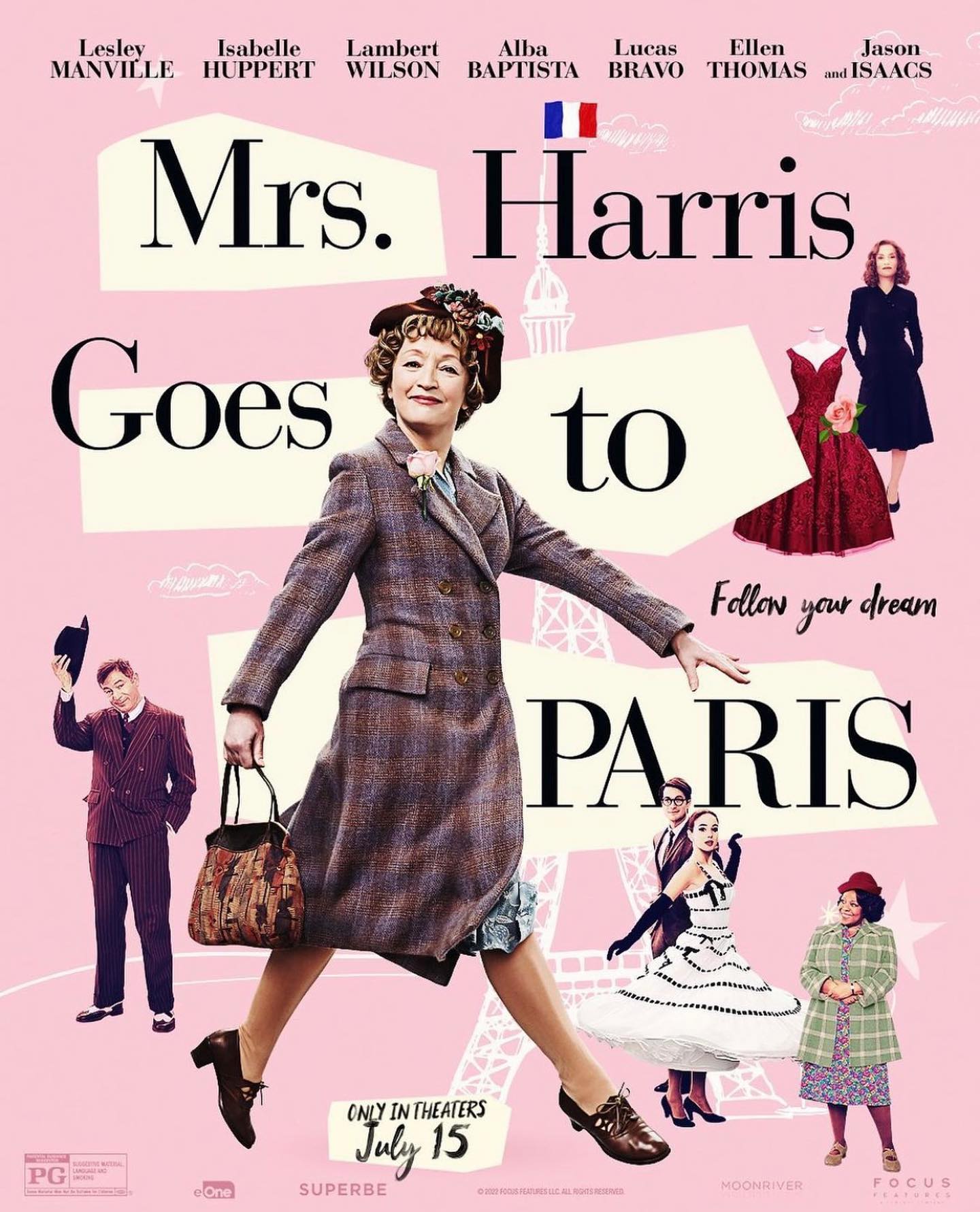 Do you ship Alba Baptista and Chris Evans as a couple? Kindly let us know your thoughts on the pair in the comments section below. Don’t forget to stay tuned with us for the latest updates from the world of showbiz.