Whitney Houston’s biopic I Wanna Dance With Somebody just hit the theaters on December 23, 2022. The latest movie revolves around the life of the legendary singer and actress Whitney Houston including the ups and downs of her music career as well as her personal life. 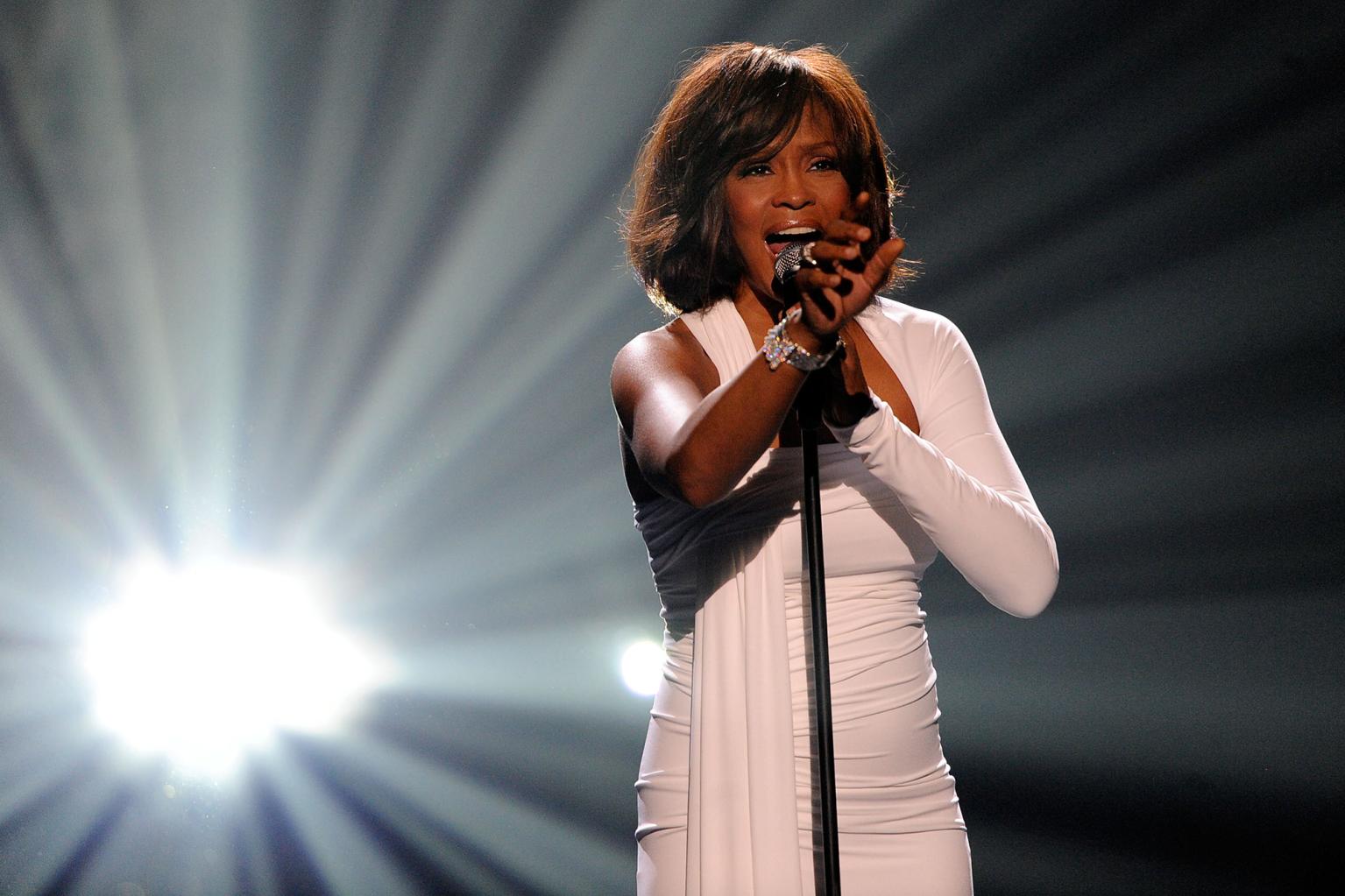 Since the time of its release, the movie has received mixed feedback from the side of viewers as well as critics. Continue reading further to catch more insights about Whitney Houston’s life including her sexuality.

Throughout her life, Whitney Houston managed to win the love and support of her fans. When we talk about her love life, it was a topic of discussion for the people. She was well-known for her complex relationship with fellow singer Bobby Brown.

In his new book, Didn’t We Almost Have It All: In Defense of Whitney Houston, author Gerrick Kennedy stated that Whitney Houston possessed a deep, dark secret: she was a closeted lesbian. According to a report by New York Post, the I Will Always Love You singer hid her sexuality from the public until the time of her death which took place in the year 2012 as she felt immense pressure to conform to her strict religious upbringing and the norms of the time.

The author mentioned, “Because her music didn’t fit squarely in the boxes expected of a Black girl making music in the ’80s, she was seen as not Black enough. She was ridiculed. Brandished ‘Whitey’ — and endured endless speculation on her sexuality.”

Whitney Houston was born on August 9, 1963, in Newark, New Jersey. Her mom, Emily “Cissy” Houston was a part of the gospel singing group The Drinkard Singers. Back in the day, Cissy was a star in her own right.

On the other hand, Houston’s father John Russell Houston Jr., was an ex-Army serviceman, a Newark city administrator who worked for then-Newark mayor Kenneth A. Gibson. Her elder brother Michael was a songwriter, meanwhile, her elder-half brother Gary Houston was a former basketball player and singer. It has been reported by the media outlet, that even while growing up as a little girl Whitney felt different. She was a tomboy and bristled at wearing the frilly clothes and hair ribbons chosen by her mother. Just like her elder brothers, she opted to wear jeans, t-shirts, and running track.

At that point, all three kids floated in the homes of relatives when their parents were busy and Cissy was on the road. Soon after, Whitney was entangled in Cissy’s all-consuming desire to push her into the singing business.

Kennedy penned, “Cissy knew Whitney was destined for greatness and she could get her there. She rode her hard at church and encouraged her little girl to sing along to the records she and Aretha made. She didn’t take no shit.” Cissy’s solo career didn’t flourish, even though she was in high demand as a backup singer. Paving a path for yourself in the recording industry is not a piece of cake. She worked out as a backup singer for top musicians like Elvis Presley, and Aretha Franklin, the Queen of Soul.

Whitney’s cousin, chart-topping R&B singer Dionne Warwick, also motivated the young girl to discover her singing. Around the same time, Houston was exploring her own identity.

Was Whitney Houston in a relationship with Robyn Crawford?

In the summer of 1980, Whitney who was only 17 years old was introduced to a stunning, slender 19-year-old, Robyn Crawford when the two of them were working as youth counselors at the East Orange Community Center in New Jersey.

In his book, Kennedy went on to spill the beans on Whitney and Robyn’s romance and went on to say, “It was a bond that formed almost immediately, and they were inseparable that summer. If you saw one, you saw the other.” At that point, Robyn became Whitney’s close friend, confidante, and companion apart from her brothers. She had Whitney’s back and was “unyieldingly loyal.” With Crawford, Houston could be the tomboy who preferred smoking Newports, getting high, and cursing.

In Robyn’s 2019 memoir named, A Song for You: My Life With Whitney Houston, she went on to claim that the two of them were more than friends. In the book, she described the pair’s first kiss as “long and warm like honey.” She added, “As we eased out of it, our eyes locked, my nerves shot up, and my heart beat furiously.”

In her memoir, Crawford wrote, “We were lovers. We were everything to each other. We weren’t falling in love. We just were. We had each other. We were one: That’s how it felt. We never talked labels, like lesbian or gay. We just lived our lives, and I hoped it could go on that way forever.” Kennedy went on to say, “They were partners in a traditional sense but never had a real conversation about labels — lesbian, gay, bisexual, girlfriend.” Whitney and Robyn were often seen together at various events.

It has been stated that when the talk of their romance reached Cissy’s ear, she tried her best to control the situation and keep the two from even walking next to each other in public.

At that time, the church and the record industry were both homophobic. Houston knew that her affair with Robyn had to end when Clive Davis offered her a record deal. In his book, Kennedy stated that Whitney told Robyn, “You know how I feel about you and we will always have that.” The duo’s physical relationship came to an end in 1982 when Whitney began focusing on her music career. Later on, Houston dated Jermaine Jackson, who is also mentioned in the film. She married Bobby Brown in 1992 and they got divorced in 2007.

When did Whitney Houston release her debut album?

For those of you who are unaware, let us share with you, Whitney dropped her debut album Whitney Houston on the occasion of Valentine’s Day in the year 1985. At that time, her album was a big hit and it received good feedback from the side of fans as well as critics.

Houston’s love affair with Robyn ended over the summer it began but Whitney made her an executive assistant — “a role that expanded over time.” Her role did nothing to shut down the rumors swirling in the air.

Around that time, when the You Give Good Love singer wanted to fly Robyn out to join her at a black radio convention in 1985, radio DJs and media outlets got to know about it and the chatter went all around. All of them wanted to know, “Was she gay?”

In his book, Kennedy wrote, “The public concluded that Whitney was a closet lesbian and she and Robyn were star-crossed lovers doomed by the oppression of society and Whitney’s religious family.”

What did Whitney Houston have to say about Robyn Crawford?

During an earlier interview with the Washington Post, the I Wanna Dance With Somebody hitmaker was asked about the nature of her friendship with Robyn. At that time, Whitney snapped, “She is now my employee but we’re still the best of friends.”

Soon after Whitney moved on in her life with Bobby Brown, a singer from the projects of Roxbury, Mass., who liked the funk of James Brown and Earth, Wind and Fire, and formed a group called New Edition. The pair tied the knot in the year 1992. Kennedy added, “White America looked at Whitney and Bobby and saw a pop princess and an R&B thug…The princess and the frog, that’s how we talked about their relationship. That’s the image that lingered for the entirety of their 15-year marriage.”

Nearly 4 years after her marriage to Bobby Brown, Katie Couric asked Whitney Houston about Robyn Crawford and the gay rumors once again. This time, she responded awkwardly.

Then, Whitney talked about Crawford and said, “This wasn’t her world. I brought her into this madness. She goes, ‘Why am I the target? What did I do?’ I said, ‘You’re my friend…You play basketball. They think you’re a man.’” Houston went on to say, “She’s a damn good basketball player. She can beat any guy there is. I love it.” For almost 15 years, Robyn stayed close by as Whitney’s executive assistant and friend.

Unfortunately, Whitney passed away on February 11, 2012, at the age of 48. She was found face down in a water-filled bathtub at the Beverly Hilton Hotel. A forensic toxicologist stated that she was “acutely intoxicated from cocaine.”

Did you like Whitney Houston’s biopic I Wanna Dance With Somebody? Kindly let us know your thoughts in the comments section below. Don’t forget to stay tuned with us for the latest updates from the world of showbiz.