Vin Diesel just celebrated his dad’s 88 birthday with a beautiful snap. Not long ago, the Fast & Furious star posted a cute snap of his father on the social media platform Instagram.

In the picture shared by the Hollywood actor, his father Irving Vincent can be seen in a fancy golden birthday cap with one of his grandkids. Continue reading further to see Vin’s heartfelt birthday wish for his dad. 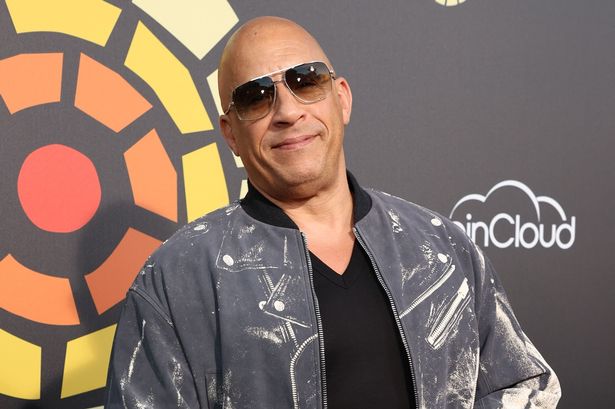 Vin Diesel celebrated his dad’s birthday with a sweet snap

On Monday, The Fate of the Furious star took to his Instagram page to wish his dad Irving Vincent a very happy birthday. He posted a cute snap of his father with his daughter Pauline Sinclair on the social media platform Instagram.

“Happy 88th birthday to my first inspiration… my dad. All love, Always,” Diesel captioned the sweet picture of his father Irving Vincent, and his daughter Pauline Sinclair.

In the picture posted by Billy Lynn’s Long Halftime Walk star, his father Irving Vincent can be seen smiling with a shiny golden birthday cap on his head that reads, “It’s My Birthday.” On the other hand, Vin’s daughter Pauline Sinclair can be spotted hugging her grandfather.

How many kids does Vin Diesel have?

For those of you who are unaware, let us share with you, Mark Sinclair popularly known as Vin Diesel has been in a long-term relationship with Mexican model Paloma Jiménez since the year 2007. The actor and the model are proud parents of three.

Vin and his longtime partner Paloma welcomed their first child together, daughter Hania Riley “Similce” Sinclair in April 2008. At the moment, she is 14 years old. She is often called “Similce” or “Alpha Angel” by her starlet dad. She made her acting debut in 2019 with Fast & Furious Spy Racers, an animated series about a group of teens who infiltrate an elite racing league, executive produced by her dad. The couple’s second child, son Vincent Sinclair joined them earthside in the year 2010. Right now, he is 12 years old. He made his acting debut with the 2021 movie F9, the ninth installment of the Fast and the Furious franchise.

Paloma and Vin’s youngest child, daughter Pauline Sinclair was born in March 2015. Currently, she is 7 years old. Diesel named his daughter after his late co-star Paul who passed away in November 2013 in a car accident.

We wish Vin Diesel’s father a very happy birthday. Wishing him good health and happiness. You can drop your best wishes for the Hollywood actor’s dad in the comments section below. Don’t forget to stay tuned with us for the latest updates from the world of showbiz.