MCU and its superheroes have evolved over the years after Iron Man’s introduction in the first Iron Man movie, and so do those superhero costumes as well. Just like comics, Marvel movies prefer to change the costumes of their superheroes in each film as well. It helps not only give a freshness to the character but also some new look to their action figure and online RPG games kinds of stuff and marketing.

Superheroes’ looks and costumes change with self-realization or with unlocking new powers or abilities. For non-superpowered superheroes, it becomes available when they upgrade their suit or something like that.

As Marvel has now reached Phase V this year, we are going to present the 10 best costumes in the Marvel Cinematic Universe. Many may disagree with the list, but they are mentioned later. We have also excluded supervillains and the animated characters from the What If…? Disney+ series.

It will be a sin if we do not mention the superhero costume that kickstarted the Marvel Cinematic Universe. Tony Stark built this armor in a cave with just spare parts and limited resources. He used this suit to escape from the terrorists who held him kidnapped.

The suit was not very special as its primary function is just flame-throwing. It also can launch one missile and can fly in the air for a few minutes. But the significance of the suit in the MCU history is quite high. 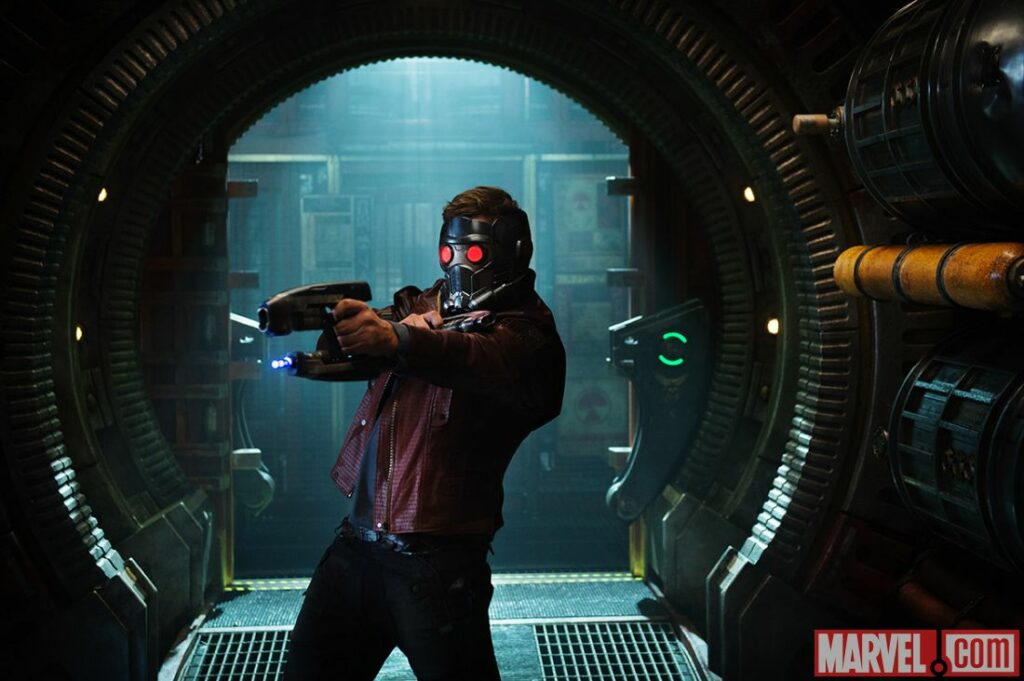 Peter Quill, aka Star-Lord, was not a big name before his MCU debut in the Guardians of the Galaxy. Even though his look does not match that much with the comic book version, his MCU appearance influenced the creators to change the comics’ look due to his huge popularity.

Star-Lord’s MCU look is quite campy just like his immature personality. His multi tasking cool looking high-tech helmet makes him the most stylish space pirate with red leather jackets. His looks clearly resemble a classic cowboy look. But the upcoming film Guardians of the Galaxy Vol.3 has gone back to its original comic-accurate look, as the trailer has teased already. 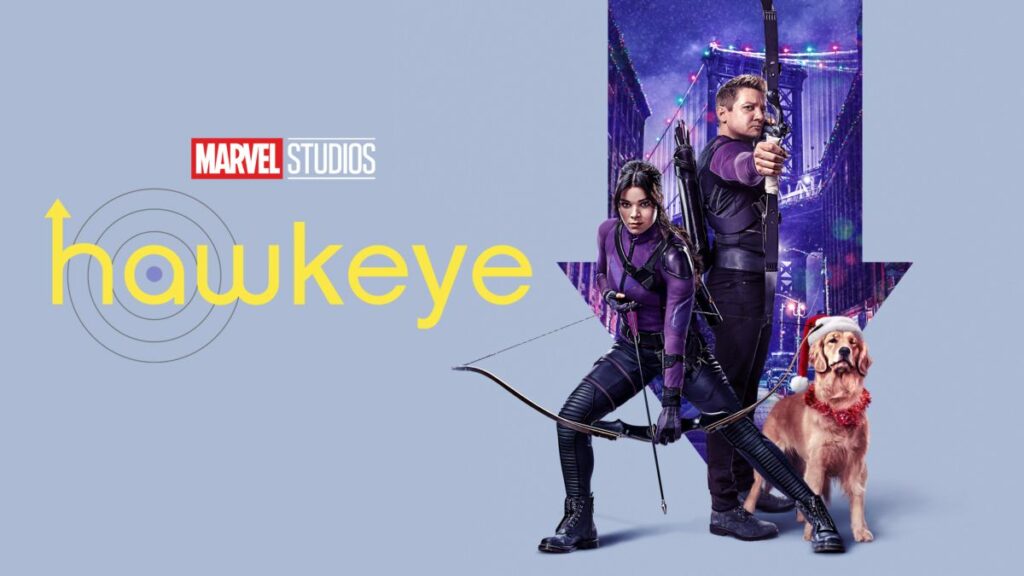 Despite being one of the founding members of the Avengers, Jeremy Renner’s Hawkeye always appeared in team-up films. He did shift to Ronin’s persona during the post-Infinity war era. But later, Natasha aka Black Widow helped her to return to his old self.

From the very beginning, fans complained about not showing Hawkeye’s purple suit. But Marvel paid attention to their fans when Hawkeye got his solo Disney+ series. In that particular series, Renner wore a Hawkeye costume that had purple designs like the modern comic book version. We also got to see the classic costume of Hawkeye, but Renner did not wear himself.

7. Professor X in Multiverse of Madness Fox Studios have introduced different versions of Professor X over the years. But none of them are as accurate as the single version of MCU’s. Patrick Stewart came out of his retirement from the mutant professor role and reprised his portrayal again in Doctor Strange: Multiverse of Madness.

The character only appeared for a brief moment. But Patrick Stewart stole the show even in his short cameo. His look resembled very much the 1990s TV show “X-Men: The Animated Series” version of Professor X. He was wearing not only the classic green suit but also was moving around in an enormous yellow wheelchair from the animated show.

6. Scarlet Witch in WandaVision and Doctor Strange in the Multiverse of Madness MCU has presented Wanda Maximoff, aka Scarlet Witch, in a different manner. Elizabeth Olsen made her debut as Wanda in Avengers: Age of Ultron. Even though she did not appear in his classic look, her costume has always been red. She did not have any permanent costume until her own solo series.

In WandaVision, Wanda received the title of “Scarlet Witch”. In that series, she also manifested her new outfit from chaos magic which was very similar to the comic book outfit. Fans got to see Wanda’s extended version of her comic similar suit in Doctor Strange in the Multiverse of Madness. Right now, her future in the MCU is still unknown.

There is almost no variation in Hulk’s costume before Avengers: Endgame. But fans always expect from the green monstrous superhero, as MCU has represented him as very weak. Among different versions of Hulk, the World War Hulk is one of the most popular in the comics.

But fans’ dreams came true when Taika Waititi introduced a funky-looking gladiator Hulk which was very similar to the World War Hulk in comics. He had partial metal armor with a metal gladiator helmet on his head, and his strength was even more than the usual Hulk of the MCU. But that was the last time when audiences saw the usual version of Hulk before introducing Professor Hulk. Chadwick Boseman’s Black Panther has left a heavy influence on popular culture. Though he appeared first time in his Black Panther suit in Captain America: Civil War, his solo film was the main reason he made it into this list.

MCU kept a similar look to the modern comic book costume without a cape with few significant updates. His costume look with purple energy blended so well that fans can easily connect with King T’Challa’s larger-than-life persona. His Vibranium suit absorbs his enemies’ energy and uses it against them by creating shock waves with those purple pulses. Sadly, with Chadwick Boseman’s shock demise, we cannot see his version of Black Panther anymore on the screen. Chris Evans first appeared as Captain America in Captain America: The First Avenger which was the superhero’s origin story. In that film, the fans got to see World War II and how Captain America fought for America and saved his country in that fictional world. Captain America has a rich history in the comics and played a major part in making Marvel Comics popular among readers.

This armor was the eighty-fifth Iron Man suit of Tony Stark. This was also the last suit in his arsenal before his death in the Avengers: Endgame film. He was one avenger who used his wealth for the other Avengers to stay well financially.

Tony Stark always learned from his mistakes and his Iron Man suits represent that part of his personality. This final suit had different attributes and capabilities which make it the strongest Iron Man suit. The suit even absorbed the power of the Infinity gems. The suit was very similar to the classic golden and red Iron Man suit from the comics and the first film. It comes with nanotechnology and even absorbed Thor’s Stormbreaker energy to blast off Thanos.

This year’s Werewolf By Night has been the greatest experiment of the Marvel Cinematic Universe to introduce supernatural creatures. The short film gained a lot of praise from both fans and critics. But introducing Man-Thing was the main thing for receiving such praise.

Man-Thing is one of the strongest characters in Marvel Comics. In the movie, his role was short but was a very vital one. The film came out in black and white cinematography, but the final few minutes were shown in a colored way. That was the moment people got to see Man-Thing prominently. The character may look like a CGI character but he was a combination of a practical suit, animatronics, and practical and CGI effects. Under the suit actor, Carey Jones provided the motion capture for Man-Thing. Variety called Man-Thing’s appearance as “MVP” of the show which made other minor characters forgettable.

Even though we have reached the final part of the list, many major characters missed out on the list. Worry not, we are mentioning them in this segment.

As expected the list may please some or may disappoint some. But we are also aware that Spider-Man and Thor are the biggest missouts on this list. Moon Knight is not able to make it into this list because of bad CGI. As Marvel Cinematic Universe is expanding, this list may become outdated in a few years. But the costumes leave an effect on the audience’s mind as comic book superheroes do on the reader’s mind.