If you think Tom Cruise has given us enough action in “Top Gun: Maverick”, we are surely wrong. At 60, Tom, who played Ethan Hunt in Mission: Impossible film series is astonishing everyone with his crazy plane stunt. Yes, the upcoming Mission Impossible movie’s plane stunt video has been leaked and Cruise’s plane stunt is as jaw-dropping as always. Racing Bike On A Plane Plank

The crew for Mission: Impossible 7 is scratching their heads as Tom Cruise’s plane stunt video from the movie got leaked and making a buzz all over social media. And guess what, it’s a very zoomed-out video of Tom in full action! The video surely makes us skip a heartbeat as Tom stands fearless on an airborne biplane, holding nothing but a rig.

The “Top Gun” star, could be seen talking into the camera as he gets filmed from another plane on the side. Tom speaks on the camera that he is filming the later Mission: Impossible film, and we all know he’s talking about “Dead Reckoning Part 2”. The movie is currently undergoing its filming stage, and the leaked video confirms that Tom is excited to bring it on the big screen soon.

The video, which has no traceable source yet, also includes director Christopher McQuarrie who interrupts him and says, “we’re losing daylight and need to keep shooting”. In the end, Tom concludes by saying, he’d see everyone at the movies. And the best moment comes when both planes nosedive as Tom continues to hang on the rig while standing.

Another Leaked Video! A Coincidence?

While the crazy plane video leaks from ‘Mission: Impossible 7’, I am less surprised because another video of Tom performing a stunt for the said movie leaked in 2020, and that too in the same month. Is that a mere coincidence? or someone is actually giving us glimpses.

As for the previous video, Tom was seen taking his deadly stunts to another level as he was seen riding a bike on a reaching plank set on the edge of the mountain. Well, we all know that he barely uses a stunt double for his action scenes. As the clip continues, you can see Tom jumping off the cliff and opening up the parachute mid-air. 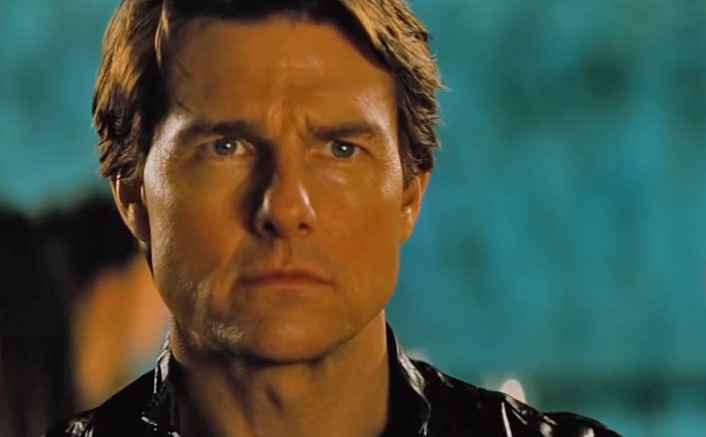 You must be aware as a Tom Cruise fan that it was announced in 2019 that the seventh and the eighth par of Mission: Impossible were in development. Interestingly, Christopher McQuarrie has made his return both as a writer and director for the two films. It is scheduled for release on July 14, 2023, after long delays due to the Covid-19 pandemic. Well, Tom is in great shape and has a lot to offer at 60. The star ain’t ageing at all, eh?

While Tom’s plane stunt video leaks, I have a feeling that someone has been dropping some sneak peeks from the production team. Well, Top Gun: Maverick has already been a feast for us, and we’re sure Mission: Impossible 7 has a lot more to offer. What do you think, it is a leak? or a deliberate attempt from someone in the production team?