Chris Hemsworth’s Thor: Love and Thunder continues to perform exceptionally well at the box office. According to various reports, Disney’s movie debuted at the $159 million mark in the international box office market and it has managed to bag $302 million in its kitty.

The Marvel fans never cease to shower their love and support on all the films of the Marvel Cinematic Universe. Continue reading further to learn more insights about the box office collection of Thor: Love and Thunder. 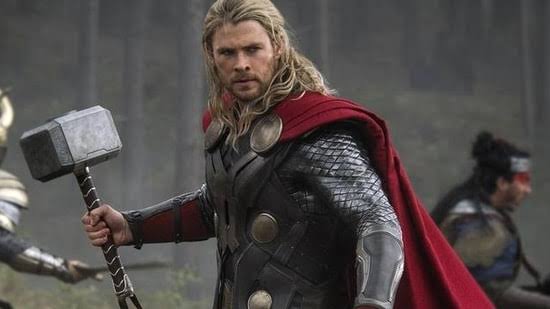 ‘Thor: Love and Thunder’ emerges as a winner at the box office

As per the reports of Deadline, Thor: Love and Thunder has achieved the milestone of the 11th best MCU debut of all time. Currently, Thor and the gang movie resides between 2017’s film Guardians of the Galaxy ($146.5 million) and 2010’s movie Iron Man 2 ($128.1 million).

Chris Hemsworth’s latest movie is ahead of Thor: Ragnarok by 19 percent, which dropped in the year 2017 with an opening north of $122.7 million. It has managed to become the third-highest three-day domestic opening of the year leaving behind Jurassic World Dominion and Doctor Strange In The Multiverse Of Madness. At the moment, the Taika Waititi-directed sequel is ruling over the hearts of the viewers. The fourth film of Thor’s MCU story got a pretty strong start at the box office with a $69.5 million gross on opening day which also consists of $29 million in Thursday previews.

What is the movie ‘Thor: Love and Thunder’ all about?

For those of you who are unversed, let us tell you about MCU’s film Thor: Love and Thunder is a sequel to Thor: Ragnarok (2017) and it is a part of phase 4 of the MCU. The movie has been directed by Taika Waititi and the script of the film has been penned down by him and Jennifer Kaytin Robinson.

The storyline of the film revolves around Thor as he tries to find his inner peace but he must get back in action and recruit Valkyrie (Tessa Thompson), Korg (Waititi), and Jane Foster (Natalie Portman) to stop Gorr the God Butcher (Bale) from eliminating all gods. When did ‘Thor: Love and Thunder’ release?

The fans of the Marvel Cinematic Universe were eagerly waiting for Thor: Love and Thunder to release. The movie premiered at the El Capitan Theatre in Hollywood on June 23, 2022, and it saw the light of the day in the United States on July 8, 2022.

As of now, the movie has garnered love and praise from the end of fans for its light-hearted nature and the stunning performances of the cast members.

Have you seen Chris Hemsworth’s Thor: Love and Thunder till now? If you have, then do let us know how you like it in the comments section below, and if you have not then what are you waiting for go watch it now in the theaters near you. Don’t forget to stay tuned with us for the latest updates from the world of showbiz.