The Man From Toronto is also known as a movie with a great soundtrack.

Although the beginning is a touch artificial, the second and third acts are full of excitement and adventure thanks to the charisma and energy that Harrelson and Hart bring to the movie.

What matters is that it made people laugh. In the opening scene, Woody was spooky. However, the character grew, and we got curious to know.

The soundtrack follows the suspense and adventure that the film experiences. And once again, Netflix movies did not let us down with their incredibly entertaining soundtracks. 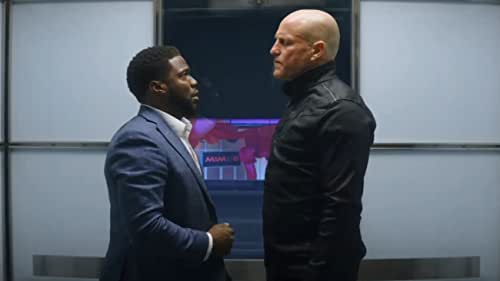 These films received a makeover that brought back their original level of interest. Are you looking forward to listening to the soundtrack below? If so, when rather than right away?

The Man From Toronto Soundtrack

Superman & Lois fans would recognize this song easily, as it got played in the 8th episode, by Sarah in the series. Most people may relate to this song because it describes being strong and how one feels sometimes.

It’s awesome how Yung can make good music while having fun without taking himself too seriously. We always love how he uses really old and classic beats and revitalizes them for his music.

Mike’s voice is so rich, that it makes you shiver every time. This song reminds you of the kind of stuff you may listen to on a road trip in the middle of nowhere while the sun is shining.

People always jump up and dance to this song, which never gets old. Even though the language of this song may not be your native, you can still feel the energy and groove of the lyrics.

Well, the song doesn’t have any lyrics. However, we must admit that it’s a pretty great song choice for relaxing your thoughts before bed and ensuring a restful night’s sleep.

No joke the ‘cling clang’ holds everything in this song together. Honestly, it’s hard to listen to the lyrics without subtitles, but the rhythm is so so addicting. The flow in the rap is pure ear-candy.

In the chorus, Zaryah’s shaky cam is very amazing. The combination of her voice and the backing singing is cool.

An excellent song from an excellent group. Naci Orishas is an example of what hip hop should be in Spanish.

The music videos for Gambizis and Dos Fours just keep getting better and better.

Although Chloe Jane is not well known and her songs are generally underappreciated. We are confident that her efforts and goddess voice will be recognized after her song is now used in this movie.

11. Be There By Sabrina Lee

Views of this song should skyrocket. Thanks to her incredible talent, this girl is undoubtedly going places.

This entire EP is so unbelievably peaceful. We adore the black and white filming and vintage movie effects.

13. Before Grey By Extended

Once more, there is no singer or performer for the song. But the guitar and piano are still played nicely.

This masterwork was used in episodes 7 and 4 of the television series High Maintenance.

15. Joker And The Thief By Wolfmother

In this song, we can hear classic supergroup sound in the heavy organ chord progression and changes. Along with hard rock drums and the edgy guitar and vocals so popular with the punk and jackass generations. This song refuses to get old, one of the most modern bands.

What are your thoughts on the music? Are these songs a good fit for this movie, in your opinion? Don’t forget to let us know in the comments section below.