Recently, late night show host James Corden’s message prank with Leonardo DiCaprio was shared on the official Instagram page of ‘The Late Late Show’. At that time, he texted the Once Upon a Time in Hollywood star Leonardo DiCaprio from Jennifer Lopez’s mobile phone. We must say that was a great prank. 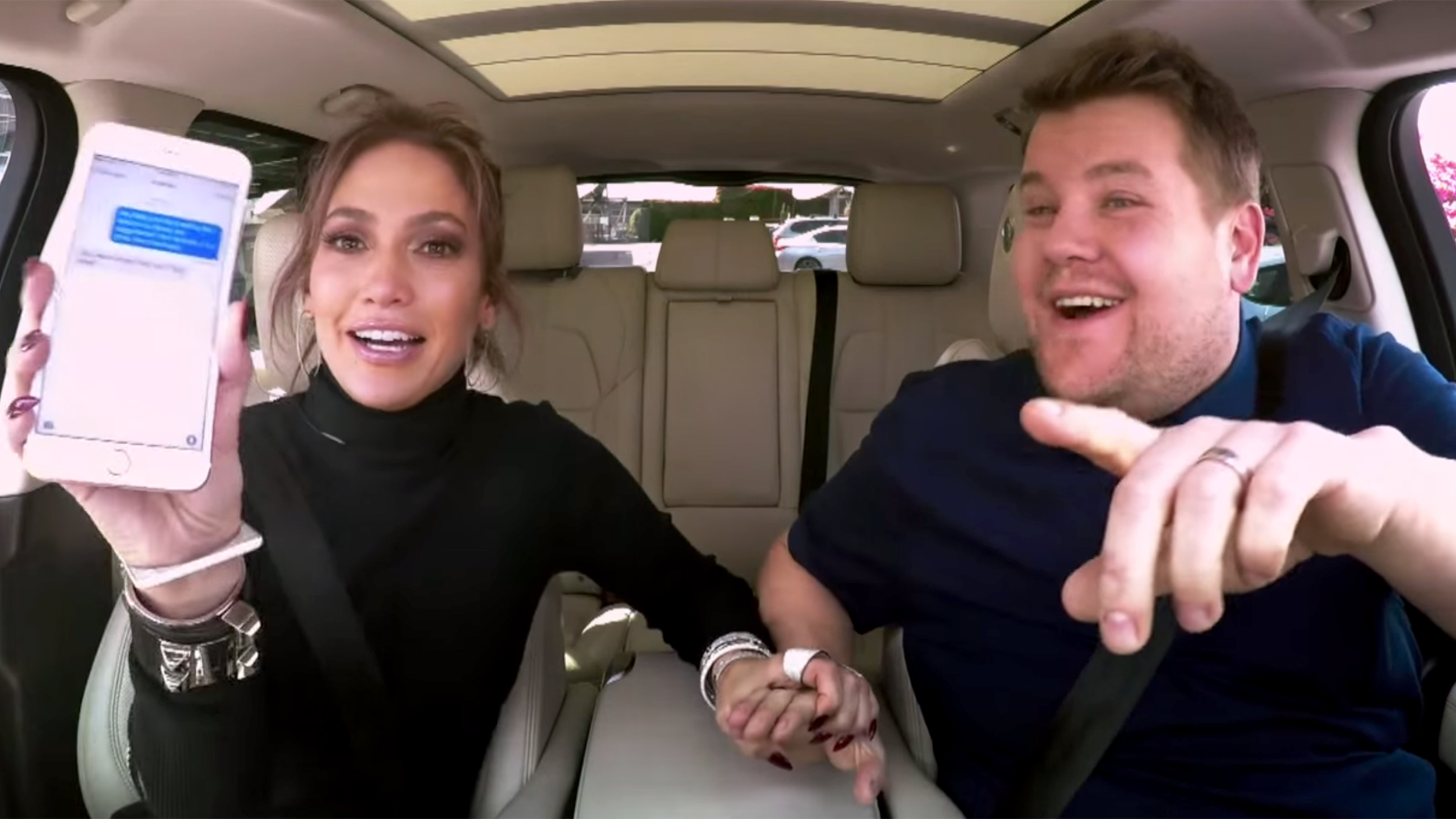 To date, James Corden’s Late Late Show’s “Carpool Karaoke” with Jennifer Lopez, remains one of the best episodes. During the episode, after singing a few tracks like Jenny From The Block, Booty, James asked JLo who was the most famous person she has on her phone and that was the moment when things got entertaining.

Lopez’s contact list consisted of the names of many Hollywood biggies such as Demi Lovato, Chris Brown, Bradley Cooper, and Dwayne “The Rock” Johnson but James’ excitement shot up to the sky when he learned that Manchester United superstar Cristiano Ronaldo’s name was also there in the list.

Corden couldn’t believe that and he pulled the car into a parking lot and grabbed Lopez’s phone to see for himself. During the carpool karaoke, he said, “Oh my God – hang on, I’ve got to pull in. This is the best phone I’ve ever seen in my life. This is insane. Fergie, Iggy Azalea.”

What did James Corden text Leonardo DiCaprio by Jennifer’s phone?

At that time, James decided to drop a personal text to one celebrity of his choice. He picked none other than Leonardo DiCaprio. He started typing the message and wrote, “Hey Leo.”

Soon afterward, Jennifer interrupted James and told him that she would never begin the message with ‘Hey, Leo’ and after much contemplation, he drafted a message that read, “Hey baby, I’m kind of feeling like I need to cut loose. Any suggestions? Let me know. J.Lo, you know, from the block.” The If You Had My Love singer said, “I’m not going to let you send that!” while laughing but it was too late as James had already pressed the send button, and off it went to Leonardo DiCaprio.

What was Leonardo’s reaction to the text message?

By the time, Jennifer and James had wrapped up the carpool karaoke, Leonardo replied to the text message. At that time, Lopez said, “He wrote back!” but James couldn’t believe it and further added, “No way. No, he did not!”

When we talk about Leonardo’s response to the message, he didn’t disappoint the fans. Lopez read the message that DiCaprio sent. JLo said, “He said: ‘You mean tonight, boo boo? Club-wise?’” Shortly soon, James burst into laughter and Lopez went on to say, “See, here’s the funny part is that he actually thinks I’m serious!” Corden added, “I love that he wants you to cut loose. This guy is the best.”

Did you like James Corden’s message prank? Kindly let us know your thoughts in the comments section below. Don’t forget to stay tuned with us for the latest updates from the world of showbiz.