Garrett Yrigoyen has given the final rose to Alex Farrar! The Bachelorette star Garett Yrigoyen shared the piece of good news of his engagement to his ladylove Alex Farrar on the social media platform Instagram.

We are super happy for Garrett as he has found the woman of his dreams. He proposed to his girlfriend after two years of dating. Continue reading further to catch sight of the gorgeous pictures of the couple from their dreamy proposal. Garrett Yrigoyen and his girlfriend Alex Farrar are engaged

On Sunday, Garrett took to his Instagram to share the exciting news of his engagement to his girlfriend Alex Farrar with his fans all over the world. He posted a series of stunning pictures from the pair’s proposal on the social media platform Instagram.

“Our engagement was exactly how I imagined it. I love you so much Alexandra. I can’t wait to spend forever with you lil Al 💍❤️🤍💙,” he wrote alongside the slideshow of photos. He also added two hashtags “#engaged” and “#shellyeah” in the caption of the post.

Garrett went down on one knee to propose to his ladylove Alex during a romantic boat ride in San Diego, California. The pictures showed Yrigoyen and Alex beaming with joy and happiness.

Alex also dropped pictures from her engagement day on Instagram

Yes, you read that right. Garrett’s now fiancée, Alex also marked the special milestone by sharing a couple of pictures from the engagement day of the pair on the social networking platform Instagram.
Alex wrote, “When two become one 💍🤍I love you Garrett Vincent Yrigoyen. I want all of you forever, everyday. HECK YES I WILL MARRY YOU!!!! ✨✨✨ #engaged,” in the caption of the post. 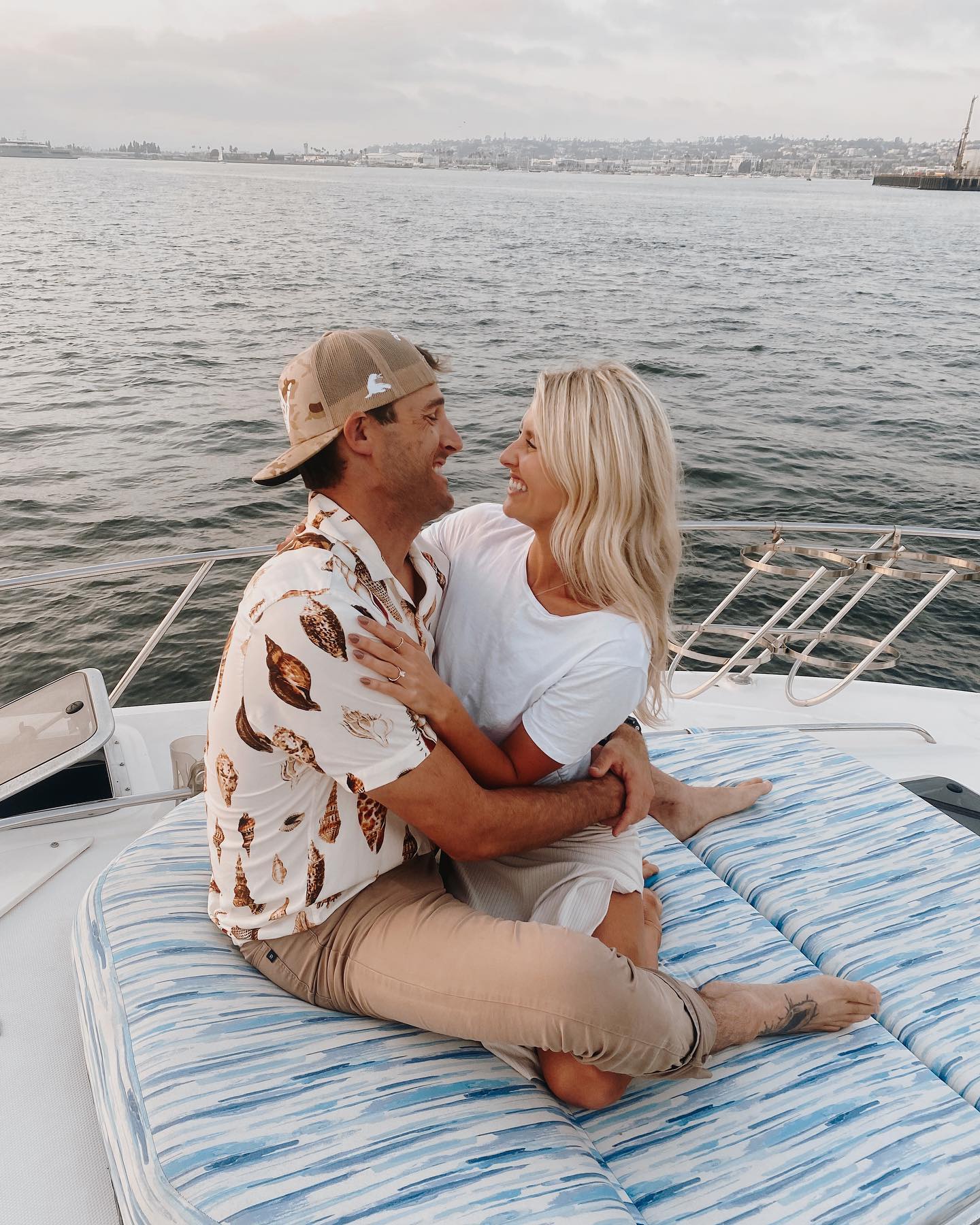 For those of you who are unaware, let us tell you, Garrett and Alex began dating in November of 2020. The two lovebirds made their romance Instagram official the following February. In season 14 of the dating show, The Bachelorette, Yrigoyen asked Becca Kufrin to be his fiancée but eventually, the pair called it quits in September of 2020.

As soon as Garrett shared the great news of his engagement to Alex on the social media platform Instagram, many of his fans and Bachelor Nation friends stopped by the comments section of the post, to send their best wishes to the couple.
Chase McNary wrote, “Yea sir!! Welcome to the club! Congrats y’all!,” meanwhile Luke Pell further added, “Congrats 🎉🎈🍾 💪🏽💪🏽.” Chris Randone went on to say, “Congrats brother 🙌.” 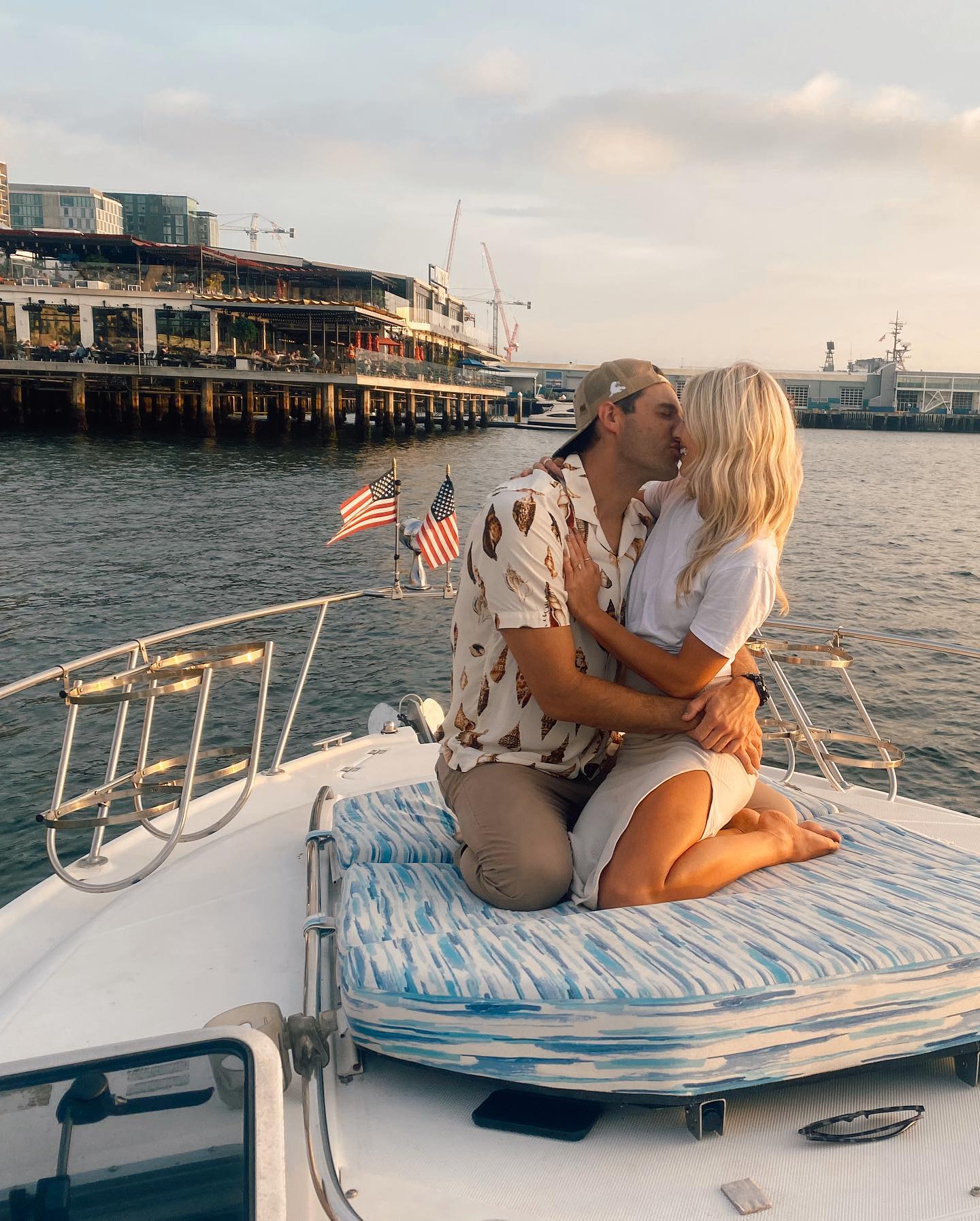 Garrett’s brother Jay commented, “Well done G. You got yourself a keeper! I’m so happy to see what’s in store for both you an @alexfarrarii . I love you both and wish you a happy and long future together. @gy_yrigoyen Congratulations 😘🤙🏼🍾.”

We send big congrats to both Garrett Yrigoyen and Alex Farrar as they are engaged. May their lives ahead be full of love, light, and laughter. Don’t forget to stay tuned with us for the latest updates from the world of showbiz.