Snoop Dogg is known to honor the deserving. Previously, he gifted Death Row Chain to several artists and sportspersons, including Stephen Curry. Now, he has honored his “Day Shift” co-star Jamie Foxx with a gold piece of his label, which he acquired earlier this year. Read on to know all about it. 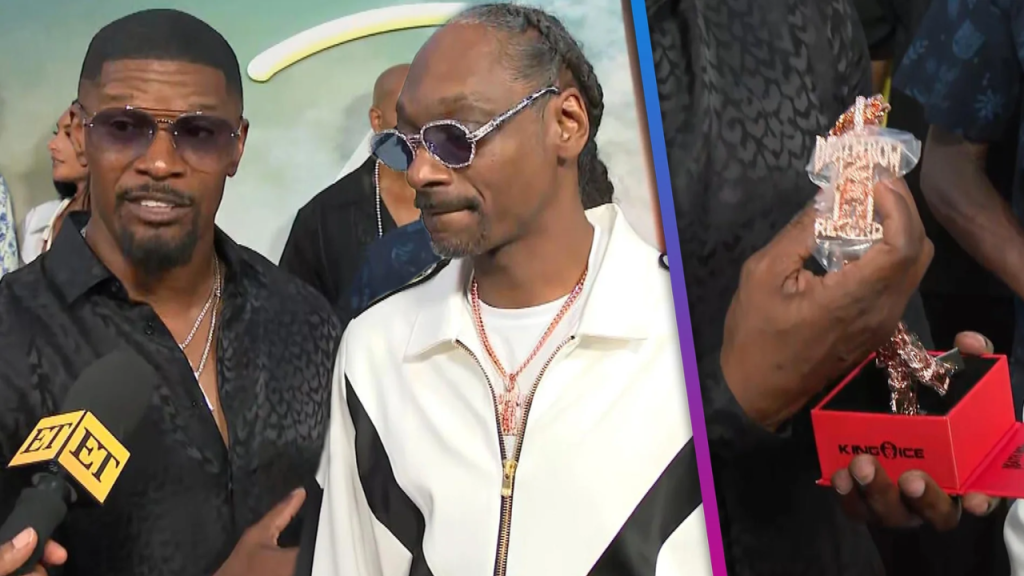 An Honor To The Man Who Stood Up For Dogg

Snoop Dogg has been lately busy on the promo run for his new Netflix move ‘Day Shift’ which stars Jamie Foxx, Karla Souza, Dave Franco and more. The two co-stars appeared together on the red carpet premiere of their new movie, but Snoop took time to honor Jamie with a meaningful new piece of hardware.

Yes, the rapper, who is known for lighting up his fans’ world, honored Jamie Foxx with a gold piece of his label, which he acquired earlier this year. “Yeah, I got something for the Foxx man you know for looking out for me, for speaking up for me, for putting me in this motion picture,” Snoop spoke in an interview.

“I wanted to gift him with something special.” He then handed Foxx a red box labeled Death Row Records, and for a moment the “Blame It” star was in disbelief. Well, Snoop Dogg is known for his dedication to his well-wishers. This year, he gifted the Death Row Chain to several artists and sportspersons, including Stephen Curry. 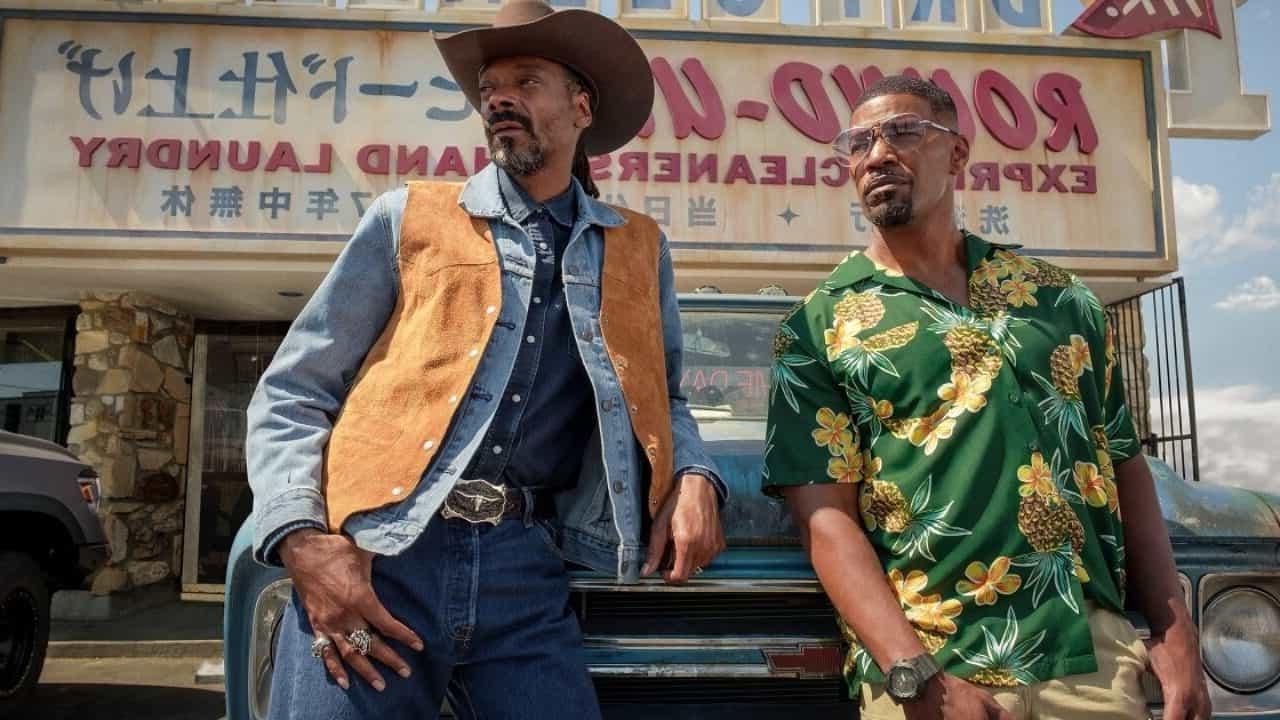 Jamie continued, “The Death Row Chain man. The Death Row chain man. Rose gold, and let me tell you why that’s so significant. I watched this man as a young artist sometimes have to fight for his life, and he was giving everybody anthems and songs. While we were partying and dancing sometimes he’d come to the crib and he’d be like, ‘I don’t know.’”

Jamie also spoke about Snoop’s hardship by mentioning that the day has finally arrived for everyone to see him bloom, to see him kicking a** in “Day Shift” as an actor. He continued, “At the same time anybody can tell you, that Snoop is the ambassador of grace, entertainment and fun. Anytime you say Snoop Doggy Dogg, your soul lights up. So for this moment right here. It means everything, my dude.”

As for their relationship, Snoop and Jamie Foxx have shared immense love and respect for each other for several years, the former even said he would require someone of Jamie’s calibre to play him in a biopic. In February 2021, Snoop expressed his wish by saying: “I don’t know who could play me. I think it’s gonna have to win me over. When I think of someone playing you, I think of how Jamie Foxx played Ray [Charles]. That was like, spot on. So I would have to find me a Jamie Foxx or somebody that can actually become Snoop Dogg on screen and give me all of that element.”

The new Netflix film “Day Shift” is making a buzz all over the world. Directed by J.J. Perry, the vampire hunter film stars Foxx as a hard-working, blue-collar dad who splits his time between cleaning swimming pools and hunting vampires, while Snoop stars alongside him as fellow vampire hunter Big John, who commits Kamikaze in the end to save his friend.