Saweetie Dating History: All About Her Boyfriends and Exes

She shared an image of herself kissing a man on the forehead in a photo, but the man kept his back to the camera as he kissed the top of the man’s forehead. Using an emoji that represents shushing, she captioned the photo. 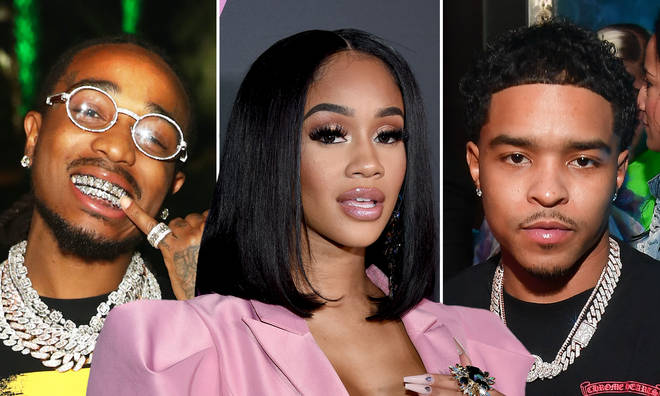 One of Saweetie’s most significant relationships from 2018 to 2021 was with rapper Quavo. As a result of their breakup, it was rumoured that the rapper had dated several men.

We will take a closer look at Saweetie’s dating history, who she is currently dating, what she has done in the past, and Saweetie’s boyfriends and past relationships. 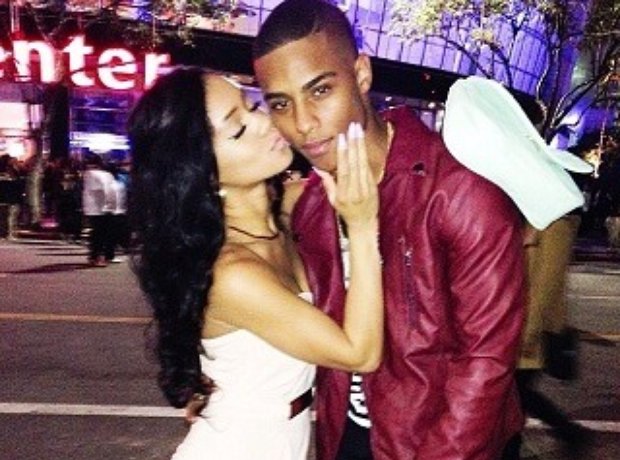 Saweetie And Justin Combs: Dated In The Year 2016 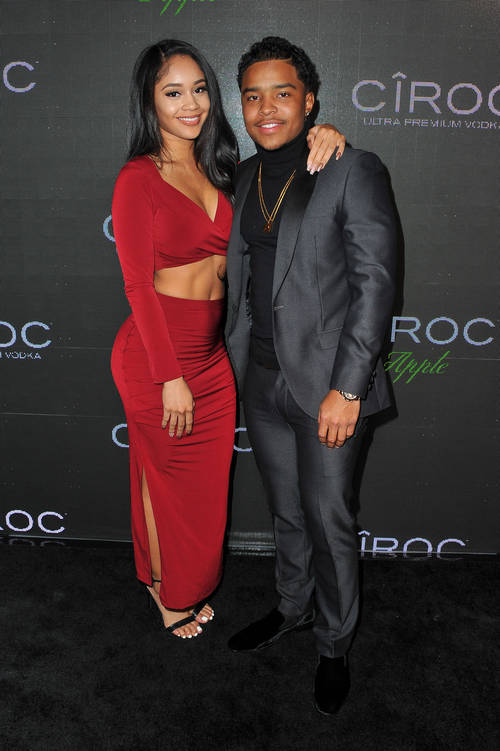 After the breakup with Powers, Saweetie began dating Justin Combs. It’s unclear when the two reportedly broke up, but it’s rumoured that her 2018 single “B.A.N.” is about the relationship between her and her ex-boyfriend. They met during the summer of 2016. 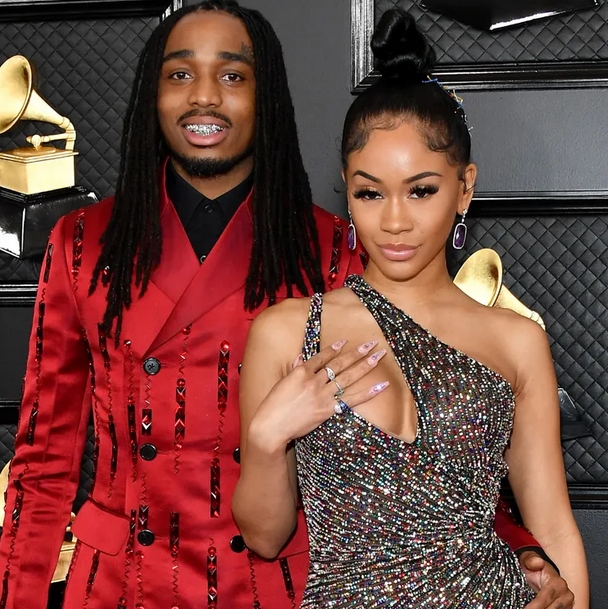 There was a relationship between Saweetie and Quavo between 2018 and 2021. A Migos rapper revealed that he slid into the rapper’s Direct Messages when he appeared on the magazine’s cover in 2020. “I told her, ‘You an icy girl, you need a glacier boy,'” referencing her song “Icy Girl.”

After rumours of Quavo cheating spread online, their split became a contentious issue. In March 2021, Saweetie tweeted the following “I’m single. I’ve endured too much betrayal and hurt behind the scenes for a false narrative to be circulating that degrades my character. Presents don’t band-aid scars, and the love isn’t real when the intimacy is given to other women”.

In response to the tweet, Quavo replied, “I had a love for you and was disappointed you did all that. You are not the woman I thought you were. I wish you nothing but the best.”

Saweetie And James Harden: Dated In The Year 2021 (Rumour) 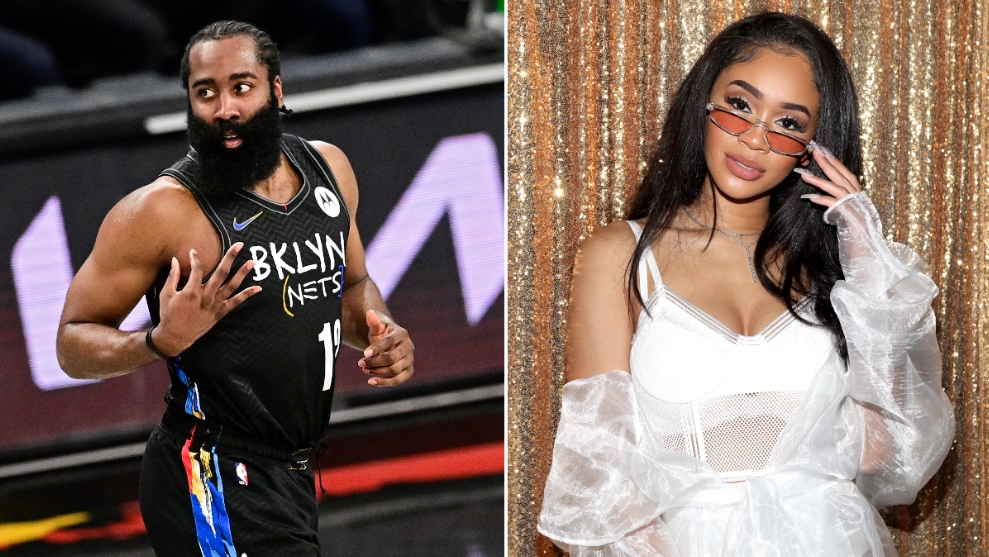 As of June 2021, rumours were flying around that Saweetie had moved on and was now dating N.B.A. star James Harden. Quavo’s former Migos teammate Offset liked a tweet about the pair, which sparked rumours that the two have been dating.

Even though Saweetie never addressed the rumours, James made headlines after posting a couple of Instagram Stories to respond to ridiculous stories that he had sent Saweetie $100,000 for a date via CashApp.

Saweetie And Jack Harlow: Dated In The Year 2021 (Rumour) 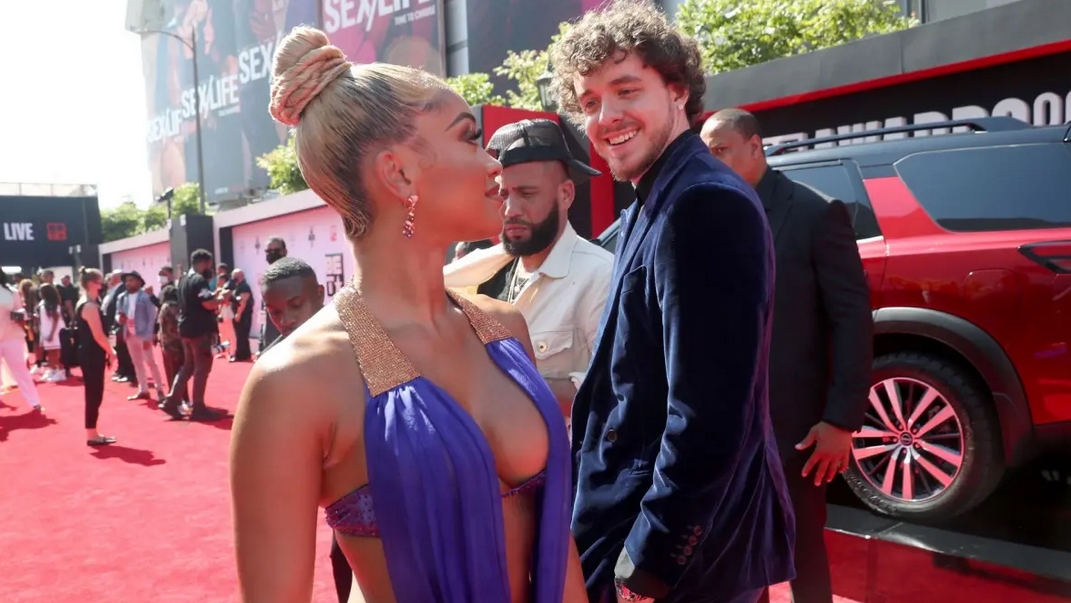 As a result of the flirty exchange Saweetie and fellow rapper Jack Harlow shared at the B.E.T. Awards 2021, romance rumours have been rife.

During Saweetie’s interview on the red carpet, Harlow approached her and shook her hand before introducing himself to her.

Even though Harlow later said that the two were just friends, fans and social media users started shipping them and appreciated Harlow’s effort to introduce the couple respectfully.

Saweetie And Damson Idris: Dated In The Year 2021 (Rumour) 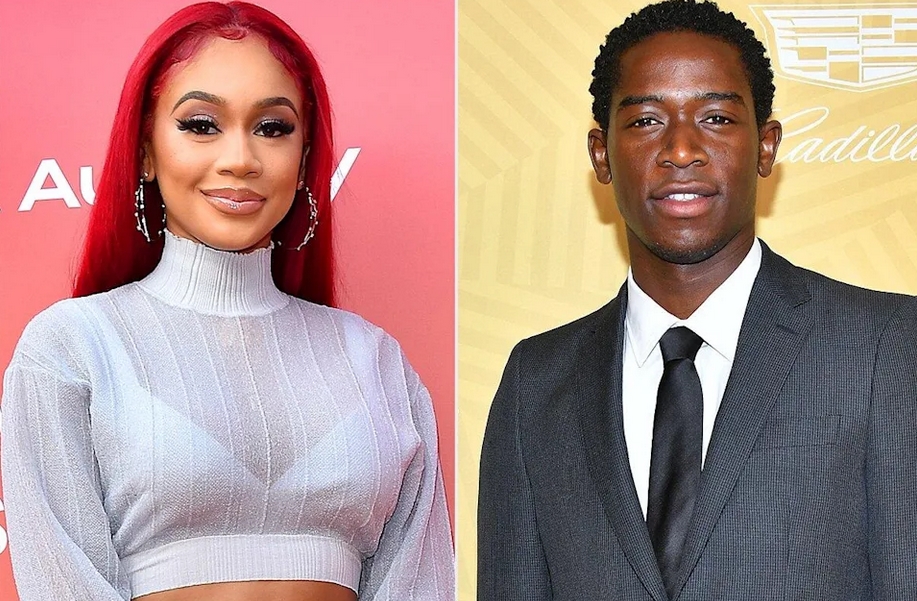 There was a video that Damson Idris shared on his Instagram stories back in November 2021 where Saweetie gave him piano lessons which he shared with his followers.

The video accompanied Damson’s caption, “My teacher.”. There is a part of Damson’s Instagram Story where he can be heard saying: “I wish I could play.”.

As a result, Saweetie posted the same video clip on her own Instagram account, which fueled further rumours of a romance between the two.

Saweetie And Lil Baby: Dated In The Year 2021 (Rumour) 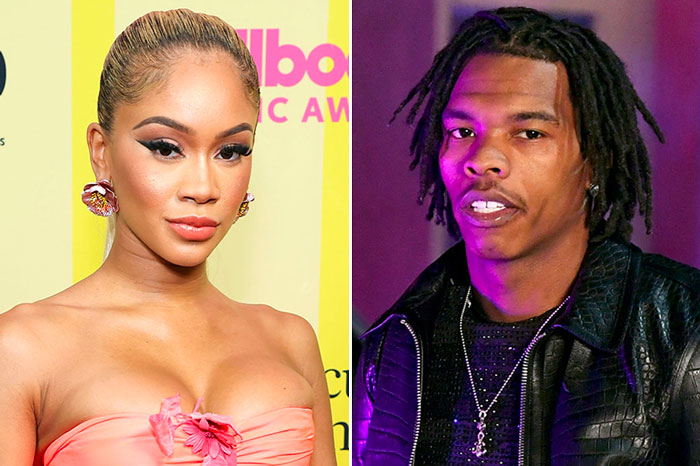 Earlier that year, it was reported that Saweetie and Lil Baby were getting cozy during a New York outing. There were reports that the Lil Baby dropped $100k on rapstress, according to sources who claim the two went shopping together in New York.

According to sources within the publication, security footage from the Chanel store showed the pair together. A Saturday Night Live performance by Saweetie was held in New York at the time.

After she posted a picture of herself on a mysterious guy’s lap, Saweetie sent social media into a frenzy with speculation as to whether or not she and Lil Baby are hip-hop’s newest couple.

A fan of the rapper even went so far as to scour social media to find out who the rapper was sitting cuddly with during the post that is now deleted. The following day, fans discovered that it was, in fact, Lil Baby who was wearing the same outfit as that in the picture.

Quavo And Saweetie Back Together? Who Is She Dating Now?

Although Saweetie and Quavo split publicly in March 2021, a source revealed that they have been spending time together quietly. Additionally, the insider discovered that it would not be surprising if they rekindled their romance at some point shortly. 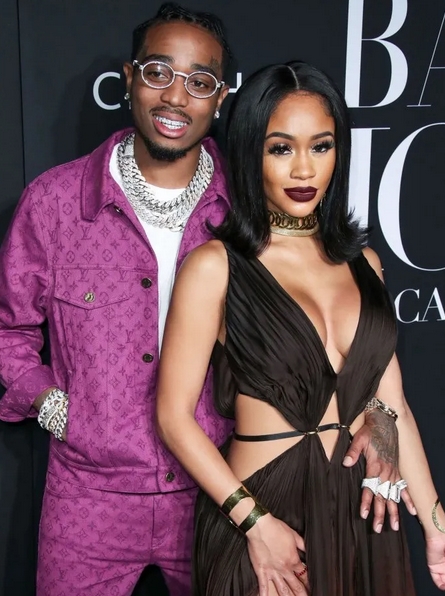 Despite the rumour that she and Quavo saw each other secretly, Saweetie responded to the story that they were not secretly dating. According to Twitter, the star clarified the rumours were false, and she explained that they weren’t true. While some fans believe that Saweetie isn’t telling the whole truth about her relationship with Quavo, some still think that she is lying.

According to the story, Quavo allegedly got Saweetie a condo in New York City and put it in her name. There is still a possibility that they are still together as she is still living there. Currently, Saweetie continues to deny the rumours that have been floating around.

It is unclear who she is dating and what is going on with her relationship. Let’s wait and see what she has in her plans for us soon about her new relationships. Stay tuned with us for more celebrity gossip in the future.