Recently, Rumer confirmed she is in a relationship with Derek Richard Thomas by posting a series of cute snaps of the pair on the social media platform Instagram. Continue reading further to know more details about the whirlwind romance of Rumer Willis and her new beau Derek Richard Thomas. On Tuesday, the What Lies Ahead star took to her Instagram page and shared a couple of cute pictures of herself and her new boyfriend Derek Richard Thomas. In the snaps, the pair posed amid a quintessential fall backdrop.

“♥️🦞🐞🪱🦧♥️,” she captioned the slideshow of pictures. The first picture showed Rumer and her new boyfriend Derek posing together. The two of them were accompanied by an adorable dog in the snaps.

In the second snap, Rumer planted a kiss on her new beau Derek’s cheek meanwhile he smiled ear to ear. In one particular snap, Willis and the Vista Kicks frontman can be seen lovingly looking at each other. A picture showed the two of them sharing a smooch.

For the fun shoot, Willis opted for an all-black ensemble. She wore a black top with matching pants. She topped off her look with black sunglasses. On the other hand, when we talk about her musician beau, he donned a denim button-down, dark wash jeans, and a burnt orange coat. 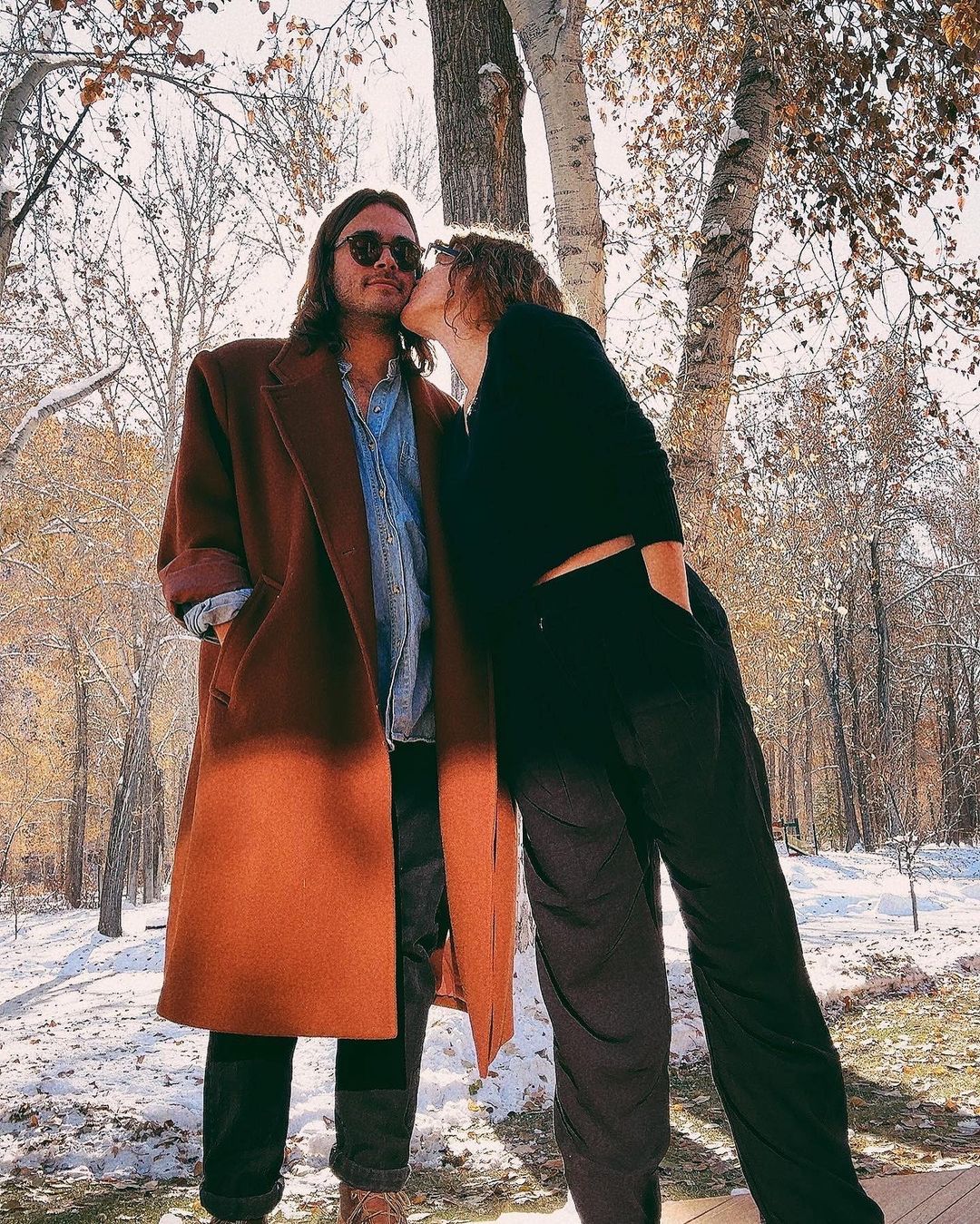 As of this moment, it is not known exactly when Rumer Willis and Derek Richard Thomas started dating but it looks like the two of them are enjoying each other’s company.
Rumer and Derek were first romantically linked to each other in May when she called Derek one of “the most talented singers and songwriters I have heard in a very long time (maybe ever).”

For those of you who are unaware, let us tell you, Rumer Willis turned 34 years old on August 16. At that time, Derek Richard Thomas paid a special tribute to his girlfriend on the occasion of her birthday. He shared a beautiful snap of Rumer and him from a concert on his Instagram feed.

“Happy Birthday @rumerwillis ❤️ In the short time we’ve been together you have filled my life with joy and peace. Everything is just so easy with you. We sing, we dance, we play and most of all we laugh,” he wrote alongside the picture.

Derek went on to say, “Thank you for being you 😘 you’re a magical human I’m so glad you came into my life 🙂 (Here’s a photo of us jamming out to the Stones in London)”

Do you think Rumer Willis and Derek Richard Thomas are a perfect match for each other? Kindly let us know your thoughts on the pair in the comments section below. Don’t forget to stay tuned with us for the latest updates from the world of showbiz.