In case you didn’t know Baby Malone is on the way! Yes, you heard it right, Post Malone is going to be a dad soon. So today we are going to tell you all about the relationships of the Circles rapper. What are you waiting for? Start scrolling to learn more about his past girlfriends. What genre of music is liked by Post Malone?

During a media interaction, the 26-year-old talked about his love for music and he said, “What I think is so cool is, music is becoming so genre-less and just so liquid and anything can be anything.”

Post further added, “Just stepping out of comfort zones and maybe doing rock, maybe doing country, maybe putting it all together with all different sorts of genres I think is cool — because there is no genre and it’s just music at that point.” 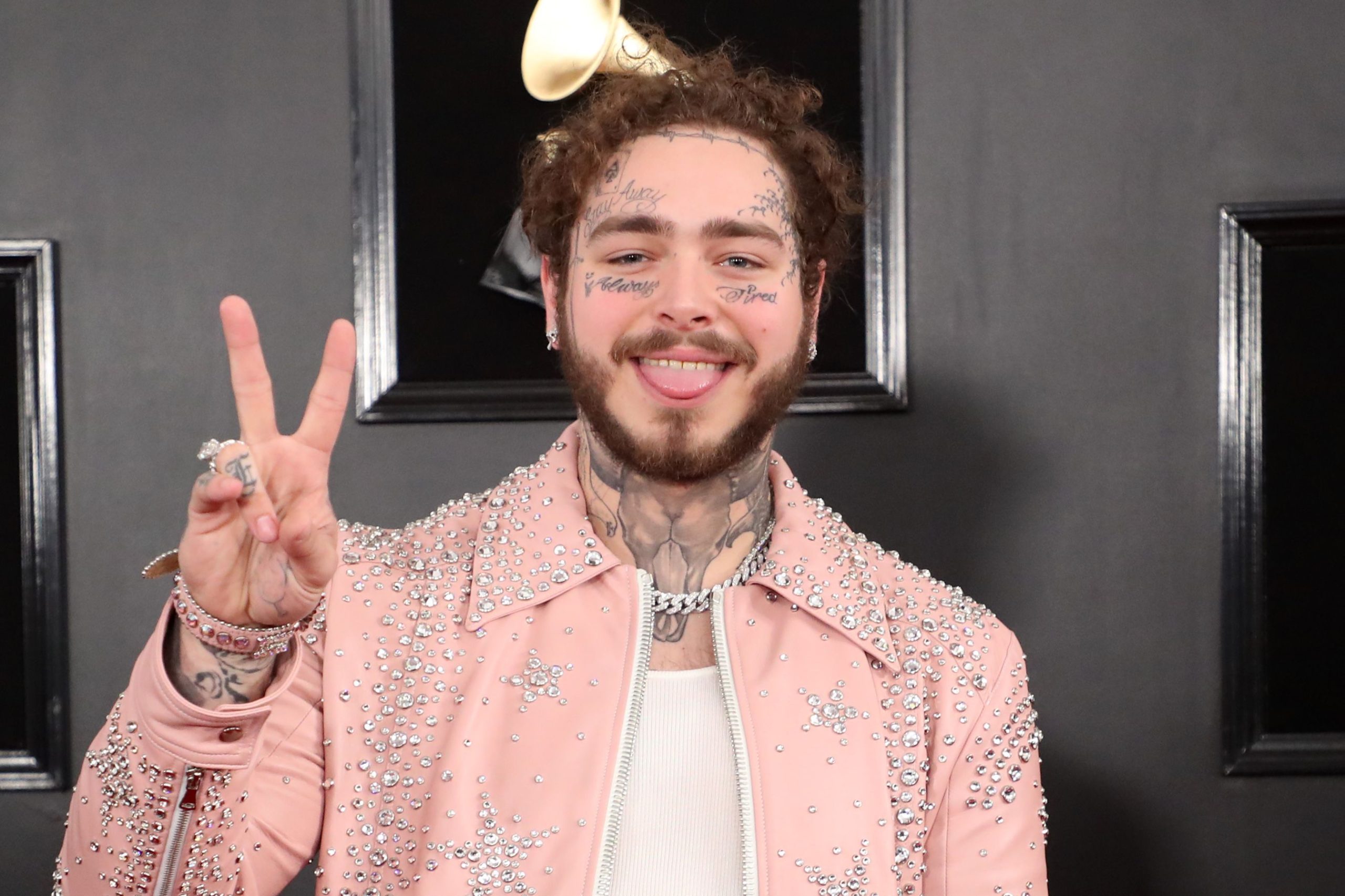 The rock star continued, “It really excites me, and I think there’s a lot of cool stuff coming and I have a lot of cool stuff to share.” He is best known for his introspective songwriting and variegated vocal styles. Over the last couple of years, Malone has garnered the attention of the viewers for blending genres and subgenres of pop, hip hop, R&B, and trap.

Post was born on July 4, 1995, in Syracuse, New York, United States. He got his stage name Post Malone from inputting his birth name into a rap name generator. He kickstarted his music career as an independent artist in the year 2013 and he got into the spotlight with his single White Iverson. The song peaked at number 14 on the US Billboard Hot 100.

Let’s take you through the dating history of Post Malone

Post was in a relationship with American music promoter Ashlen Diaz for nearly three years. It was his longest relationship. The couple began dating in the year 2015. These two lovebirds made their romance official during Post’s interview on The Breakfast Club.

As per the reports, Malone and Ashlen met for the first time at work and it was love at first sight for him. At that time, the Rockstar singer spilled the beans on his first meeting with Diaz and he said, “It was snowing, and I just came, and I met her, and I fell in love with this woman.”

The couple was together through the turning points of his musical career. Malone dropped his debut studio album, Stoney, in the year 2016. His first album also consisted of the hit single with Justin Bieber called Déjà Vu. Later on, he revealed the song was all about Ashlen. 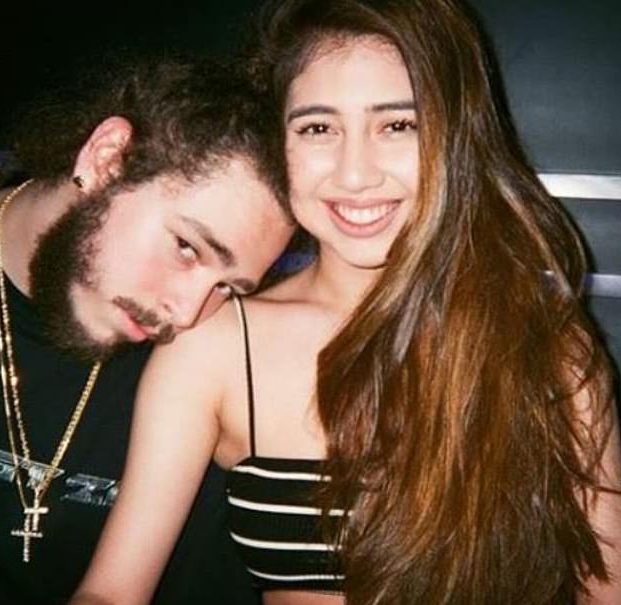 The American rapper wrote, “This song is really just me during the beginning stages of starting to hang out with my girlfriend. It’s like very early stages, but now I’ve been with her for two years, and it’s cool. She’s annoying, but I love her” in a 2017 post on Genius.

Sadly, the duo called it quits after dating for nearly three years in the fall of 2018. The reason for their split is still not known. Many people assumed that Post’s busy schedules might have been the cause behind their breakup. 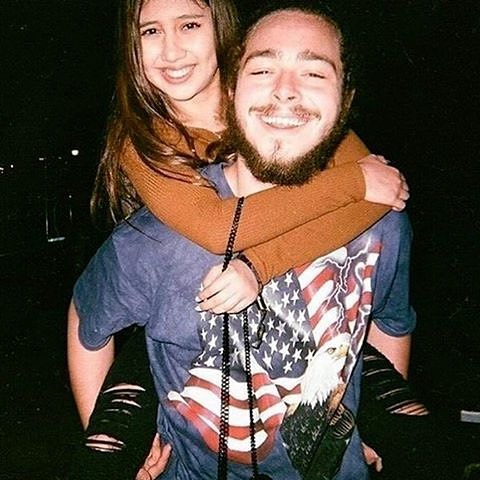 In his interview on The Breakfast Club, Malone admitted to the fact that it’s hard for him to strike a perfect balance between his personal life and professional life. He said, “It’s tough having a balance between dedicating my life to music and dedicating time for Ashlen.”

The Psycho singer further added, “It’s tough because you want to get into the studio, you want to do as good music as you can, sometimes you’re real busy.” 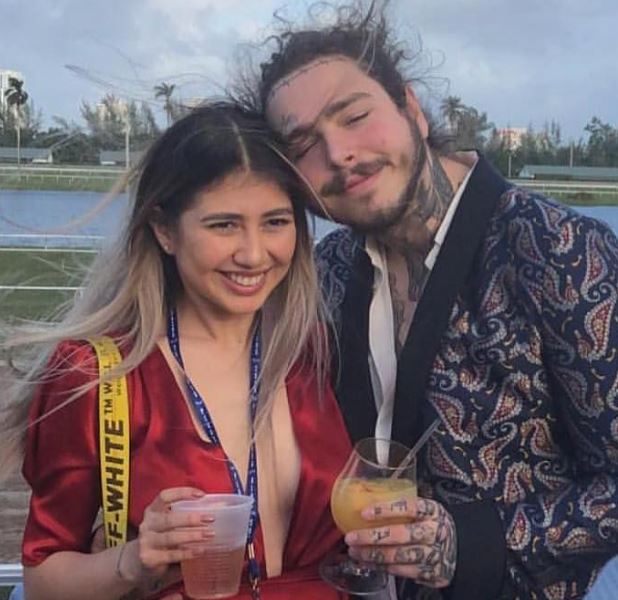 Soon after parting ways with Diaz, Malone was romantically linked to Kano Shimpo. He dated the model for a total of 3 months from August to November of 2019.

For those of you who don’t know, Kano is a well-known model. We must say that these two were able to keep their whirlwind romance under the wraps as not much is known about their relationship. 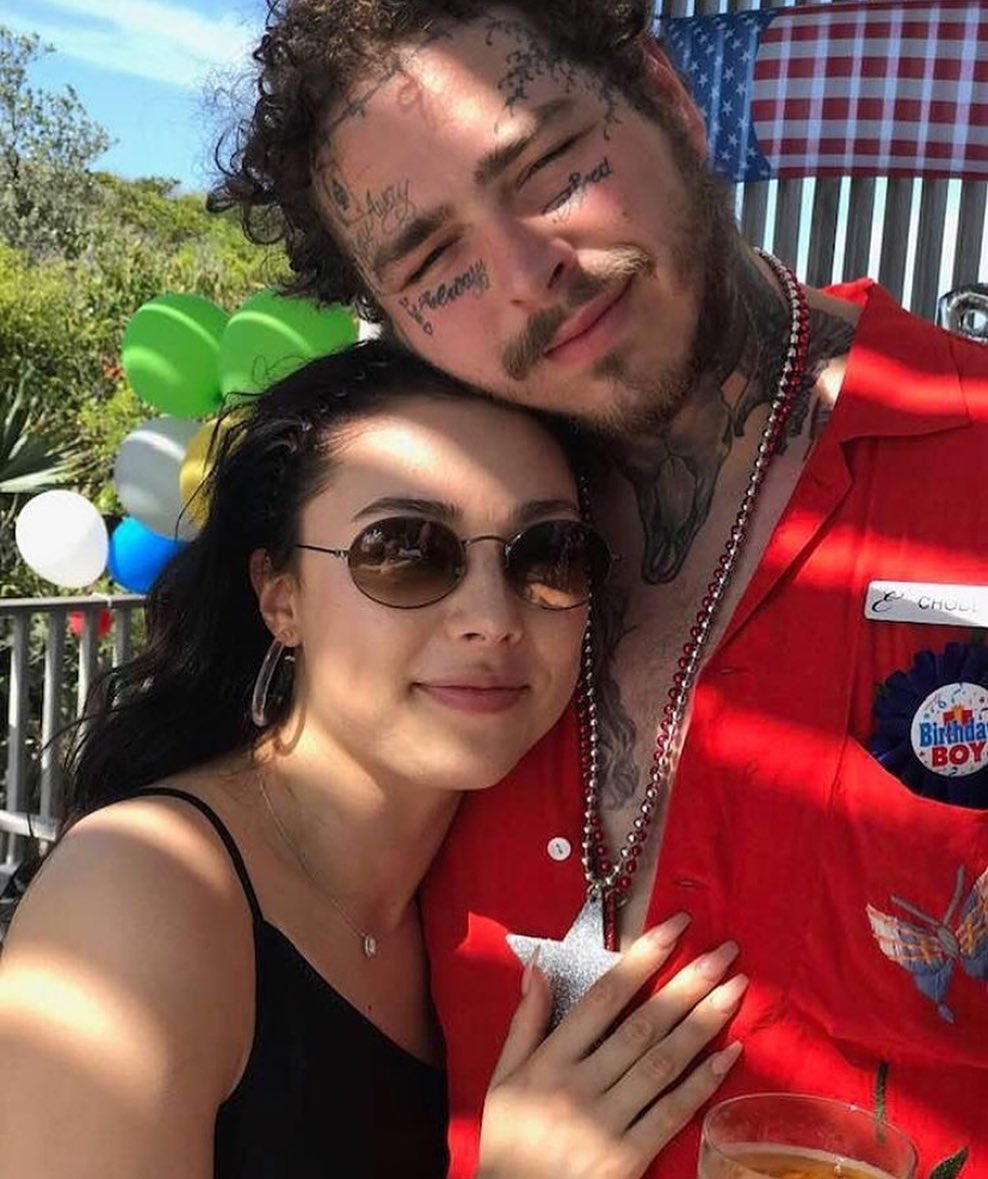 The fairytale of Kano and Post was a short-lived one. The duo was spotted out and about in public getting cozy with each other a few times but their love could not pass the test of true love.

In the year 2020, Post sparked dating rumors with the Korean singer and visual artist MLMA. The name of the singer MLMA stands for ‘Me Love Me a Lot.’ The speculations of the duo dating began in early 2020. The real name of the singer is Baeck Ye-jin.

Neither of the two musicians confirmed the fact that they were dating each other. But then a twist in the tale came when MLMA decided to post a picture of the two of them on the social media platform Instagram in August of 2020. The post is not present on the social networking service right now as the singer deleted it later on. 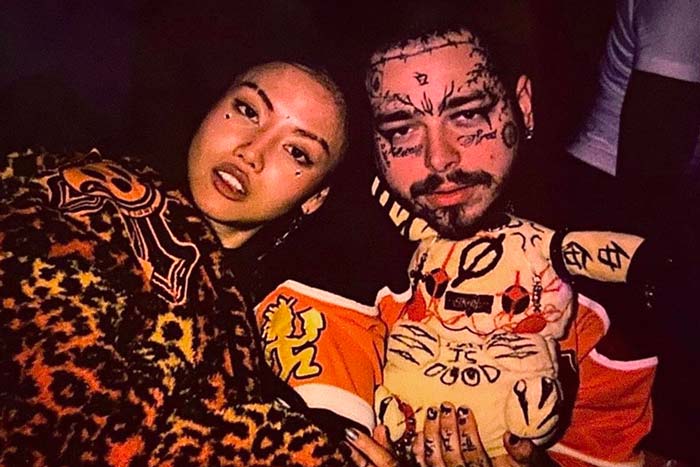 MLMA is also a successful streetwear designer, musician, and online influencer. She was born in Seoul. Just like Post, she is a very artistic individual and she knows how to make use of her creativity to express herself. One interesting thing about the singer is that she loves to use her own body to create provocative artistic content.

During an interaction with Vogue in 2018, MLMA talked about her childhood days and said, “Growing up, I was super lonely and [art] became a way of entertaining myself. Since then, I’ve always been into creating something, whether it’s with computers, paint, pencils, or clay.”

The Korean artist further added, “I thought it was a great way to make as many people as uncomfortable as possible. I feel nowadays, no one pays much attention to real art, they skim by it in their feeds. But when you scroll by one of my videos, it’s difficult to look away.”

Around the same time, the dating rumors of MLMA and Post began swirling in the air when she posted a few TikTok’s with him. She captioned the TikTok “he is so cute”. The two were also seen cuddling in a video. If rumors are to be believed Malone liked MLMA as she had a similar, irreverent style to his, and she also adored body art just like him. It seems like both of them loved face tattoos. 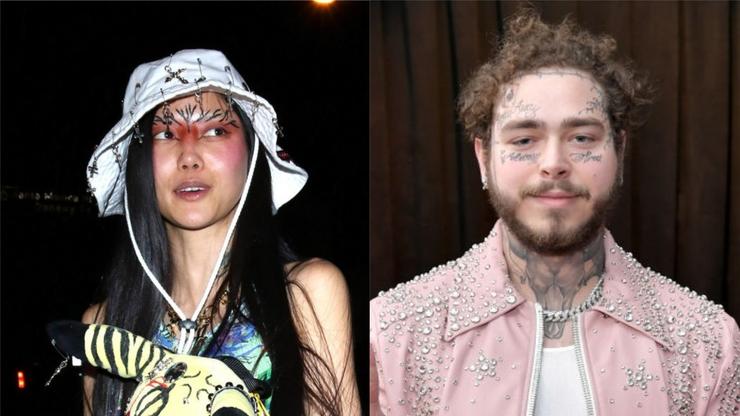 In a 2020 interview, the Better Now singer told GQ the main reason why he got tattooed and he stated that his original reason for wearing them may have stemmed from insecurity.

Post said, “I’m a ugly [expletive]. It does maybe come from a place of insecurity to where I don’t like how I look so I’m going to put something cool on there so I can look at myself and say, ‘You look cool, kid,’ and have a modicum of self-confidence, when it comes to my appearance.”

Just like you all, we also want to know who is the unidentified girlfriend of Post Malone with whom he is currently expecting a baby but it remains a mystery to all of us. The pop star has managed to keep his relationship with his girlfriend under the wraps. We know you might not believe it, but we still don’t know the name of his unidentified girlfriend.

During his latest interaction with TMZ, the rapper said, “I’m excited for this next chapter in my life, I’m the happiest I’ve ever been, and for since I could remember I was sad.” Malone continued, “Time to take care of my body and my family and friends, and spread as much love as we can every day.” As per the reports of TMZ, the couple also celebrated the exciting news with their close friends and family over the weekend in Southern California.

The media outlet also reported that Post’s mystery girlfriend has never been in the spotlight and the couple has been building their relationship in private. We are super happy for both of them as they are set to start a new chapter of their lives together.

Where does Post see himself in the next 30 years?

Malone did an interview with Paper Magazine, where he was asked where he sees himself in the next 30 years to which he replied in a very sarcastic way. Let us tell you he didn’t talk about having children in his answer.

The Congratulations singer said, “Hopefully alive and not dying in the nuclear winter.” He continued, “I would love to be out in either Montana or somewhere with a lot of trees and some snow and a nice big baller ass cabin, shooting guns and riding motorcycles or four wheelers and [expletive]. It’s gonna be very chill. I’m gonna eat my own food that I killed.” 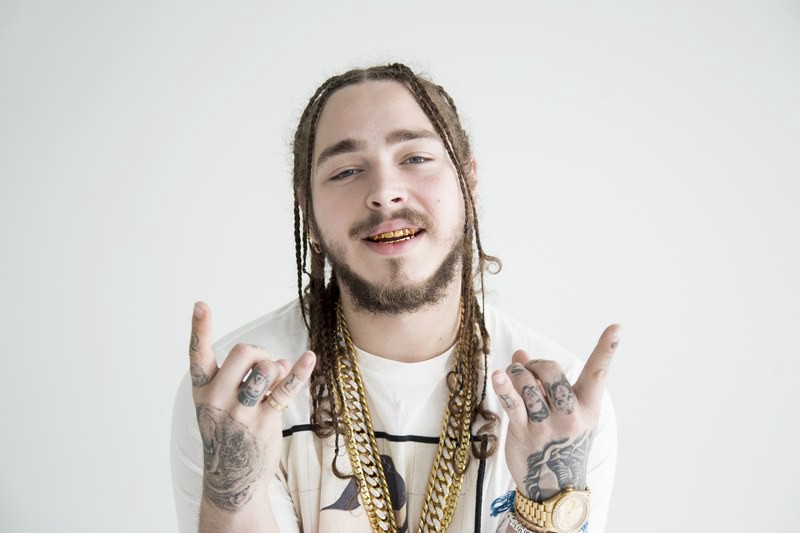 We send big congrats to Post Malone and his longtime girlfriend as they are all set to become parents in the times to come. Do you have an idea about the unidentified girlfriend of Post Malone? If you have any clue, kindly drop it in the comments section below. Don’t forget to stay tuned with us for the latest updates from the world of showbiz.