It looks like Pete Davidson and Emily Ratajkowski are getting to know each other more. Not long ago, the former Saturday Night Live comedian and the I Feel Pretty actress were snapped out and about in public with a group of friends.

The rumored couple was clicked by the paps while they were out at a restaurant with some of their pals. Keep scrolling further to know more insights about the latest outing of Pete Davidson and Emily Ratajkowski. 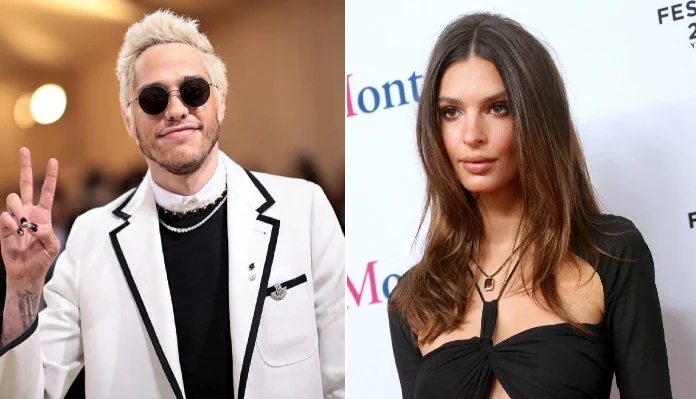 Recently, the supermodel and The King of Staten Island actor were spotted together having a Thanksgiving dinner at a restaurant with a group of friends. The pair’s latest outing has added fuel to the romance rumors swirling in the air.

As per a report by Page Six, Selby Drummond, Bumble’s chief brand officer, dropped a picture on the social media platform Instagram that showed Emily and the Meet Cute star sitting at the table with a few other guests over a Thanksgiving feast. 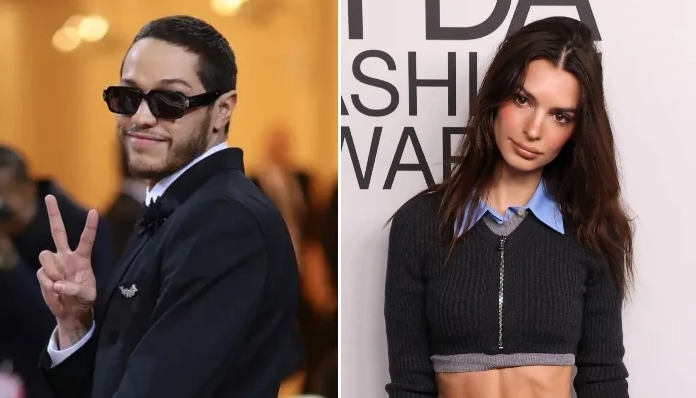 Selby tagged the model in the photo which is nowhere to be seen now as it has been deleted. It has been reported by the media outlet, that the gossip account on Instagram, Deux Moi re-shared the snap. It seems like things are heating up between Emily Ratajkowski and Pete Davidson.

When did the dating rumors of Emily and Pete begin?

For those of you who are unaware, let us tell you, the dating rumors of Emily and Davidson began spiraling on social media earlier this month. At that time, a spy spotted the two of them holding hands while on a date in Brooklyn.

Last week, the pair’s romance almost got confirmed when an insider told Us Weekly, that they have been seeing each other for several months. The source went on to say that the pair are “in the very early stages, but both really like each other” and that “Pete makes Emily laugh and he loves how intelligent she is.” A couple of days later, Pete and Emily were clicked by the paps while the two of them were canoodling in New York City. As of this moment, neither Emily nor Pete has made any official comment on their relationship status.

Earlier this year, Emily filed for divorce from her estranged husband Sebastian Bear-McClard after 4 years of marriage. The news of the pair’s split saw the light of day in July 2022.

At that time, a source told People magazine, “They split recently. It was Em’s decision. She is doing okay. She is strong and focused on her son. She loves being a mom.” The former couple shares a 1-year-old son, Sylvester.

Do you think Pete Davidson and Emily Ratajkowski are a perfect match for each other? Kindly let us know your thoughts on the rumored couple in the comments section below. Don’t forget to stay tuned with us for the latest updates from the world of showbiz.