Olivia Rodrigo has a new guy in her life! At the moment, the Drivers License singer is dating music executive Zack Bia. Keep scrolling to gain more insights about the whirlwind romance of the pair. Currently, the 19-year-old pop star is in a relationship with the 26-year-old music executive Zack Bia. He is the founder of the independent record label Field Trip Recordings. A close source told People magazine, “They’ve been dating since the Super Bowl. They really like each other.”

Olivia was previously linked to music-video producer Adam Faze. The two of them called it quits earlier this year after dating for nearly 7 months. In February, a source told the magazine, “They’ve been over for a bit now.”

To date, neither Olivia nor Adam has confirmed their romance. In June 2021, a close source told the media outlet that she was a “lot happier now” than when she wrote the lyrics to her superhit debut album Sour.

In a media interaction, Rodrigo said, “I’m just constantly learning and growing at such a rapid rate. I’m writing songs and I’m really happy. I’m a lot happier than I was when I wrote that record, which is great.” 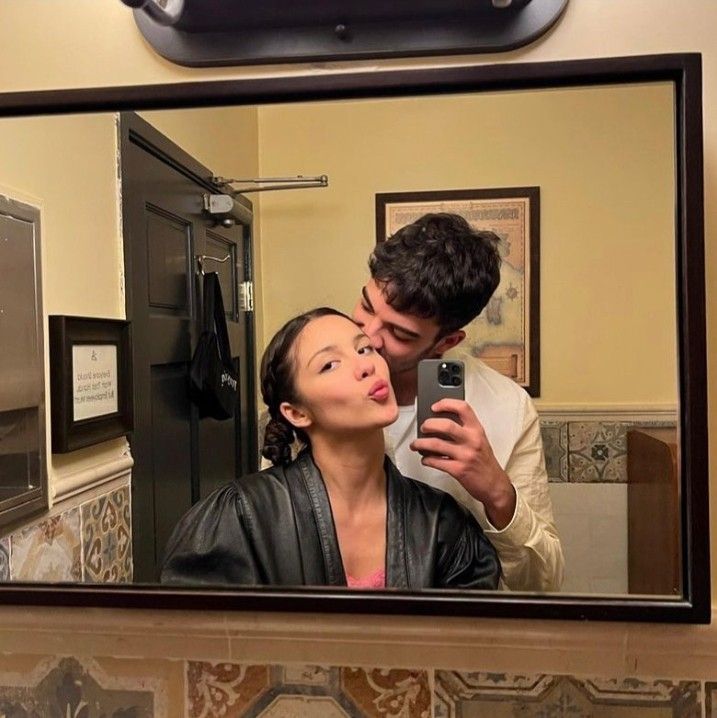 The Good 4 U singer further added, “I’m a lot more confident, which I think is a good aspect of growing up. We’ll see what the next era brings, but I’m excited to start working on it.”

Zack Bia has dated a few popular faces in the past

On the other hand, when we talk about the love life of Zack, he was in an on-again, off-again relationship with the Reckless singer Madison Beer. Their whirlwind romance came to an end in the year 2019. He was recently rumored to be dating Outer Banks star Madelyn Cline.

Bia and Cline were spotted together out and about in public in Santa Monica, California, in December 2021. The duo was seen grabbing dinner. The musician addressed their dating rumors at the time and said, the two were “not dating,” but “hang out all the time.” While making an appearance on the BFFS with Dave Portnoy and Josh Richards podcast, Zack spilled the beans on his personal life and said, “It’s one of those things where we really enjoy hanging out and we enjoy going to dinner, we enjoy going to games, doing all these things.”

Bia went on to say, “But we never officially started dating and probably won’t officially ever stop because it’s just more like we’re hanging out. We are enjoying it and not even thinking too much about what it is.”

Olivia is currently in the middle of her ‘Sour’ global tour

Rodrigo’s Sour global tour kicked off on April 5, 2022, in Portland, Oregon, and it will conclude in London on July 7. Her latest Instagram post was also about her tour.

The Happier singer posted a series of snaps on her Instagram. “SOUR TOUR in europe!!!! been wonderful so far. Germany Italy and Switzerland!!!! thank you!!!! 💜💜💜🦋🦋🦋💜💜”, she captioned the post.

Do you ship Olivia Rodrigo and Zack Bia? Kindly drop your thoughts about the pair in the comments section below. Stay tuned with us for the latest updates from the world of showbiz.