Former NBA star Kareem Abdul-Jabbar, who was twice voted NBA Finals MVP appeared on the Jimmy Fallon show and settled the G.O.A.T. debate. Jabbar settled some of the biggest debates of all time, like if indoor or outdoor basketball courts are better and who is the greatest player of all time. Read more about how Jabbar settled it. 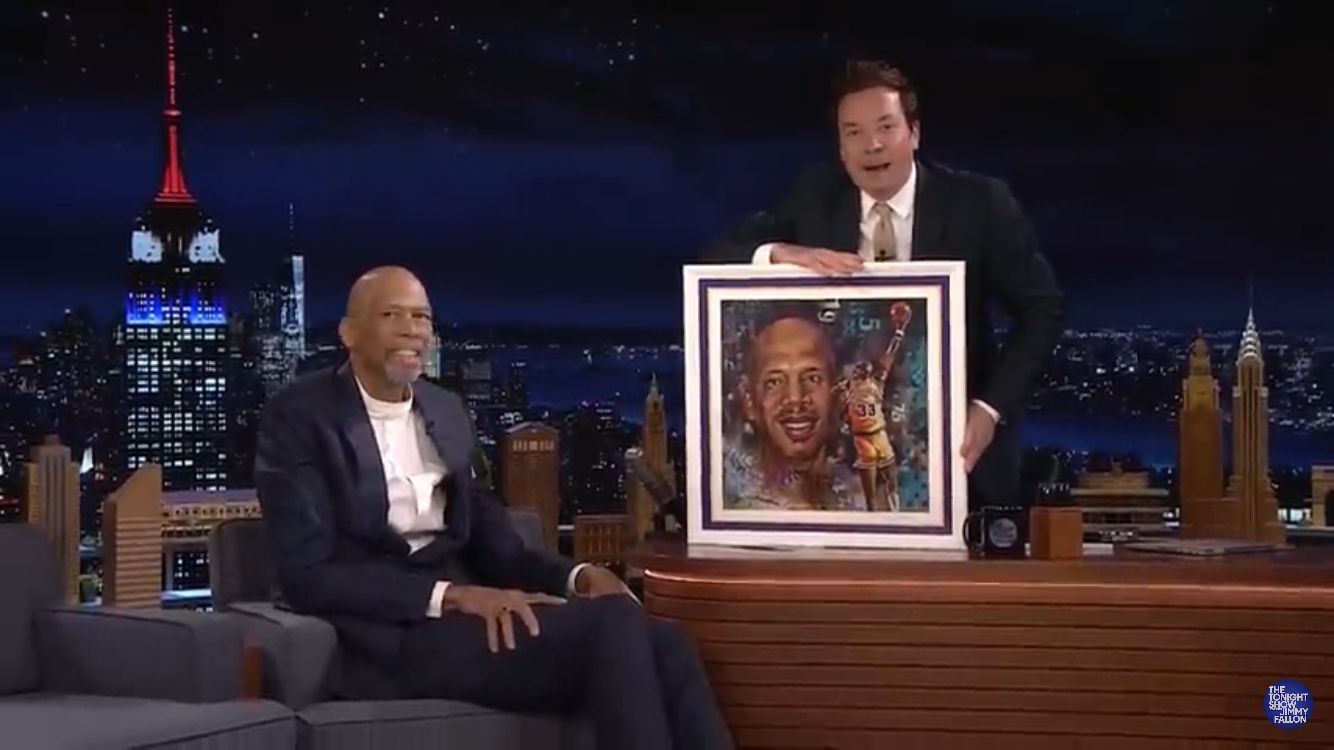 Kareem Settles It All… 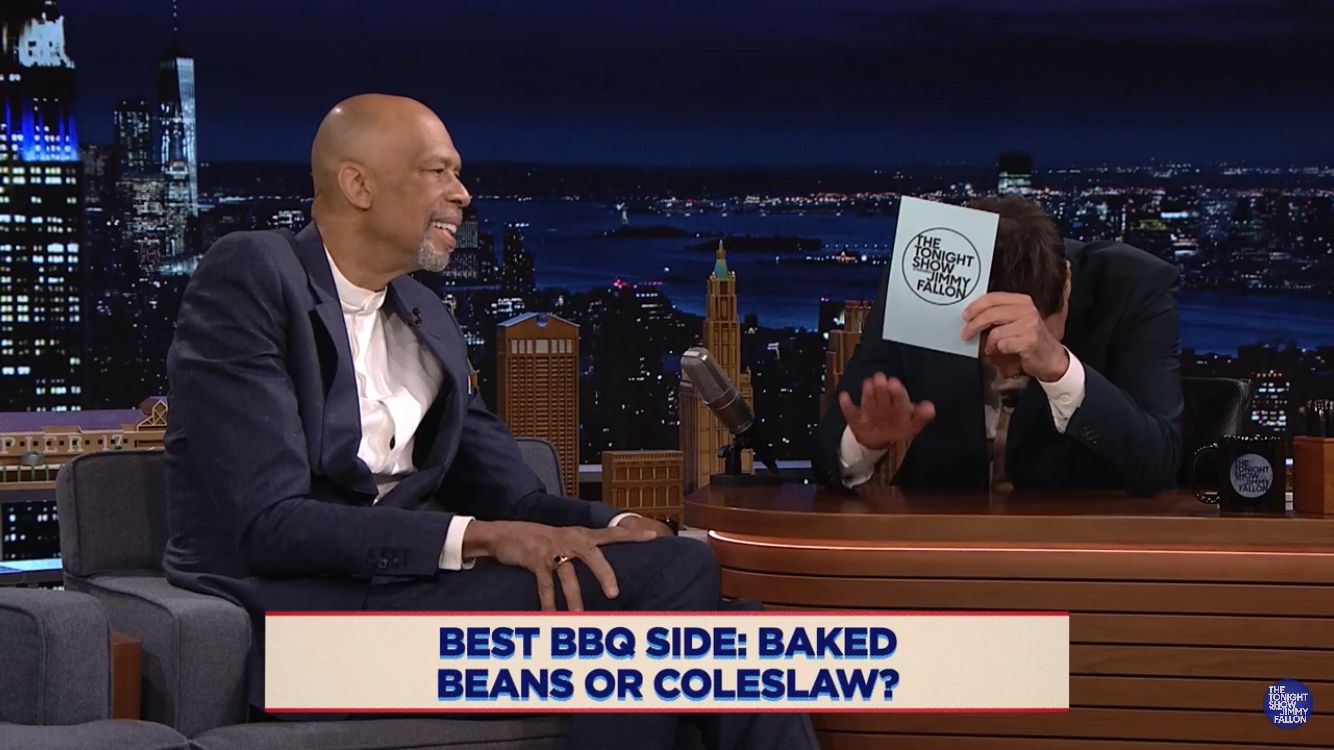 As the 7ft 2in legendary basketball player entered The Tonight Show, Fallon asked him if the legendary star could help him solve some of the biggest and most important debates ever and said, “It’s Kareem Abdul-Jabbar Settles It”. The first question posed by Jimmy was, “Summertime Basketball Court: Indoor or Outdoor?”, Kareem spontaneously replied, “Indoor because it won’t rain and the sun won’t beat you up.”

After complimenting Jabbar, Fallon continued: “Summertime Treat, Ice-Cream or Popsicles?” Kareem replied, “Popsicles when I want to think about learning the game uptown when I was a kid and ice cream when I want to get emotional about watching the movie “Titanic”. 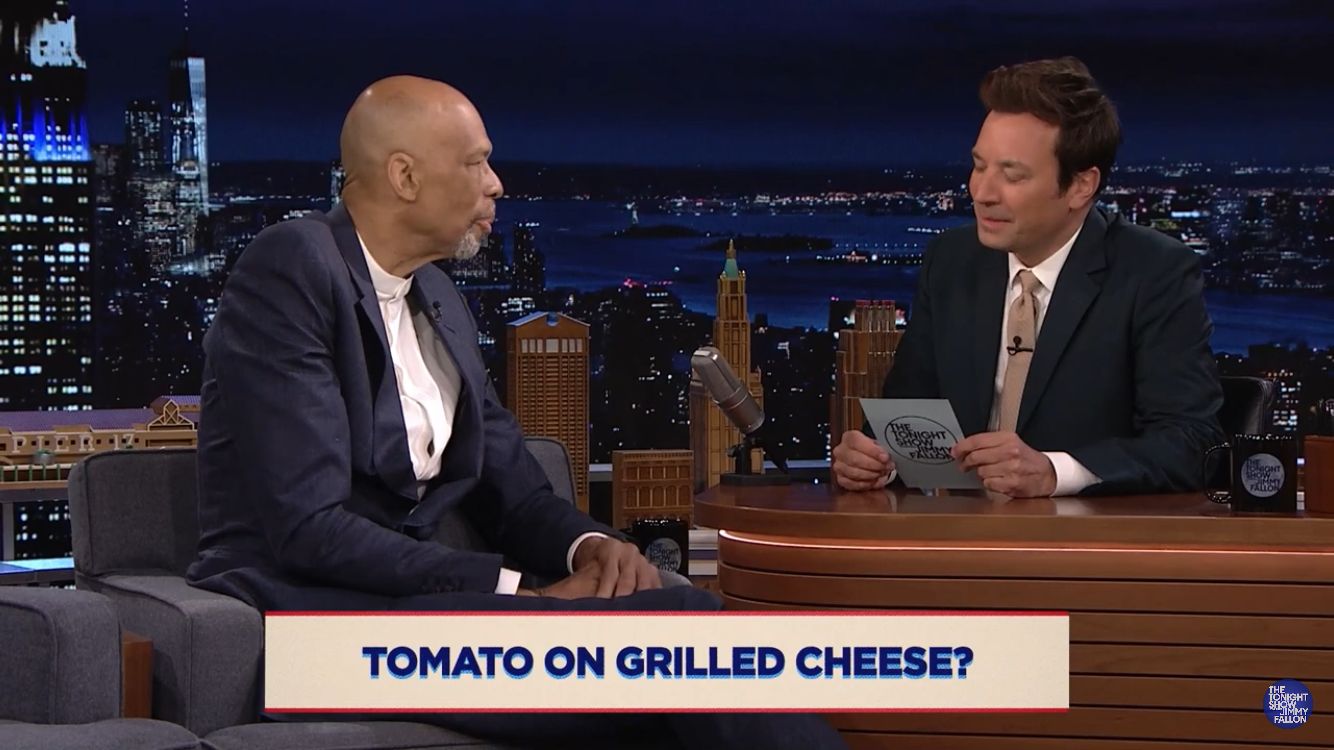 Jimmy continued, “Oh, how about this? This is interesting.” He asked, “Best Hot Dog topping”. Man, if you’re an NBA fan! you’re gonna love this one. Jabbar stated, “The tears of the 1985 Celtics when they lost to the Lakers in the finals.”

Well, if you don’t know about this, in 1985 the Celtics (Larry Bird playing) lost against the Los Angeles Lakers in six games, and in the last game, the Lakers won 111-100 at Boston to close the series 4-2. During that round, the Celtics won just one of three games at home. Laker fans raise your hands because year, it is the best hot dog topping! 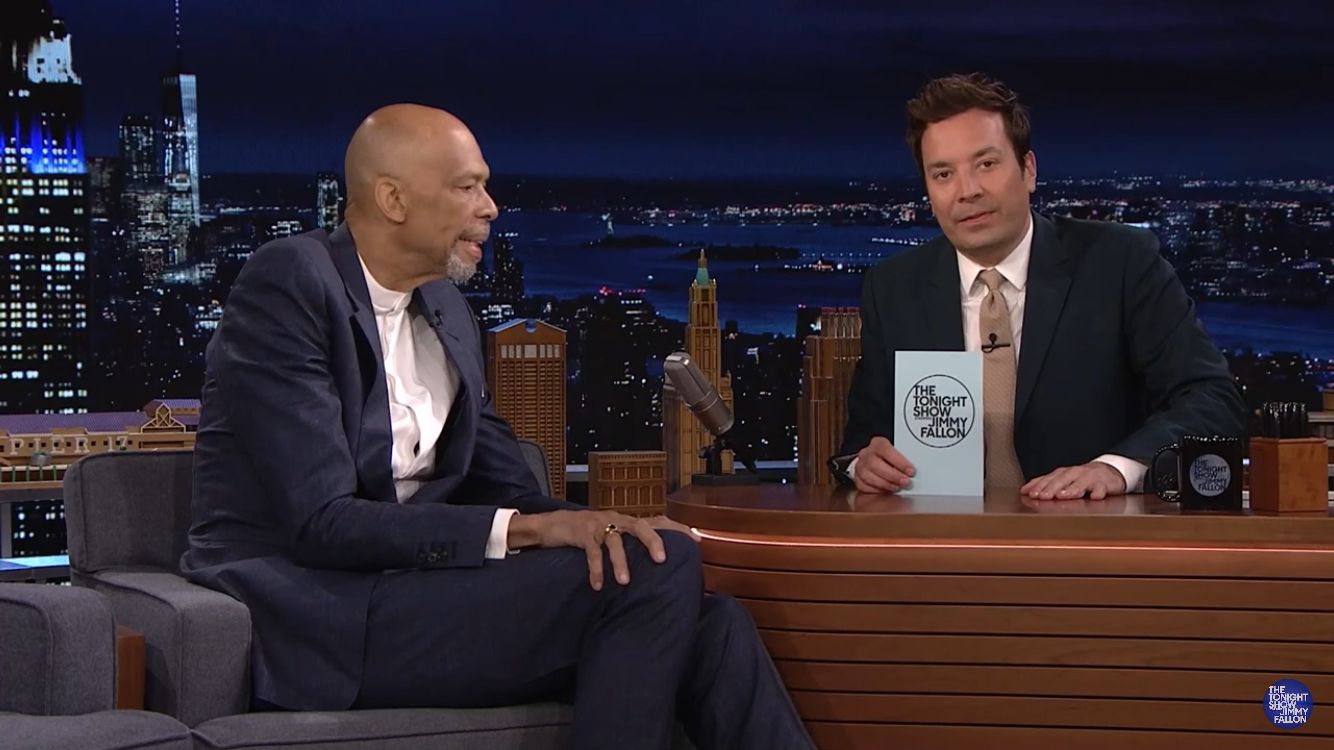 Jimmy Fallon asked Kareem if he’d have a mullet or a ponytail. He replied, “I’d rather have a choice between either of them.” Jimmy continued, “Star Wars or Star Trek?”  Jabbar said he likes Star Wars because he always wanted to play a giant monster in a movie. and for Chewbacca, it’s not going to be so hard to learn his lines.

Jimmy asked, Best BBQ side, Baked beans or Coleslaw. Jabbar said, “Coleslaw doesn’t want to be near me anytime I’ve had a bowl of baked beans.” He was then asked about Slam Dunk or Skyhook. Kareem chose a slam dunk and said, “because if I want to intimidate. Skyhook if I want to show people they can’t stop me if they tried.”

The Greatest Of All Time… 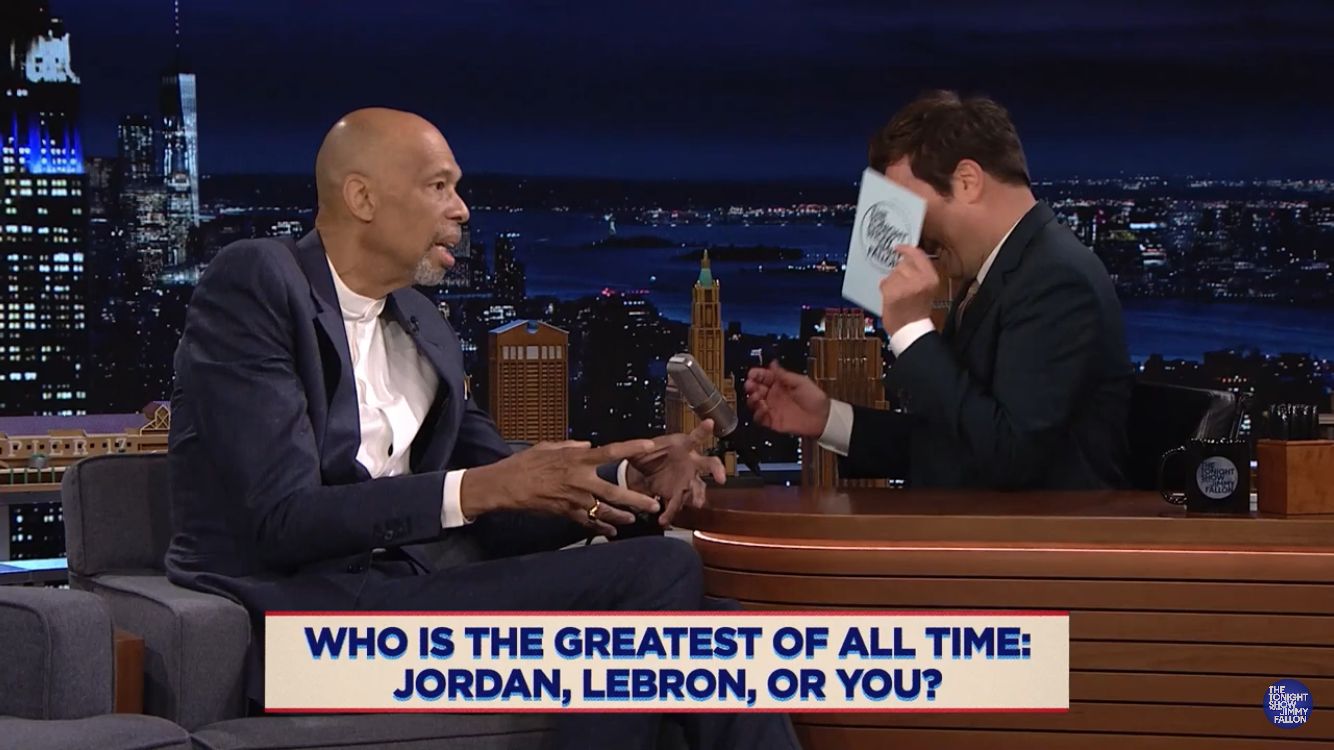 The best question of the night ended with “Who is the Best Player of all: Jordan, Lebron or Kareem?” He hesitated a bit and then said, “I’ll answer. The G.O.A.T. Committee meets in secret, okay?” So…That’s just something we’re not going to know about, you know? But if Lebron breaks my record this next year coming up, that will be one last record that I won’t have to worry about ever again.”