Minions: The Rise of Gru is unquestionably everyone’s new favorite movie. The narrative is popular with audiences, but what about the soundtrack? That certainly has your attention, doesn’t it?

This movie is a work of cinematic art. In the 1970s, young Gru attempts to enlist the Vicious 6 after they depose their leader, the iconic fighter Wild Knuckles. When the conversation goes awry, Gru and his Minions flee, with the Vicious 6 warm on their tails. 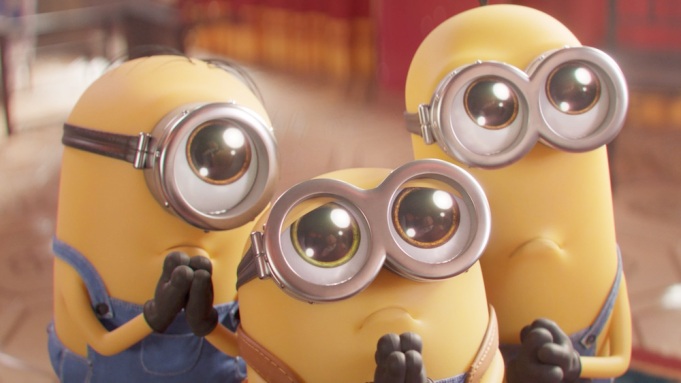 Fortunately, he seeks advice from an unlikely source: Wild Knuckles himself, and soon realizes that even evil ones need a little help from their friends. Let us now discuss the soundtrack.

Minions: The Rise Of Gru Soundtrack

The soundtrack featured in the movie will be recognized by the majority of viewers at times. And on social media, Jack Antonoff, the record producer for Minions: The Rise of Gru, revealed information about the guide.

He stated, “my favorite 70s songs performed by my favorite artists + an original I wrote with sam dew, Patrik Berger and Kevin parker performed by Diana Ross and tame impala called ‘turn up the sunshine’ recording sessions for these were some of the most special and bizarre ….. stories one day.”

1. Turn Up The Sunshine By Diana Ross and Tame Impala

The official music video is available below.

This song was originally recorded by Earth, Wind & Fire, in 1975. The music begins with an amazing beat. The lyrics read, “When you wish upon a star.

Your dreams will take you very far. But when you wish upon a dream. Life ain’t always what it seems.” And at some point, spectators relate to it.

This amazing track was originally recorded by Lipps Inc in 1979. When you live long enough you see idols become minions.

This was originally recorded by Kool & The Gang in 1974. ‘Came a real long way to make it here.’ But this track definitely makes it worth it.

It’s a masterpiece. The lyrics are beautiful. “Love is like a never-ending melody. Poets have compared it to a symphony. A symphony conducted by the lighting of the moon.

But our song of love is slightly out of tune.” It definitely has a deep meaning. The singer deserves vocal appreciation.

This track was originally recorded by Nancy Sinatra in 1966. It’s literally like a few seconds.

It was originally recorded by Steve Miller Band in 1976.

8. Goodbye To Love By Phoebe Bridgers

This was originally recorded by The Carpenters in 1972.

This one’s originally recorded by John Lennon in 1970.

Well, it was originally recorded by Linda Ronstadt in 1975.

This was originally recorded by The Ides of March in 1970.

We all know this amazing singer with extraordinary singing talent. You will love the vibe that this music gives.

This one’s originally recorded by Santana in 1970.

15. Born To Be Alive By Jackson Wang

The song has a strong emotional impact on the audience. Jackson Wang’s voice is always the center of attention. Both the original and this version are superior. Patrick Hernandez originally recorded it in 1979.

Originally recorded by Simon & Garfunkel in 1970.

This one will give you goosebumps from beginning to end. RZA never lets its listeners down.

18. Minions: The Rise of Gru Score Suite By Heitor Pereira

Last but absolutely not least.

Just in case, here’s the Spotify link too of the soundtrack.

What do you think of this guide? Will you be adding these songs to your playlist? You are welcome to leave your thoughts in the comments section below.