Michael Bublé is officially a father of four now! Recently, the I’ll Never Not Love You singer and his wife Luisana Lopilato shared that they have welcomed their fourth baby on the social media platform Instagram.

The pair has been blessed with a baby girl. Continue reading further to catch a sight of Michael and Luisana’s newborn baby and find out her sweet name as well. Michael and Luisana’s baby no.4 has joined them earthside

On Friday, Bublé and his wife Luisana announced the news of their baby girl’s arrival via a joint statement on the social networking platform Instagram. The couple dropped a beautiful snap of themselves with their daughter.

“From love comes life, light and her… our baby Cielo Yoli Rose Bublé. You finally arrived to our lives with your 3,8 kg!!! Thanks God for this infinite blessing, we love you!! Noah, Elias, Vida and your mom and dad ❤️,” they captioned the post. In the adorable photo shared by the pair, we can see Michael and his wife Luisana holding the tiny foot of their newborn daughter. The name of the couple’s baby girl ‘Cielo’ translates to ‘Sky’ in English.

When did Bublé and Luisana announce that they were expecting their fourth child together?

The couple revealed that they were expecting baby no.4 earlier this year in February. At that time, Bublé and Luisana shared the piece of great news via Bublé’s music video for the song I’ll Never Not Love You.

Then, Lopilato debuted her baby bump in the music video of the song. In a clip, she could be seen walking in a grocery store scene along with sons Noah, 8, and Elias, 6, and daughter Vida, 4. 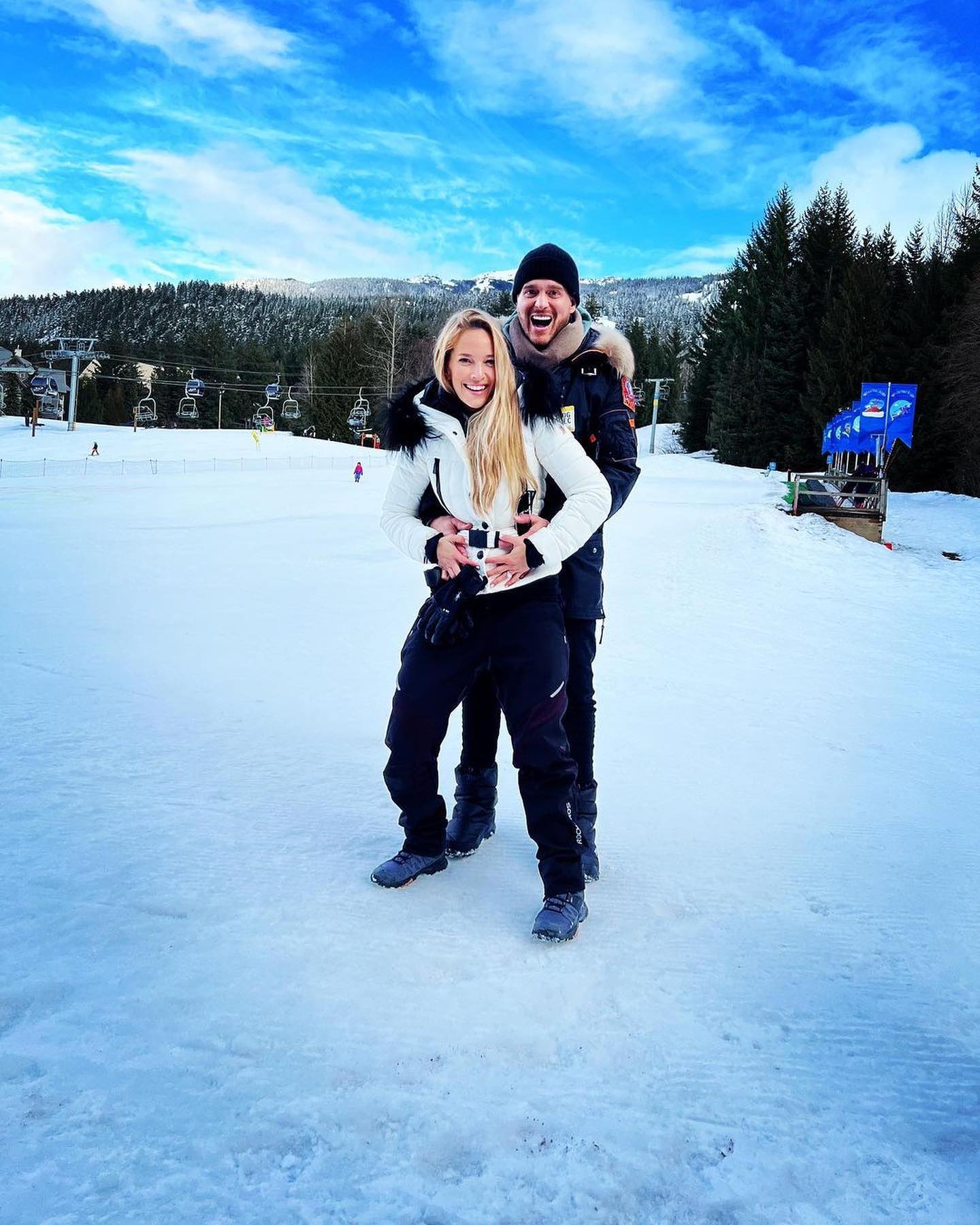 Around that time, the You’ll Never Find Another Love Like Mine crooner let the cat out of the bag. Michael posted a couple of pictures on Instagram. In the first snap, Bublé cradled his wife’s baby bump during a snowy vacay. The second picture showed, the pair’s three kids kissing Luisana’s baby bump. “Ooops! We did it again

Michael shared his plans about baby no.4 in December 2021

Yes, you read that right. The 46-year-old singer spilled the beans on expanding his family before. During a December 2021 interview with US Weekly, Michael talked about plans to add another member to their clan.

Then, the It’s Beginning to Look a Lot Like Christmas singer told the media outlet that when his wife Luisana expressed her desire to have baby no.4 he replied, that “three is good.” 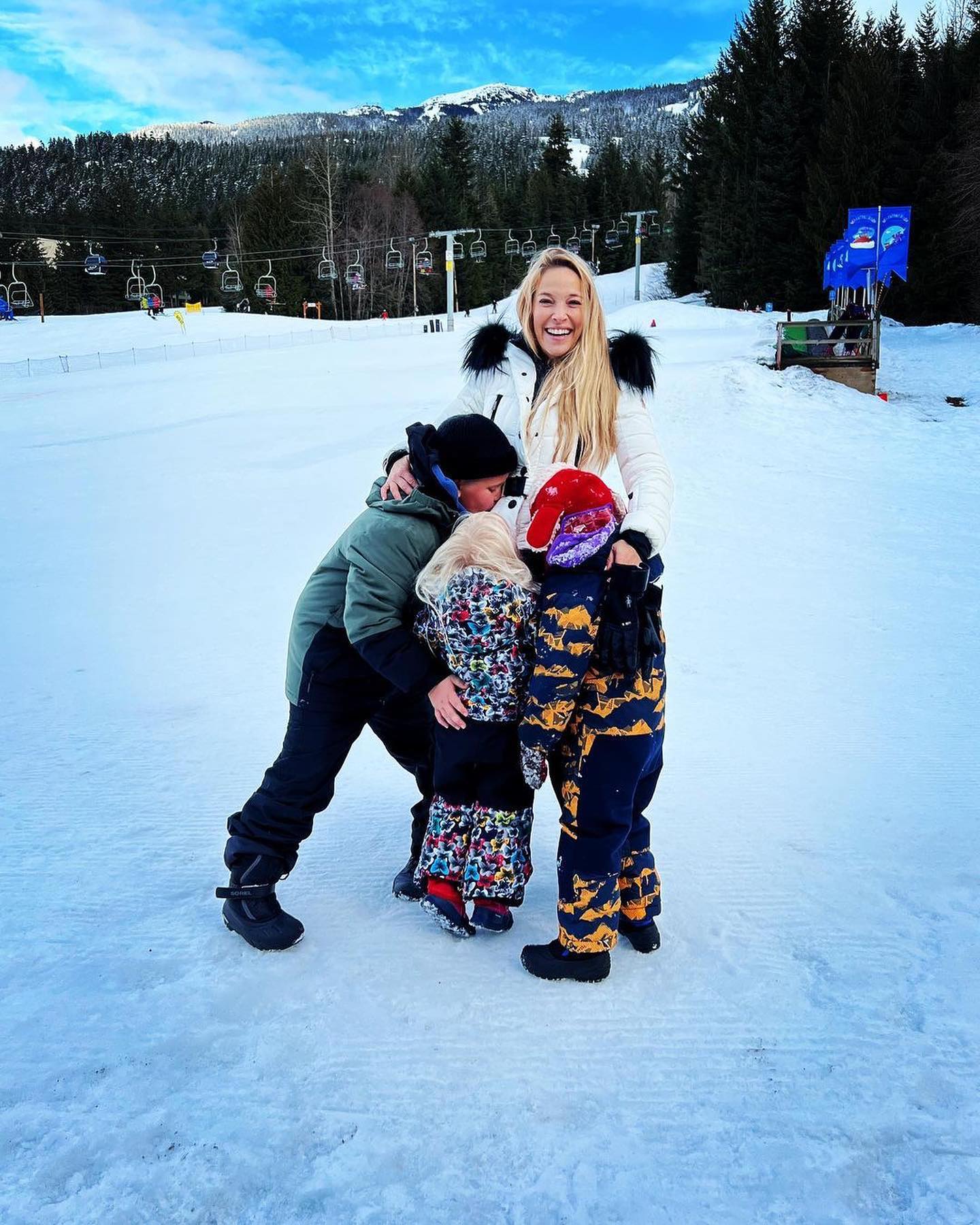 The Canadian native further added, “My wife giggled, and I said, ‘What’s funny?’ And she said, ‘I think it’s so cute that you think you have an option.’” Bublé and Lopilato tied the knot in March of 2011 and they are proud parents of four now.

We send our heartiest congrats to both Michael Bublé and his wife Luisana Lopilato on the newest addition to their clan. Sending heaps of love to their little bundle of joy. Don’t forget to stay tuned with us for the latest updates from the world of showbiz.