At the moment, the air is filled with romance rumors about Tom Brady and Veronika Rajek. A couple of weeks after his divorce from Gisele Bündchen was finalized, the football quarterback for the Tampa Bay Buccaneers was linked to a few women.

Tom’s latest romance with Slovakian model Veronika Rajek has caught the most attention from the side of fans. Read on to know more about Brady’s new love interest, Veronika Rajek, including her profession and more. 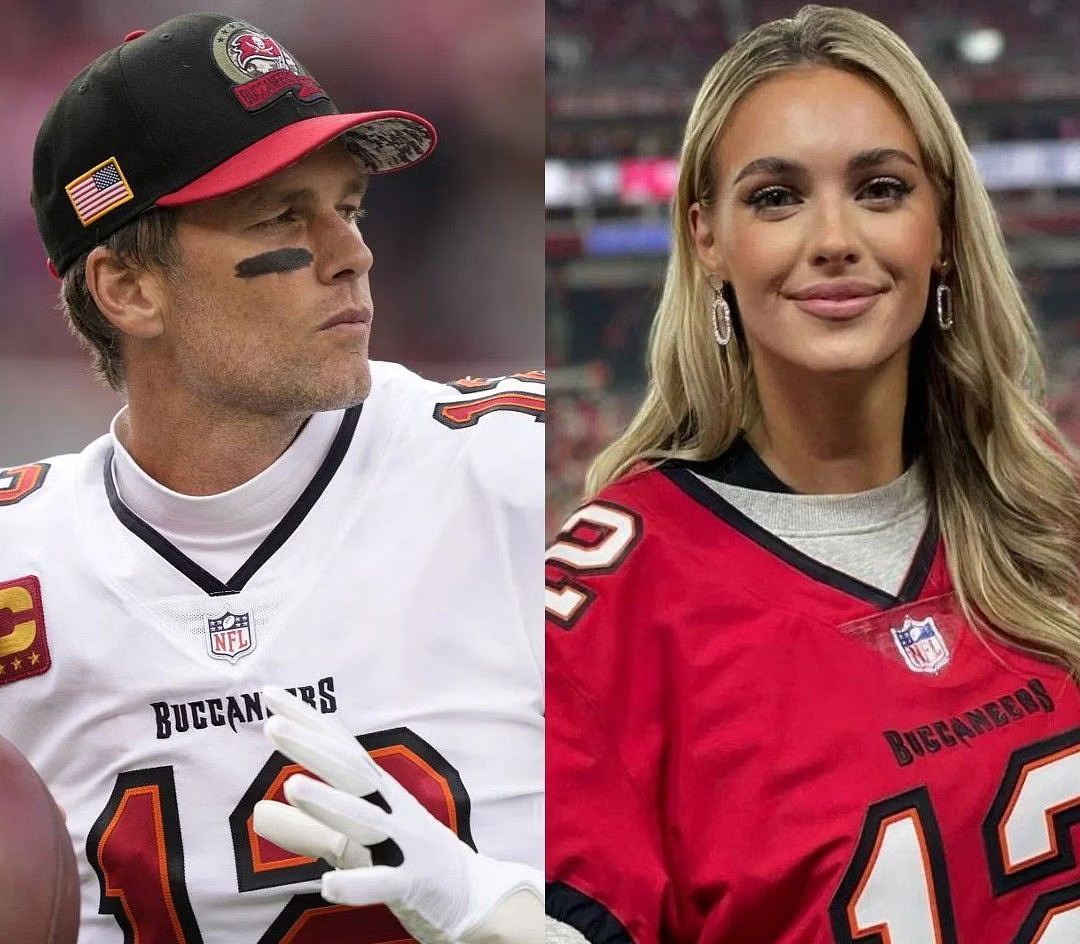 Here’s, everything you need to know about Veronika Rajek (early life, profession and more)

For those of you who are unaware, let us share with you, Veronika Rajek is an Instagram model and social media influencer. She is originally from Slovakia, which is a country in Central Europe. At the moment, she is 26 years old.

Over the last couple of years, Rajek has managed to build a loyal fan base on various social media platforms like Instagram. She is one of the most popular social media influencers in Slovakia.

In the year 2016, Veronika competed in the Miss Slovakia beauty pageant and she ended her run in the contest as a finalist. She is a big deal in her home country. Lately, she has garnered the attention of American audiences due to her admiration for Tom Brady.

Rajek confessed her love for the former New England Patriots player after his divorce from the model Gisele Bündchen. The former couple shares three kids: sons Jack and Benjamin and daughter Vivian Lake.

Apart from this, Veronika is also a brand ambassador for the popular clothing brand named Fashion Nova. Every now and then, she is seen promoting the brand on her Instagram page.

“There are two ways of spreading light: to be the candle or the mirror that reflects it.” 🤍@Fashionnova #ootd,” she captioned a series of photos from December 20, 2022.

Veronika Rajek has modeled for many renowned designers

As per Rajek’s website, up until now, she has modeled for some pretty famous designers, such as Blumarine, Vera Wang, Hide & Jack, Moschino, and Philip Plain. Apart from this, she has also hit multiple runways for Miami Swim Week. She also posted snaps of the same on the social media platform Instagram.

A couple of bikini designers for whom Veronika has walked the runway are as follows: Mineral Melange Swim, bikinilista, and PLAYASOL SWIM. You can get a mini-tour of the model’s daily life from her Instagram page.

Veronika Rajek is a sports enthusiast

According to her website, Veronika is a sports enthusiast. She works out almost every day and promotes a healthy and fit lifestyle. Back in the day, while attending high school, she used to compete in track and field.

When we talk about the favorite food of the model, it’s none other than crepes with Nutella and strawberries. Some of the Hollywood figures that inspire her are Miley Cyrus, Kate Upton, and Scarlett Johansson.

What did Veronika Rajek have to say about Tom Brady?

After Tom’s split from Brazilian supermodel Gisele Bündchen in October 2022, Veronika wasted no time in raving over the athlete on the social networking platform Instagram.

On December 6, 2022, the model took to her Instagram and wrote, “I saw the LEGEND and if somebody asks me again if I love Brady, yes I love him, and show me somebody who doesn’t. Even his haters love him because they know he is the [goat emoji] @tombrady thank you for an amazing show #GOATFOREVER #12.”

Followed by a user who penned, “Waiting for Tom Brady to hit that dm,” meanwhile another user chimed in and further added, “He’s also single and ready to mingle.”

What did Veronika Rajek have to say about her own beauty?

The Instagram model has publicly talked about being “beautiful” and in a November 2021 interview with The Sun, she went on to say that it makes life “worse” for her. At that point, she said, “People don’t even believe I exist. It’s pretty discriminatory that other women can do the same thing as me and I can’t, and I just get deleted because of my looks.”

The world traveler told the media outlet,  “I call myself an alien as people don’t believe I’m real. They think I’m an AI robot or a catfish online.” She further added, “People say beautiful people have it easy but I have it worse as people make it harder for me because I’m beautiful.”

Rajek continued, “I get messages from men who don’t think I’m real but the worst messages on my Instagram are from women asking me why I’m pretending and asking for proof.” She said, “I get more abuse from women as they are jealous and they think I want their boyfriend.” 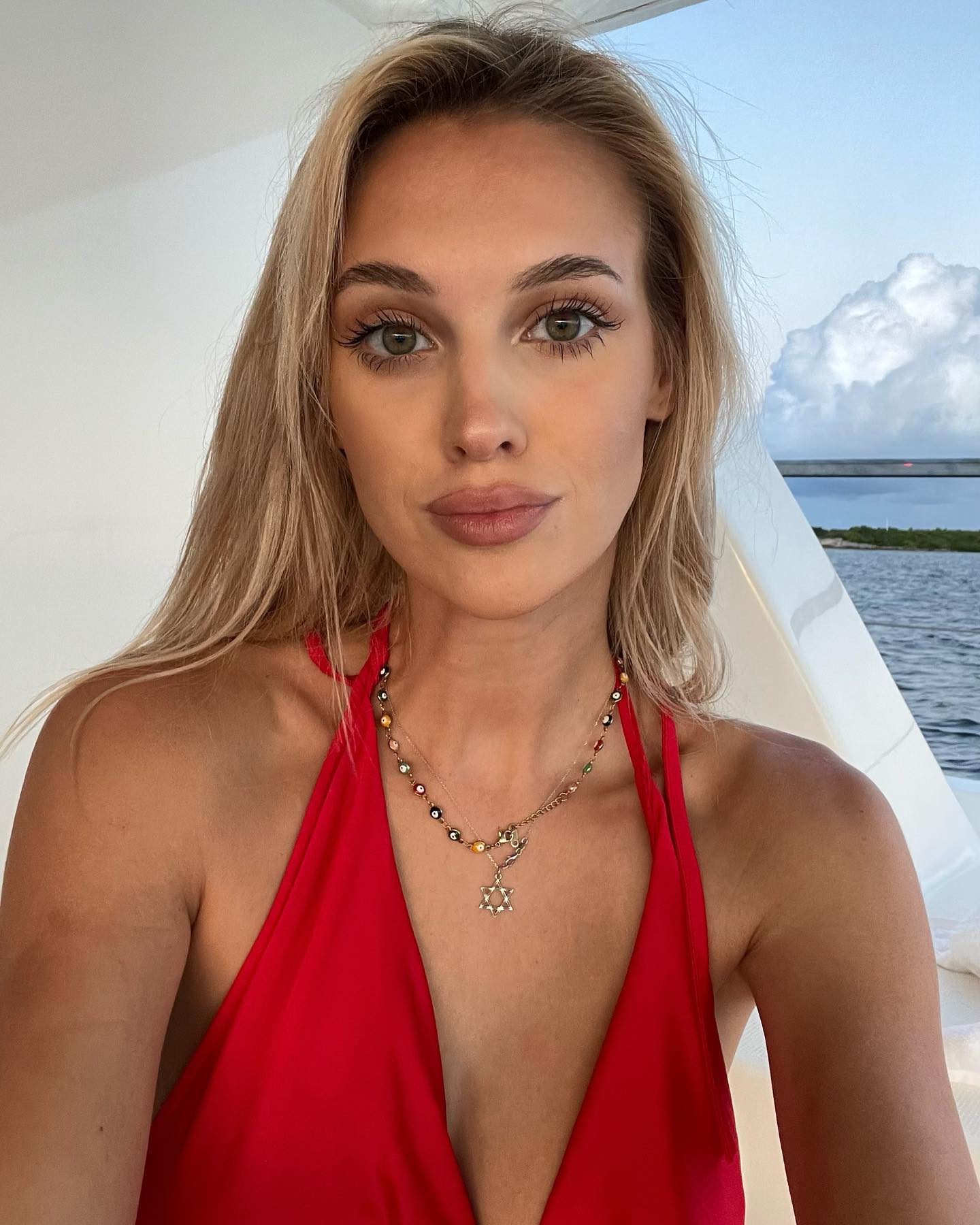 As per a report by Hollywood Life, Veronika has even gone as far as to get a sonogram done on her breasts to shut down the rumors from haters. In November 2021, she posted a video on her Instagram profile to debunk all the rumors.

“People say my boobs are not real, here is my sonogram and doctor’s statement,” she wrote in the caption of the Instagram video. She continued, “There is only one TRUTH #REAL #Happyve.”

Veronika’s Instagram feed is filled with stunning snaps of herself from her travels all over the world, a couple of pictures of her with her friends and family members, and a series of photos from professional photoshoots.

Do you think Veronika Rajek and Tom Brady are a perfect match for each other? Kindly let us know your thoughts in the comments section below. Don’t forget to stay tuned with us for the latest updates from the world of showbiz.