Valentina and Salma grace the cover of ‘Vogue’ Magazine

We must say that the duo looks stunning on their new cover for Vogue México. It seems like they are each other’s twin. This is the very first time that Salma and Valentina have been on a cover of a magazine together.

In an Instagram post, Salma wrote, “What a great early Mother’s Day present. Loving these beautiful photos by @nicobustos and this special moment with my Valentina. Thank you @voguemexico!” in the caption on April 26, 2022. 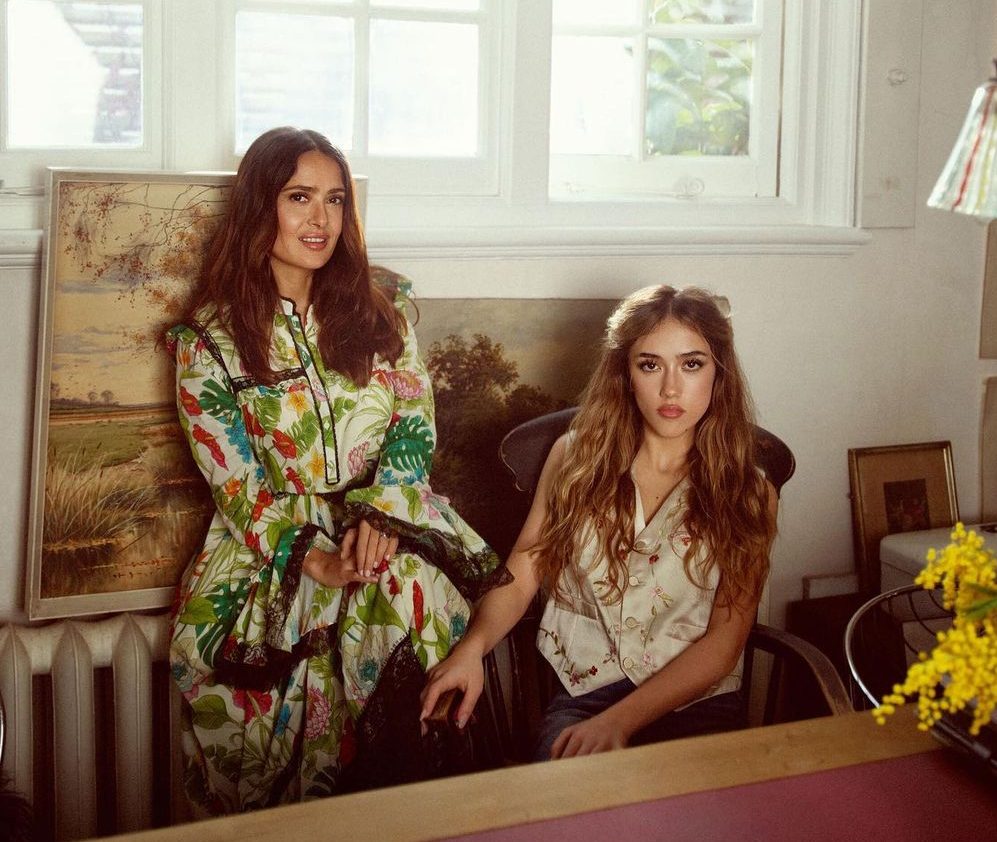 In the pictures of their Vogue shoot, Hayek and her daughter Valentina can be seen embracing minimalist glam by celebrity makeup artist Lisa Eldridge. The photos of the mother-daughter duo have turned out to be just gorgeous.

The two also sat down for an interview, in which Salma said, “In this house we fight over clothes because she takes everything from my closet. Since she was little she never let me choose her clothes, and I always liked that.” 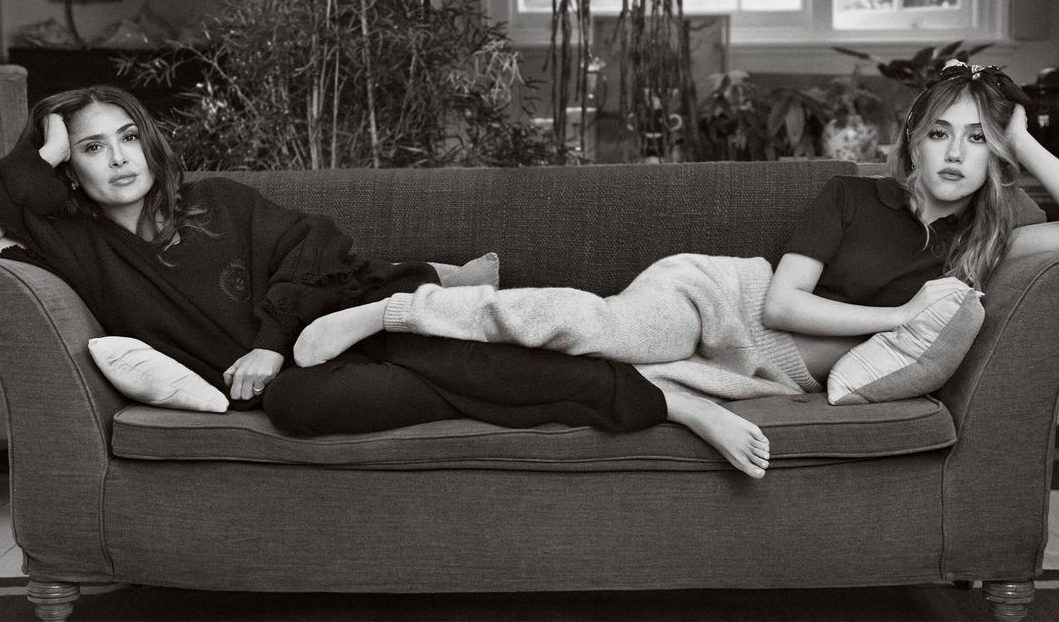 Valentina added, “The truth is that when it comes to clothes, I love hers, but in general I always wear what I like, I hardly notice the brand. In general, I also like to combine and wear vintage pieces.”

Who is Valentina Paloma Pinault?

The full name of Salma’s daughter is Valentina Paloma Pinault. She is 14 years old. In the past, she has been clicked by the paps at various occasions from premieres of the movies to other events. 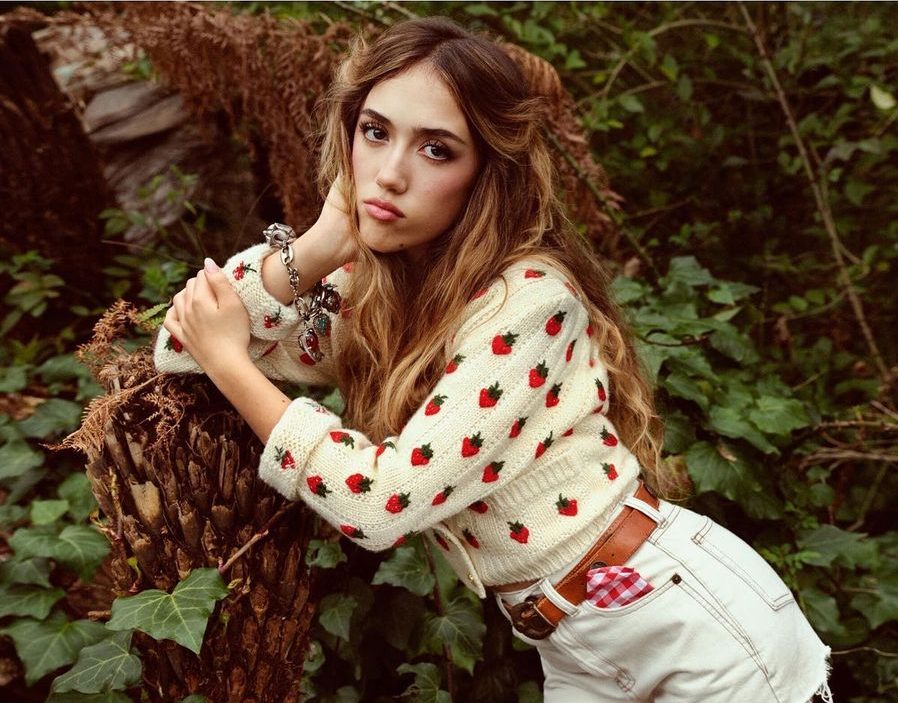 Valentina is ready to follow in the footsteps of her mom. During her latest interaction with Vogue México, she said, “I would like to be an actress and then a director. That’s what makes sense in my head.”

The mother-daughter duo was spotted out and about in public during the last month at the Paris Fashion Week. Her stepdaughter Mathilde also joined the two of them. Previously, Valentina also joined her mom at the Los Angeles premiere of Eternals in October.

The trio attended the Balenciaga show and we must say they brought their A-game to the big event. Hayek shares her daughter Valentina with her husband François-Henri Pinault. The couple tied the knot in the year 2009. 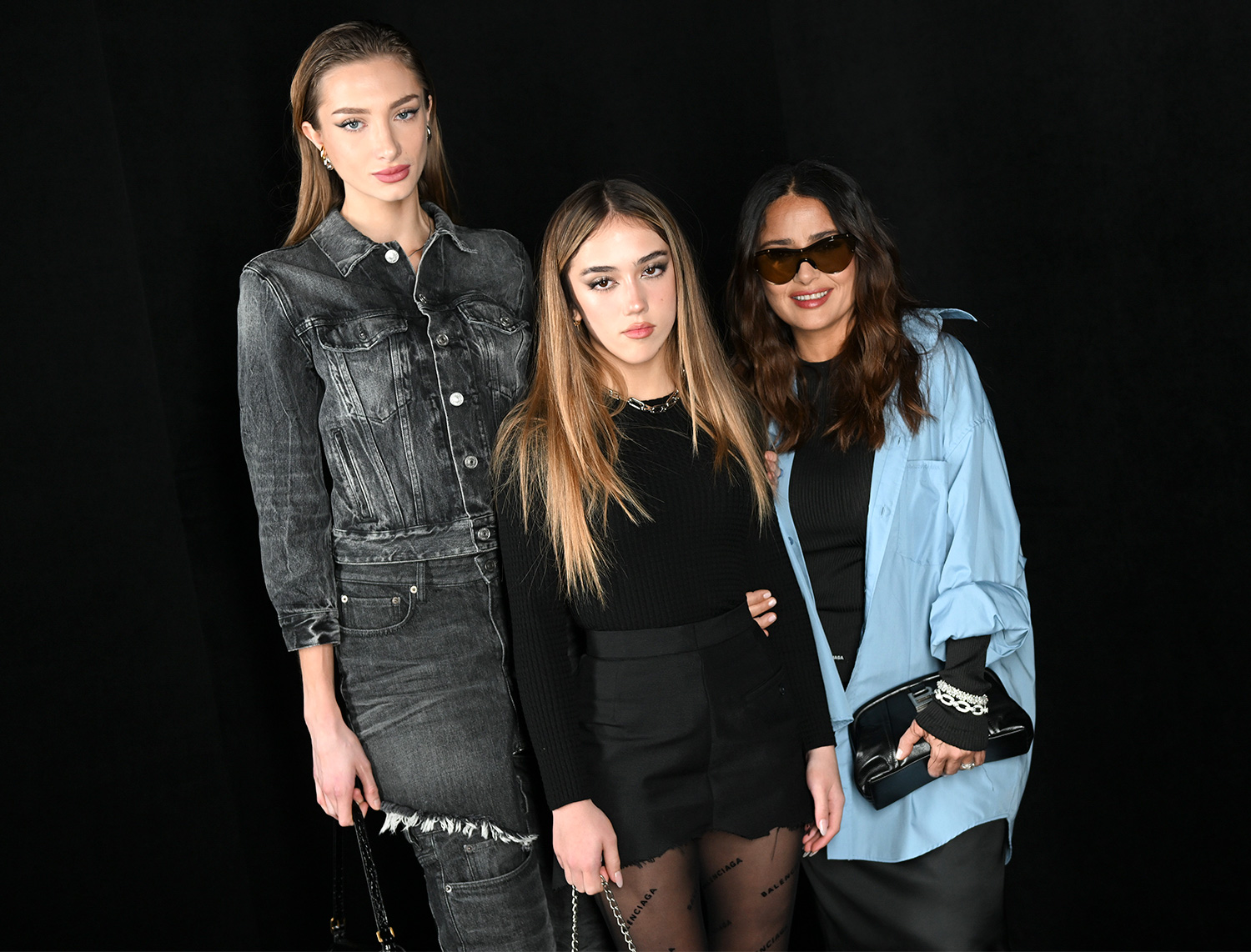 For their day out, Salma sported a black ribbed top, satin skirt, and blue button-up shirt. She completed her look with silver bracelets and a Balenciaga clutch. On the other hand, Valentina opted for an all-black ensemble with sheer Balenciaga-labeled tights and Mathilde rocked a full dark denim outfit.

What did Salma have to say about her daughter seeing her work?

During an interview on The Ellen DeGeneres Show, the 55-year-old spilled the beans on the time when she took her daughter to the premiere of the movie Puss in Boots in October 2011. She stated at that time Valentina was little and she’s often nervous about her daughter seeing her work. From Dusk Till Dawn star talked about taking her daughter to see Eternals and she said, “I gotta tell you, she’s very tough. I was terrified to take her. She’s seen movies where she goes, ‘My God, that was awful. Mom, what were you thinking?’ So I was so scared. As you heard, she liked this one, so.”

We can’t wait to see more of this adorable mother-daughter duo in the future. Don’t forget to stay tuned with us for the latest updates from the world of showbiz.