Meet the Cast of ‘Too Hot To Handle’ Season 4

Too Hot To Handle is back with another exciting season! The newest cast members of the latest season of the reality show consist of some stunning ladies and a couple of handsome hunks.

For those of you who are unaware, let us share with you, Too Hot To Handle is a dating game show where gorgeous singles meet each other on the shores of paradise and they mingle. To win the show and its prize money of $100,000, they will have to stay celibate. 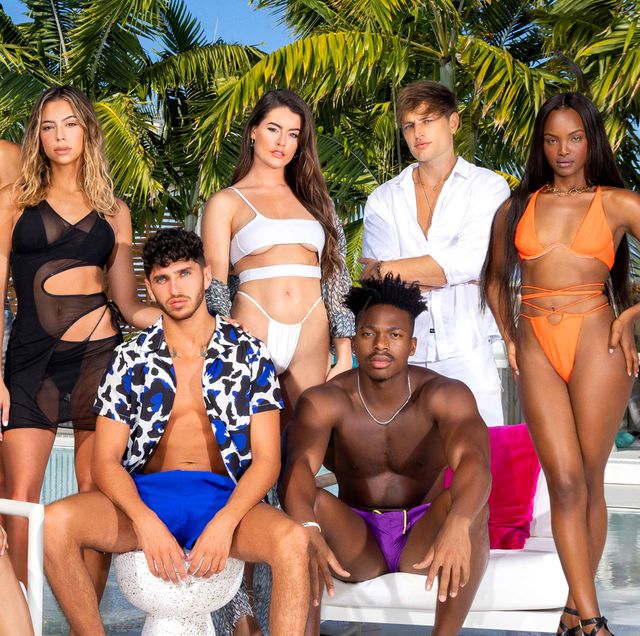 Season 4 of the reality series, Too Hot To Handle will be dropping on the streaming giant Netflix on December 7, 2022. We know all of you are curious to meet the newest batch of singles. So what are you waiting for? Keep scrolling further to see the cast of the latest season of the dating show.

Meet the cast of ‘Too Hot To Handle’ season 4

Brittan Byrd is a beautiful blonde who was born and brought up in Hawaii. At the moment, she is 22 years old. She is a model by profession. It wouldn’t be wrong to say that she is sun-kissed all year around. She is all ready for her stay at the retreat surrounded by gorgeous singles and lots of sunshine.

Byrd is truly a daddy’s girl at heart. She thinks that she has already figured out men and she can’t wait to step into a retreat. She is someone who knows exactly what she wants.

Brittan is pretty active on Instagram. As of this moment, she has 118k followers on the social media platform Instagram. Up until right now, she has 193 posts on her Instagram feed. Her Insta bio reads, “i’m only defined by my own vision.”

Creed McKinnon is anything but a typical bad boy. He is originally from Perth, Australia. Right now, he is 24 years old. He is an entrepreneur. He is one of those guys who walk into a party and all eyes are on them.

it looks like, Creed will be getting a similar treatment during his stay at the retreat as well. He is well-versed with dating, sliding in the DMs of girls, and ditching them without being held on account. So how is he going to survive in Too Hot To Handle?

Creed also has a profile on Instagram. Currently, he has more than 30k followers on Instagram and has around 130 posts on his feed. His bio reads, “I have the Aussie flair with my Prince Charming hair.” As per his Insta bio, he is the co-founder of Versaware Technologies.

Dominique Defoe is a computer science student who hails from Colorado, U.S.A. Currently, she is 23 years old. She is the one who is manifesting her next love interest. She is an adventurous person.

Like her other Too Hot To Handle co-stars, Defoe is present on Instagram. As of this moment, she has around 5k followers on the social media platform. Her bio reads, “My friends say I’m somewhere between a daydream and a nightmare, I live in my fantasies.”

James Pendergrass is a sportsperson. He is from Hawaii, U.S.A. He is a funny, party-loving and irresistible charming basketball player. Because of his hot looks and athletic talent, he scores points both on and off the basketball court.

When it comes to sports, James abides by all the rules and regulations of the game. The real question is will he will be able to get used to the guidelines of the retreat? Presently, he has more than 6k followers on Instagram.

Jawahir Khalifa is a model who belongs to Amsterdam, Netherlands. She is 22 years old. It looks like the retreat is going to be her runway. In the past, she has been in a relationship but she isn’t used to having her advances curtailed by anyone.

Khalifa boasts a fanbase of 20k followers on Instagram. Her feed is filled with stunning pictures of her from her travels all over the world. Her Insta bio reads, “I always say to my friends: maybe it’s melanin, maybe I was born with it.”

Kayla Richart can’t wait to take the retreat by storm. She is a model. She is the best friend that literally everyone fancies. She is beautiful inside and out. When Kayla steps into a room, all the spotlight is on her.

The Los Angeles native will feel like a kid in a candy store when she enters the retreat. The model has more than 20k followers on Instagram. Her bio states, “My friends say my intuition is never wrong, I think that’s my biggest flex.”

Nick is from a small town in Michigan. This spiritual sensation always knew that he was destined was so much more. To date, he has visited many beautiful places around the globe like Philippines, Australia, and Mexico.

Kici has been in more than 10 relationships till now. It seems like he has dated girls in every country he has visited. He knows love and lust all too well. Can he find a deep connection in the retreat?

Currently, the artist has more than 2.5k followers on Instagram. His Insta bio reads, “I’m a little sunshine, and a lot of rain.” At that time of writing, he has 40 posts on his Instagram feed.

When we scrolled through his Instagram feed of Nick Kici, we found many snaps of him with close friends and family members, a series of snaps from his trips all over the world, and some stunning snaps from professional photoshoots.

Nigel Jones is an entrepreneur and model who hails from New Jersey, U.S.A. He is a smooth talker who is all set to win everyone’s hearts with his charm, epic one-liners and magnetic aura. The motto of his life is, “keep the fun rolling.”

Nigel will keep lifting up the mood of the people at the retreat. He has nearly 17k followers on Instagram. His Insta bio is pretty unique. It reads, “I’ve been told I’m the same person in person, I wouldn’t beg to differ.”

Sebastian is a racing driver who lives his life in the fast lane. He is 24 years old and is originally from Glasgow, UK. His ocean-blue eyes and stunning looks might melt the hearts of the viewers.

This Latino is all set to spice up the game. He is a man who hardly says no to anything in his life. Seb might struggle to follow the rules in the retreat. He has around 8.7k followers on Instagram. According to his Insta bio, he is the co-founder of Reprimo.

Sophie Stonehouse is an event manager. She is 22 years old and belongs to Brighton, U.K. She has been in one long-term relationship. Since then, she has had a taste of freedom and a few casual hook-ups. Her standards are as high as the shard.

Sophie Stonehouse’s Instagram feed will give you a mini-tour of her life. She has more than 5k followers on Instagram. Her Insta bio reads, “If all else fails then at least I laugh at my own jokes…”

Are you looking forward to season 4 of Too Hot To Handle? Kindly let us know your thoughts in the comments section below. Don’t forget to stay tuned with us for the latest updates from the world of showbiz.