Here are the cast members to add excitement to the amazing movie The Man From Toronto.

We found the movie The Man From Toronto amusing enough to see it all, and it distracted us from more serious concerns. We adore Woody Harrelson and Kevin Hart. Most likely slapstick. There’s no need to go crazy or hunt for complaints; it’s just for pleasure.

And as we all know, a comic-action movie starring Kevin and Woody works absolutely nice. From a small bar in Boston to a psycho from Toronto, Woody just keeps getting better and K Hart has a continuous career of guy-busting engagements. 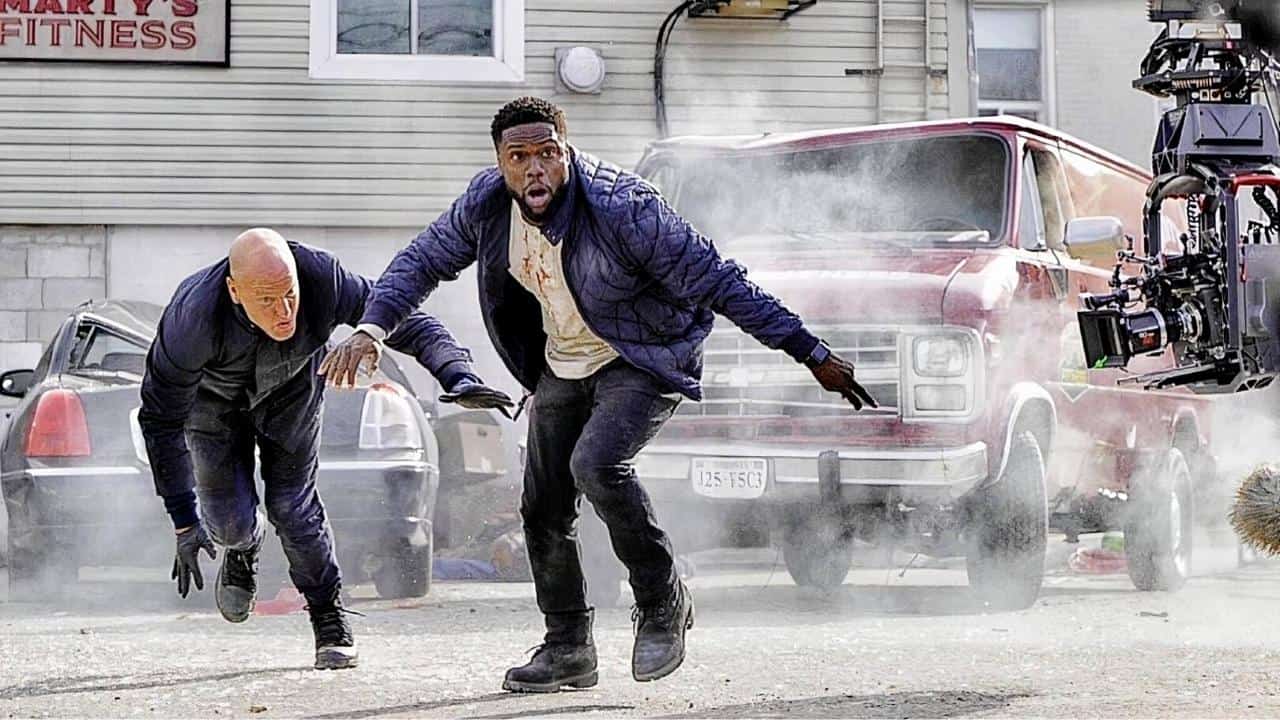 The other cast members also did excellent acting, so it wasn’t just the major characters that drew our attention. And we’re here to introduce them to you in this article.

The Man From Toronto Cast

Every Netflix movie or television series deserves a cast list from our website, and at this moment it’s not any different.

Kevin plays the role of Teddy; the main protagonist and the character around which the whole story revolves around.

In addition to appearing in comedies, actor Kevin Wilson performs stand-up comedy in real life. Most of you watched at least half of his movies, and we bet you enjoyed his stand-up comedy performances quite a bit.

Kevin Hart struggled greatly as a child growing up in a single-parent family dealing with his father’s absence due to drugs and odd jobs. He didn’t just have this talent and career from day one. 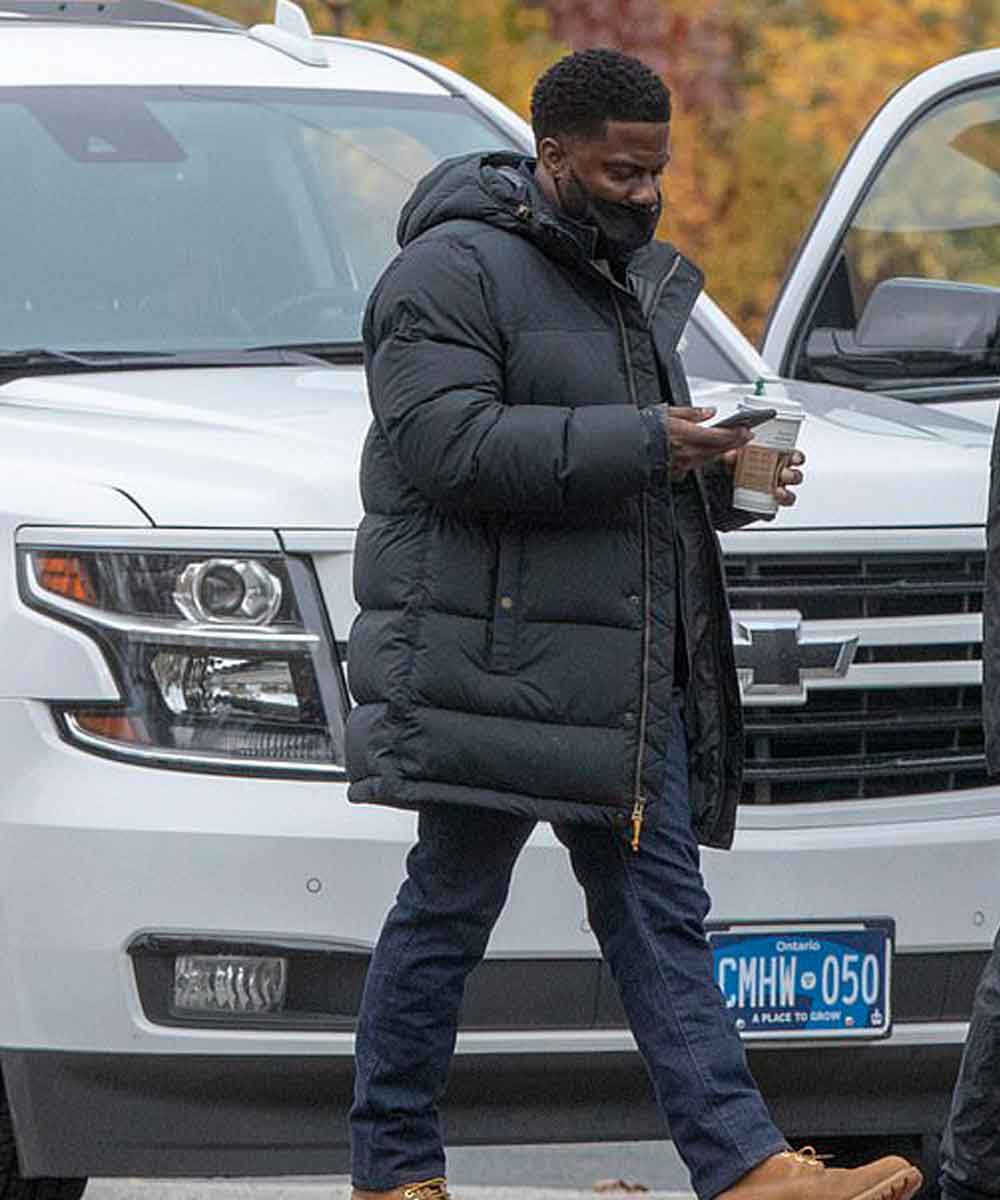 He tried to imitate other comedians in his early days, but that didn’t really do him justice. Only after a few unfortunate events did he start to discover his identity and his own distinctive style. And now, the rest is history. And he’s literally amazing in what he’s doing currently.

Woody Harrelson plays the role of Randy who’s the real man from Toronto.

Well, he is a beloved actor with an unusual backstory. And while his life had its successes and failures, fans love Harrelson for always seeming to be honest and natural, in interviews and in performances.

Known for prominent roles in, Natural Born Killers, The People vs. Larry Flynt, and Cheers, Woody Harrelson has been a presence in well-regarded films and TV for decades, and he shows no signs of stopping anytime soon. 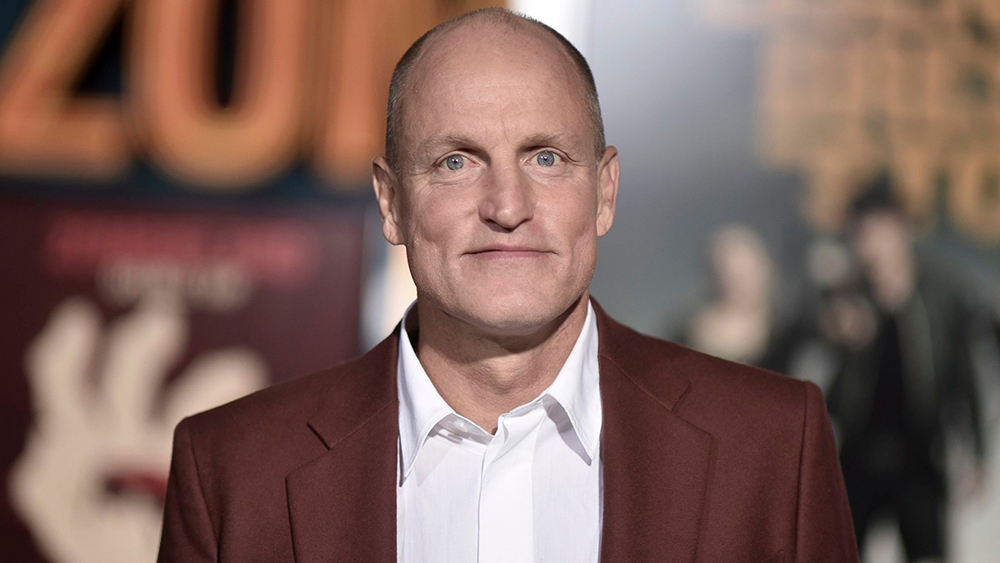 Kaley Cuoco will forever be known for playing Penny on the CBS hit sitcom “The Big Bang Theory”. Penny made Cuoco into a star and one of the most recognized faces on television because of the show’s large following. Cuoco is proof that persistence is key in Hollywood if you want to cut it as an actress. 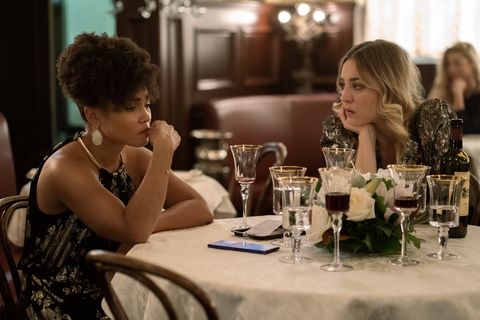 You might recognize Jasmine from her roles in the movies Blue Bloods, Heathers, Sweetbitter, The Rookie, and The Tomorrow War. And now again, the actress is going to appear in another upcoming movie Heart of a Lion, and the series Getaway. 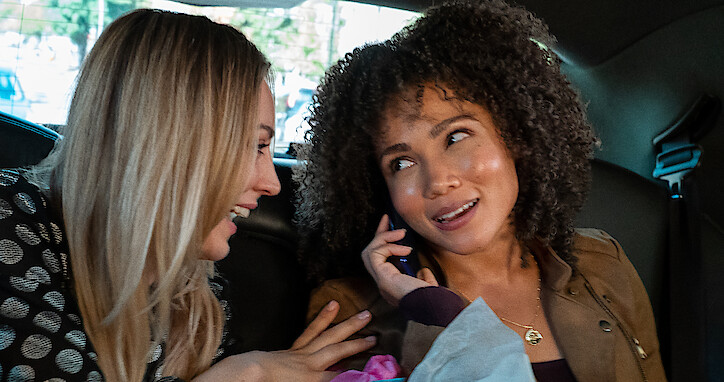 5. Pierson Fodé As The Man from Miami

Pierson Fodé plays among the interesting characters in the movie and is known as The Man From Miami.

Before we introduced him, viewers of the Nickelodeon teen series iCarly undoubtedly recognized Pierson. In addition, Pierson is well-known for his portrayals as Brooks on Jessie on the Disney Channel and as Ely in Naomi and Ely’s No Kiss List.

Additionally, he performed the parts of Joel Turner in Dynasty and Thomas Forrester in The Bold and the Beautiful. 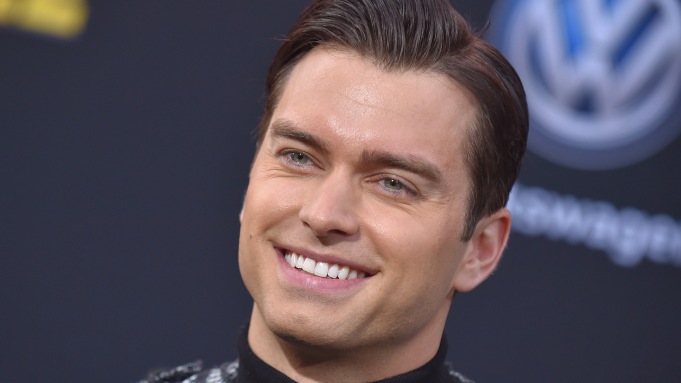 6. Tomohisa Yamashita As The Man from Tokyo

Even though Tomohisa is from Japan, he is shown in the film as a man from Tokyo. Songs by Tomohisa appear to be as well-known as his films.

Tomohisa Yamashita is an actor you may be familiar with from his work on Nobuta wo produce, The Head, and Code Blue: The Movie. Forever In My Heart, Beautiful World, Nights Cold, and countless other masterpieces are some of his well-known songs. 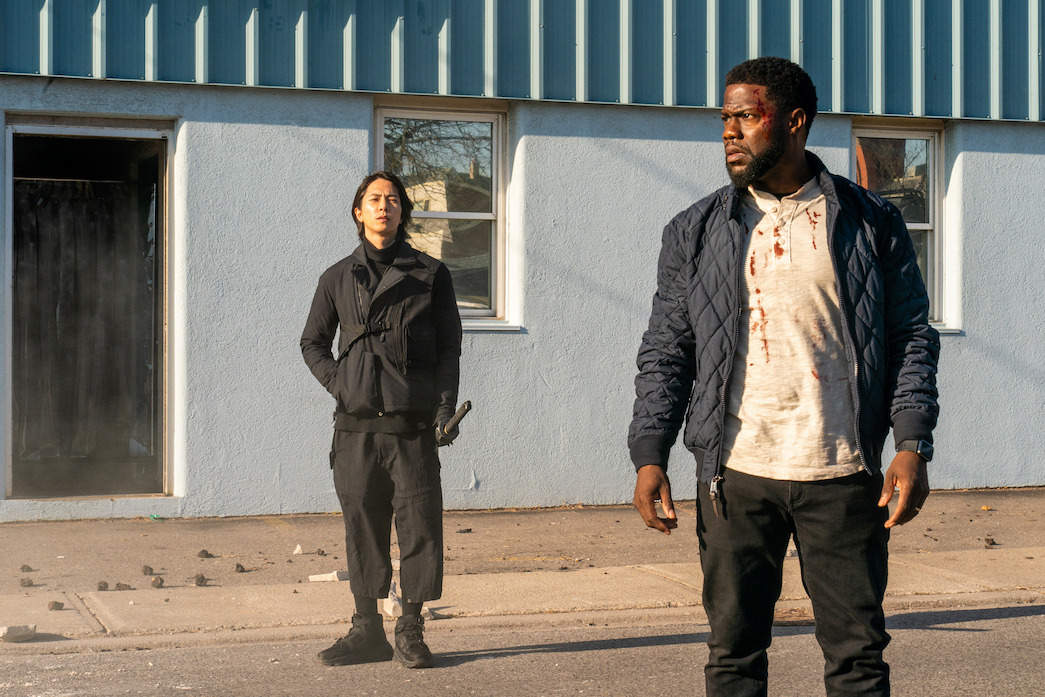 7. Ellen Barkin As The Handler

As her name suggests in the movie, she is known for working as The Man From Toronto’s handler in the film.

Ellen Barkin and Johnny Depp dated for a brief period of time in the late 90s. She had already testified against him during The Sun trial saying Johnny was verbally abusive towards her, however, he never physically abused her. 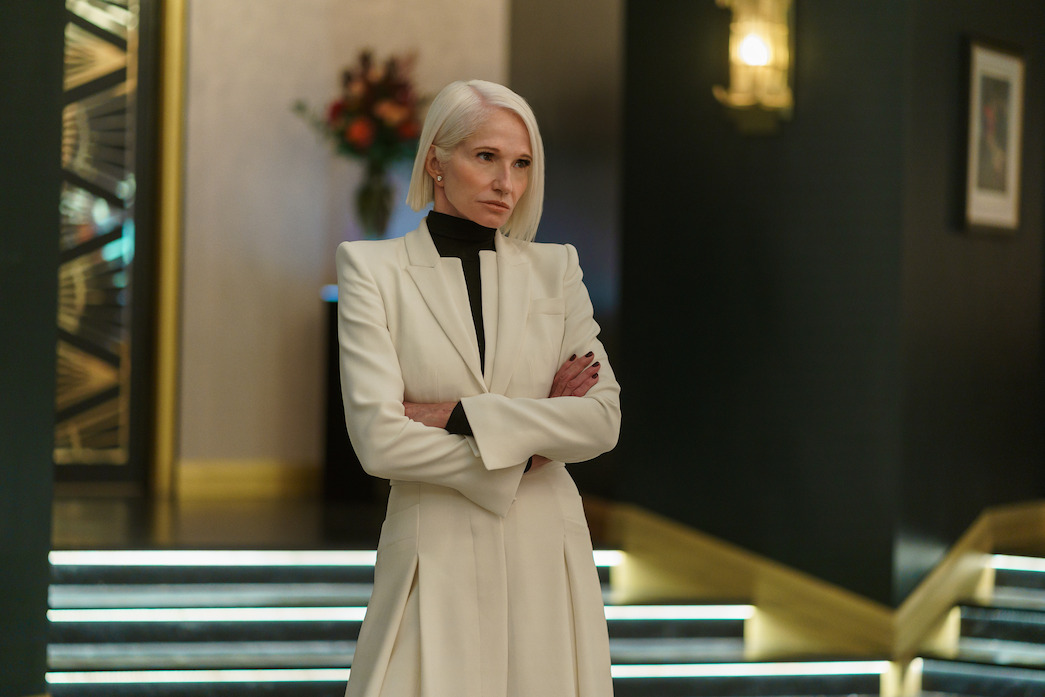 There is always a villain in any movie, and here we have Alejandro as Colonel Sebastian Marin.

Alejandro is well-known for his roles in Clear and Present Danger, Ylse, The Bold and the Beautiful, and The Contractor.

Daniela, played by Lela, intended to meet the Man of Toronto, but circumstances changed and Teddy got in the way.

The crime drama series Power, in which Lelas plays Angela Valdes, has experienced significant growth in popularity. Lena has played a variety of characters in the TV programs CSI: NY, including Chuck, The Mentalist, The Shield, Ghost Whisperer, and The Closer.

Last but not least, she portrayed Mrs. Bradshaw in Netflix’s Bruised, Marguerite Olsen in American Gods, and Danica Harlan in Altered Carbon. 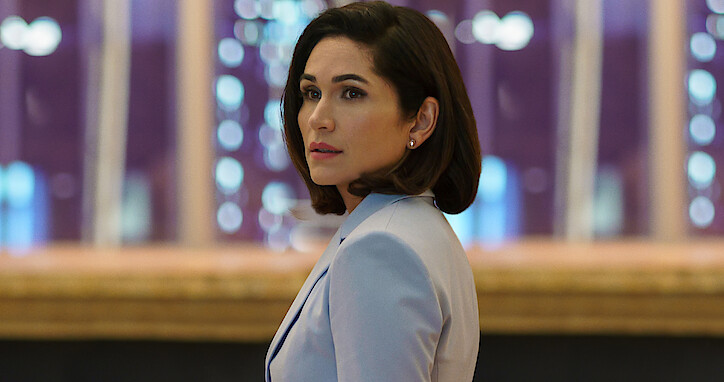 The FBI and Lori’s personal butler appear in the movie. But still but! Jencarlos Canela, who plays the actor, is actually much more talented in person. He’s a very well-known singer from Cuba. Amor Quédate, Dure Dure, Baby, and Bscame are just several of his well-known songs. 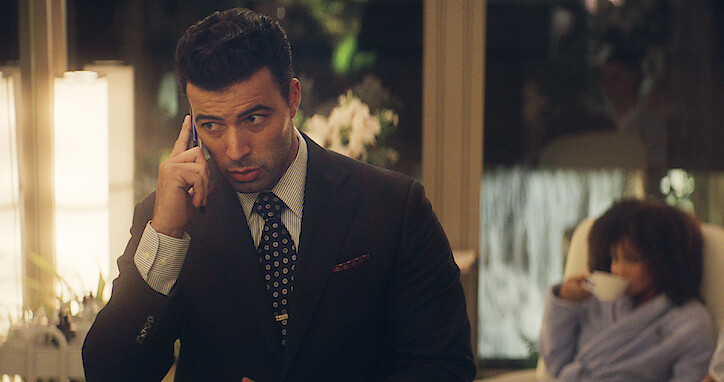 Have you seen the movie The Man From Toronto? This movie is absolutely something you should look forward to if you want a good laugh. Don’t forget to drop your views about this movie and the cast in the comments section below. And stay tuned for more updates.